The YouTuber turned boxer defeated the former UFC welterweight champion via split decision in his hometown of Cleveland, Ohio on Monday morning. 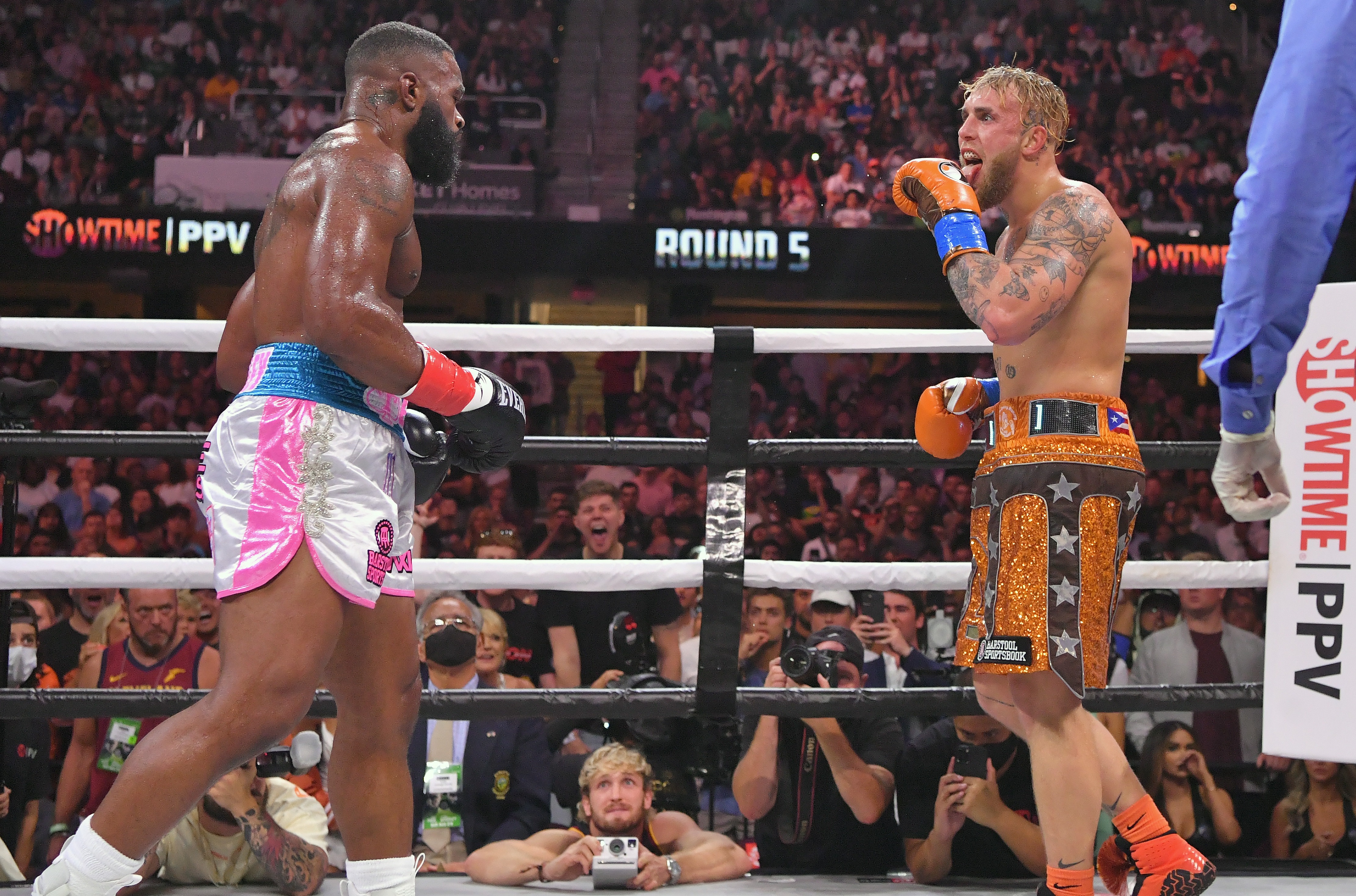 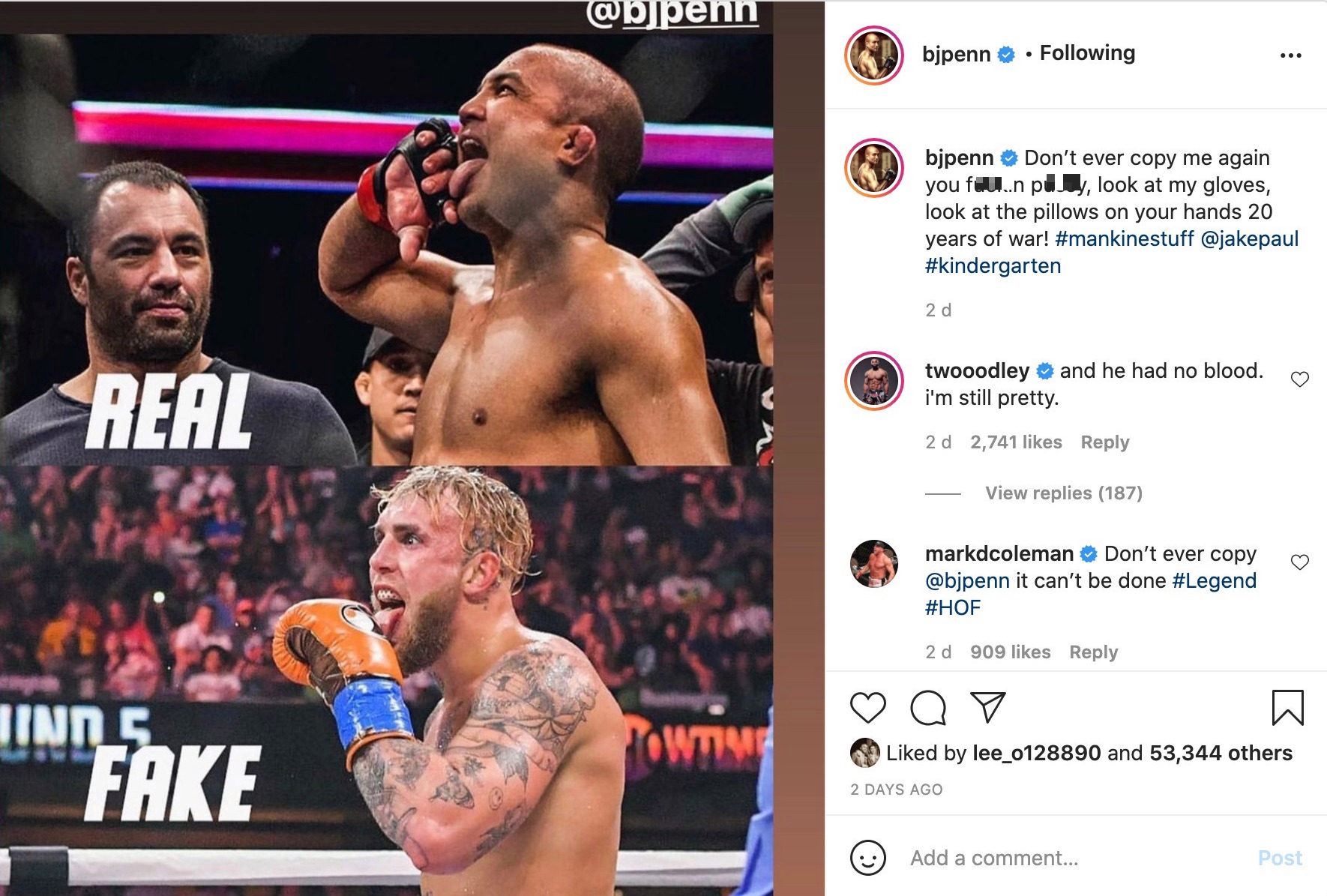 In the heat of the closely-contested eight-rounder, Paul licked his £450 Grant gloves.

The celebration was quickly picked up on by MMA fans and Penn, with the UFC icon tearing into The Problem Child.

Alongside comparison photos of the two celebrations, The Prodigy tweeted: "Don’t ever copy me again you f****n p***y, look at my gloves, look at the pillows on your hands 20 years of war!

Penn's licking of his gloves after his wars with Joe Stevenson and Sean Sherk are forever etched in MMA history.

The former two-division champion left 'Daddy' and 'The Muscle Shark' laying in pools of blood after their UFC 80 and UFC 84 clashes.

And seconds after the contests were over, the Hawaiian licked the pair's blood off his gloves.

Missouri mauler Woodley demanded an immediate rematch with the former Disney star, saying: "I feel like if that was the second biggest pay-per-view, then round two is gonna be bigger than that.

"I feel like I won the fight. I feel like Jake's a great opponent. That's why I came in great shape.

"The fact that one judge gave me two rounds is laughable.

"No disrespect, but f**k that [Tommy] Fury fight, me and Jake need to run that back"

The younger Paul brother agreed to run it back with The Chosen One, so long as he honoured their pre-fight agreement.

He replied: “Get the tattoo and we’ll run it back.

"We got the tattoo artist right here, so you ain’t going nowhere.

“Wipe the sweat off and shave that leg, because I’m f*****g putting, 'I love Jake Paul' on your leg and we can run it back."