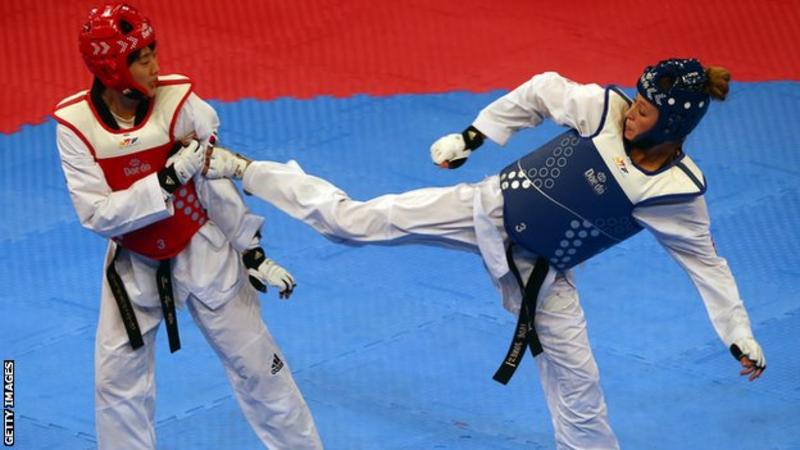 Jones, who also has European, Youth Olympic and Grand Prix golds, has taken silver (2011) and bronze (2017) at previous World Championships.

“It’s the one that’s always got away and I want to put that right,” the Welsh fighter told BBC Sport.

Jones is part of a 15-strong GB team for the event beginning on Wednesday.

The fighter, who is aiming to become the first athlete in history to win three successive Olympic taekwondo gold medals at Tokyo 2020, says she is undecided about whether she will continue beyond those Games.

However, Jones says success in Manchester could have an impact on her future.

“For me the Olympics is always the pinnacle, but before I retire I want to be able to say I’m not just a double Olympic champion, but a world champion,” she said.

“In the past I’ve ‘bigged it up’ too much and thought ‘I’ve never won it so it’s important’, but with all of my friends and family there supporting I’m hoping it can be this magical story and I can finally get it in Manchester.”

Meanwhile Bianca Walkden, who in 2015 became only the second Briton to claim a world taekwondo title after Sarah Stevenson, is now looking to secure a British-record third straight world title. 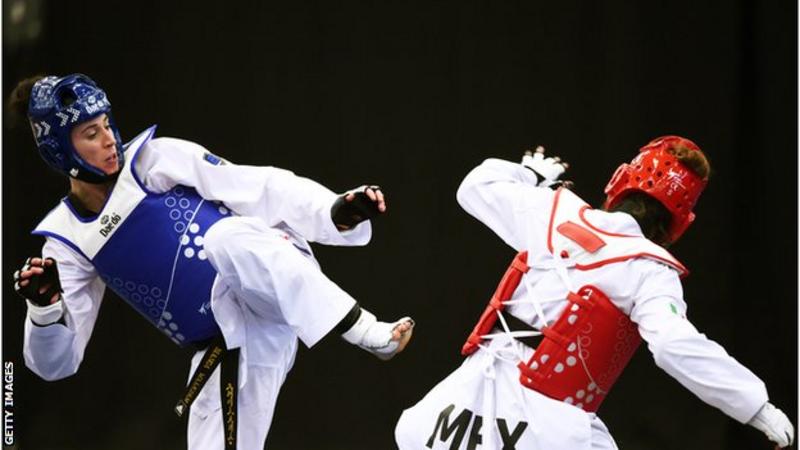 “[In 2015] something clicked and after all of the knee injuries and missing the 2012 Olympics, I became obsessed with winning,” she said.

“It isn’t easy being the one with a target on your back, but I can’t wait to fight in front of a home crowd and I’m hoping for a bit of history there.”

Among those hoping to become Britain’s first male world taekwondo champion are Olympic silver medallist Lutalo Muhammad and Mahama Cho, who was a runner-up in the event two years ago.

The pair will fight in separate divisions at the Worlds, but with the -87kg and +87kg categories combined for the Olympics they will soon be battling one another for a sole place at Tokyo 2020.

“This feels like the biggest fight of my career,” Muhammad said. “The fact I’ve never managed to win any medal at the World Championships makes me feel like this time, with it being at home, it’s destiny.”

Cho said: “This year is so important as we’re leading into Tokyo 2020 and after winning a silver last time I think it’s time we had a male world champion, which I totally believe will be achieved in Manchester.”

Britain’s best performance at a Worlds came at the last edition two years ago when the squad claimed five honours in South Korea.

In addition to Jones, Walken, Muhammad and Cho, others hoping to help Britain to a record haul include previous medallists Damon Sansum and Bradly Sinden and rising star Lauren Williams.