Quarterback Kyle Allen, Brandon Allen and Josh Allen, made an NFL first in week 9. The three Allens all started games for their respective teams and they all won.

The Jacksonville Jaguars signed Nick Foles to a four-year, $88 million contract in the offseason to be their starting quarterback and hopefully give them a better chance at getting back to the playoffs.

Foles was injured in the first week of the season and since returning to the team healthy he's only appeared in two-and a-half games before getting benched Sunday for Gardner Minshew II.

He was 7-for-14 with 93 passing yards and an interception before he was replaced for Minshew. The Jaguars have not won a single game in which Foles was the starting quarterback. The Super Bowl champion now represents some concerns for Jacksonville after the team spent a boatload of money on him to bring him from the Philadelphia Eagles to the Jaguars. 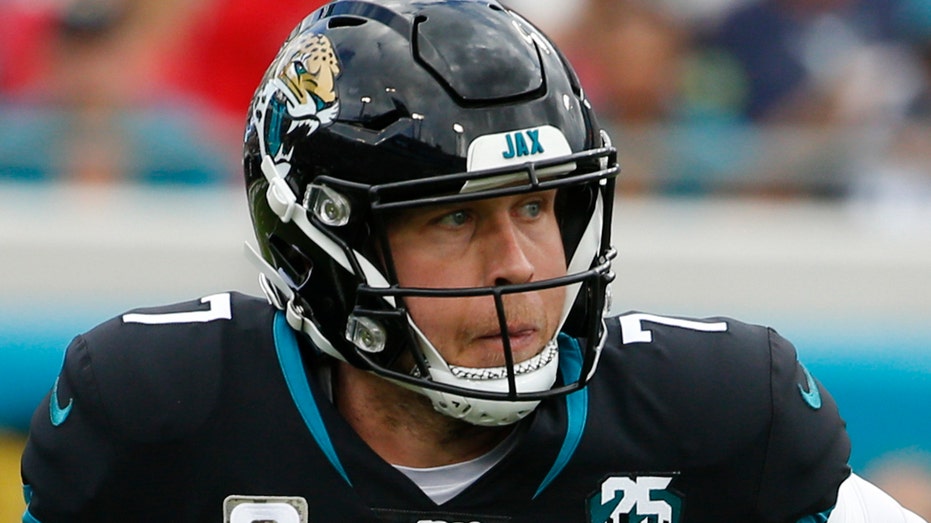 Jacksonville Jaguars quarterback Nick Foles (7) looks for a receiver against the Tampa Bay Buccaneers during the first half of an NFL football game, Sunday, Dec. 1, 2019, in Jacksonville, Fla. (AP Photo/Stephen B. Morton)

Foles' poor play and the fans' love for Minshew makes the contract almost impossible to move. He is owed $45 million in guaranteed money. He is making $5 million this season but his salary will triple to $15.1 million next season. By 2022, he will be earning $20 million.

ANTONIO BROWN OFFERS HIMSELF AS GIFT TO PATRIOTS, TOM BRADY AS TEAM LOSES TO TEXANS

Jacksonville took a chance with Foles after he won the Super Bowl as a backup with the Eagles. But outside two separate stints in Philadelphia, Foles has been an average quarterback at best. He helped lead the Eagles to the playoffs last season and was a Pro Bowler with the team in 2013. But with the Los Angeles Rams and Kansas City Chiefs he couldn't compete well enough to stay with either team.

The Jaguars now have an interesting decision to make next season – whether to stick with Minshew or commit to the man you paid a ton of money to lead your team.