They've clashed on the rugby league field and sparred in a boxing ring.

Now Paul Gallen and John Hopoate will fight for real in a heavyweight boxing bout in Sydney next February. 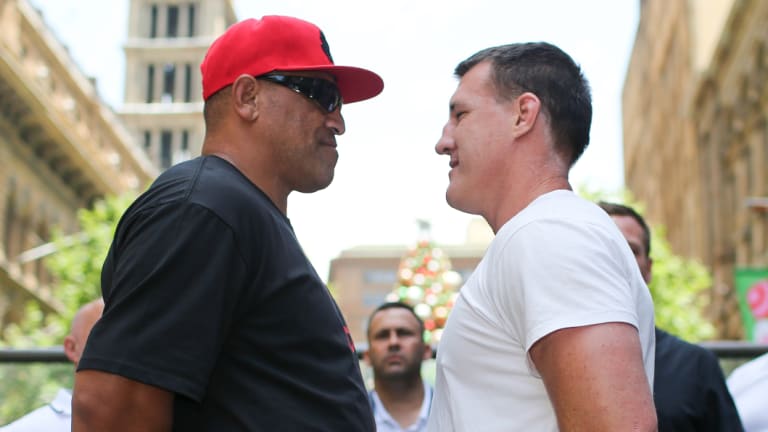 Controversial former NSW and Australian winger Hopoate has incurred a number of on and off-field blemishes. 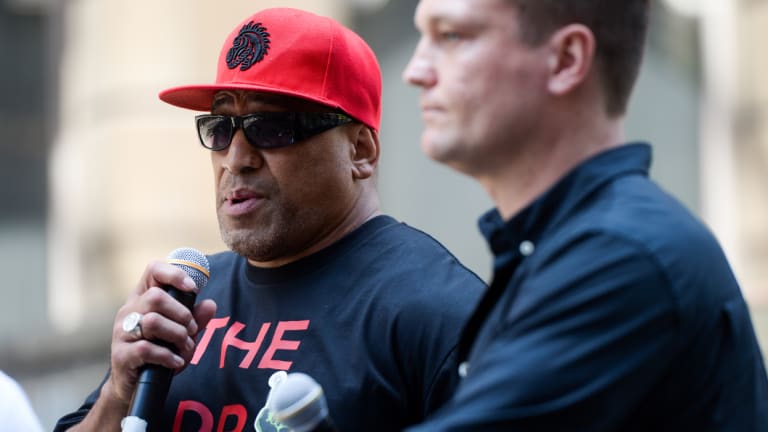 Spruiking: Hopoate talks up his bout after a long absence from the ring.Credit:AAP

He is banned from any involvement in rugby league for 10 years following issues in a local game earlier this year.

Hopoate had a couple of MMA bouts in 2012, losing one of them to UFC star Tai Tuivasa

He will return to combat sports in a scheduled six-round stoush with Gallen.,

"I thought it [boxing] was all finished but promoters ask me if I wanted to fight,'" 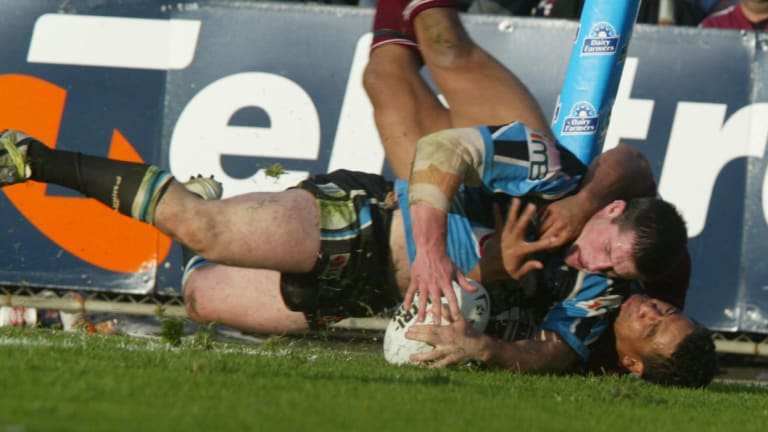 Old sparring partners: Hopoate tries to stop Gallen from scoring for the Sharks in a match against Manly in 2004.Credit:Tim Clayton

"They want me to fight they have to pay, because I've got 11 kids to feed and the number one thing in my life is my family.

"If these guys think that being out of the boxing ring for ages I'm an easy target they have got another think coming.

"I've got the power to stop him but I've also got the experience to beat him, to outbox him at the same time."

While Hopoate at 43 is six years older than Gallen, their NRL career's crossed over for five seasons.

"I remember how strong he was, he was a bit of a weapon coming off the wing,' Gallen said.

"He was a powerful bloke to stop and I have sparred Hoppa a few years ago.

"He's strong, I certainly felt his power. Along with a couple of other guys I've fought, probably one of the hardest punchers I've been in the ring with."

Hopoate has already had a win of sorts with the bout scheduled for two-minute rounds.

"That's going to suit him without a doubt. I think it should be three-minute rounds, it's something I pushed for," Gallen said.

Gallen, who is likely to retire from rugby league at the end of next season, feels he still has a few more boxing bouts left.

Be he doubts if the long-touted fight with New Zealand's dual rugby international Sonny Bill Williams will take place.