A $50 million NSW government commitment to refurbish Ken Rosewall Arena at the Sydney Olympic Park Tennis Centre has been welcomed by both tennis and netball officials.

The project will include a roof over the arena and new flooring to make the venue suitable for netball, whose two teams in Super Netball – the Giants and Swifts – will make the venue their permanent homes.

The upgrade is also a huge boost for tennis in the state, increasing the chances of Sydney being one of the host cities of the new 24-nation ATP Cup to be launched in Australia next January. 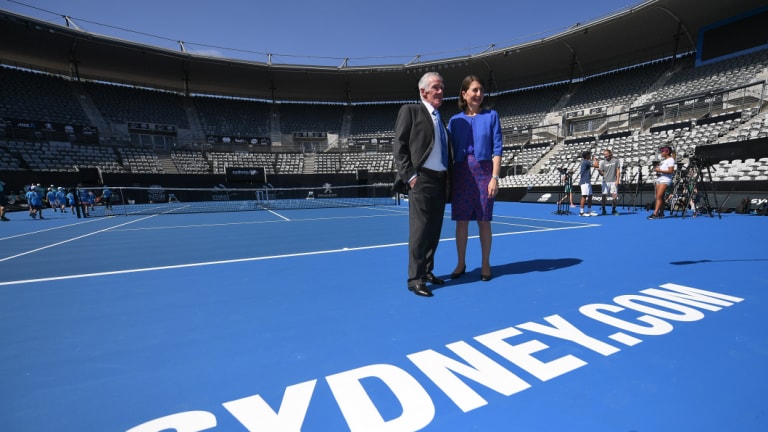 The new $15m tournament is poised to shake up the Australian tennis summer and puts Sydney in a strong position to attract the biggest names in the game to the city for knockout ties.

“There is no doubt that today’s announcement ensures that Sydney puts itself in the best possible position to bid for and hopefully secure the likes of the ATP Cup. We are eagerly awaiting the outcome of that process and hope to hear news on that very shortly," Tennis NSW chief executive Lawrence Robertson said.

“The hope is we can have this all tied up before the conclusion of the summer of tennis.

“Sydney as been crying out for a roof over this venue for many years. Today’s announcement is just a significant step for tennis fans in this city.”

The ATP Cup will be played over 10 days in three cities, offering ATP points to the winners. 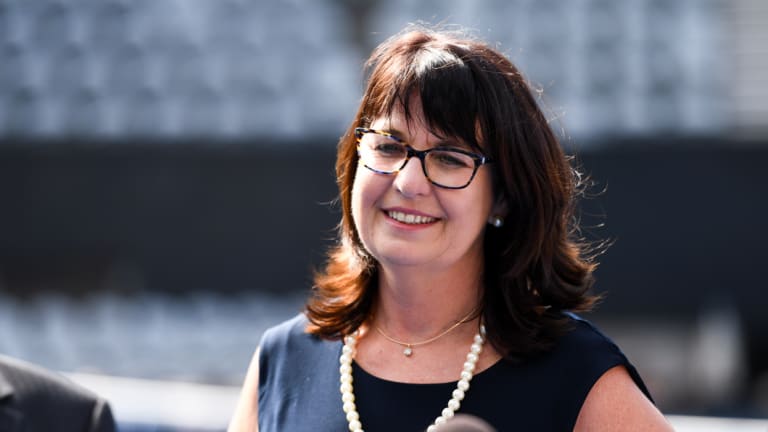 Netball, meanwhile, has long been caught between two unsuitable stadiums in Sydney. Qudos Bank Arena, with capacity for about 15,000 fans, is too big, and the Quaycentre, which houses only 3800, is too small.

"[The upgraded venue] is going to help showcase one of the most elite and established women's sports," Netball NSW CEO Carolyn Campbell said.

On average, just under 10,000 spectators attended Swifts and Giants games in Qudos Bank Arena last year, so Campbell believes the Rosewall Arena, which has 10,000 seats, will be just right for Super Netball games.

Regular, guaranteed access to an appropriately sized stadium is a far cry from what netball endures at the Qudos Bank Arena, where the sport competes for space with concerts that generate much more revenue per ticket.

"We have to battle for bookings," Campbell said. "That's their core business, I'm not negative about it. It is just that we're competing in a world that we can't compete in. We have up to five weeks at the moment where there is no availability in Sydney at all, through other bookings."

That leaves the rest of the league to adjust their fixtures to accommodate the difficulty of scheduling games in Sydney.

By contrast, Melbourne has three indoor venues in the Melbourne Park precinct.

With more regular games, Campbell hopes the Giants and Swifts will be able to grow their membership.

Campbell said some seats at the Quaycentre are reserved for sponsors, media and staff, meaning the   NSW sides can only offer about 2700 memberships.

Once the new venue is ready in 2020, they could triple that number.

"The 10,000-seat venue will serve us very well to grow our membership, which has currently been capped at the smaller venue," Campbell said.

The investment comes amid a swag of previously announced sport spending by the Berejiklian Coalition government, including  $30 million for cricket, $20 million for rugby, $20 million partly spent on the Sydney Swans at Moore Park, and $50 million for NRL clubs.

Labor spokeswoman Lynda Voltz said her party backed the creation of a dedicated venue for netball.

"It should have been taken care of a long time ago and this government has dragged its feet," Voltz said.