She may just be the WNBL's most valuable player but Kelsey Griffin will be quite happy to see the league's highest accolade slip through her grasp – her days of being a lone wolf are long gone.

The Canberra Capitals co-captain has received her sixth WNBL team of the week selection in nine rounds to emerge as a genuine contender for the league's MVP award. 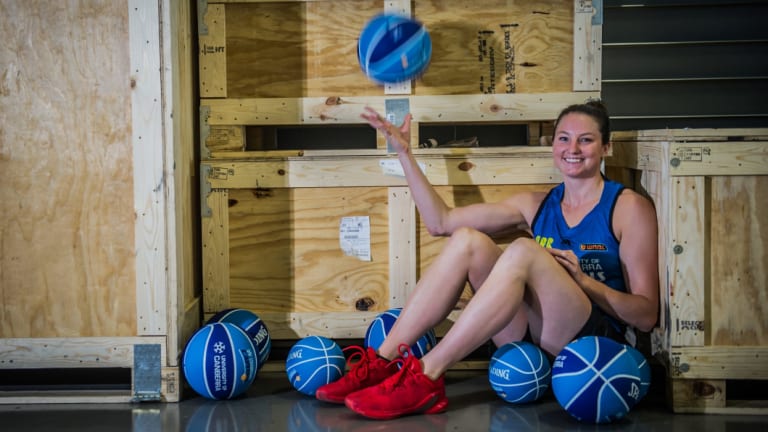 Marianna Tolo's return will inevitably pry away some votes, and her halo effect could see even more Capitals stars raise the bar on their own game.

Griffin isn't worried about individual glory- all she has her eyes on is a third ring, and of course a clash with the Adelaide Lightning at the Adelaide Arena on Friday night.

"I just want to be a win a championship to be honest," Griffin said.

"The years I’ve won a championship is when my teammates have stolen votes off me, so I’ll be quite happy for some of my teammates to steal some votes off me throughout the rest of the season. I just really want to win."

With Tolo back on deck, Griffin expects that will "definitely" start happening now.

"When Dan [Jackson] told me I was in the team of the week I was pretty shocked, because I don’t know if you can be much more efficient than 23 points in 21 minutes. I thought Tolo was a shoe-in for that," Griffin said.

"To add someone of Tolo’s calibre has helped even space the floor more for me. Even though we’ve been rehabbing together for something like nine months, we haven’t actually played a ton of basketball together.

"I’m really excited about what that’s going to look like for our team. A lot of my success comes from my teammates, that’s the great thing about basketball. It’s not an individual sport, I think I’d struggle if it was. 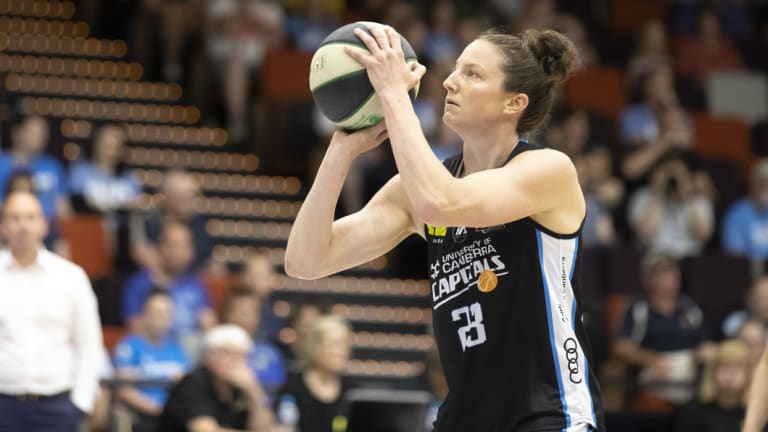 "I really have to credit my teammates for a lot of the looks I get, and the positions they put me in to be successful."

The Capitals could welcome Kristy Wallace back from knee surgery for their clash with the Perth Lynx at the National Convention Centre on Sunday – but that remains a big maybe.

Griffin and fellow Capitals veteran Kelly Wilson couldn't stress it enough to their teammates – if the Capitals are to mount a genuine charge for an eighth championship, they couldn't allow Tolo and Wallace to return with the weight of the world on their shoulders.

They need to be assets for a well-oiled machine that gives them time to find their feet. That's just the platform they have laid as they prepare to meet the two sides that vanquished Canberra on their last away road trip.

Wilson says a 31-point thrashing of the Bendigo Spirit is already a distant memory – all she cares about now is redemption against Adelaide and Perth.

"It’s more about what we do this weekend and for the rest of December, that’s when we send out a statement to the rest of the league," Wilson said.

"We have to be consistent and put wins on the board consistently. That’s what we’re looking to do this week. We’re looking forward to it.

"When you lose to a team, usually you don’t get to play them for a little amount of time. The fact we’ve got two weeks between playing them again, for us it’s a chance at redemption and to show we are good enough to beat those teams that are above us on the ladder."