Like many US cities, Miami has experienced several false starts when it comes to football but the latest attempt to bring the game to the south of the Sunshine State promises to be very different, thanks to a Major League Soccer trailblazer and one of the biggest names in world football: David Beckham.

On Sunday, MLS welcomes Beckham’s Inter Miami to the fold as South Florida takes another shot at sustaining a successful team in a sport the locals call “soccer”, or, “futbol”.

The list of defunct soccer clubs in Florida numbers in the 30s and includes a handful of sides from the city of Miami as well as iconic former North American Soccer League team Fort Lauderdale Strikers, who once included George Best and Gordon Banks in their line-up.

Inter Miami will begin life in Fort Lauderdale at Lockhart Stadium, which has been redeveloped and renamed Inter Miami CF Stadium. It was once home to three different incarnations of the Strikers as well as numerous other teams from the area, including former MLS franchise Miami Fusion.

Bolivian-American entrepreneur Marcelo Claure and Tokyo-based Masayoshi Son will help with this, as will chief operating officer and sporting director Paul McDonough, along with two other members of the club’s ownership group, Cuban-American brothers Jorge and Jose Mas.

Brand Beckham will also play a huge role, and is one of the reasons this club – who visit Los Angeles FC in their opening game – should be unique.

They may only be playing their first game in 2020 but it could be said the Inter Miami story began in 2007, the year Beckham moved from Real Madrid to LA Galaxy.

Behind the headlines of Beckham’s lucrative contract with the Galaxy lay a clause that gave the former Manchester United midfielder the option to buy an MLS franchise at a reduced rate in the future.

Beckham has exercised that option and Inter Miami is that franchise. In the shape of its owner the club already has a unique selling point which could attract some of the game’s biggest names in the future.

It’s a selling point which LA Galaxy benefitted from 13 years ago and one which will separate this new club from those which have gone before it, both in Miami and in the US as a whole.

The former England captain is not just a big-name owner, but a well-respected former player at the highest level. He is synonymous with MLS to the point where the designated player (DP) rule, which currently allows clubs to sign three players outside of the salary cap, is often termed the Beckham Rule as he was the first to be signed under it.

In short, the Miami franchise has one of the biggest and most influential names in the history of US soccer helping steer its operation. 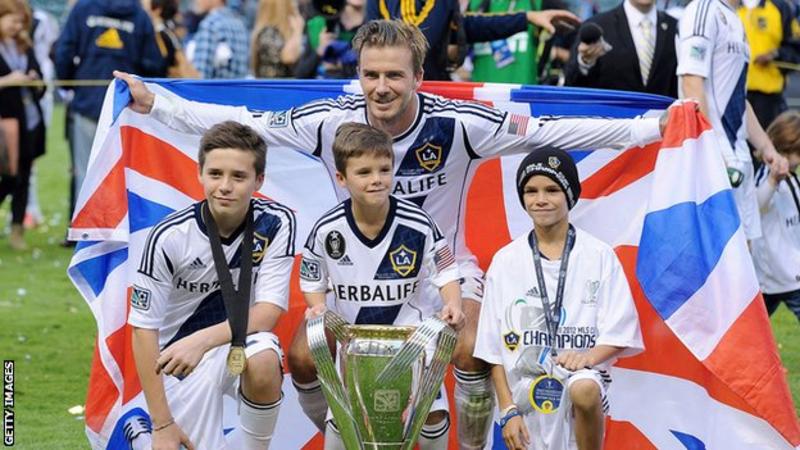 No games played but a fanatical following

Inter Miami have not yet played a single competitive game but to look at their fast-growing fanbase – and the hordes attending their pre-season friendlies – you would not know it.

So desperate were fans in this area for an MLS team to support that they turned out in numbers last year when the first sides bearing the Inter Miami name took to the field.

This might sound reasonable enough, but these were the club’s U13 and U14 sides, being backed from the sidelines by ultras with banners, flags, drums and all.

“We wanted to be able to provide our fans something unique,” says managing owner Jorge Mas. “Inter Miami is not just Miami’s team; it is South Florida’s team.

“Their passion and commitment since day one has been a driving force in helping this dream become a reality.”

Head coach Diego Alonso, a 44-year-old Uruguayan who was a two-time Concacaf Champions League winner during his time in Mexico with Pachuca and Monterrey, has been impressed with what he has seen.

“It’s incredible that our supporters travelled so many kilometres to support us in a friendly,” Alonso said following a 1-0 pre-season win over USL Championship side Tampa Bay Rowdies.

“It’s wonderful. Imagine what our home opener is going to be like!”

In Miami, many of those supporters refer to the game as futbol and even the club’s official full name, Club Internacional de Futbol Miami, reflects this Hispanic theme.

The Vice City 1896 supporters’ group already has a collection of 10 songs, all Spanish. They are joined by Southern Legion, The Siege and no doubt many unofficial or more casual groups further down the line.

“We’ve been waiting for this team since Miami Fusion folded,” says Luis C of Vice City 1896.

“We bring the sight, sound and feel of Latin American stadiums to MLS.”

Star quality on the pitch – missing now but on its way?

“I think Miami needs a star,” Beckham said in 2018 when talking about how the club would build a squad. “You have to realise the audience we have and Miami would expect us to bring in a star. That’s what we plan on doing.”

Beckham was speaking with reference to an ambition to sign a leading player from Europe but so far that has not happened, and might not do until the summer when the European season has finished.

“With the level of players at the high end that we have been looking at, as intriguing as it is, it has proven to be very difficult because the teams you are competing with are teams in the Champions League,” McDonough told the BBC.

“When you get into big-name players that’s very, very difficult for MLS teams to compete with at this time.”

Inter Miami are close to finalising their squad but the number eight and nine shirts remain unassigned, waiting for the moment the right player becomes available.

They have the resources, and the salary cap in MLS is ever-increasing, but they won’t spend for the sake of it.

“We all know how great Miami is as a place to live with your family, but we don’t want players just coming here at the end of their career thinking, ‘Oh, let’s go have a couple of years in Miami and I’ll play a little bit of soccer,'” Beckham said in June 2019.

“That’s not what we want. We want players who are hungry, who have played at the top level but still want to win.” 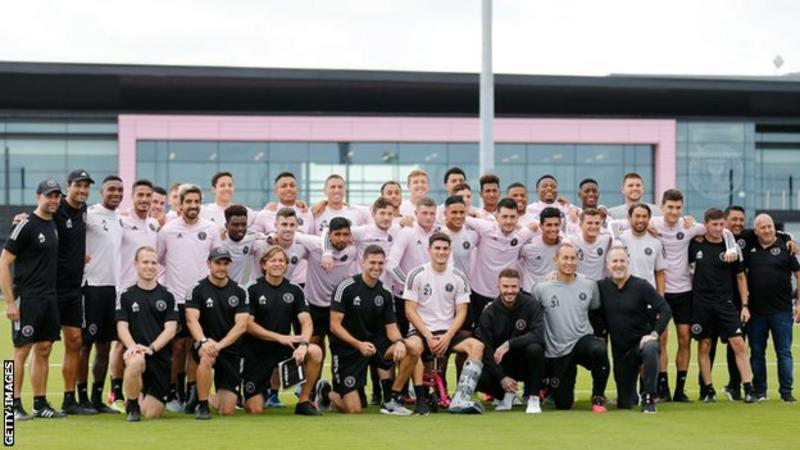 McDonough is well versed in building a squad for a new franchise, having been involved in the process at Orlando City, who entered the league in 2015, and the successful project at Atlanta United, which saw the club win the MLS Cup in 2018, just two years after joining the league.

Miami poses a similar challenge to Atlanta. There are resources available but they need to be used wisely.

The recruitment of Pizarro and head coach Alonso were an early indication of the club’s ambition beyond domestic competition.

“With a goal of winning in MLS you have to also have your eye on the next level, and the next level would be the Concacaf and continental championships,” says McDonough. “We have made no bones about saying we aspire to try to get there.

“Our hopes are after this year to qualify for the Concacaf Champions League and to continue to develop and push for an MLS championship, and hopefully in the first few years we can continually get better so that we can push to be more competitive in all those environments.”

What can realistically be expected this season?

The pragmatism off the field Beckham and McDonough both allude to could be reflected on it, but that does not mean it will not manifest itself in attractive attacking football at some point.

Alonso proved to be fairly flexible during his time in Mexico, and his spell with Inter Miami could define him as a coach.

The current squad contains a mixture of experienced MLS campaigners and promising youngsters whose value could rise during their time at the club.

Scot Lewis Morgan, 23, will wear the number seven shirt after joining from Celtic, while World Cup aficionados might be familiar with 33-year-old Panama defender Roman Torres, who captained his country at its first World Cup appearance in 2018. Goalkeeper Luis Robles, a 35-year-old who spent eight seasons with New York Red Bulls, will captain the side.

It was McDonough who signed Miguel Almiron for Atlanta United and the Paraguayan became the best player in MLS before being sold to Newcastle United for a profit. The development of players, including Pellegrini, his compatriot Julian Carranza and Venezuelan Christian Makoun in a similar manner is part of the plan at Inter.

The current squad might be considered underwhelming given the talk of needing star names, but winning from the off will be more about how they unite under Alonso.

Winning was not enough for the Fusion, who won the Supporters’ Shield (league title) in 2001, but things are different in MLS post-2007, post-Beckham. Things will be much different with Beckham present.

Incorporated in 1896, Miami as a city is younger than football and younger than the word soccer, but it is now primed to host the right club.