PROPER horses go on any ground, so they say. Last season Tarnawa won on heavy before scoring on firm at the Breeders’ Cup. Tarnawa is a proper horse.

The Aga Khan’s super mare is one of 15 runners set to go to post for tomorrow’s European Group 1 showdown known to you and me as the Qatar Prix de l’Arc de Triomphe. 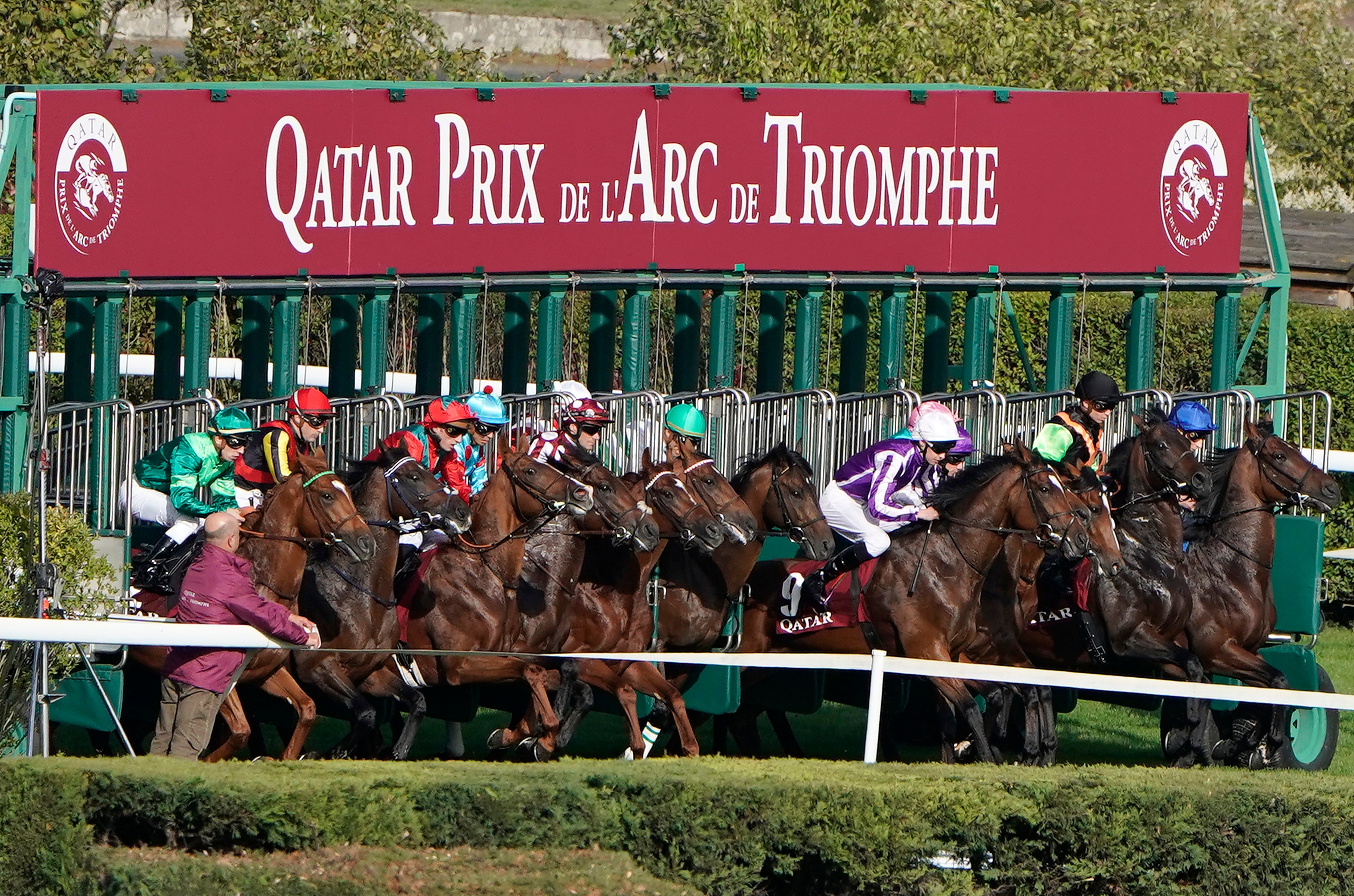 I’m one of the lucky ones to be at Longchamp, and will bring you all the best interviews from the track on the main ITV network. I can’t thank the powers that be enough for using me. It’s a privilege to cover a marquee event like this.

This could be trainer Dermot Weld’s career defining moment. The master of Rosewell is already a hero in the game as Ireland’s winning most trainer.

He’s also conquered places few others have managed to do so. A Classic in America, Hong Kong raids and two Melbourne Cups are on the Weld CV. And so is the Derby at Epsom and three Irish equivalents.

But the Arc is super special. The pinnacle of the European season, and a race won by some of the greats.

You only have to look at the list of honour, which includes horses like Mill Reef, Alleged, Suave Dancer, Lammtarra, Montjeu, Sinndar, Sakhee, Zarkava, Sea the Stars, Treve, Golden Horn, Treve and Enable.

This is a vintage Arc, and should she win Tarnawa is worthy of joining the above list of champions.

After failing to win in three starts as a two-year-old in 2018, Tarnawa started to improve the following year to win four races including the Blue Wind, Give Thanks and Blandford Stakes.

But it was in 2020 that Tarnawa came alive. Successes in the Group 1 Vermeille, Prix de l'Opera and then a magnificent victory in the Breeders' Cup Turf followed. They stamped Tarnawa as world class.

This season, with the Arc the only target, Tarnawa had a cosy comeback success before chasing home star St Mark's Basilica in the Irish Champion Stakes over a couple of furlongs shorter than today's distance of a mile and a half.

The daughter of Shamardal fought hard that day having been carried right across the track by the Aidan O'Brien-trained winner.

The ultimate home for all your racing needs.

Number one for tips, betting offers and news – as well as full racecards and an interactive results and odds comparison service.

And then there is the raiding party for Japan, with Chrono Genesis – a nasty outside draw – and recent trial victor Deep Bond very capable. This is a field with strength in depth.

Adayar has always looked good, and should have won the Lingfield Derby Trial before his runaway Derby romp.

Some think Adayar is better on faster ground, but I am not one of them.

Paddy Power: £40 IN RACING FREE BETS WHEN YOU PLACE A £10 BET ON RACING – CLAIM HERE

Betfair – Min stake £5, min odds 2.0. Only deposits made using Cards or ApplePay will qualify. Free bets are awarded after the qualifying bet has settled, valid for 30 days, and must be used on multiples with 3+ legs. Max £20 in free bets. T&Cs apply. 18+ BeGambleAware.Org

Paddy Power: New Customer offer. Place a £10 bet on any horse racing market (September 30th – October 3rd), at min. odds 1/5 (1.2) — get £40 in racing free bets. Your qualifying bet must settle by Sunday 23:59, 3rd October. Only deposits via Cards will qualify (Apple Pay not valid on this promotion). T&Cs apply. 18+ BeGambleAware.Org

No St Leger victor has banged in an Arc in the same year which might be against Hurricane Lane, although he’s far from a mug.

Snowfall looks to have plenty in her favour. Fillies and mares have a great record in the race, as do three-year-olds, and she has won over a mile and a half on three occasions, including two Classics.

She is versatile ground-wise, and, while her defeat in the Prix Vermeille came as a shock, both Solemia and Treve bounced back from defeats in the same race to claim the Arc in 2012 and 2014 respectively. However, they were both four-year-olds.

Incidentally, of the last 20 winners, 11 were three-year-olds and seven were four-year-olds. As the oldest horses in the race, Tarnawa, Chrono Genesis and Broome will attempt to emulate Marienbard and Waldgeist by winning the race at the age of five.

The last five-year-old mare to win the Arc was Corrida in 1937. Tarnawa and Chrono Genesis will attempt to end an eighty-four-year drought.

Chrono Genesis is a monster in Japan, and she links in with European from via Mishriff, having chased home that horse home in the Sheema Classic at Meydan. Under Oisin Murphy the daughter of Bago has strong claims.

The statistics might be against my hopes, but my Arc 1-2-3 is: 1st Tarnawa 2nd Chrono Genesis 3rd Hurricane Lane. Yeeeehaaaa!