CASEMIRO is likely to come straight into Manchester United's line-up for Saturday's away trip to Southampton.

Erik Ten Hag will have been left delighted by his side's performance against Liverpool at Old Trafford as they beat their rivals 2-1 on Monday night. 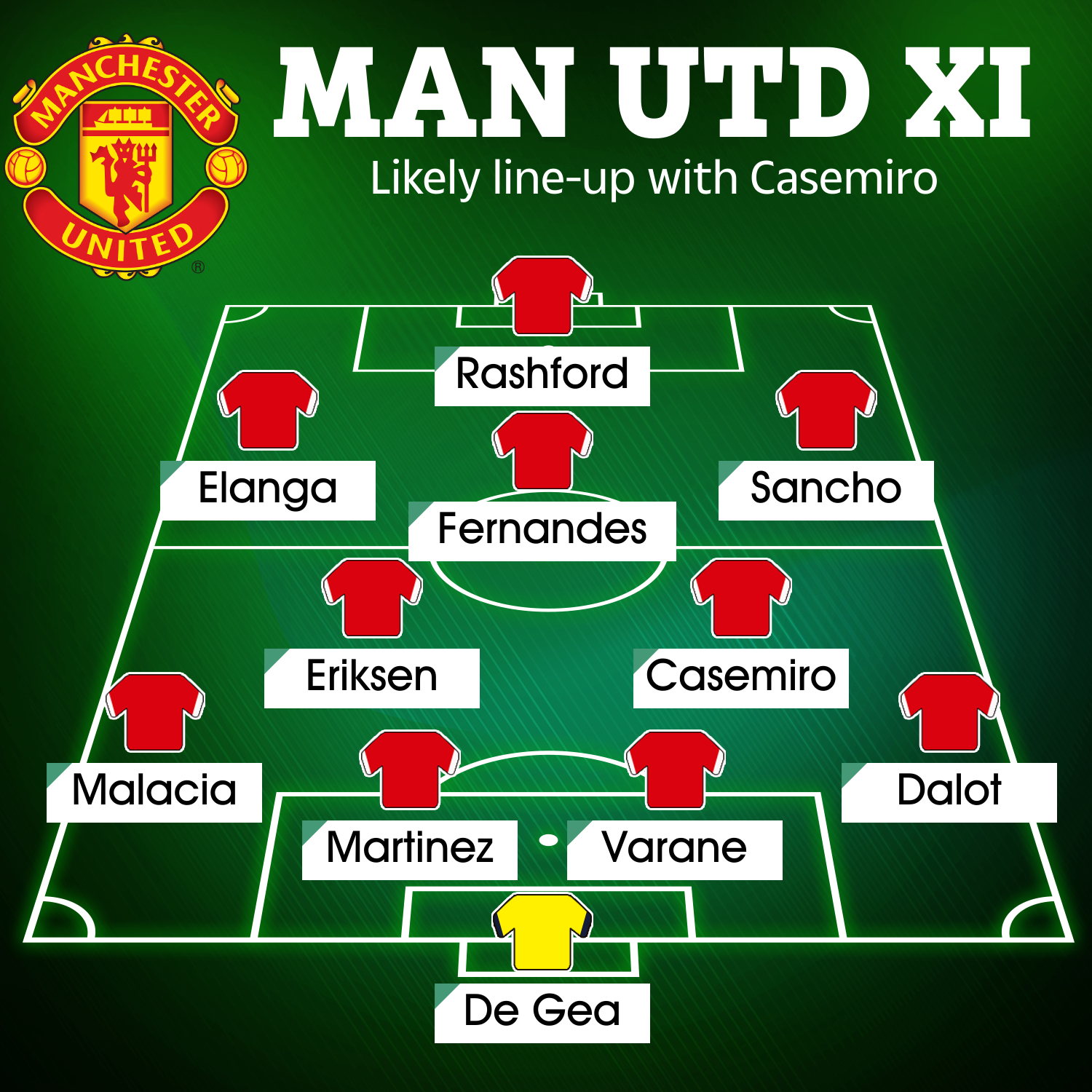 Having lost their opening two Premier League games, the Dutch gaffer made a number of changes and tactical tweaks to face the Reds.

Tyrell Malacia was brought in at left-back ahead of Luke Shaw, while Raphael Varane was recalled to the starting XI at the expense of Harry Maguire.

Anthony Elanga was also given his first start of the new top-flight season, with Marcus Rashford swapped from left-wing to up top.

There was no room for Cristiano Ronaldo who had to settle for a place on the bench.

But Brazilian midfielder Casemiro is expected to be instantly introduced to the team.

The Red Devils have agreed a £70million deal with Real Madrid to bring the player to the Theatre of Dreams.

Casemiro was at Old Trafford last night to watch his new team-mates pick up their first points of the campaign.

Here's how United could look with the 30-year-old in their starting XI. 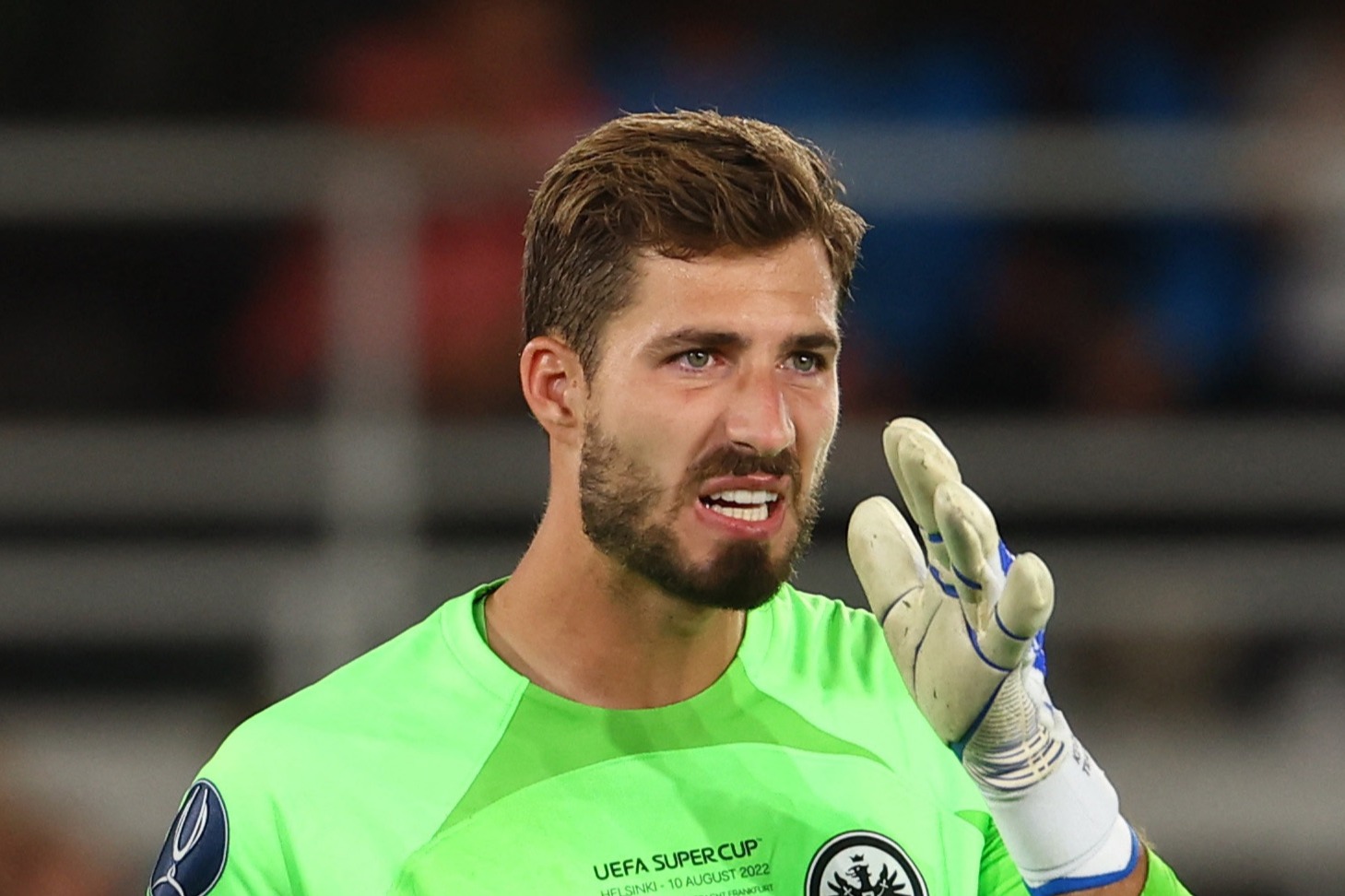 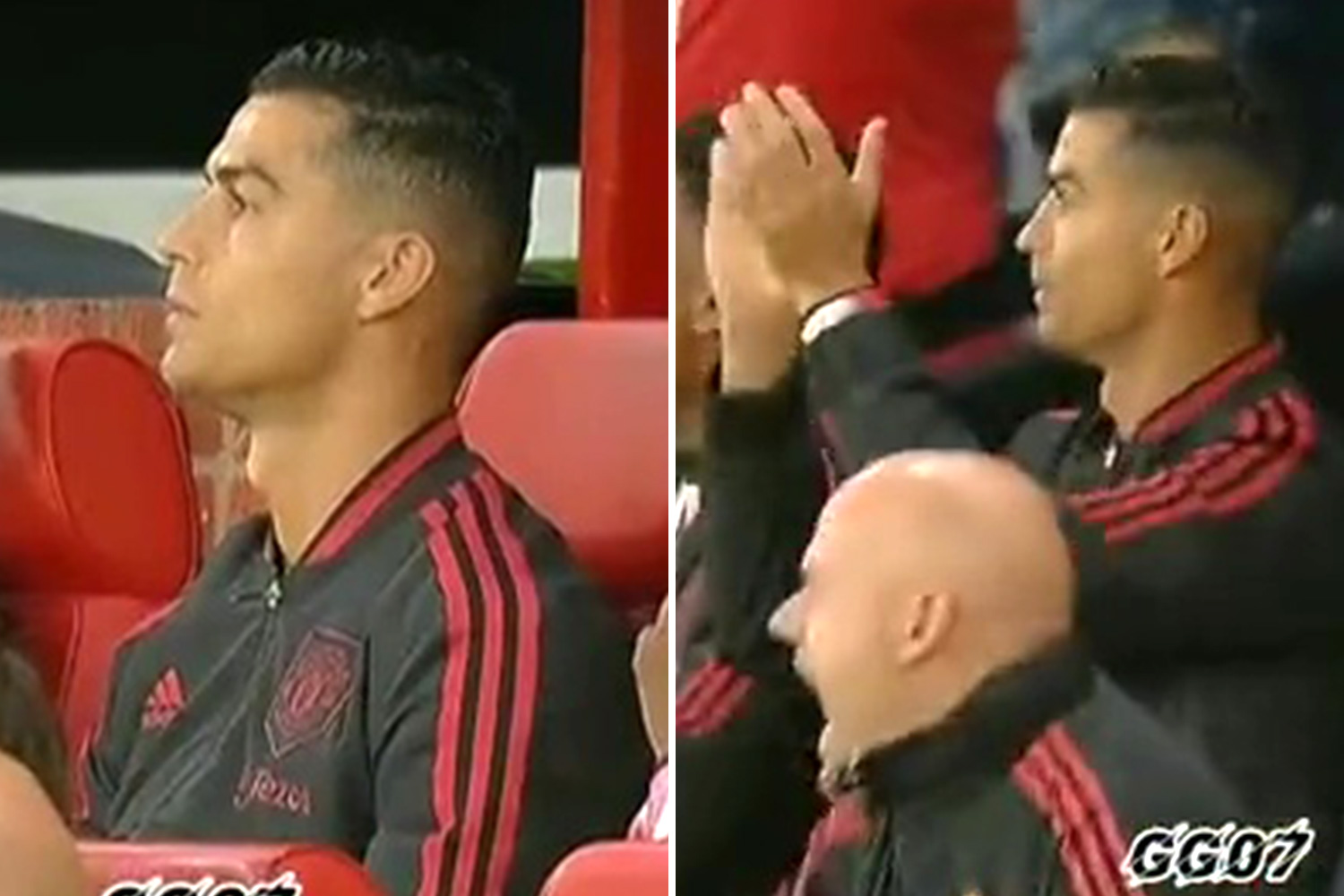 RON OF THE LADS

Fans love it as Ronaldo celebratesSancho's goal despite being benched 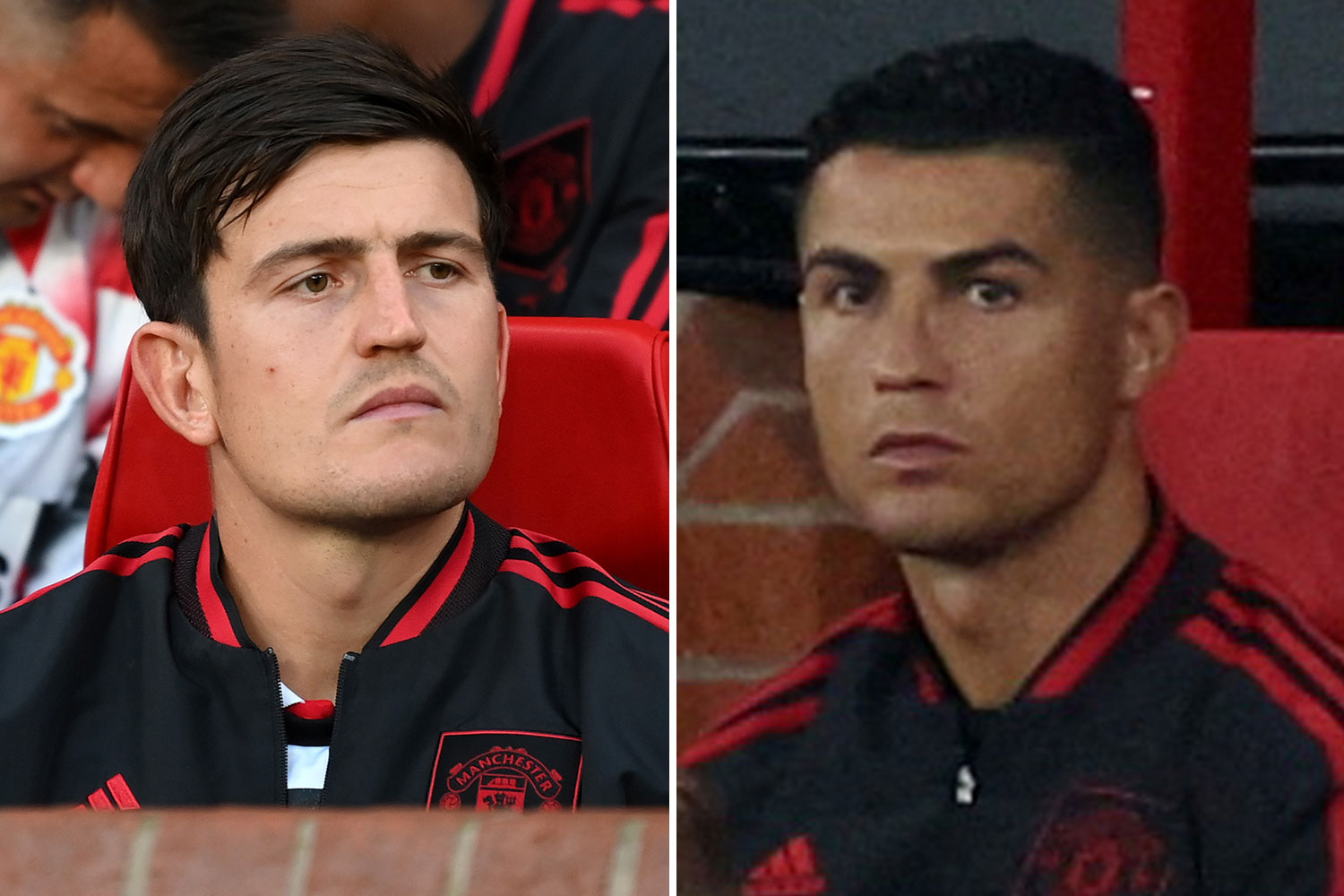 Nine Man Utd stars whose futures are in doubt, including Cristiano Ronaldo 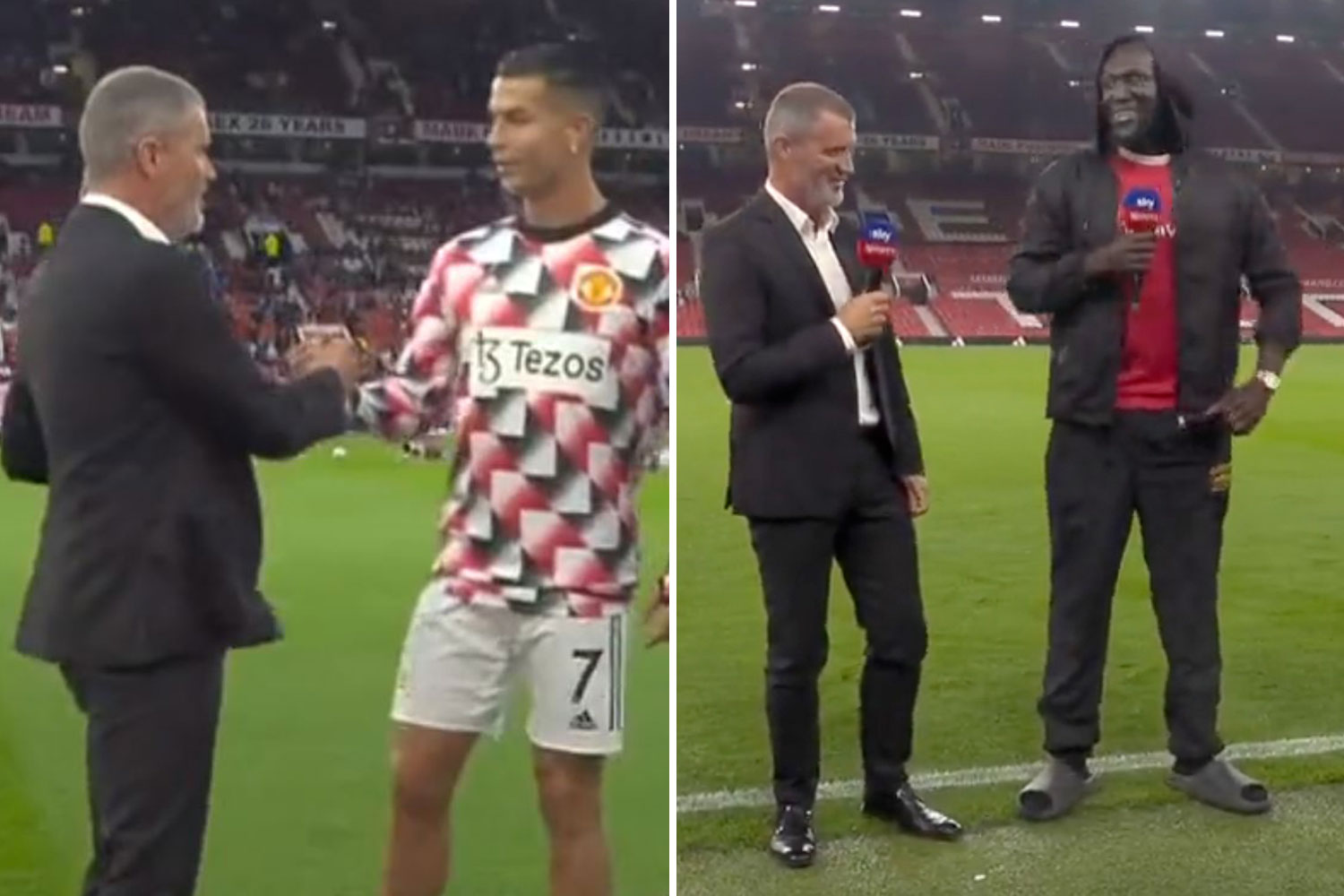 David De Gea will be keeping his place between the sticks and will until the rest of the season barring any injuries.

Right-back Diogo Dalot has kept out Aaron Wan-Bissaka so far this term, and is likely to continue doing so.

After an impressive full debut, Malacia could start ahead of Shaw, with a centre-back pairing consisting of Raphael Varane and Lisandro Martinez.

Christian Eriksen could keep his spot in a midfield double pivot, where he could partner Casemiro instead of Scott McTominay.

With no deal yet agreed for Ajax foreard Antony, Jadon Sancho will almost certainly feature on the right wing, with Elanga deployed on the opposite side.

Bruno Fernandes would then feature in the No10 role, with Rashford tasked with leading the line. 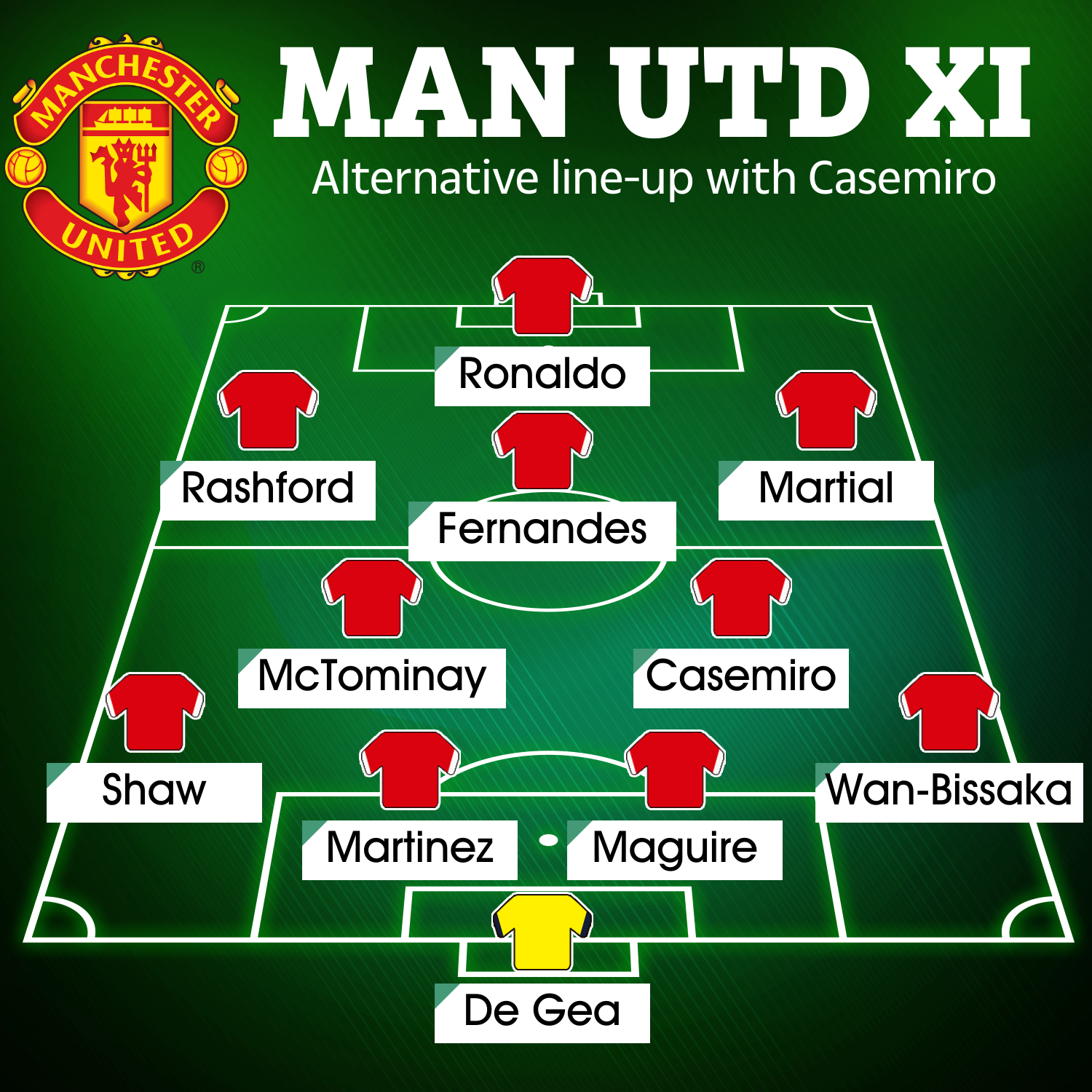