The two men, along with stable employees Tyson Kernond and William Hernan, appeared before Melbourne Magistrates Court on Wednesday after they were charged by police a fortnight ago. 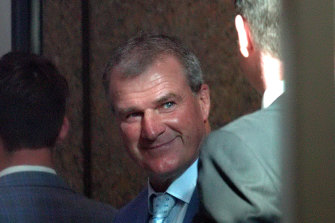 He and the other men were charged following a police investigation spanning more than a year that probed allegedly illegal activity in the horse racing industry.

The four men sat next to each other in court on Wednesday and didn’t say anything during the short administrative hearing. They are all charged on summons and due to return to court in February.

During the five-minute hearing, defence lawyer Tony Hannebery, who was representing all four men, said he might apply for their committal hearing next year to be held in Warrnambool.

Magistrate Duncan Reynolds said he would release charge sheets for the four men later on Wednesday. 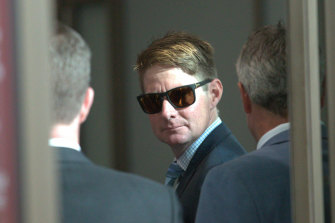 Mr Weir was one of Australia’s leading horse trainers and in 2015 won the Melbourne Cup with Prince of Penzance, which was ridden by Michelle Payne.

The charges Mr Weir faces do not relate to Prince of Penzance and there is no suggestion Ms Payne was involved in any allegedly illegal activity.

Mr Weir was disqualified from training for four years in February after admitting to racing officials he was in possession of electric shock devices known as "jiggers".

Mr McLean was once Mr Weir’s right-hand man and is now a trainer in his own right.

None of the men spoke to the media as they left court.