Much has been made of the on-field influence that Melbourne Victory's Japanese superstar, Keisuke Honda, has had on his new team, particularly in their recent four-game winning run.

Kevin Muscat has waxed lyrical about the high-profile midfielder's contribution and work ethic, while Kosta Barbarouses, in the wake of last weekend's resounding 4-0 triumph over Western Sydney Wanderers, spoke glowingly of Honda's commitment and leadership. 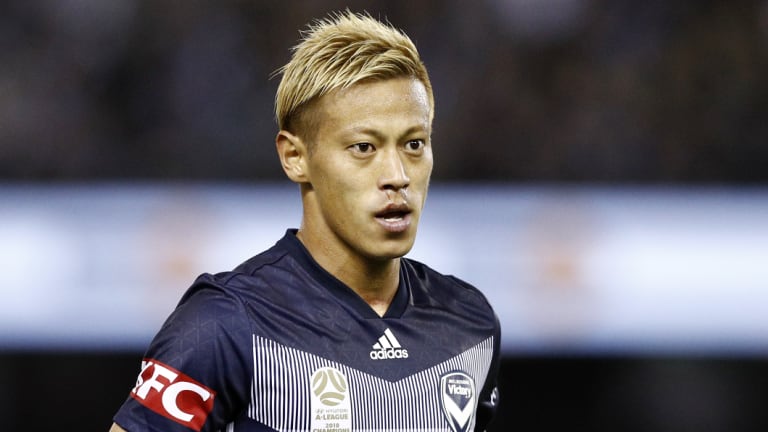 Victory goalkeeper Lawrence Thomas is the latest in the navy blue camp to extol Honda's virtues, saying his influence has quickly permeated all aspects of the squad, particularly in training sessions.

Honda, says Thomas, is happy to not only train hard, but train smart – even to the extent of helping the goalkeeper set up attacking moves from defence.

''I don't need to say too much. His career before speaks for itself. But I will give you one example.
It was maybe the third or fourth round in, he came to me maybe two days after a game and said 'Lawrence, I want to speak to you after training to discuss some of your options about playing out from the back.'

''So he stayed behind for half an hour and took me through some of the options I should be looking for, and what to play.

''He just has a real passion for the game, he is incredibly disciplined. Everyone at the club can pick his brain and really learn how to get to that top top level.''

''I asked him how he got so good [at English] so quickly. Apparently he wakes up at 5:30, 5:45 every morning and does two hours of English.

''He can probably write a better essay than I can, do a good speech.

''You see him every day at the same time doing his work before training, after training. After a game he comes in and does his stuff. That’s the only way really.

''You don’t get to his level, every day doing what he does. He sets a great example to the young boys and to myself as well. It’s an absolute privilege to have him here and he’s obviously producing on the field as well, it’s great to watch. 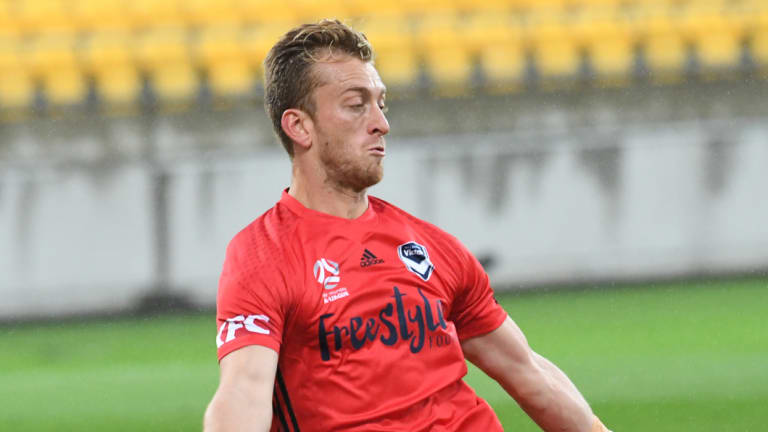 ''For us now, four on the trot, we really need to keep going and really push our standards.

''We have had quite a lot of changes, personnel, the way we play, it's hard to remember exactly last year why we weren't winning games, but I think especially for us we are still quite far off where we want to be.

''As long we are learning things as we are winning. I think the first half [against the Wanderers] was quite solid, but second half we let them back into the game.

''A team on another night could have taken a few of the chances when we turned the ball over.

''Improving the second half is the main thing. We had a very good patch against the Mariners (in an eventual 4-1 win) early on, second half we let them back into the game as well.''

German defender Georg Niedermeier was in a particularly feisty mood at training on Wednesday, but Thomas put that down to the fact that he was frustrated because he had missed the last game due to injury. He expects both him and James Troisi, another absentee from the Wanderers win, to be available for selection for the visit of Adelaide this weekend.

''Jimmy’s well. He had a bit of sickness but he was out training and seems fine. Georg is back to normal, training today. They’re both in contention,'' he said.