The five-year-old toppled Footpad on his comeback and now has Altior in his sights at Sandown. 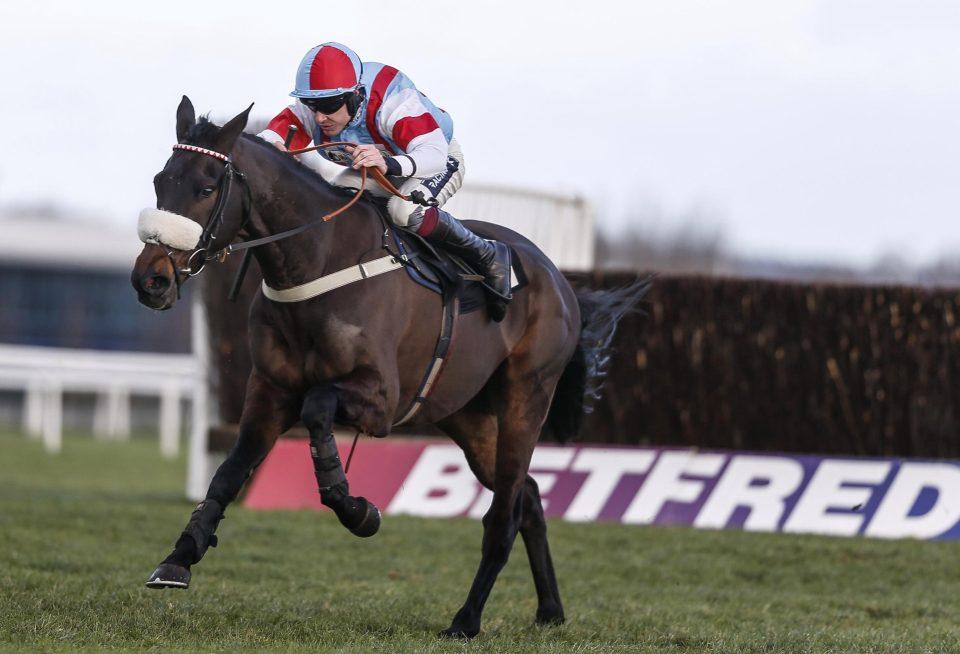 Trainer Harry Whittington was surprised by the win in Ireland but is sure the horse keeps going from strength to strength and they won't be running scared of the likes of Altior.

Whittington said: "After the Arkle we were hoping to get back on track more than anything.

"To go there taking on Footpad, I guess we would have been happy to have given him a really good race and finished a good second and anything more is a bonus really, but to put in that kind of mature and polished performance, that’s what was so pleasing about it."

Saint Calvados is likely to also be racing against Sceau Royal and perhaps an Irish raider with the Willie Mullins trio of Great Field, Un De Sceaux and Min entered.

The Kate and Andrew Brooks owned gelding won three times in novice company last season before a disappointing fourth placed finish at the Cheltenham Festival, but Whittington believes he is a better horse this season.

He continued: "He is much more the finished article. Last winter he was quite a big raw horse, perhaps on the weak side still.

"We are happy with our lad and he looks a million dollars. He’s fit and well. Obviously he has got to improve, but he is only a 5-year-old.