The football manger was gobsmacked to find his wife of 50 years sitting on a log in snake rock as the campmates were met by loved ones. 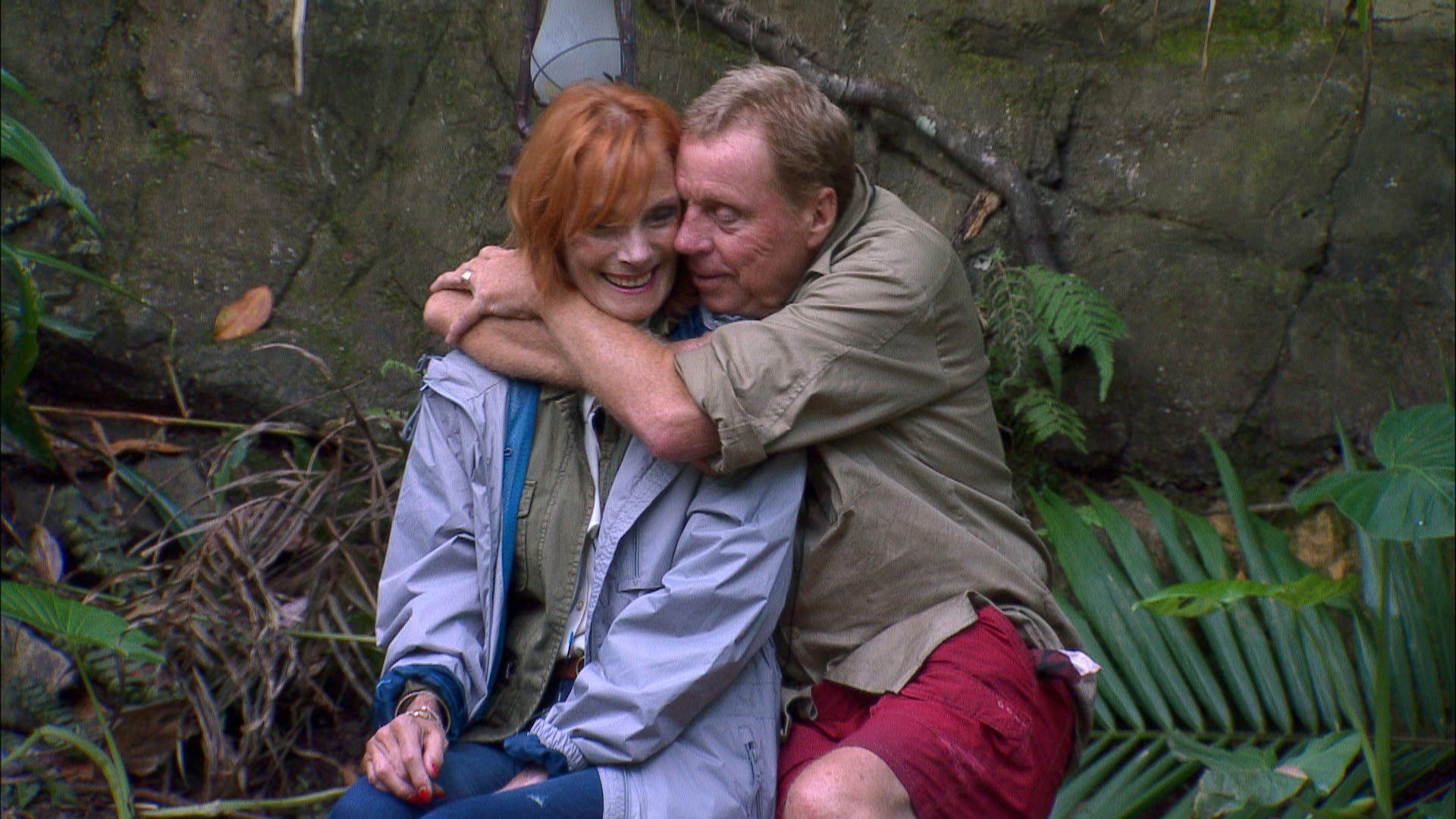 Breaking down in tears, the emotional 71-year-old told his wife how much he loved and missed her as they embraced.

Speaking before Harry arrived, Sandra said: “I’ve been married to Harry for 50 years and not being able to speak to him has been a bit of a nightmare because we speak every day. I’m really excited to see him.”

Sandra went on to tell a surprised Harry that  him he’d made a big impact with viewers at home.

Concerned, he asked: “Do they think I’m mad?” 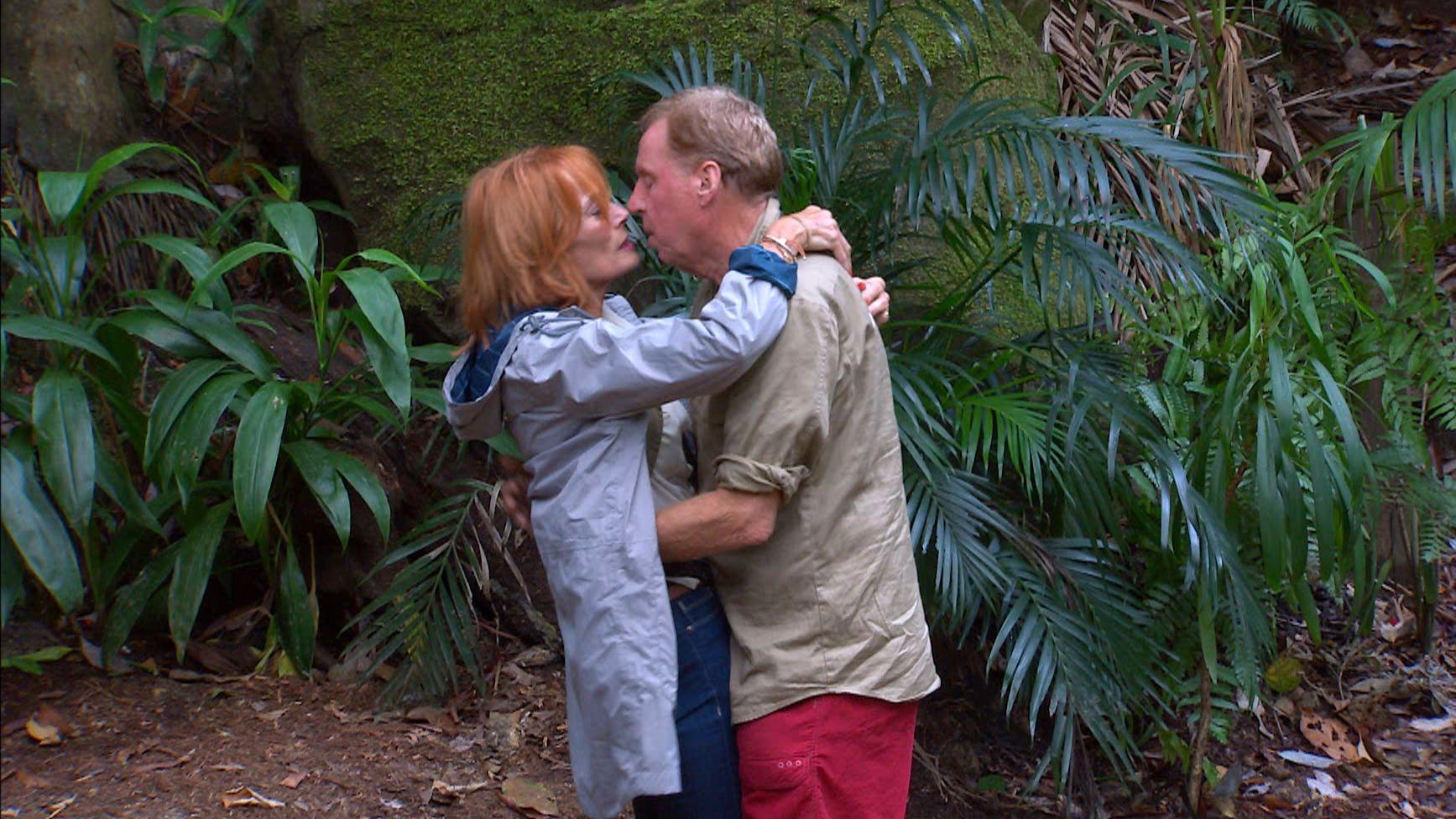 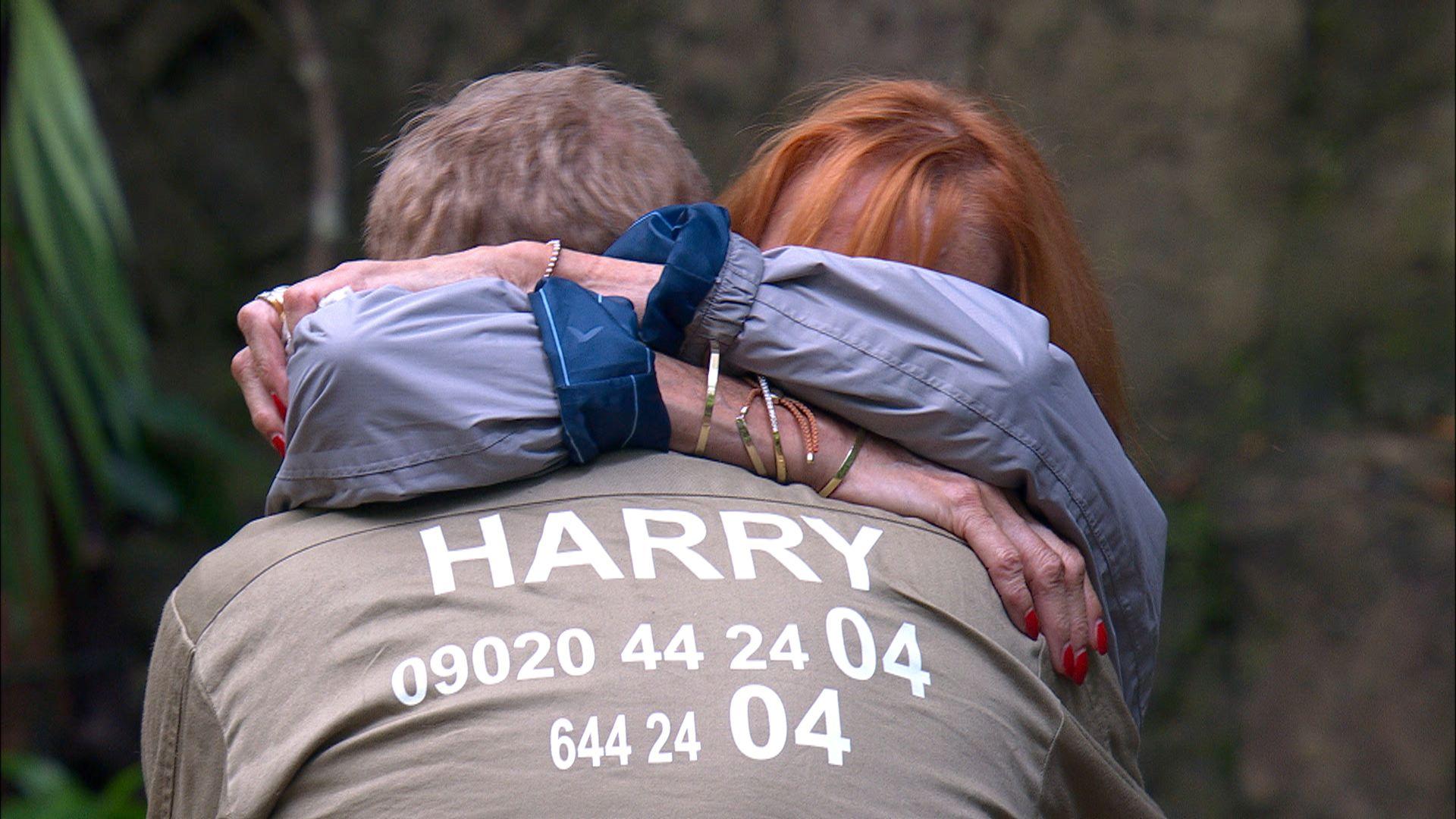 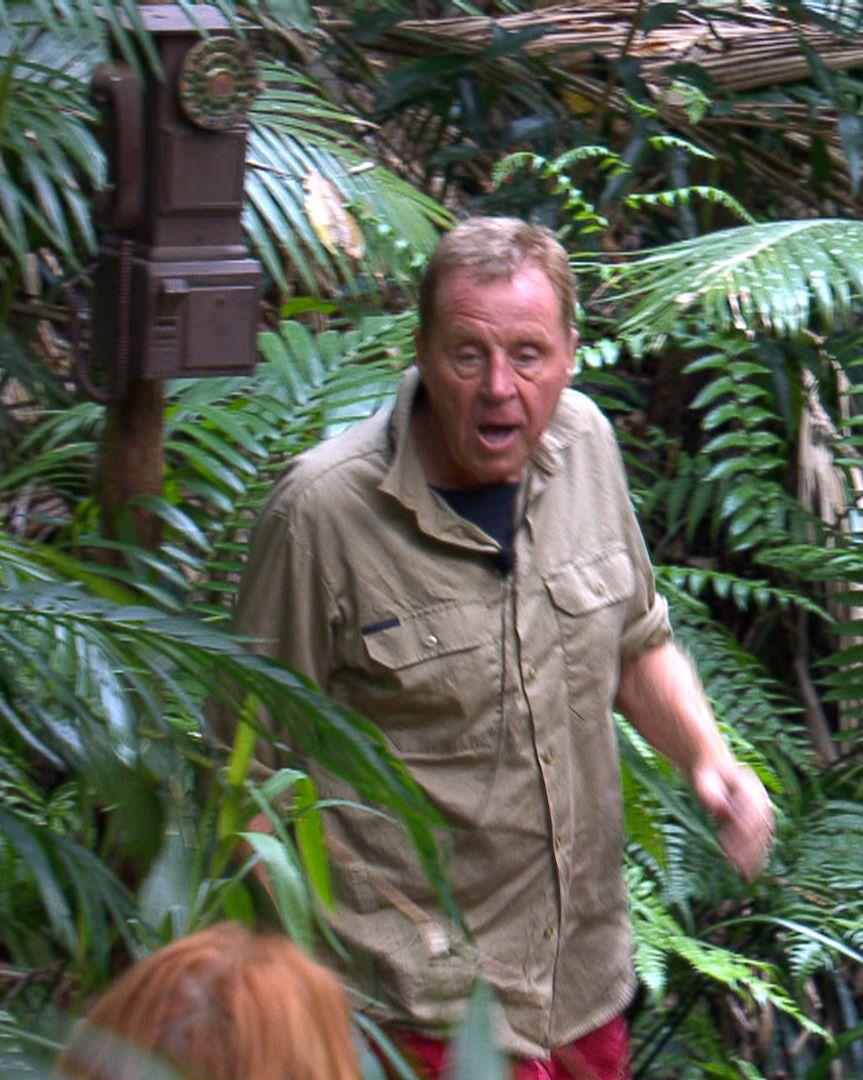 She assured him: “No, they think you are amazing, they are going Sand, Sand.”

Harry said: “I bet you’ve had more mentions than me, I said she’d hate it really, she’s so shy.”

Leaning against her with his arm round her shoulder, the loved up star told her: “It’s like being in prison and you’ve given me a prison visit.

“I’m not going to let you go, you’re not going anywhere. You can come in my hammock!”

With tears pouring down Harry said: “I can’t help this, it is not like me, I don’t normally cry, I’m pretty old school. Are you pleased to see me?” 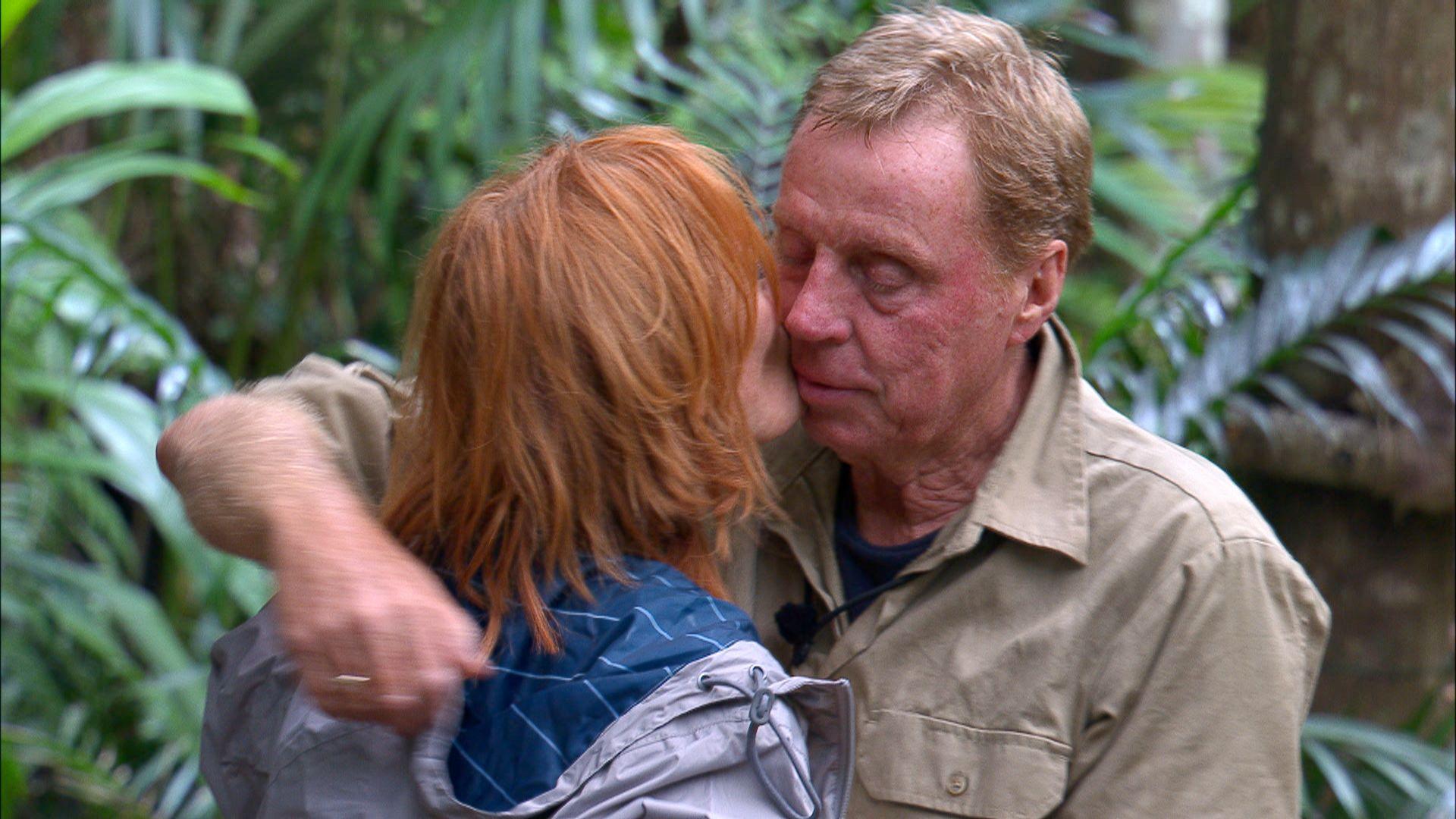 Harry said: “It’s funny, 54 years and we just don’t want to be apart, that’s done me up today, I’ve missed her so much. I love you so much.”

Those watching at home were very moved by the moment and took to Twitter to comment on it.

A second commented: “Ahhh, I wish I was a Sandra to a Harry #ImACeleb.” 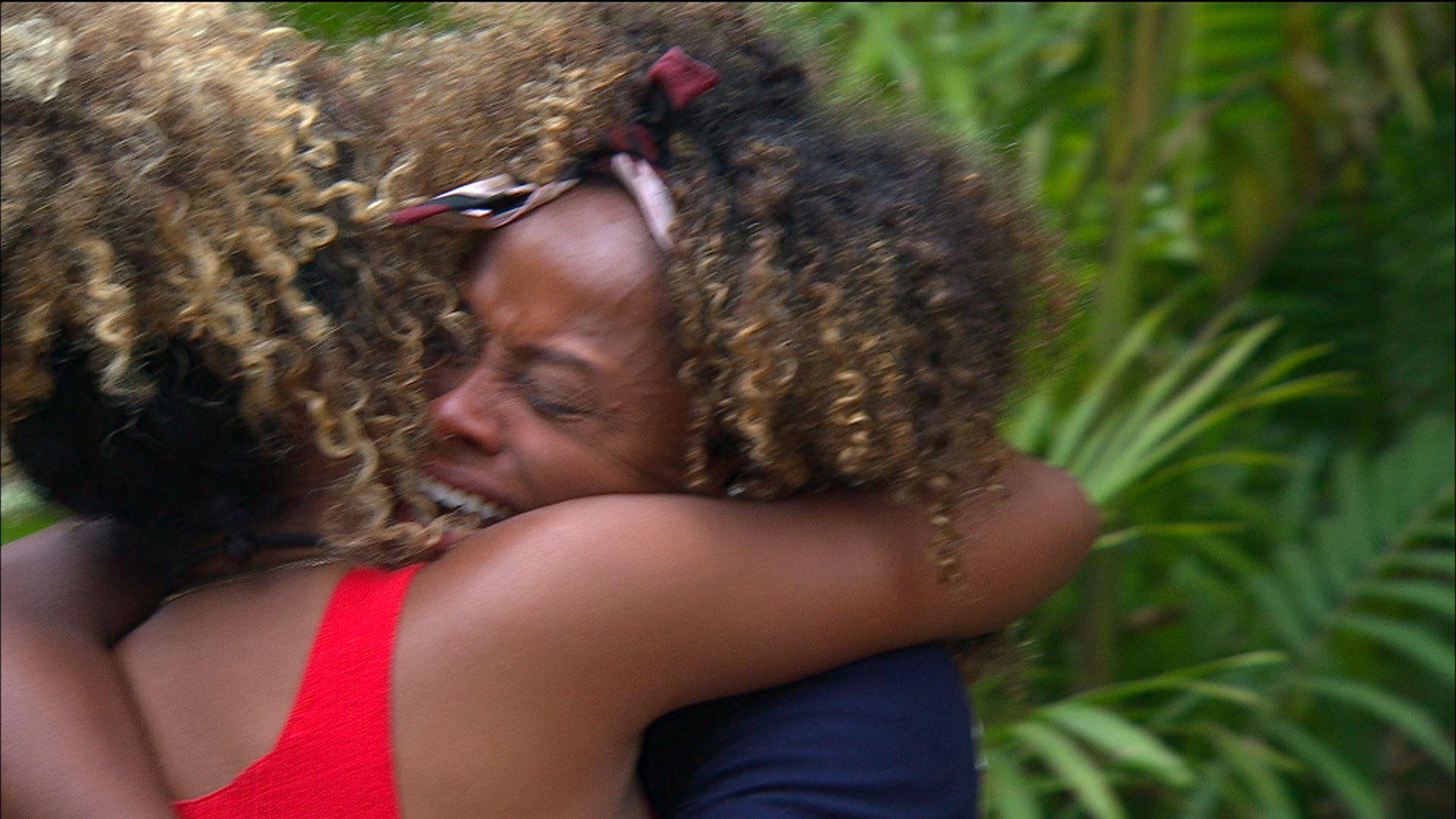 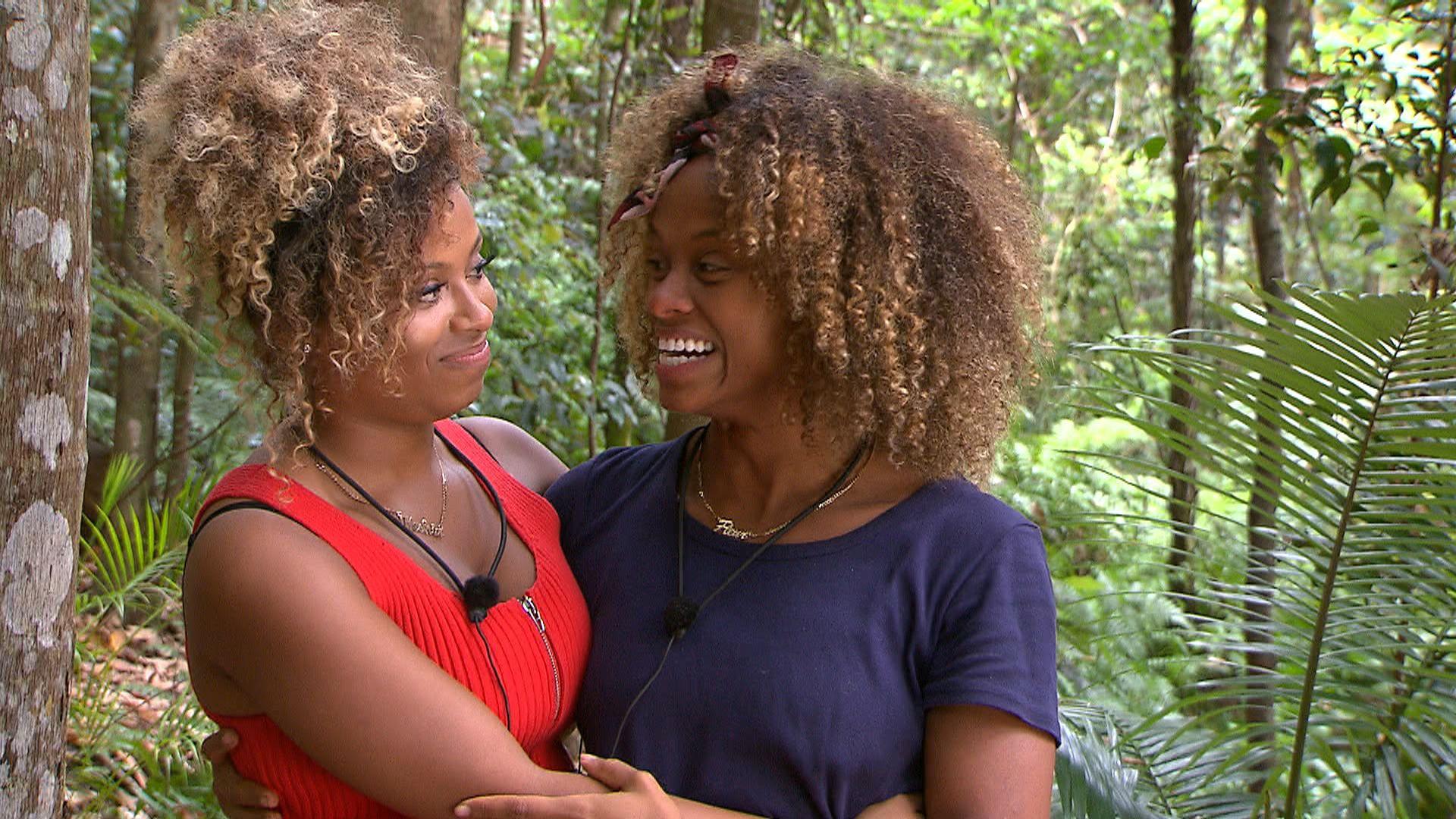 While a third remarked: “Harry and Sandra… my heart… my heart… #ImACeleb.”

Meanwhile Fleur was visited by her sister, John was met by his husband Scott, while James’ girlfriend Kirstie paid him a visit and Emily was delighted to see her mum Kate.

An emotional James said: “Seeing Kirstie in the Jungle is the absolute best thing that could happen to me in here. I’m so happy to be in here with her now, it’s amazing”

Kirstie told him: “Everyone’s so proud of you, I can’t tell you how much support you’ve got."

James said he missed Kirstie so much, she smiled and said “You’re so sensitive.” 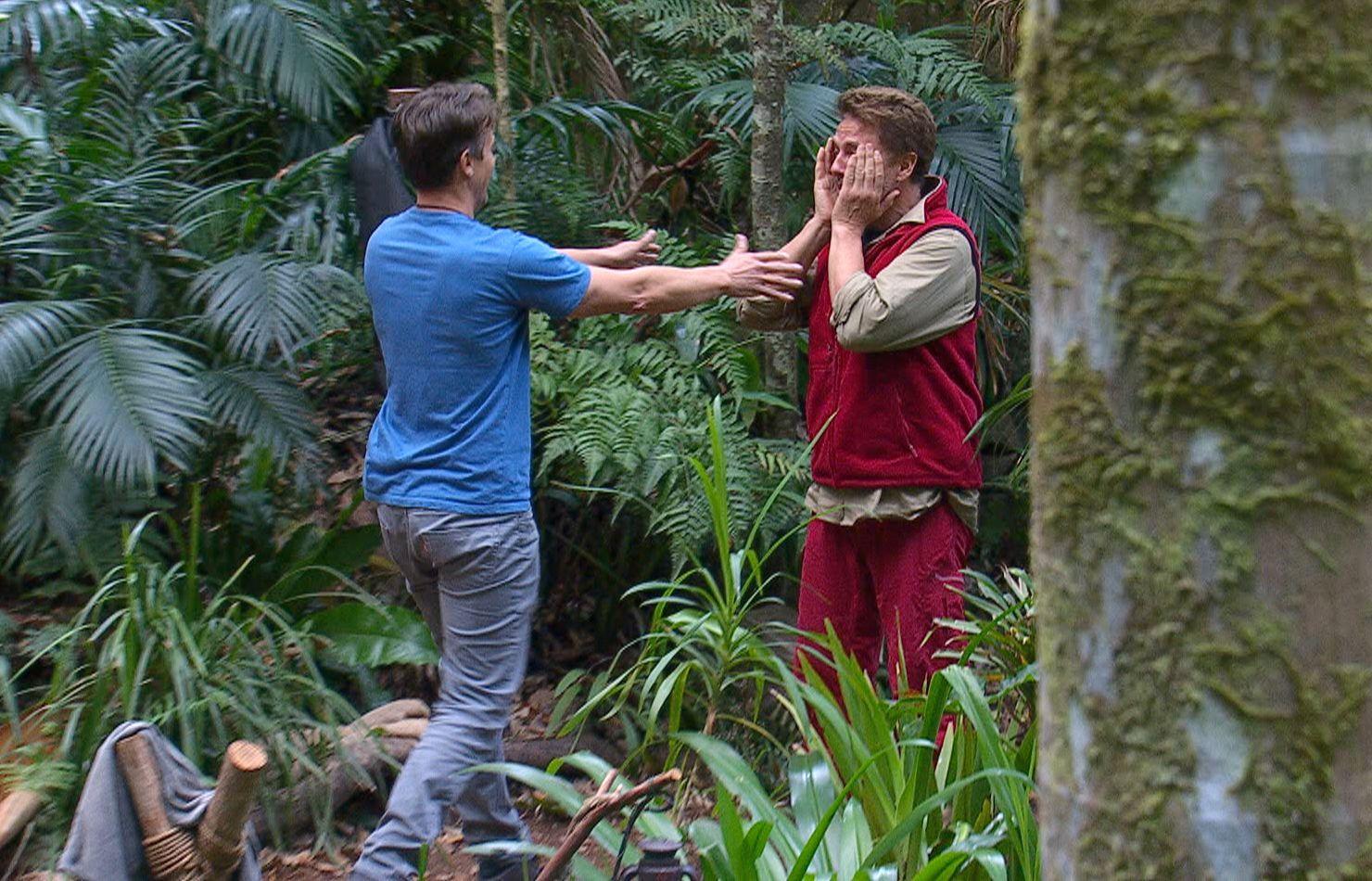 Emily’s mum couldn’t resist bringing up Jamie Redknapp after Emily asked Harry to set them up.

Kate asked her: “Would you like Harry as a father in law?”

The comedy actress replied:  “I would! And I’d make a great daughter in law.”

She continued:  “I genuinely love them all but you’re still alone because as much as they become family, they’re not your real family and there are moments I just want to talk with you.” 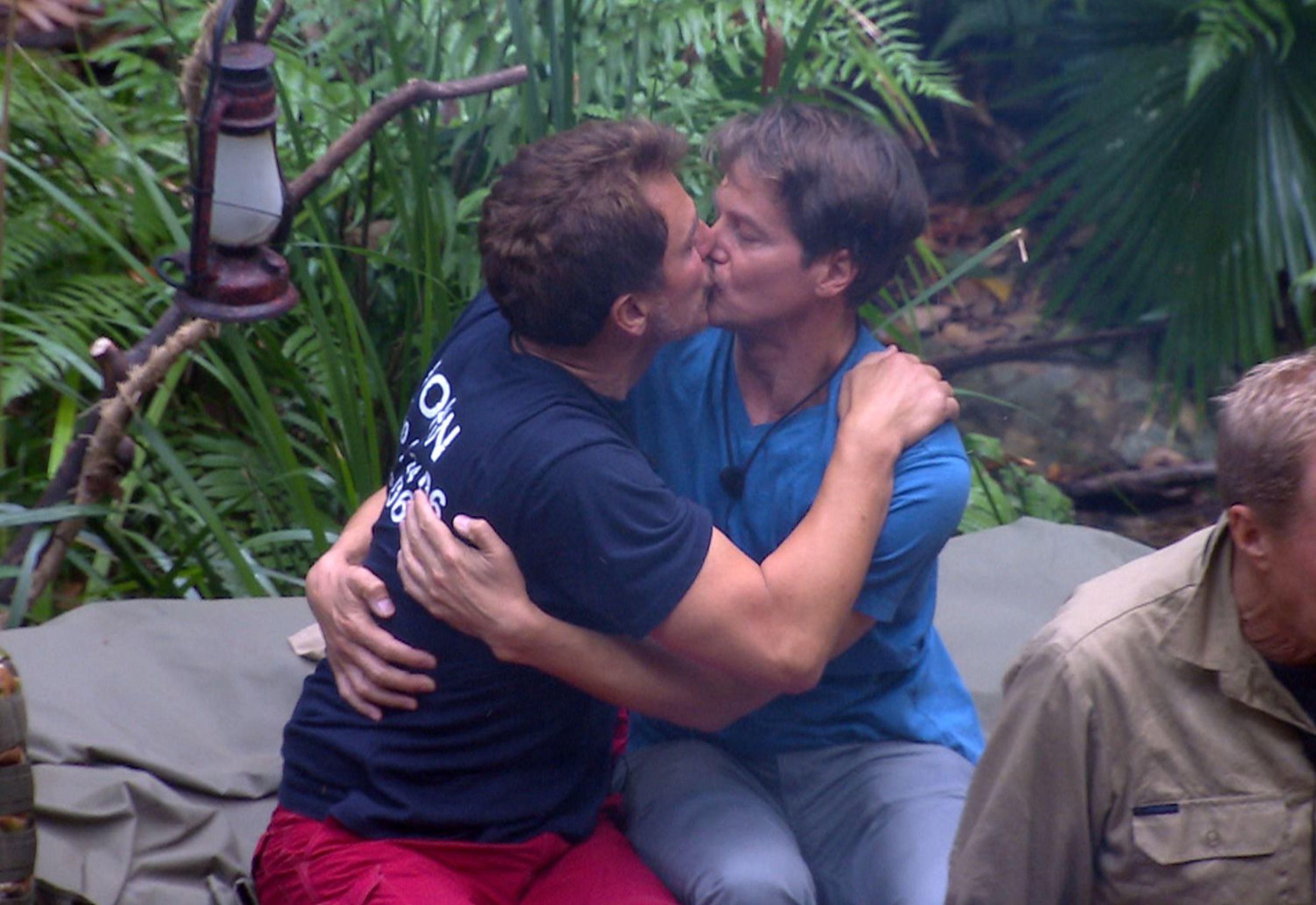 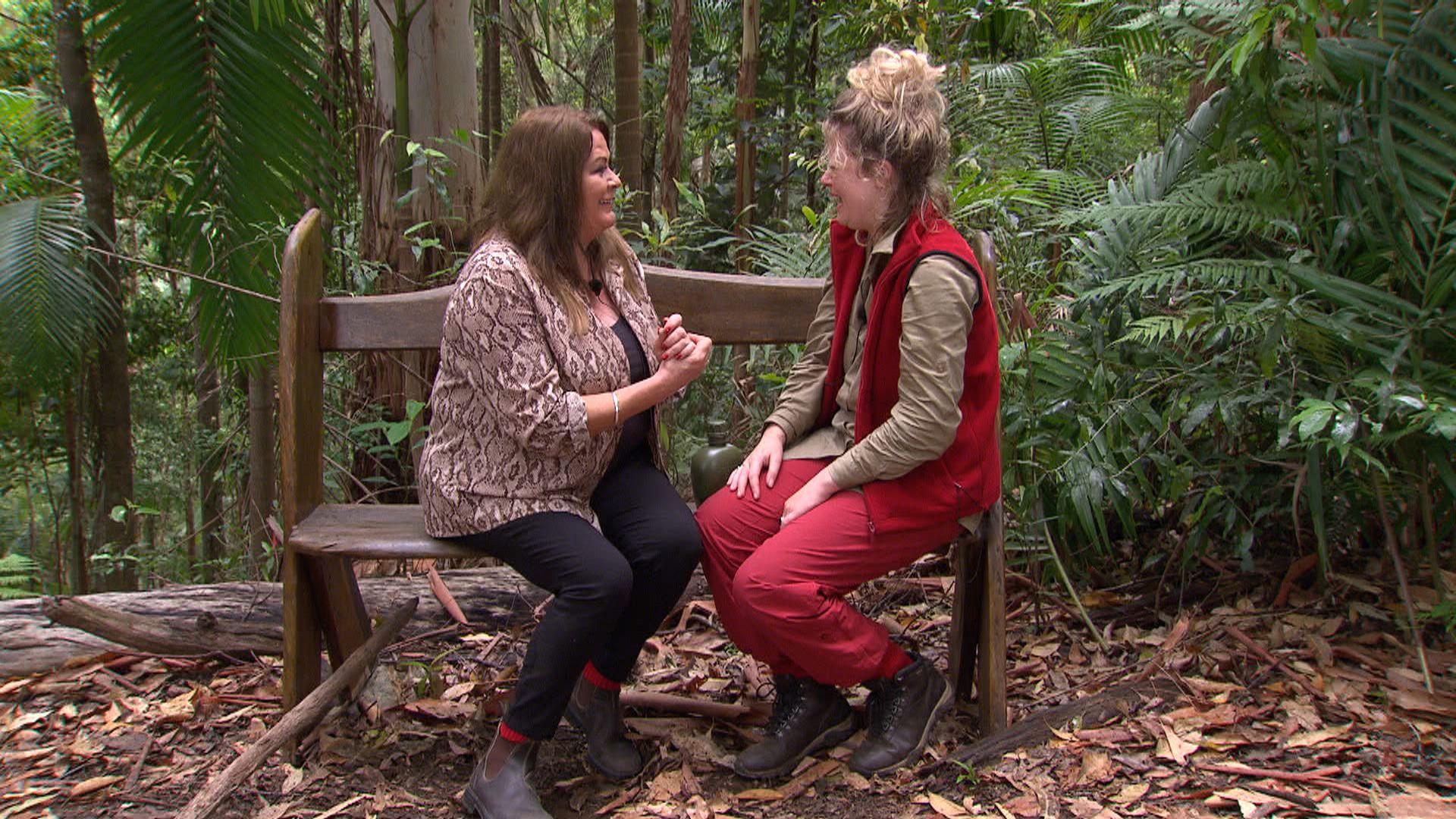 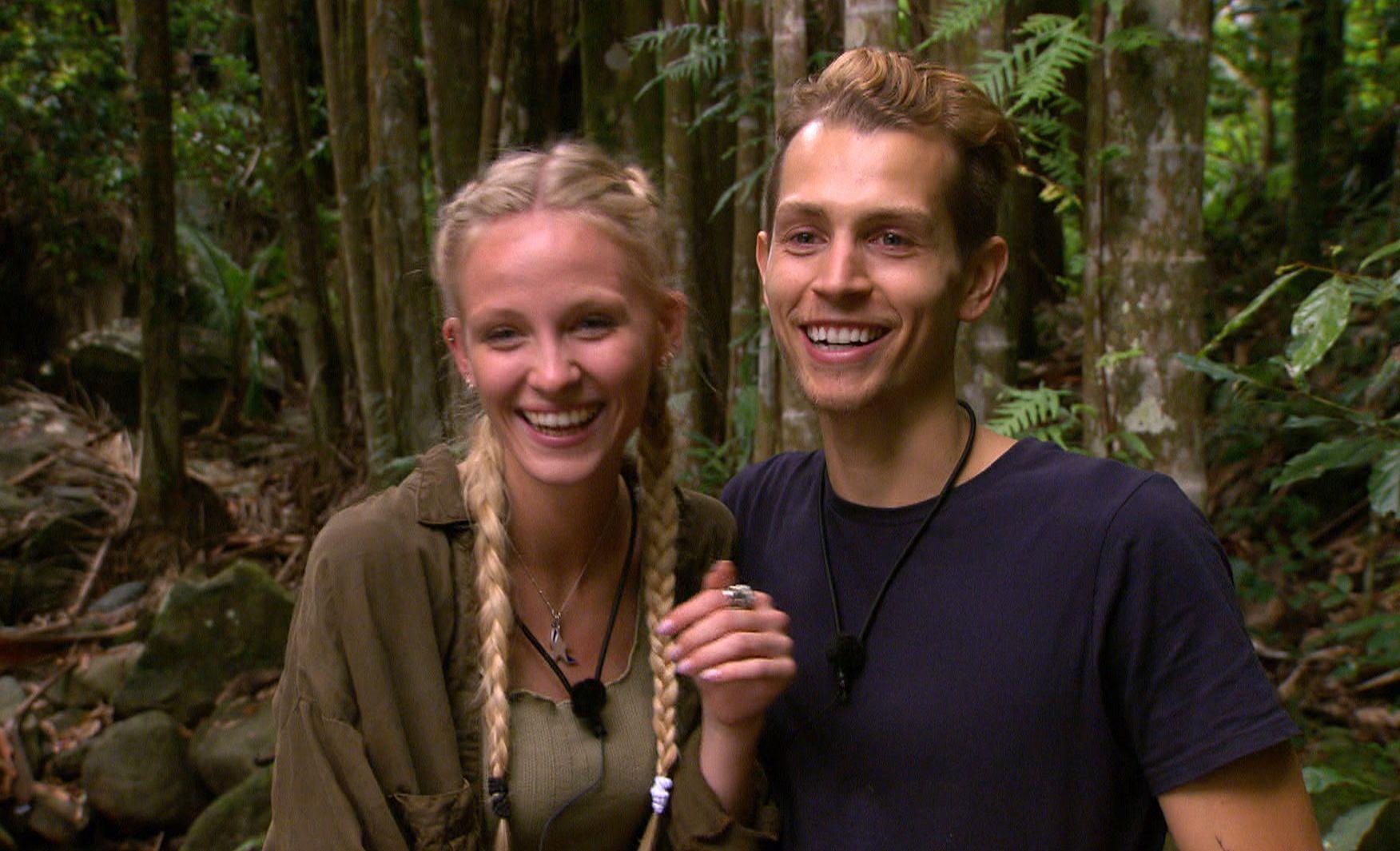