Austrian Hasenhuttl watched from the stands as the Premier League strugglers were beaten soundly yet again. 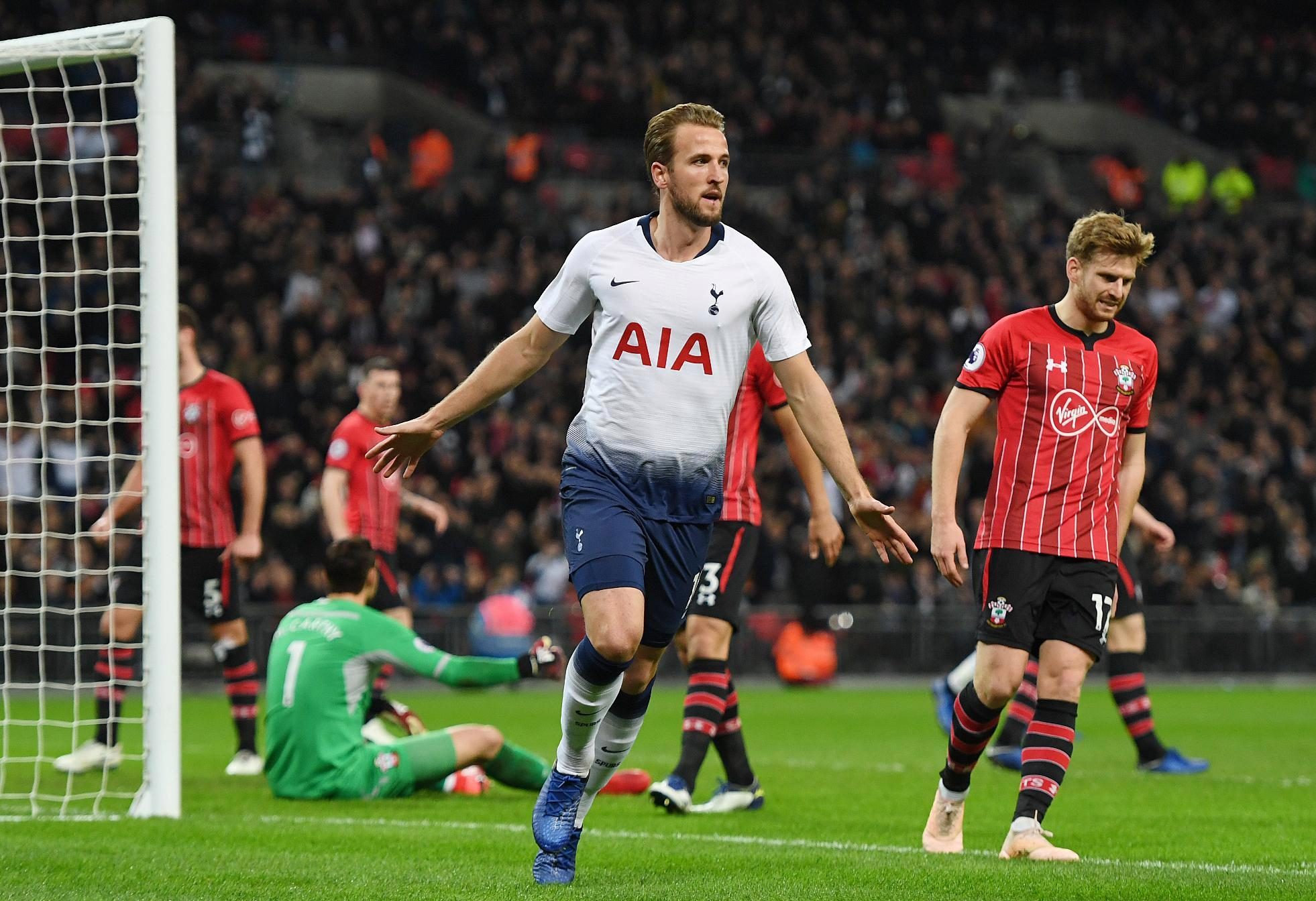 The South Coast side are now TEN top-flight matches without a win — nine of them under Mark Hughes, who was sacked on Monday.

Hasenhuttl officially takes over today with his prospects of keeping the club afloat looking as favourable as those of the captain of the Titanic which sailed out of the city’s port on its fateful voyage in 1912.

The Austrian must have wondered what he has let himself in for as he saw Saints sail right into another iceberg.

Hasenhuttl is going to have to be one superb manager to keep them up. 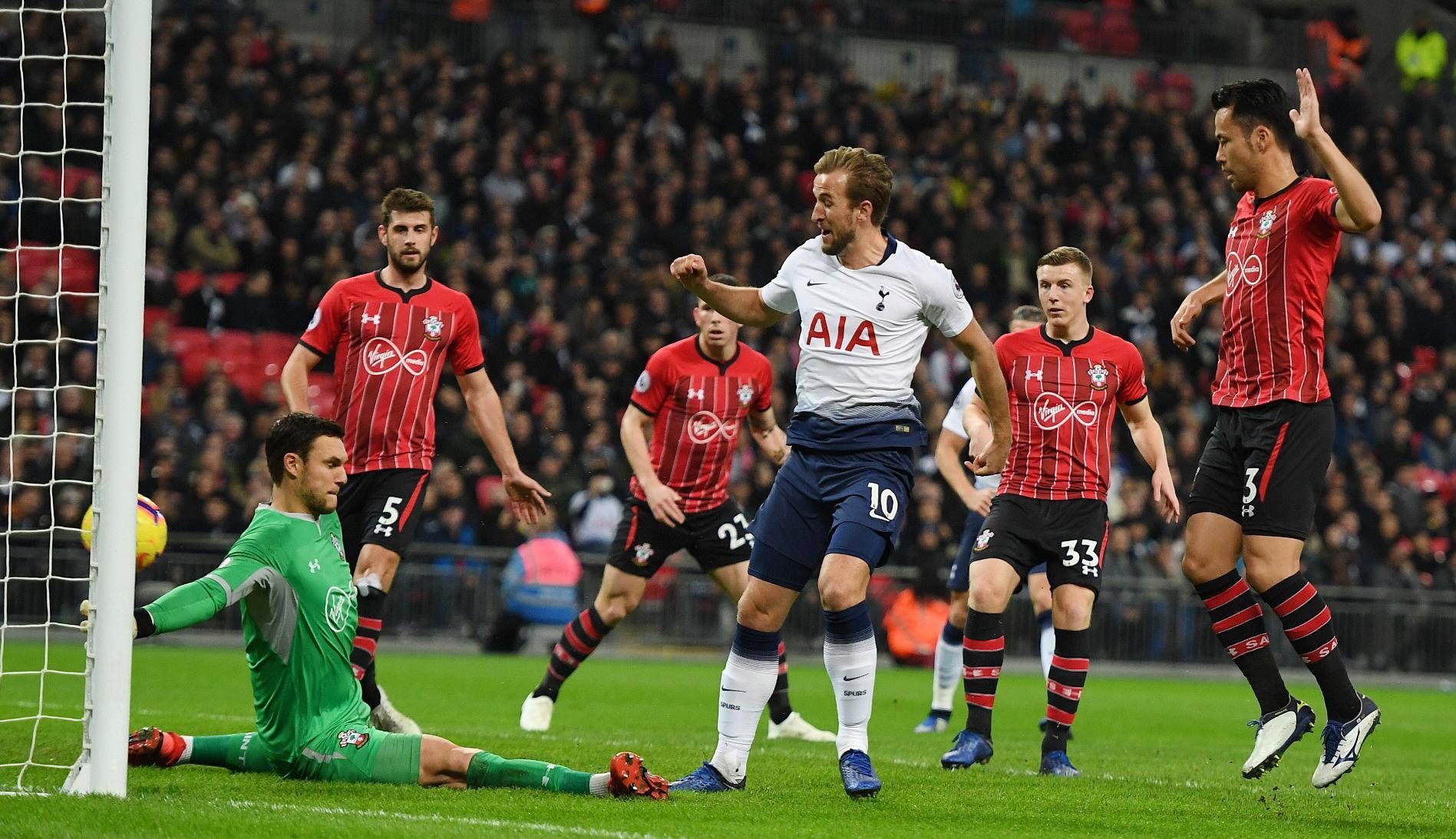 Their players showed plenty of spirit in caretaker Kelvin Davis’ cameo but not much savvy or quality. At times they were all over the place.

For Tottenham it was simply a pleasure cruise as they got back to winning ways in low-key circumstances following the drama of their 4-2 defeat to Arsenal in Sunday’s high-intensity North London derby.

Spurs were far from their best.

They did not need to be as strikes from Harry Kane, Lucas Moura and Son Heung-min saw them coast home. 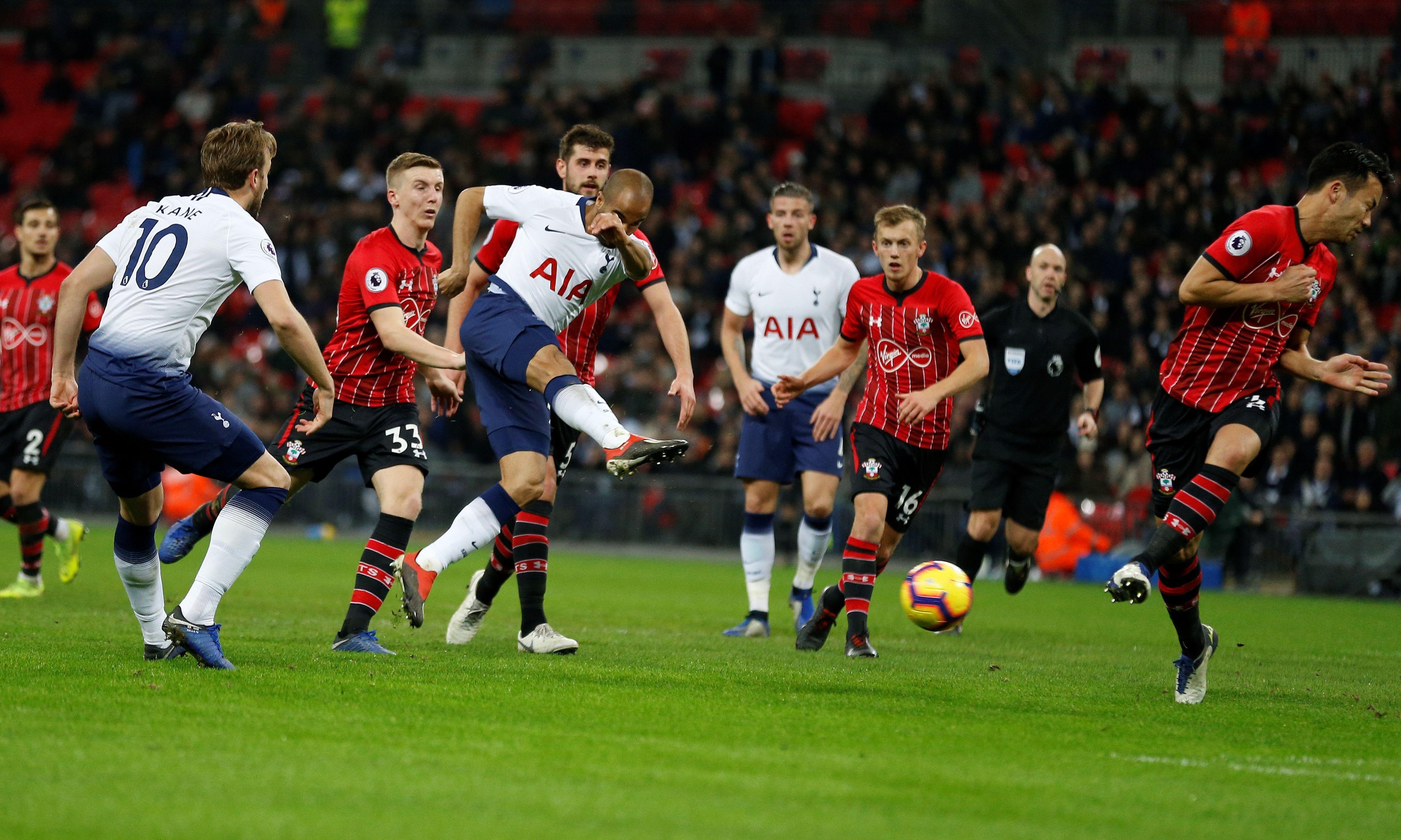 Southampton will point to the fact they hit the woodwork three times and forced two brilliant saves from keeper Hugo Lloris.

Yes, but that was only when Spurs — who played within themselves — went down through the gears again. Southampton never looked like winning and they knew it.

Perhaps the only consolation for the visitors was that not many witnessed their misery with just 33,012 at Wembley — the lowest league crowd during Tottenham’s temporary tenure.

You would have thought Saints might have felt at home in front of all those empty seats.

But they looked lost from the start as Son gave them a warning of what was to come when he fired a volley against a post in the third minute. 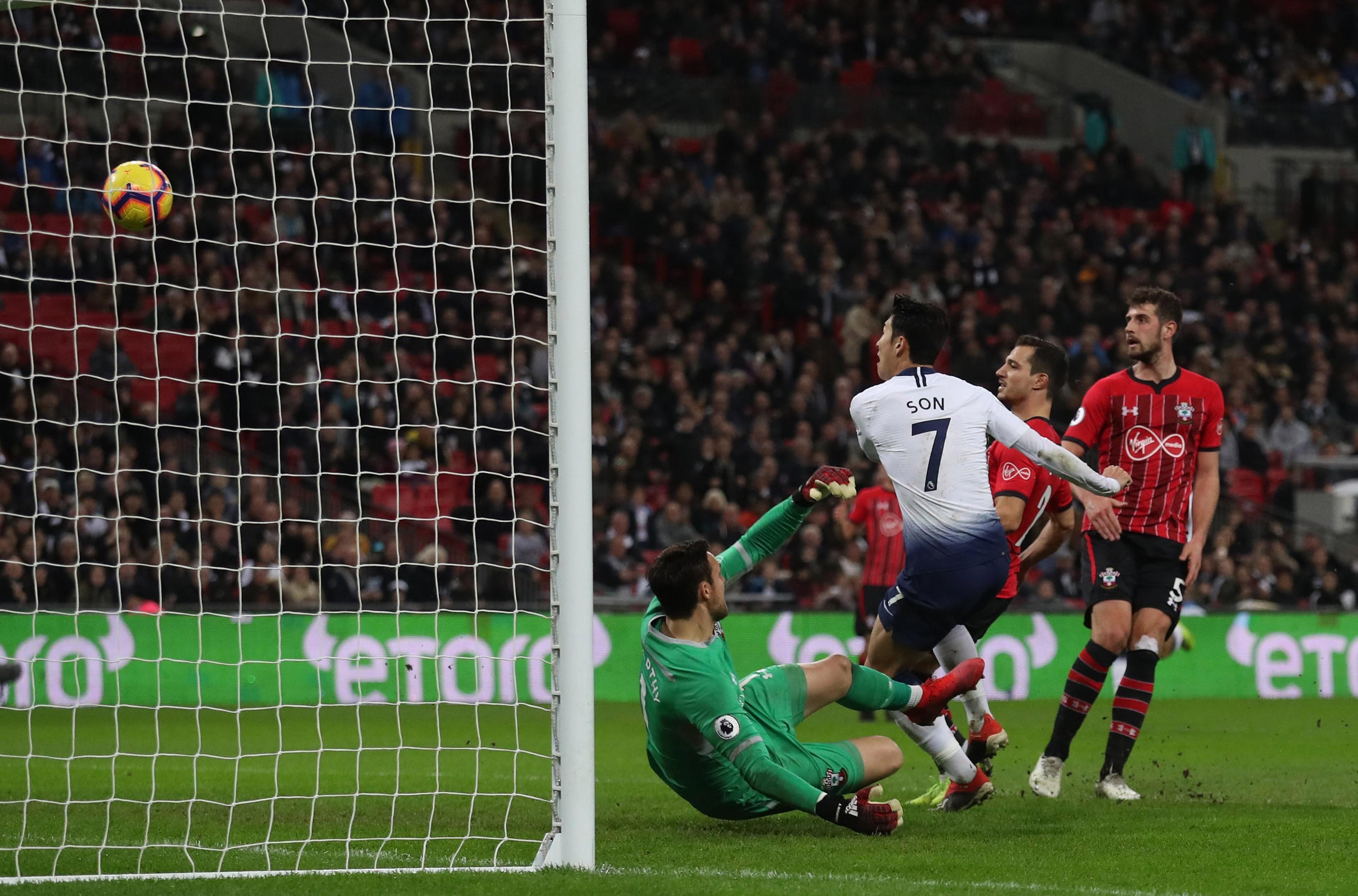 Their escape lasted just six minutes as Christian Eriksen took a short corner with Kieran Trippier before whipping in a low cross which Kane sidefooted past keeper Alex McCarthy at the near post.

It was the England skipper’s ninth Prem goal of the season and you get the feeling he could have had more had his team pushed themselves to the limit.

But as it was they were able to stay in second gear.

Moura then tried an audacious 50-yard chip from just inside his own half which McCarthy was able to collect comfortably.

Come on Lucas, Southampton might be bad but they are not THAT bad!

And the visitors showed in the 26th-minute when Pierre-Emile Hojbjerg’s 30-yard thunderbolt smacked the inside of the post. 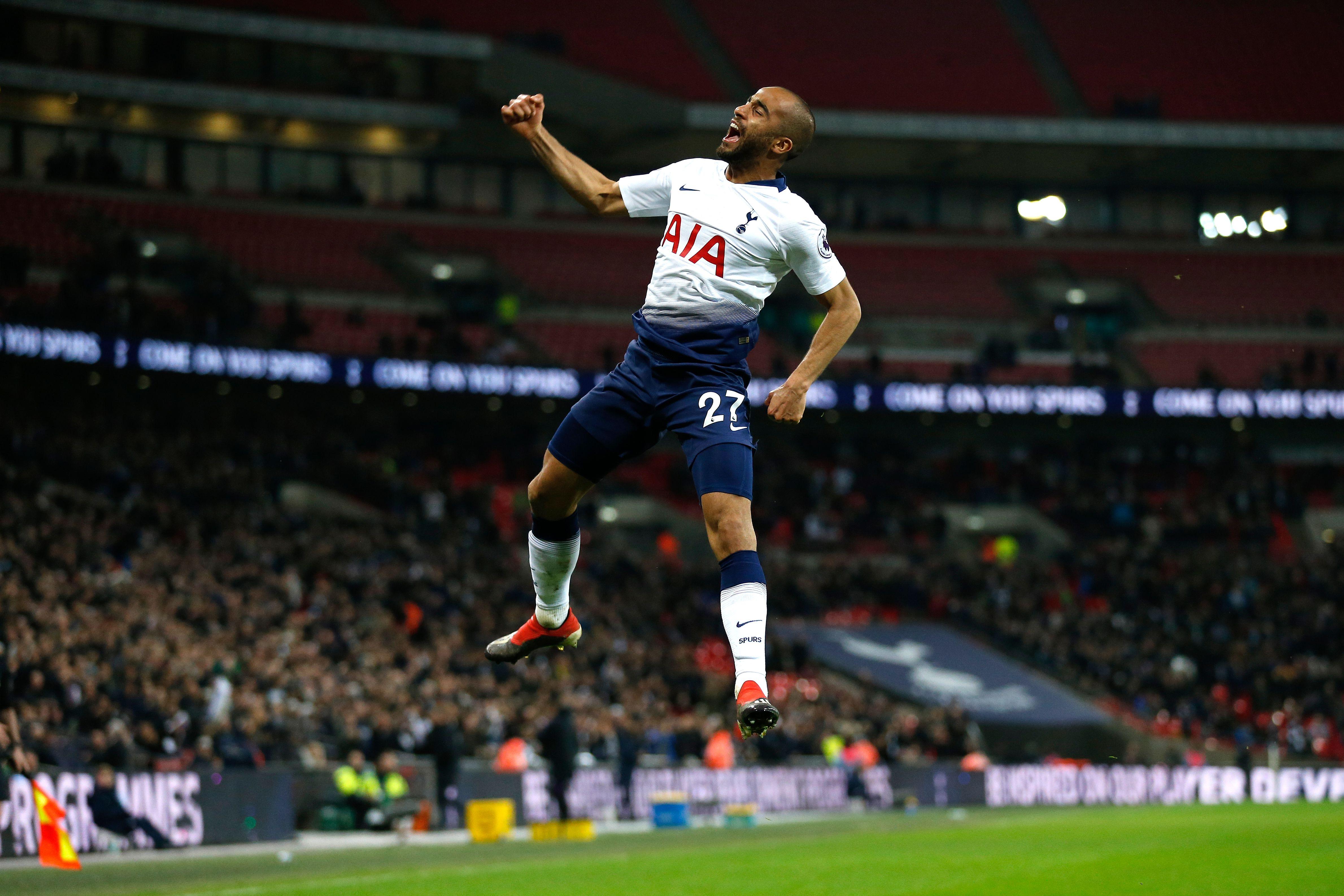 Saints then enjoyed a spell of keepball with their fans greeted every touch with an ironic “ole”.

The run of 15 passes or so may well have been the longest the South Coast strugglers have retained possession all season.

Normal service soon resumed, though, with Kane, Son and Eriksen each forcing keeper McCarthy into making fine saves before the half-time interval.

It was the same story in the second half as Toby Alderweireld’s header from Eriksen’s corner had McCarthy clawing the ball away from under his crossbar just 80 seconds after the restart.

Spurs’ second goal looked inevitable and so it proved from their next corner.

Saints’ woeful defence allowed Moura two bites of the cherry on 52 minutes as the Brazilian saw his first shot blocked by Jack Stephens before making no mistake with the follow-up, smashing it into net giving McCarthy no chance. 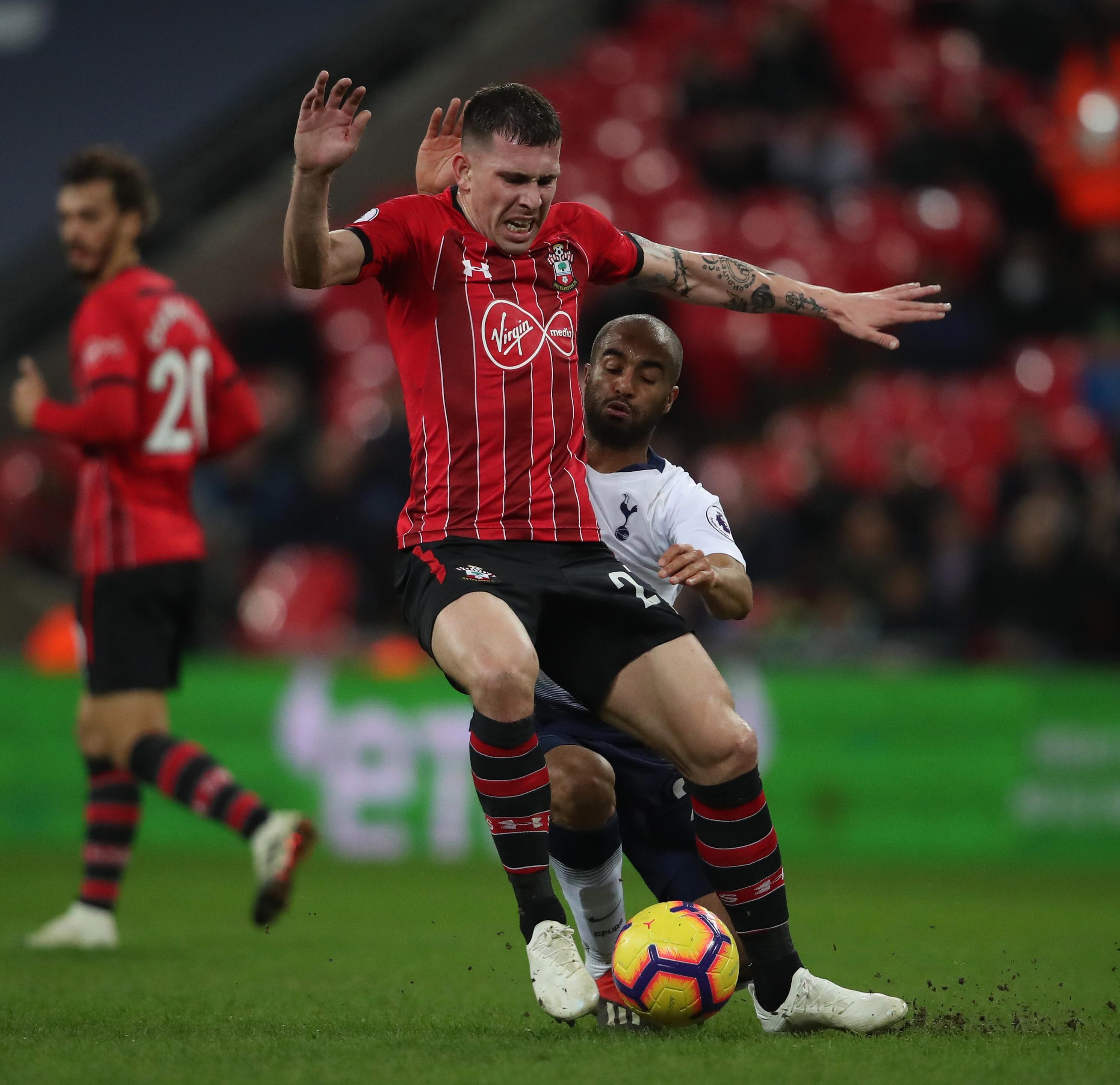 Three minutes later it was 3-0 as left-back Matt Targett’s attempted clearance up the line was blocked by Kieran Trippier sending the loose ball spinning into Kane inside him.

Kane looked up and crossed for Son to clip the ball beyond McCarthy.

It was so easy. Too easy. Nathan Redmond then curled a shot against the crossbar as Spurs took their foot off the pedal.

The French stopped then got down to low to save a smart shop from sub Charlie Austin.

Mohamed Elyounoussi’s header hit the crossbar before, finally, Austin broke away in stoppage time to fire a consolation past Lloris. 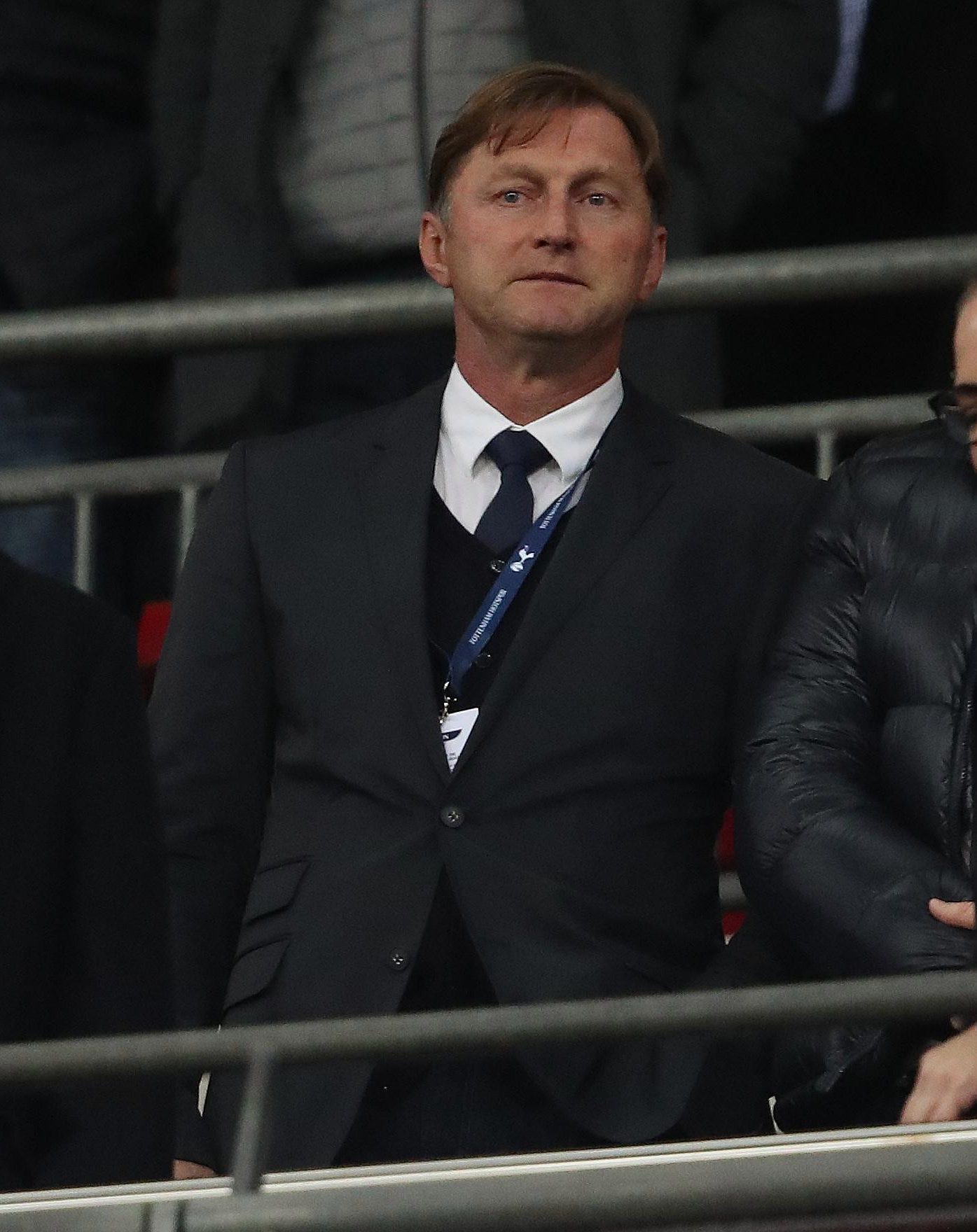 It gave the scoreline a more respectable look — and brought a smile out of the watching Hasenhuttl.
Let’s see how long that smile lasts for… 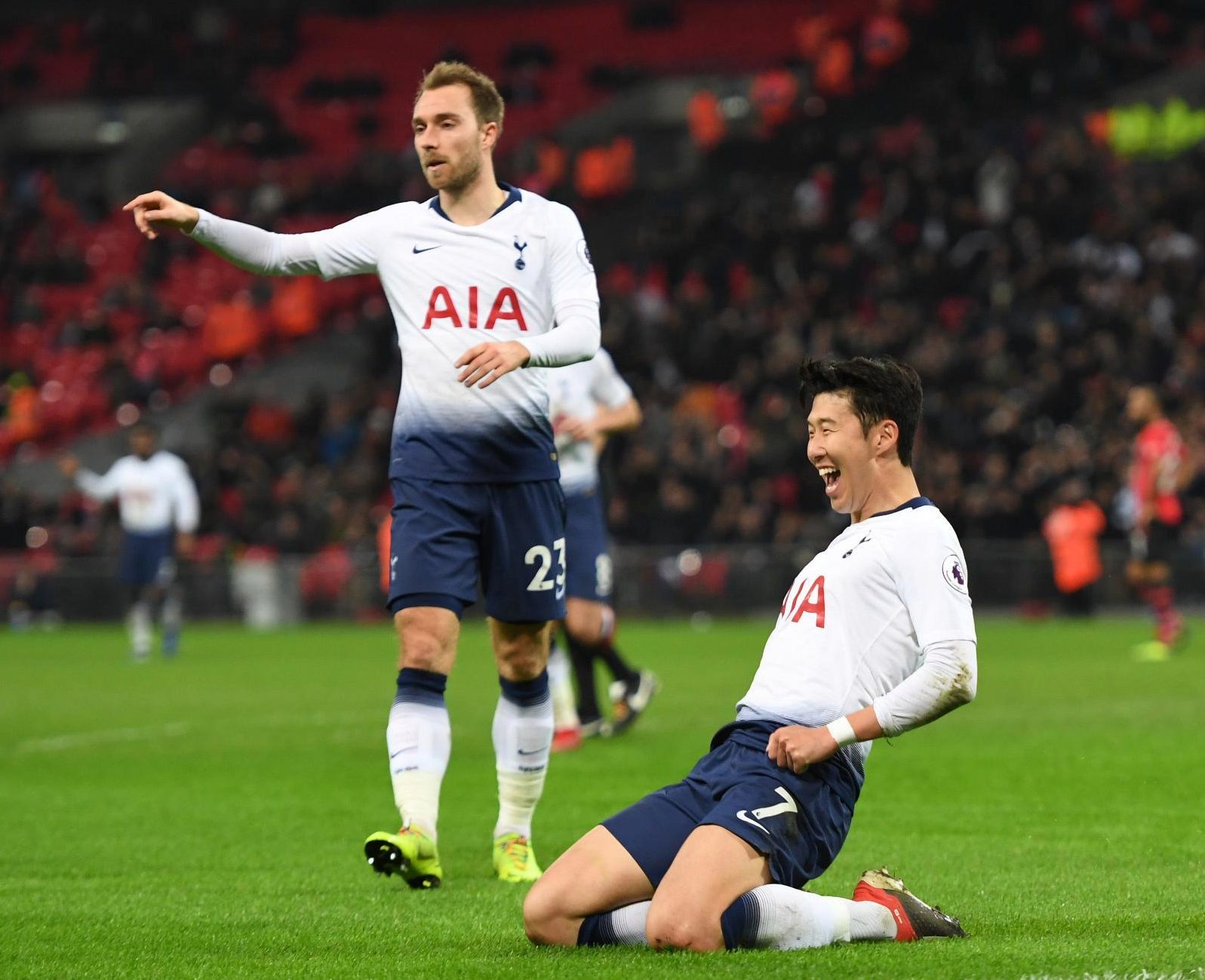