WOLVES have poked fun at Granit Xhaka in a TikTok video showing him trying to defend against Adama Traore.

Arsenal suffered a 2-1 defeat to Wolves at the Emirates last weekend, leaving them 14th in the table. 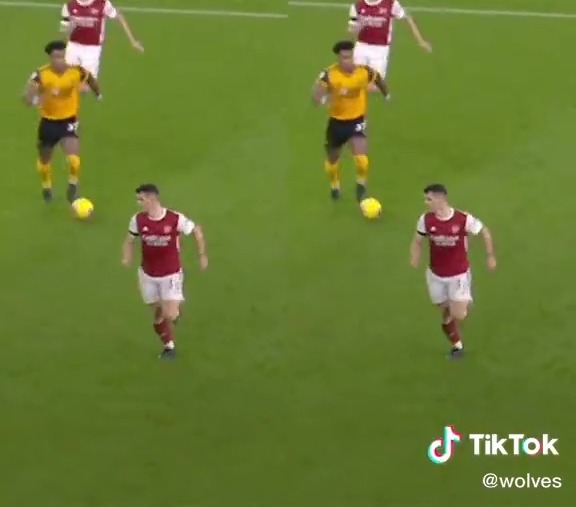 Goals from Pedro Neto and Daniel Podence sandwiched an equaliser from Gabriel.

And Traore played a starring role as Wolves’ right winger in a new-look 4-2-3-1 system.

At one stage in the game he charged full pelt at Gunners midfielder Xhaka, who was forced into a backwards run.

Xhaka looked left and right as he tried to track Traore.

But the Spaniard was too fast and too powerful as he left Xhaka for dead.

Wolves have now mocked the Switzerland international by posting the scene on social media outlet TikTok.

But the video was heavily edited to emphasise Traore’s darting run.

At one point the film splits into four identical segments as music plays in the background. 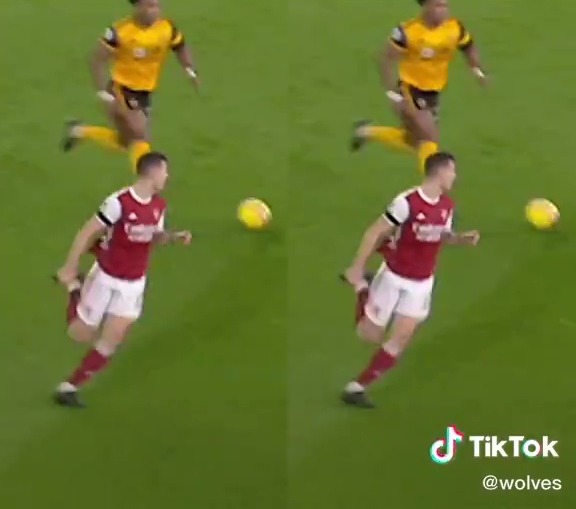 And Wolves rounded off the fun by titling the clip ‘How NOT to mark Adama Traore’.

Wolves will be hoping the video doesn’t come back to bite them when they visit Liverpool at Anfield tomorrow.