Gordon Reid beat Alfie Hewett in a singles bronze medal match that was nothing short of an ordeal for all involved, a most pyrrhic Paralympic victory.

The pair brought collective trauma to the table, shattered by falling short once again in an epic doubles final having both lost their singles semi-finals.

Reid has spent most of his time in Tokyo in self-isolation as a close contact of a Covid case, and Hewett’s very future in the sport is in doubt amid a classification row.

What all of that pain produced was a surreal sporting occasion that the history books will record as the Scot winning 6-4 3-6 7-5.

A lack of fans meant a certain silence was inevitable, but with the roof on the atmosphere on Centre Court resembled a morgue.

Neither player celebrated a single point and team staff sitting in the stands didn’t cheer or shout at either of their charges, making for a surreal occasion.

Hewett said: “We both said how much hated that match. 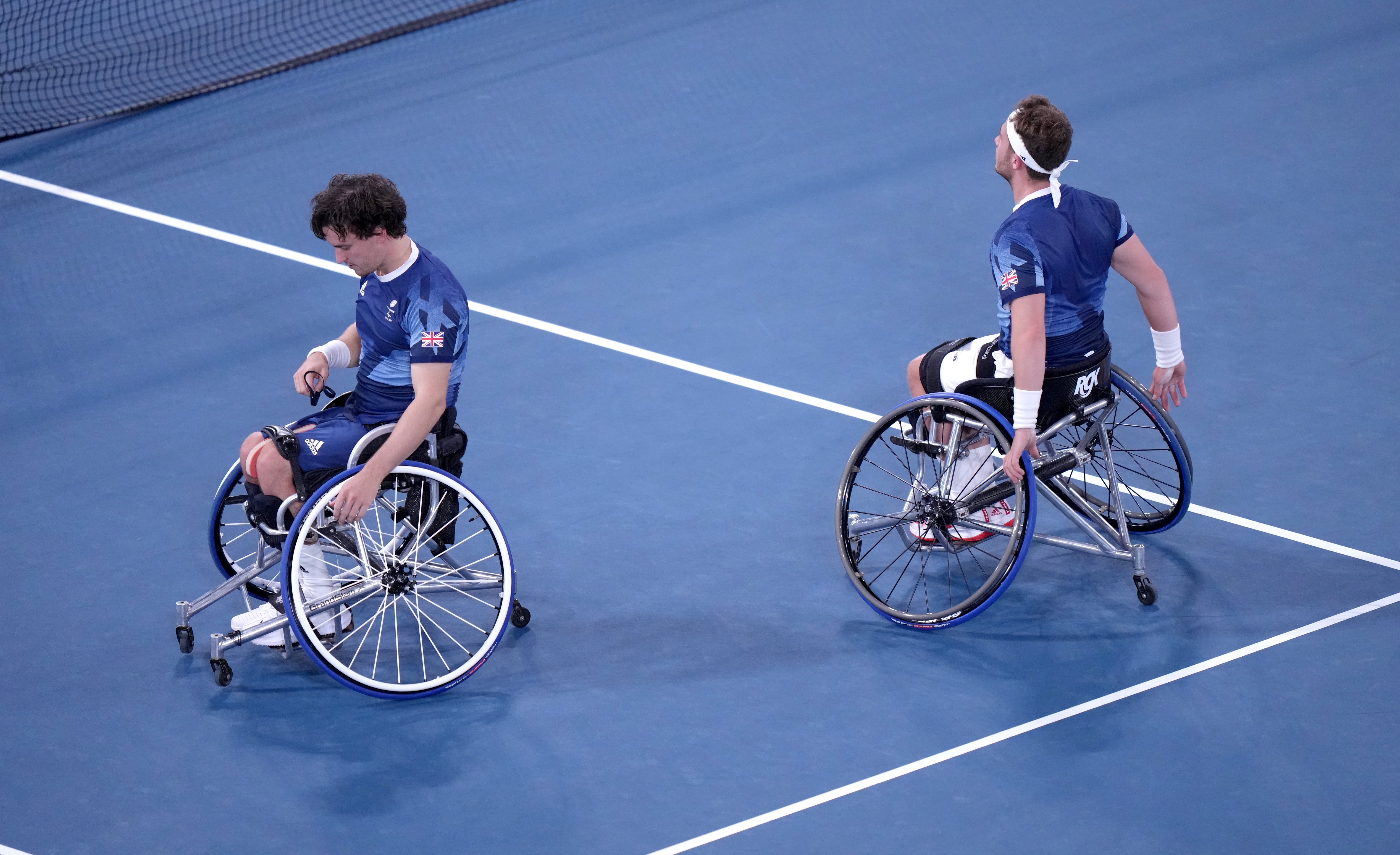 “It was horrible. There wasn’t much we could say to each other at the net at the end, we understood where we were both at.”

Reid added: “The last thing we wanted to do was come and play against each other on the same court.

“I’ve cried more this week than I have the rest of the past three or four years. It doesn’t feel like I’m a winner at the moment.”

The fact that, at the peak of his powers and the age of 23, this could be Hewett’s final Paralympics was a cloud that hung heavy here.

Hewett will be ineligible come the end of the year if he doesn’t win an appeal against his declassification and this month’s US Open could be his last major tournament.

“This is what I’ve done since I was eight years old,” he said. “It’s my career, it’s my profession and I want to continue.” 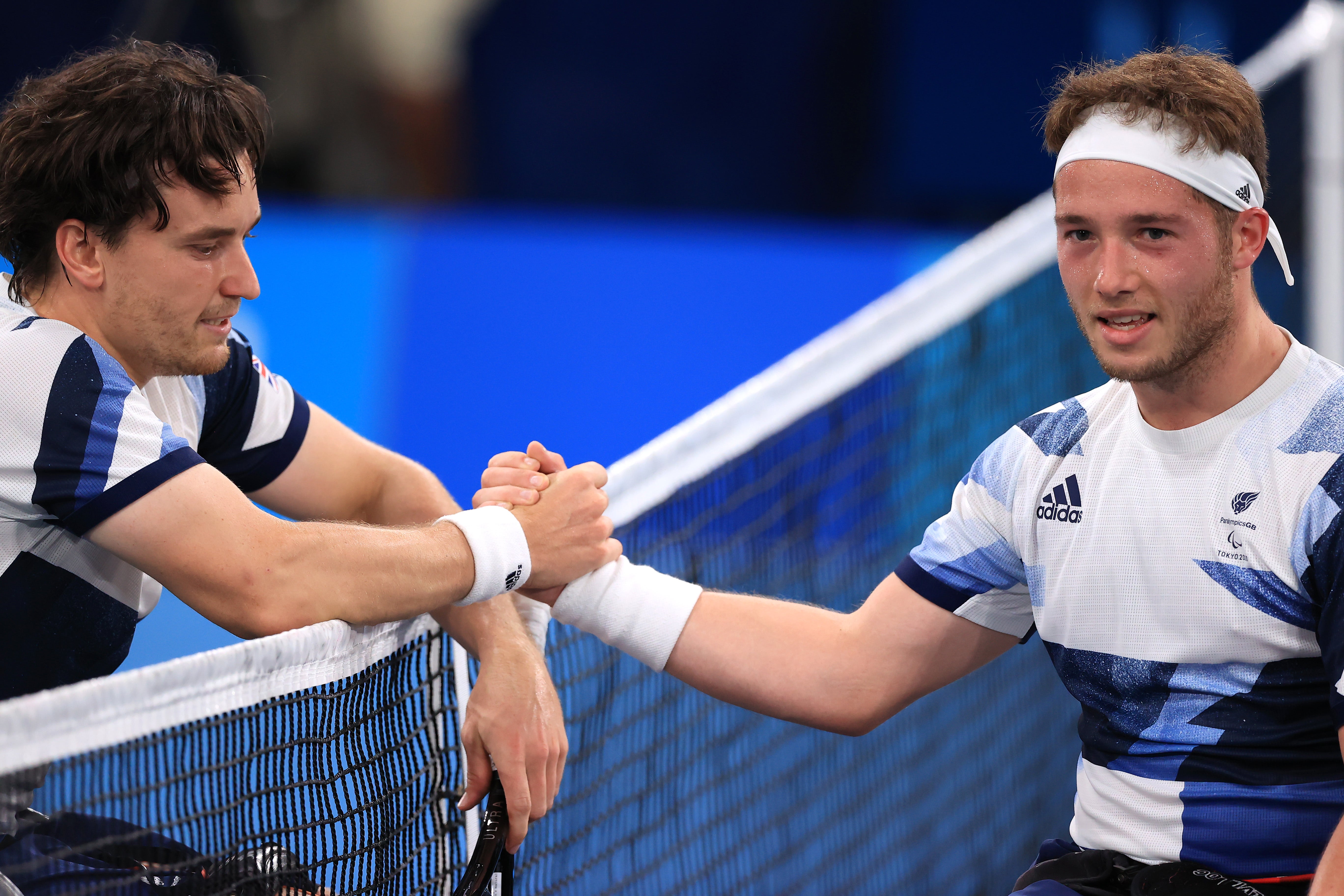 Reid may soon be shorn of his doubles partner and with three years until the next Games in Paris and Grand Slam titles to defend, what happens next is anybody’s guess.

The next cabs off the rank are 15-year-olds Danny Ward and Ben Bartram, both high-ranked juniors needing time to settle into the senior game.

“I’ve played with other people before. If I have to do it, if it comes to that, obviously I’m a professional and I’ll go and do that,” said Reid.

“But it’s impossible to replace Alfie. There’s not another Alfie Hewett in the world to play doubles with.

“I doubt I’ll ever have a bond with anybody on a tennis court like I do with Alfie because we’ve put so much effort and time into working together in this partnership.”

The picture is equally uncertain for the women’s pairing.

Whiley, who won a triumphant singles bronze in Tokyo, will soon call time on her career due to the demands of raising son Jackson.

Shuker plans to stay in the sport, but at the age of 41 will have to hope a new partner comes along for Paris.

“Tennis takes a lot out of you, it’s tough physically and you travel so much. There are some British players out there and it’s only three years to wait, Paris is just around the corner for us.

“If I can qualify and if the other girls who are coming up can qualify, who knows.”

Sainsbury’s is a proud supporter of ParalympicsGB and a champion of inclusive sport for all. Sainsbury’s commitment to helping customers to eat better has been at the heart of what we do since 1869. For more information on Sainsbury’s visit www.sainsburys.co.uk/ and https://paralympics.org.uk/