INDIANAPOLIS — As Gonzaga made its way through this pandemic season, with its stops and starts and tenor of uncertainty, it eyed an opportunity to stamp the season with a different sort of historical marker — an unbeaten season.

Since the start, when they began the season as the top-ranked team in the country, the Zags rolled over every obstacle put in their path, a scintillating offense eviscerating every opponent and showing almost no signs of vulnerability during their nearly three-week stay here for the N.C.A.A. men’s tournament.

Then late Saturday night, the Zags did what they hadn’t had to do all season — survive.

And they did so in spectacular fashion, with Jalen Suggs banking in a 40-footer at the buzzer to give Gonzaga a 93-90 overtime victory over U.C.L.A. in a national semifinal at Lucas Oil Stadium.

Suggs’ shot, with two Bruins in front of him, came after Johnny Juzang had erased the last of a 5-point deficit in the final minute of the extra period by following his own miss, the last of his game-high 29 points. Suggs took the inbound pass from Corey Kispert and after a couple dribbles launched his shot from just past midcourt.

As it went through, Suggs raced across the court from the Gonzaga bench, leapt atop a table and thrust his fists in the air as his teammates gave chase. Meanwhile on the court, the Bruins stood in disbelief, hands on their heads or the hips. As Gonzaga Coach Mark Few walked to midcourt to shake hands with Mick Cronin, his counterpart, all he could do was hold his arms out and shrug before the two embraced.

“I was just thinking, ‘please, please go in,’ I don’t want to go to another overtime,” Suggs said. 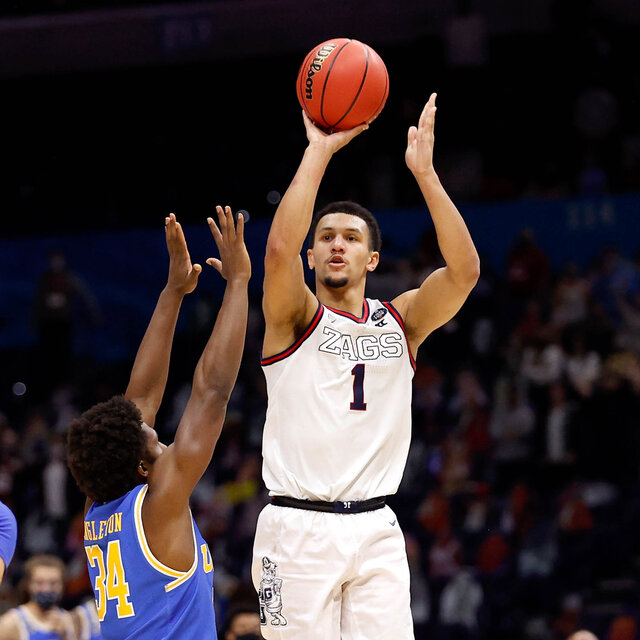 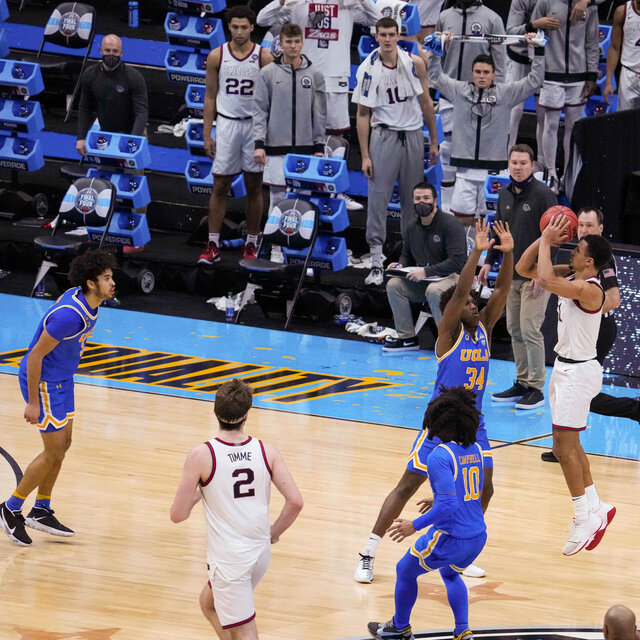 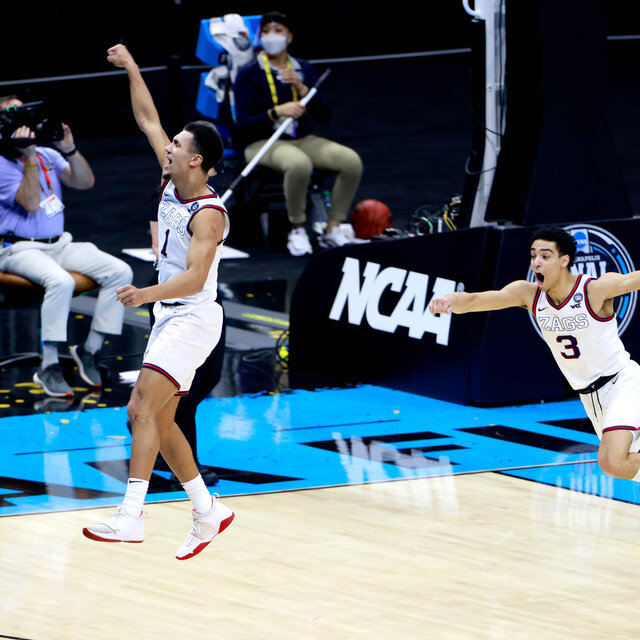 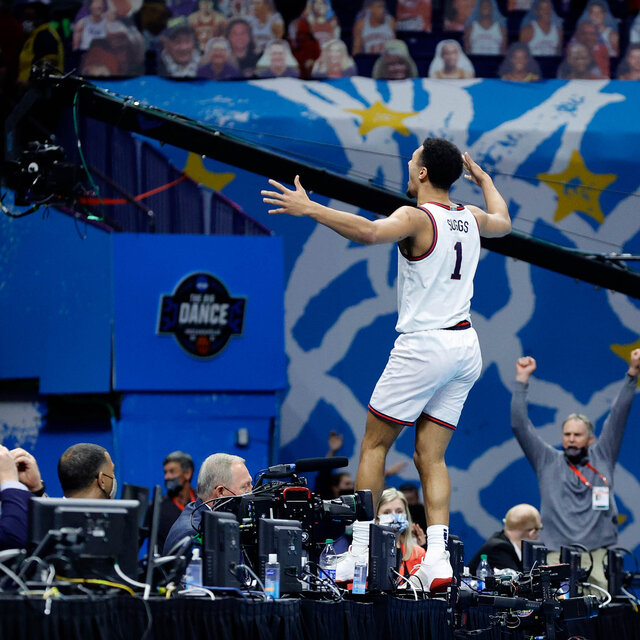 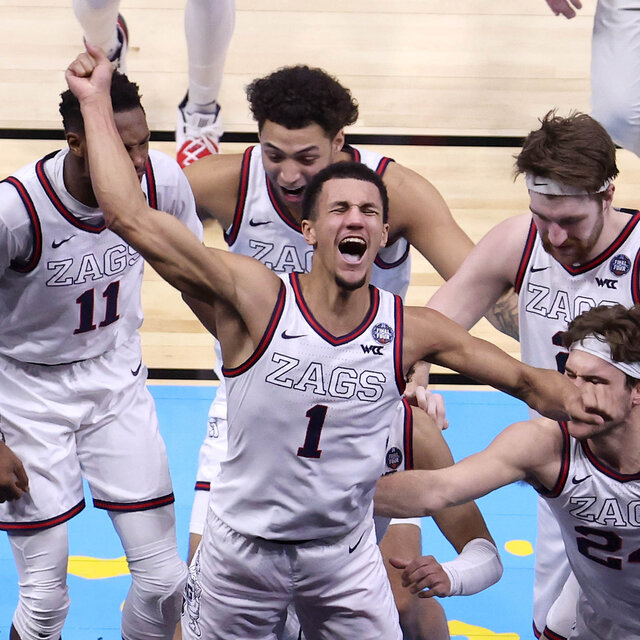