Mister Songman is called “the gift” by his Tasmanian owners and brought back memories of the TJ Smith days at Royal Randwick with a seven-length romp on Saturday.

The famous Smith silks of dark blue and green stripes hadn’t been seen winning on a Sydney track for almost three years, when Dana’s Best saluted in the 2015 Australian Day Cup, and have rarely been seen in the past decade. 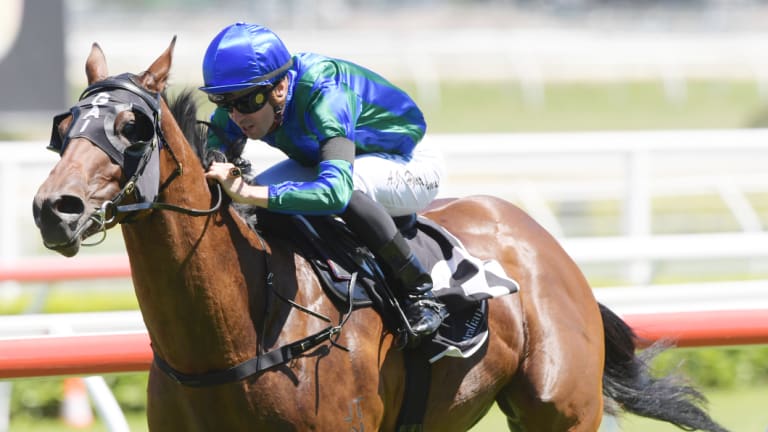 The winner of four races in Tasmania, Mister Songman was having his third start for Smith's daughter Gai Waterhouse and Adrian Bott in the Vale John Marshall Handicap (1400m).

“It is an honour to race in him in those colours,” Mister Songman’s owner John Burke said. “We called him the gift.”

“He is a good horse. Our dad bred him before he died and want me and my sister Elizabeth to race him."

The silks have been carried to victory thousand of times and by some of the greats of the Australian turf starting with Bragger, TJ Smith’s first horse.

Playboy was the first group 1 winner in 1949 AJC Derby at Randwick. The tradition was continued with Mighty Kingdom in a Caulfield Cup, Bounding Away and Star Watch in a Golden Slippers and Just A Dash in the Melbourne Cup.

Mister Songman ($1.55 fav) looks the right horse to keep the tradition going after being a fraction outside Trapeze Artist’s track record as he won by seven lengths from Generalissimo ($11) and Nikkas ‘N’ A Twist ($31).

“We want to take him through his grades but he is very exciting,”   Bott said. “I wouldn't count out seeing him in a big mile here sometime next year.

“We put the blinkers on him today and he really reacted well, and we will get a couple of more wins out of him before trying him in a stakes race.”

It was a thrill for jockey Adam Hyeronimus to ride in the colours, which Waterhouse retired from regular use in 2011.

“I’ve been a part of the stable  pretty much since when Gai put the silks away and it’s a huge honour to ride a winner in them,” Hyeronimus said. “It means a lot and hopefully it will be the first of many now that they’re back in action.

“That was really easy. He is a nice horse that is going to win better races than that.”