FRENKIE DE JONG has told the Barcelona dressing room he could join Manchester United, according to reports.

And it is said the Dutch midfielder is "very angry" with the Nou Camp club. 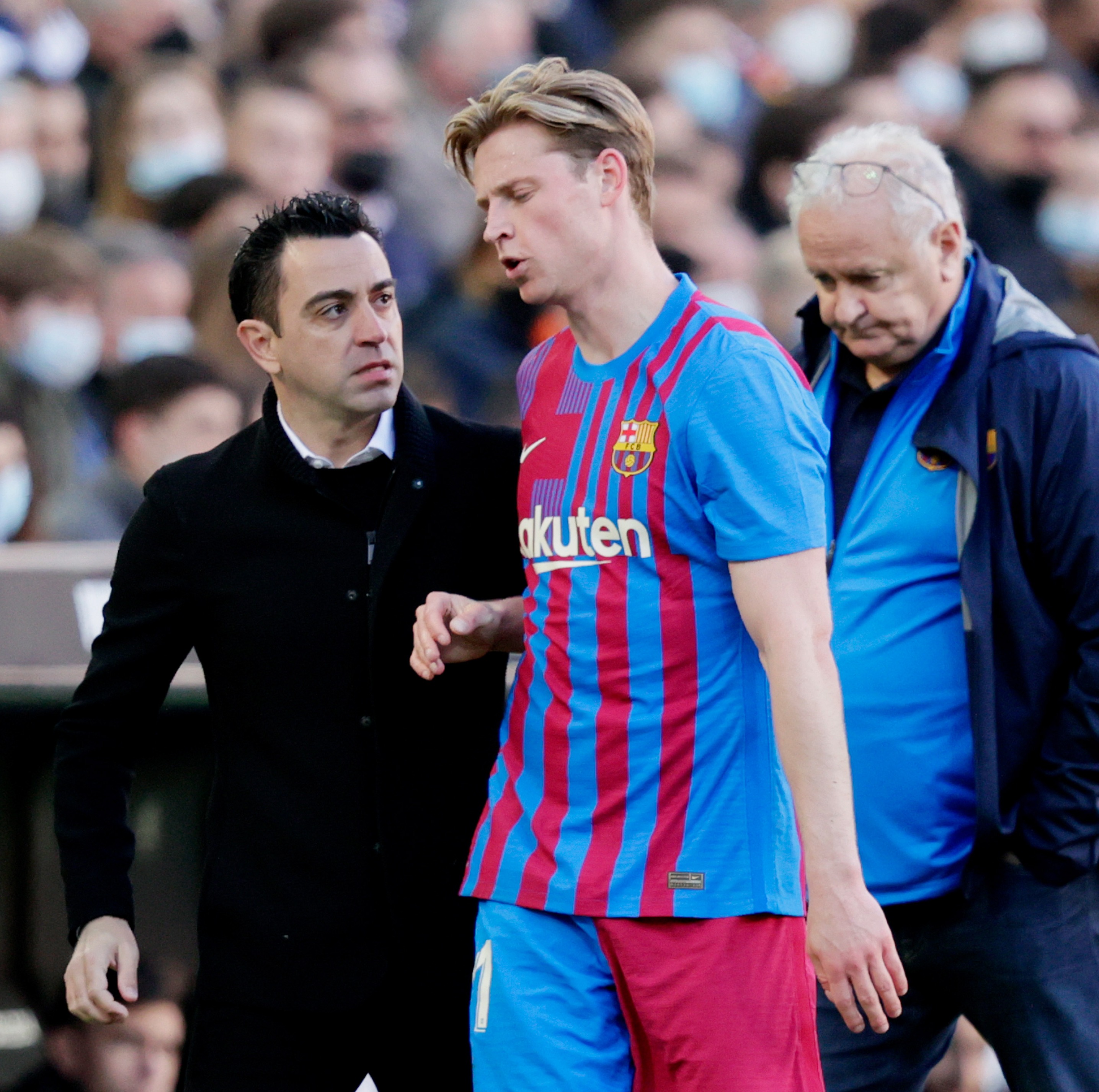 De Jong, 25, has been at the centre of the biggest transfer saga of the summer.

Manchester United have been chasing him all the way through the transfer window before Chelsea looked on course to hijack a possible deal by reportedly agreeing a deal.

But for most of the summer, De Jong has wanted to stay at Barca.

However, SPORT in Spain now state the midfielder has admitted to team-mates in the locker room he could be on his way to Old Trafford.

De Jong was desperate to play Champions League football this season but could be willing to forgo that demand.

The ex-Ajax star is still owed millions in unpaid wages which he wants settled before his future is resolved.

But the report adds he is now growing increasingly furious with the way the club are treating him and putting pressure on him to leave.

De Jong was given an ultimatum earlier in the summer that he had to take a wage cut or agree to be sold.

And now his patience at the club appears to have finally worn out.

A fee of around £72million has already been agreed between United and Barca, who are keen to sell one of their valuable assets to raise much-needed funds.

However, personal terms would still need to be sorted.

The transfer would be a major boost to Red Devils chief Erik ten Hag, who has once again stated his desire for more signings before deadline day.

And Thomas Tuchel would need to find an alternative central midfielder if he misses out on the 44-cap international – despite looking like a deal was on the verge of being completed.

As it stands, De Jong is included in the 23-man matchday Barcelona squad to face Rayo Vallecano tonight.