FOOTY fans were quick to take to social media after Bruno Fernandes appealed for a penalty in Manchester United's clash with Arsenal.

The Portuguese midfielder collided with Gunners stopper Aaron Ramsdale in the sixth minute after getting on the end of a hopeful ball over the top from Lisrandro Martinez. 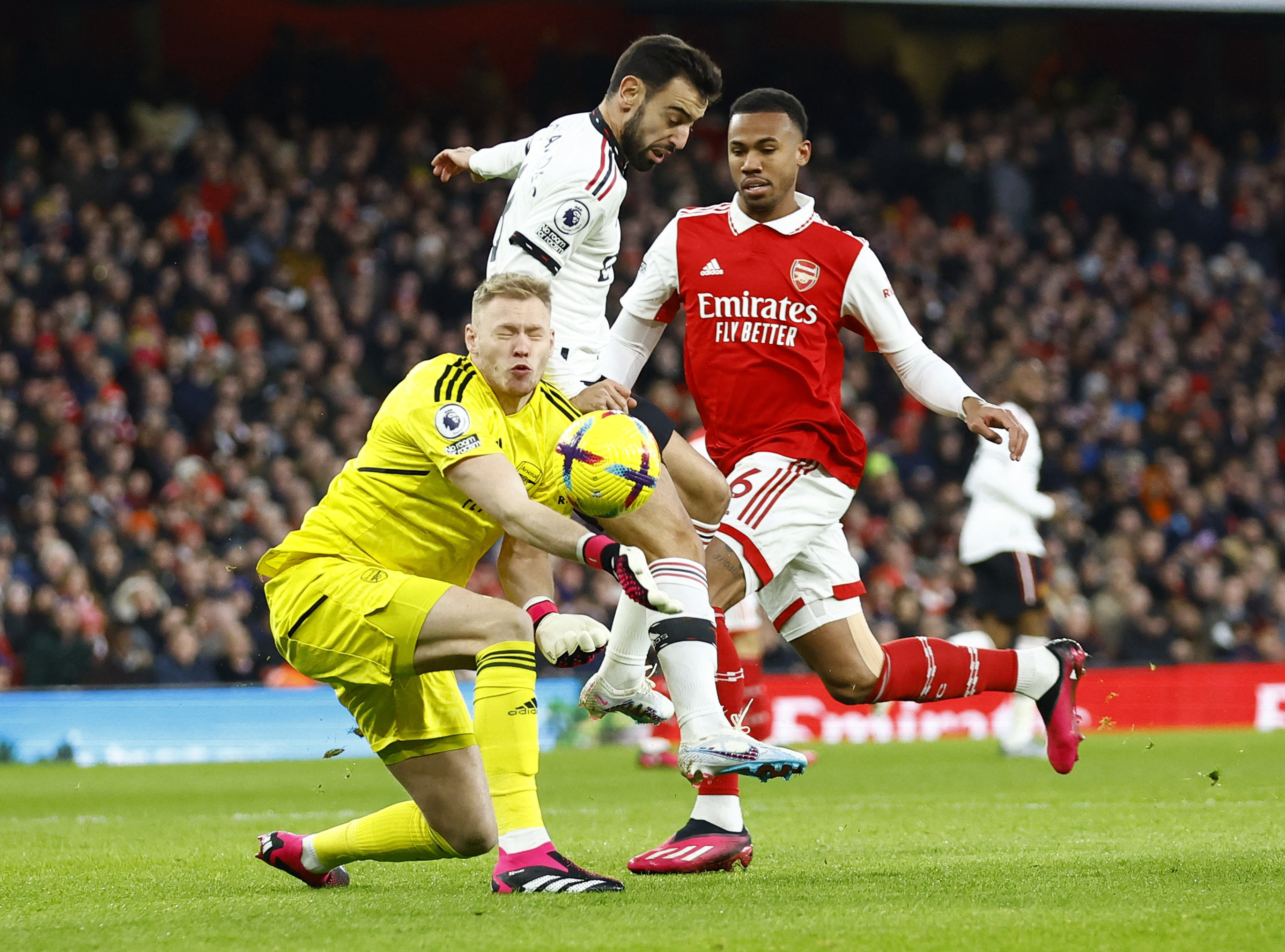 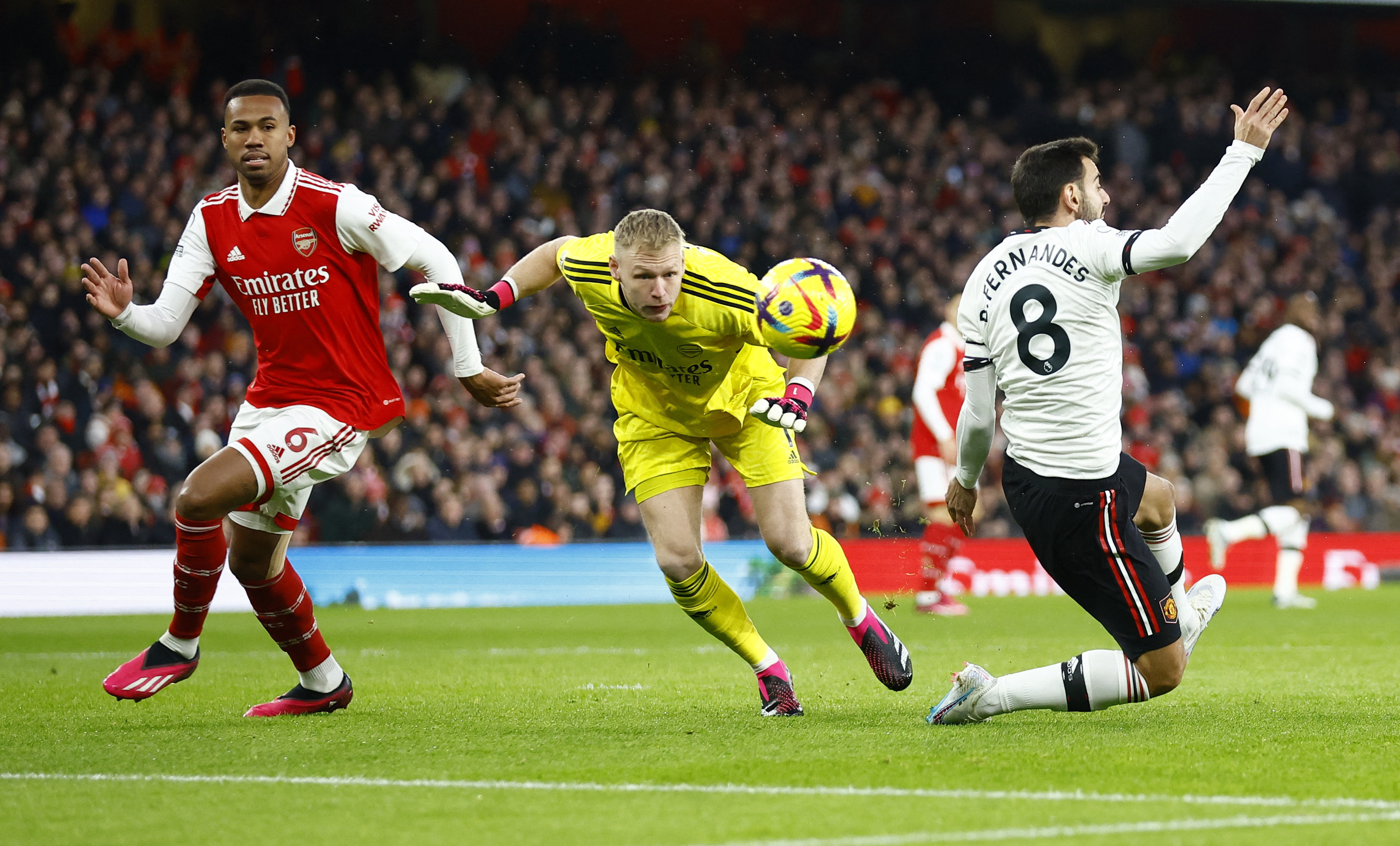 Fernandes immediately appealed for a penalty but his protests were quickly waved off by referee Anthony Taylor.

And fans watching the game weren't happy with his theatrics, so much so they took to Twitter to criticise him.

One tweeted: "Bruno Fernandes was appealing for the penalty before he’d even started his dive there."

Another said: "Took Bruno Fernandes 10 minutes to dive and kick out at Gabriel. Still no yellow." 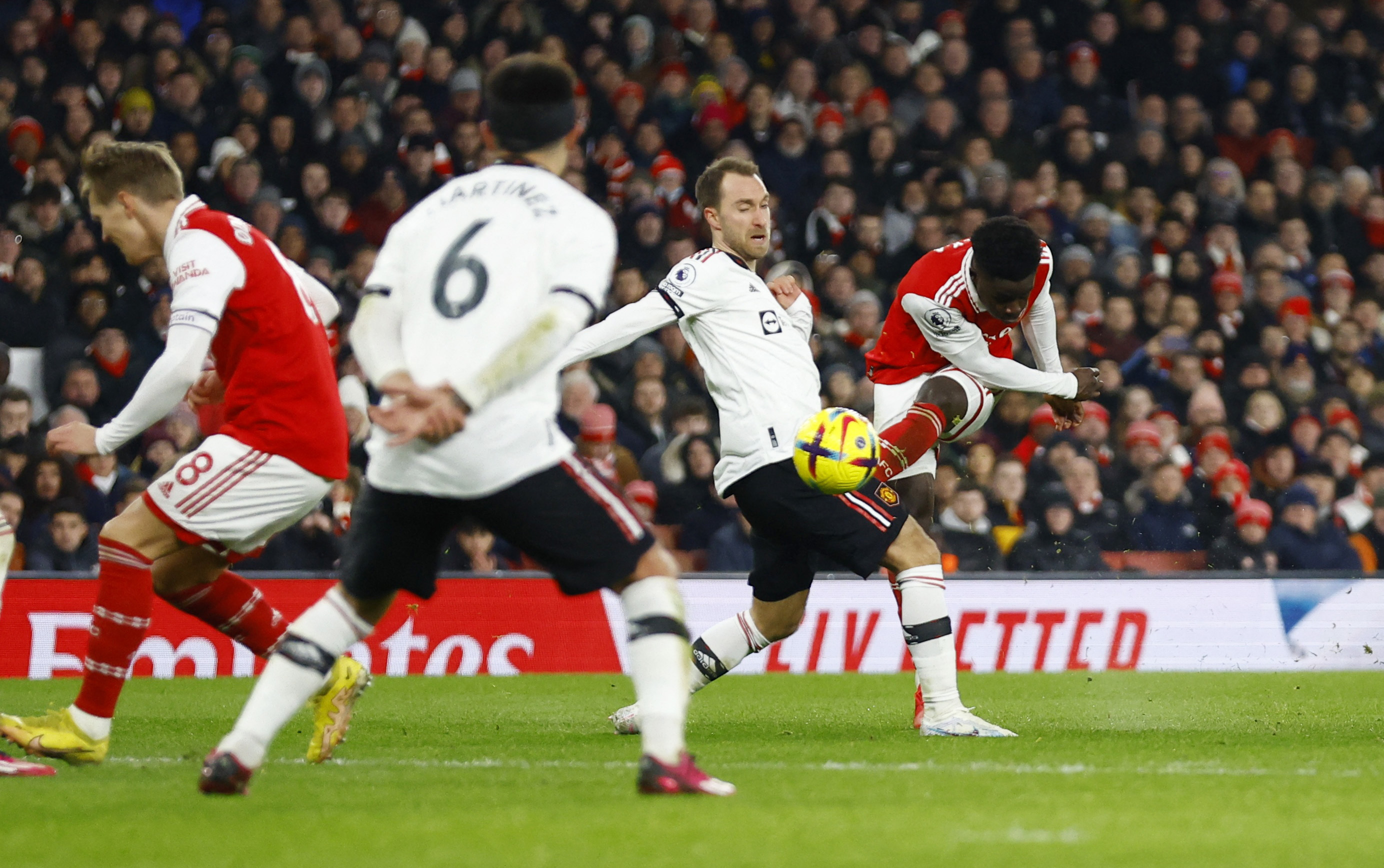 And another said: "Took Bruno Fernandes 6 minutes to get his first dive in."

One remarked: "Bruno Fernandes looking for another cheap penalty."

Antother chimed in: "Bruno Fernandes crying for a penalty and complaining because he doesn't get one."

One said: "Bruno Fernandes wanted a penalty for that. LOL."

Victoria Beckham gets wrapped up in David's coat while watching Romeo

United broke the deadlock at the Emirates with a sensational solo strike from Marcus Rashford in the 17th minute.

Moments after nutmegging Thomas Partey, the in-form England international rifled the ball into the bottom corner past a helpless Ramsdale from 25 yards.

Title-chasing Arsenal were buoyed by the capacity crowd and responded in the manner of potential champions.

Eddie Nketiah – who is deputising for the injured Gabriel Jesus – levelled the scores with a header seven minutes later after getting on the end of a header from Granit Xhaka.

Arsenal vs Man Utd LIVE – All the action, reaction and updates from the Emirates.