CESC FABREGAS hinted at a move into management – but was slammed by fans for his all-out-attack formation. 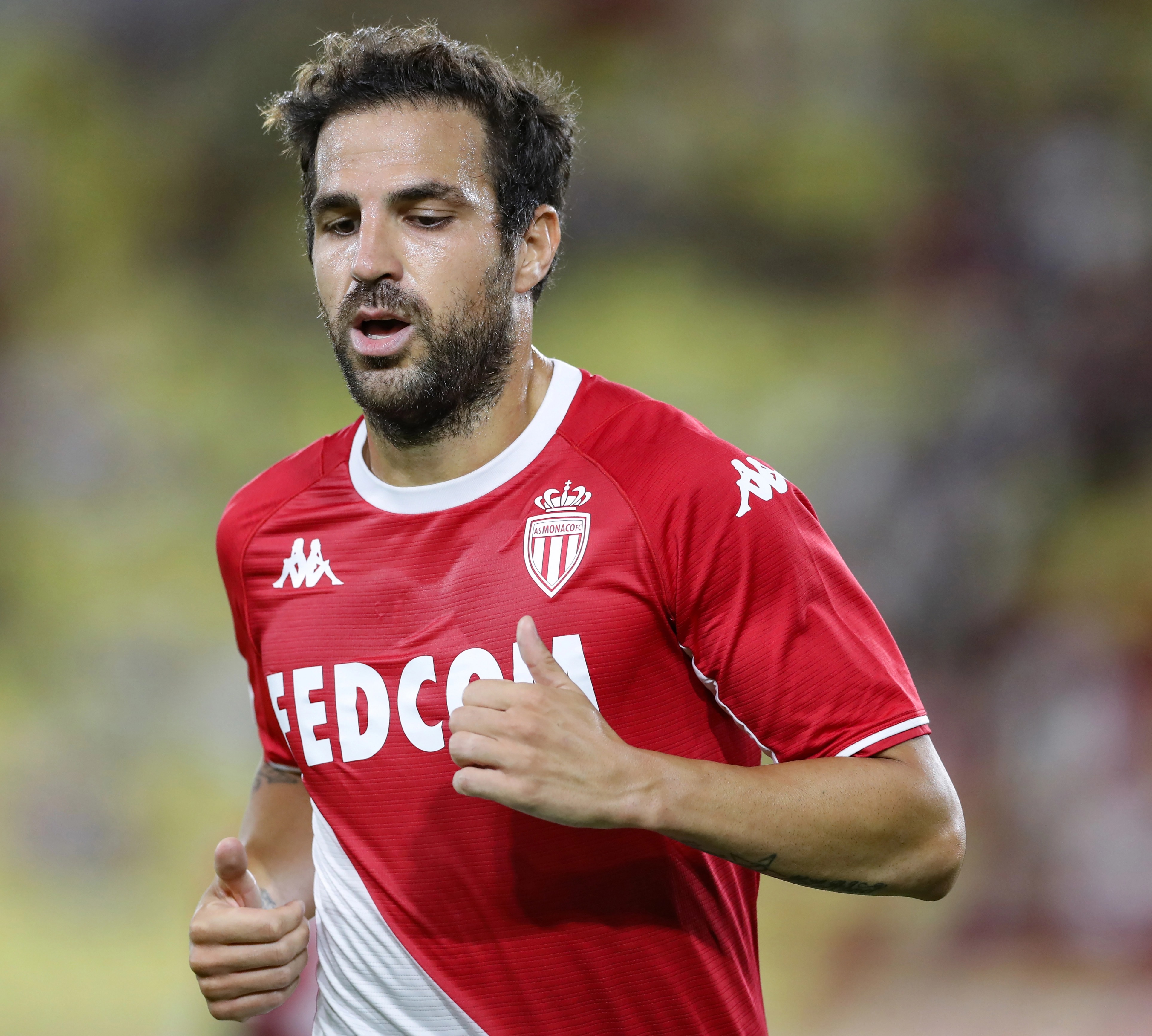 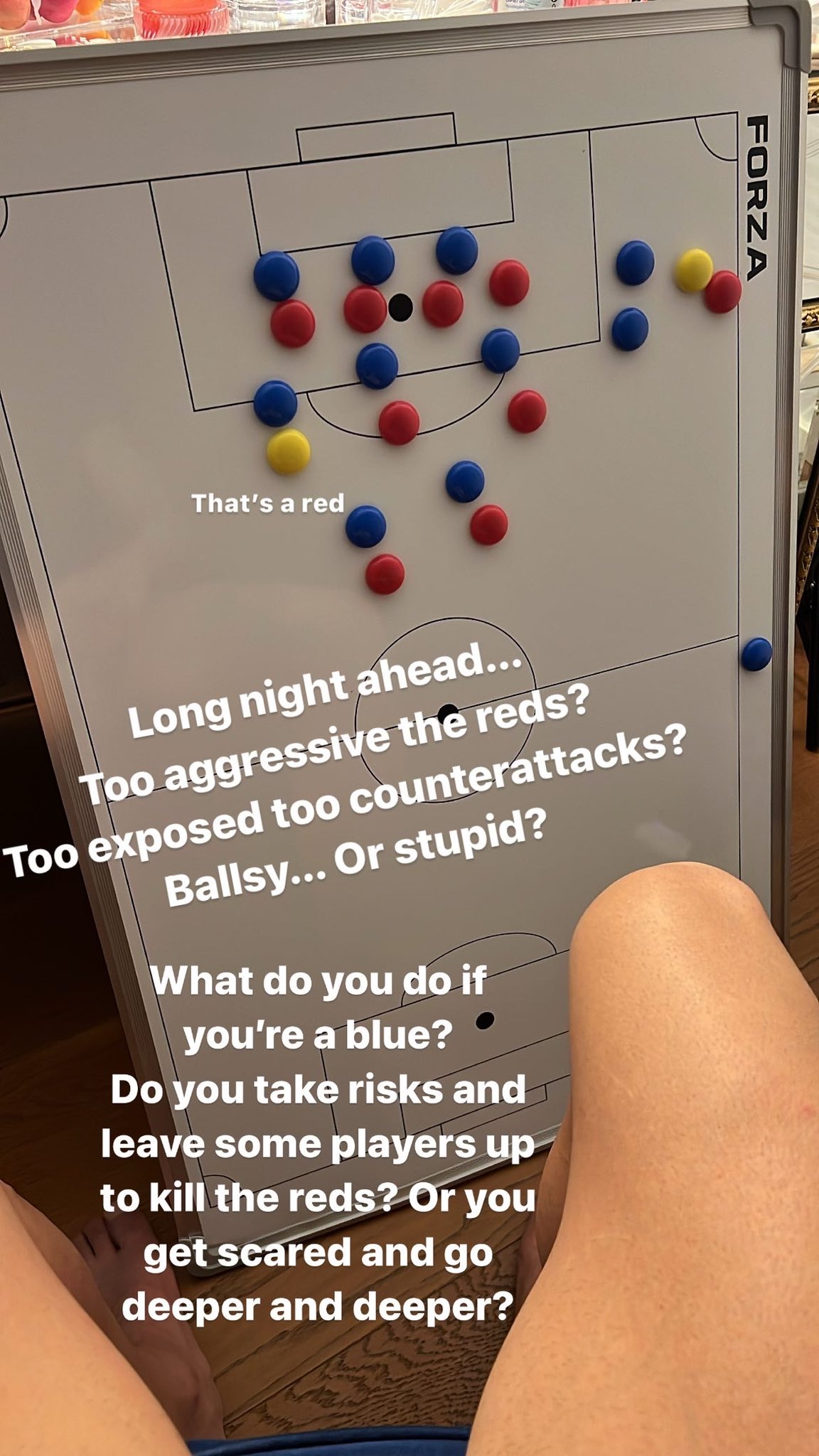 And his social media activity on Wednesday night suggested he was thinking of following in their footsteps.

Fabregas posted a slightly-revealing picture of a tactics board showing his reds in a 2-3-5 formation with the blues defending with 4-4-2.

"Long night ahead… too aggressive the reds? Too exposed to counterattacks? Ballsy or stupid?

"What do you do if you're a blue? Do you take risks and leave some players up to kill the reds? Or do you get scared and go deeper and deeper?"

Unsurprisingly, plenty of followers chipped in with their responses and Monaco man Fabregas replied to many of them.

One said: "Suicide by reds, easy for blues to dispossess and leave a man up who they can kick it up to

Fabregas replied: "Agreed but if you have really fast centre backs and you trust them to win balls back? Nobody plays this way basically but wanted to know opinions."

Another commented: "How fast are the red centre backs?! It’s tactical suicide if they aren’t rapid."

And a third wrote: "Never play this tactic with @kierantierney1 and @Auba they got pace for days. Also, Henry would look at this and laugh, it’s his type of play to counter and score 100 per cent of the time."

The Spaniard fired back: "I would never play like this against Thierry Henry!"

He also added: "I like it. I always with think with my head, not to attack without first being well positioned to stop against and having to run the whole team 70 meters behind.

"The midfielders cannot be so aggressive and they will have to make decisions about whether to continue pressing and leave a lot of space in the centre, or to retreat and regulate the danger of the rival."

In the most pressing matter, though, Fabregas hastened to confirm he was not sat on the loo when he took the photo – despite the exposed thighs.

One fan wrote: "I'm more concerned that you're thinking about this while sat on the toilet – suppose that's where I do my best thinking as well." 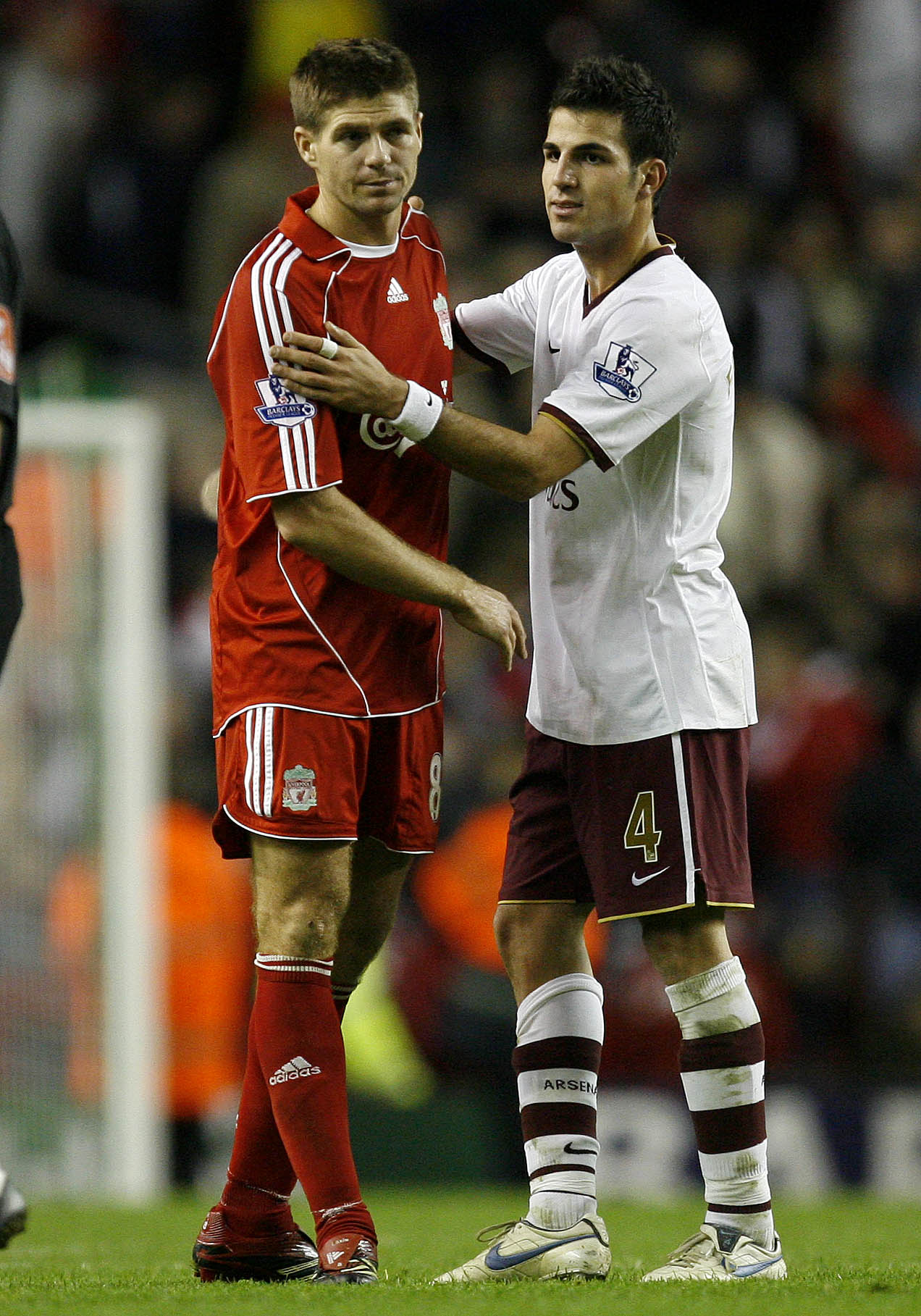