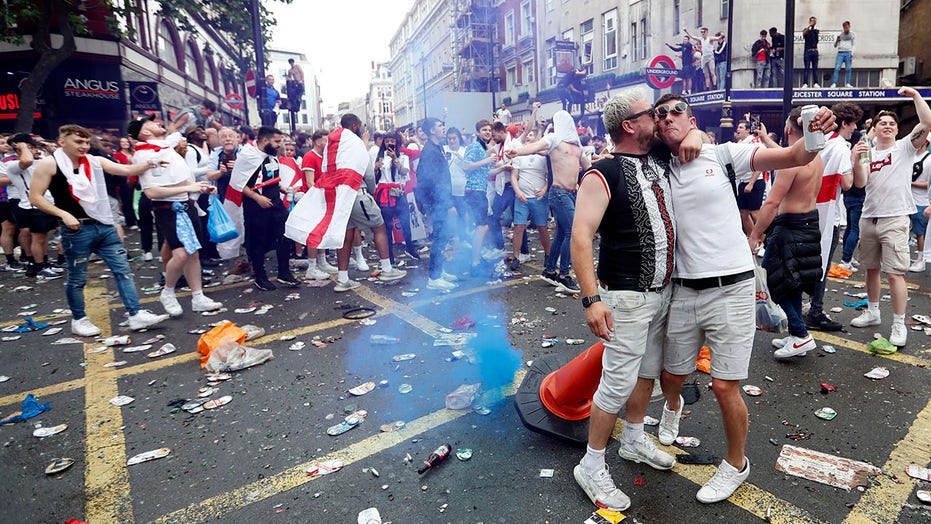 Ahead of the Euro 2020 final between England and Italy, security around Wembley Stadium on Sunday had a tough time dealing with raucous supporters ahead of kickoff.

Fans were seen breaking through some security gates outside the stadium.

Multiple videos on social media showed the chaotic scene just hours before the match was slated to be played.

In Leicester Square and Piccadilly Circus, fans were seen trashing the roads with broken bottles.

The Metropolitan Police in London already warned fans about the crowds around the area.

“Streets around Piccadilly Circus & Leicester Square are busy with fans. We have officers on hand,” police said in a tweet,

“We’d urge everyone to keep themselves safe and look out for each other. We’ve seen people jumping off street lamps or hoardings, this could easily end in injury.”

About 60,000 fans are expected to pack the stadium for the final.

England is in the midst of one of the best Euro runs in the national squad’s history. Since 2000, England had only made it through to the quarterfinals. The team was in the semifinals in 1996 and finished third in 1968.

Sunday represents a chance for England to win its first major trophy since 1966 when it won the World Cup.

England beat Denmark, Ukraine and Germany in the knockout stage to get to the final. Italy beat Spain, Belgium and Austria on its way to the final.