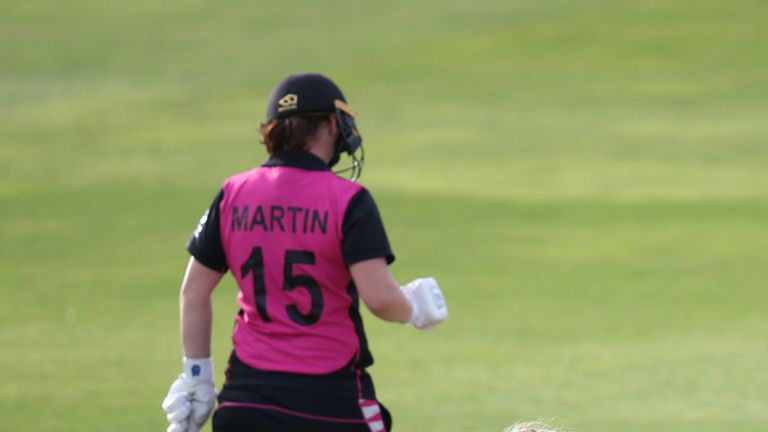 England all-rounder Katherine Brunt has been confirmed as world No 1 in the first release of the women’s T20 Player Index.

Brunt was unable to participate in the recent Women’s T20 World Cup in the West Indies because of injury, but her strong performances over the last three years see her top the ranking list.

Her tally of 751 points is four ahead of Australia all-rounder Ellyse Perry, who was part of the side that beat England in last month’s World T20 final.

India’s hard-hitting batter Harmanpreet Kaur is third on 740 points, and either her or Perry will probably take over from Brunt in the next release as she will not be heading to Australia for the Women’s Big Bash.

Brunt said: “I’ve had a pretty rough time recently both in my personal life and on the pitch so it’s nice to have some good news for a change!

“Being ranked No 1 in the Women’s T20 Player Index is something I feel really proud of, especially given the incredibly talented pool of players around the world at the moment.

“This is a great initiative for the women’s game and I’m sure the players will be inspired by the Index throughout the year.”