ENGLAND'S stunning win over Denmark at Wembley on Wednesday night was watched by more than 27 million people in the country.

27.6 million people were on the edge of their seat as Gareth Southgate's Three Lions booked a spot in the Euro 2020 final. 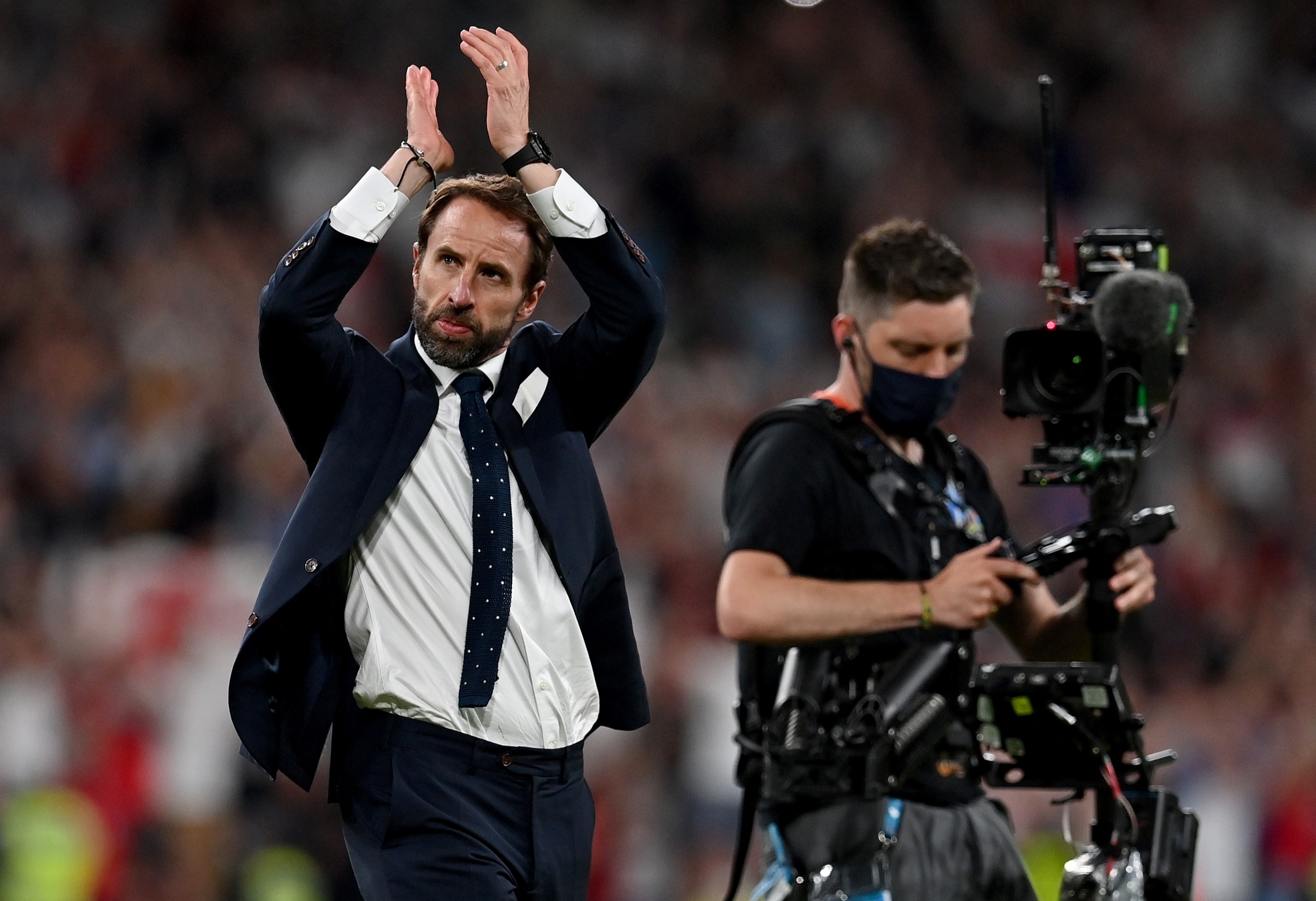 It shattered the record for the most watched show in 2021 – beating the number that watched England thrash Ukraine 4-0 in the quarter-final.

20.9m people saw that Rome thrashing while 20.6m tuned in the previous Tuesday to see the Three Lions beat Germany.

"A peak of 26.3 million & including Hub non-TV devices the peak increases to 27.6 million, making it the biggest peak football audience ever for a single channel. Thankyou for being there."

It beat the 26.5million that tuned in to watch England's 2018 World Cup semi-final loss to Croatia.

Sunday's final at Wembley could beat that mark with England in a major final for the first time in 55 years.

England will take on Italy back at the home of football in their first ever European Championship final.

Speaking after the tense semi-final, Southgate said: "I'm so proud of the players. It was an incredible occasion to be a part of – the fans were incredible all night.

Speaking after the tense semi-final, Southgate said: "I'm so proud of the players. It was an incredible occasion to be a part of – the fans were incredible all night.

"We knew it wouldn't be straight forward and we knew at some point we were going to have to show some resilience and we did that tonight.

"The most pleasing thing is we've given our fans and nation a great night and the journey carries on for another four days."

He added: "We're in the final and we've got to enjoy that fact, but we've got one more massive hurdle.

"Italy are a very good side. They're showing outstanding form and have defensive warriors at the back. It's a great game to look forward to.

"Finals are to be won. We've got to regroup and prepare properly. Tonight has taken a lot physically and emotionally. We'll think about that on the way back to Burton."