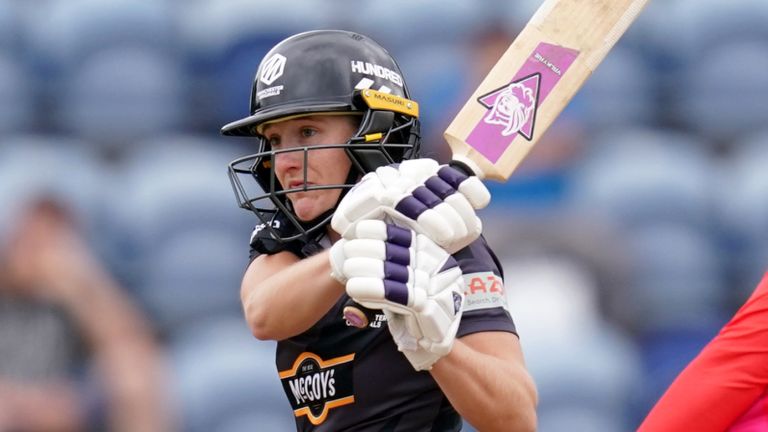 Emma Lamb has been called into England Women’s T20 squad with the uncapped Charlie Dean and Maia Bouchier to miss the opening match of the three-game series against New Zealand after being identified as possible Covid-19 contacts.

Dean and Bouchier, who received their first England call-ups earlier this week, will sit out Wednesday’s game at Chelmsford and undergo further testing before joining back up with the squad ahead of the second game at Hove next Saturday.

Batting all-rounder Lamb smashed a 54-ball hundred for Thunder in the 20-over Charlotte Edwards Cup earlier this season and has managed 218 runs in four knocks in that tournament.

The 23-year-old is also the third-highest run-scorer in the 50-over Rachael Heyhoe Flint Trophy, with 220 runs across four matches for Thunder, including a century.

Lamb also contributed 135 runs for Manchester Originals during the inaugural edition of The Hundred.

Watch the first T20 international between England and New Zealand, at Chelmsford, live on Sky Sports Cricket from 6pm on Wednesday.