ENGLAND could book their place at next year's World Cup by playing their youngest team in 62 years against San Marino on Monday.

Boss Gareth Southgate has limited players to pick from with a number of key stars missing through injury or illness. 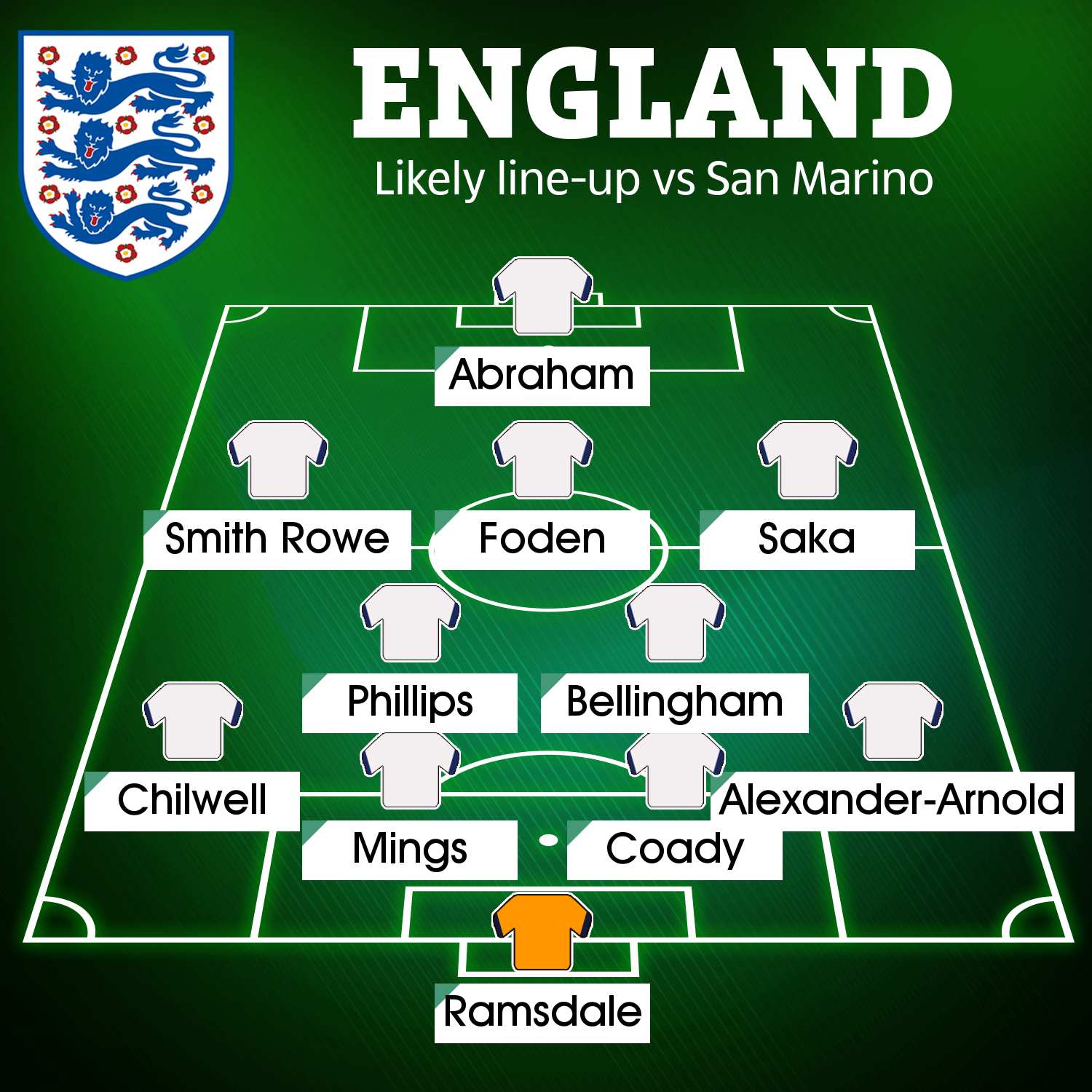 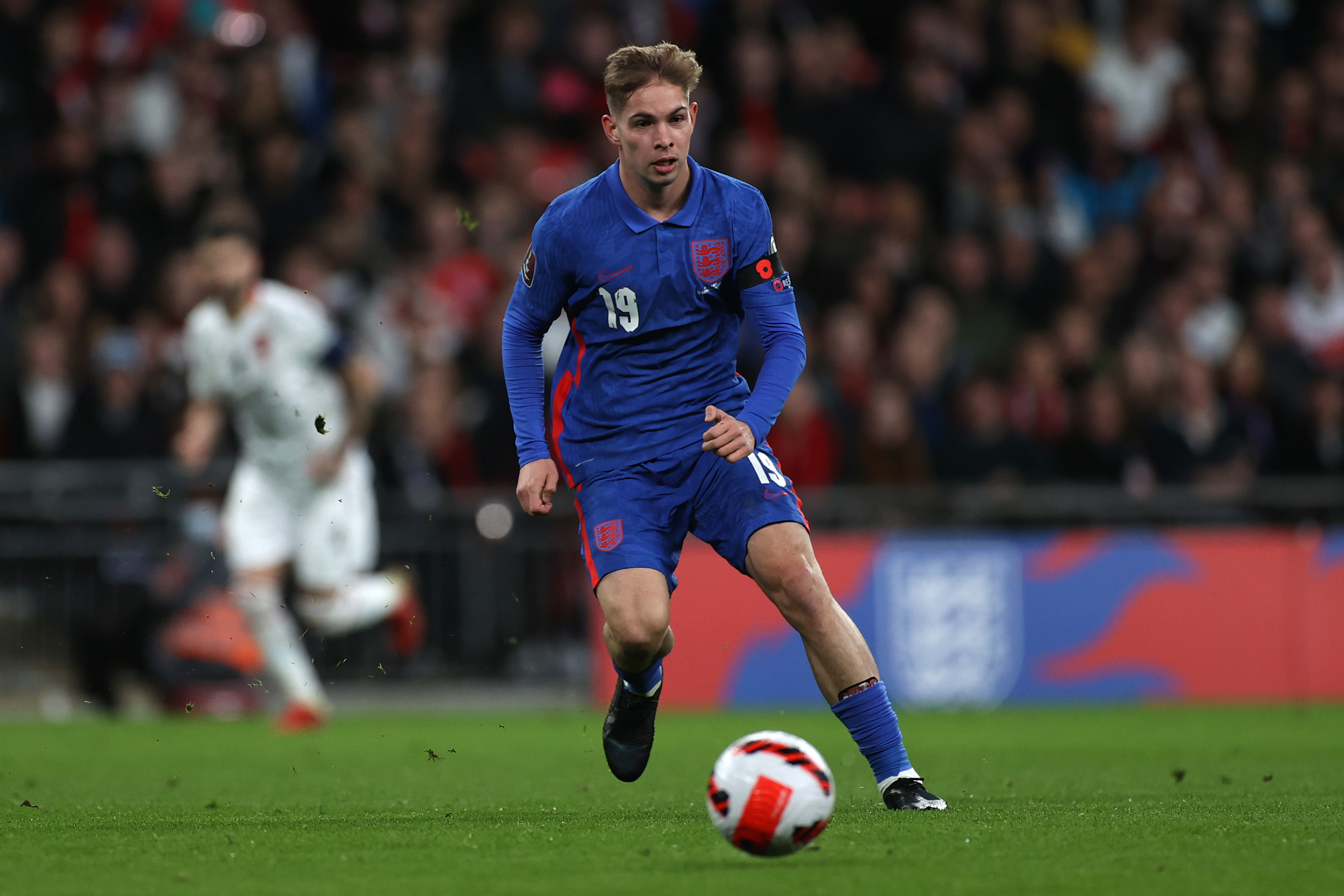 Jack Grealish and Jordan Henderson are two of the latest casualties who are likely to miss Monday's game.

But the injuries could pave the way for England to field their youngest team in 62 years.

Should Southgate pick that line-up, it will be the Three Lions' youngest since November 1959 when they took on Northern Ireland.

And the average age of that line-up was just 23 years and 59 days.

Arsenal's young guns could all be handed a start with Aaron Ramsdale starting in goal.

Emile Smith Rowe and Bukayo Saka could make up two of the three starting behind the striker.

Borussia Dortmund ace Jude Bellingham could be handed a rare start with both Declan Rice and Henderson missing.

Trent Alexander-Arnold has proved himself in recent weeks for Liverpool and could slot into the back four.

Roma forward Tammy Abraham may get the nod to start up top against weak opposition. 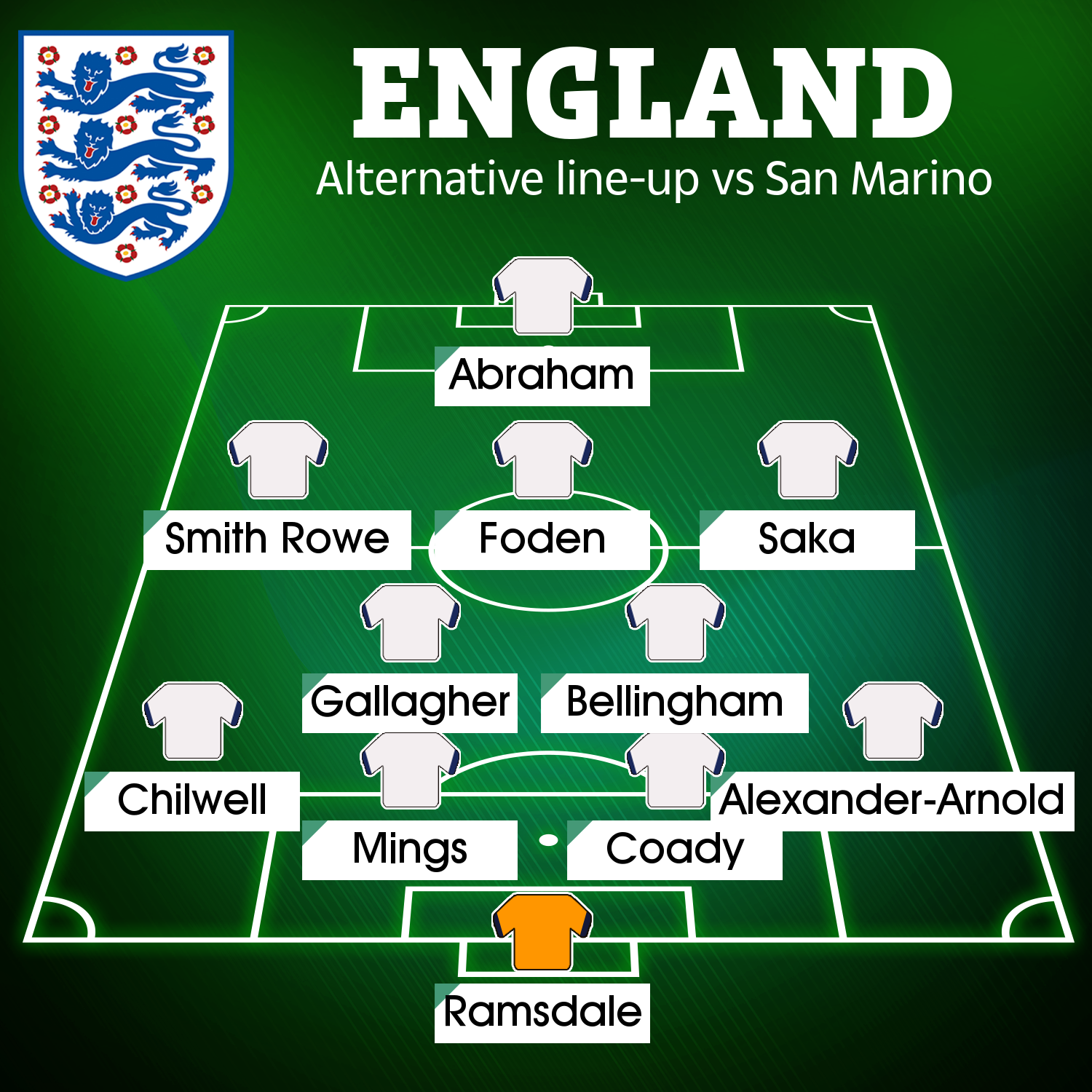 Alternatively Conor Gallagher – who was called up for the game due to England's injury crisis – could be thrown in at the deep end.

But the midfielder has proved at Crystal Palace this season that he doesn't shy away from the big occasions. Just ask Pep Guardiola.

Tyrone Mings and Conor Coady are Southgate's reliable back-up centre-backs and they could be handed a start.