Manchester United defender Harvey – whose dad manages the England women's team after winning 59 Three Lions caps – is in the squad for friendlies against Denmark on Friday and Monday. 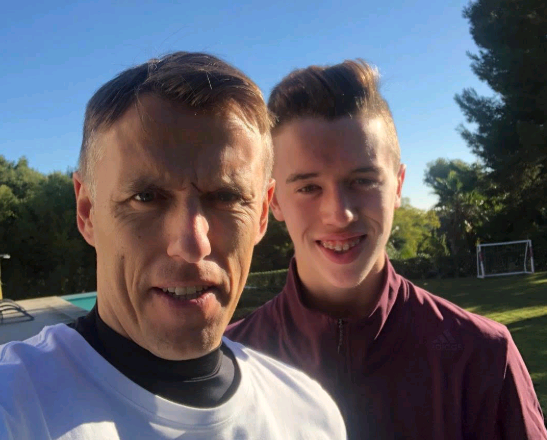 That means Old Trafford legend Phil might switch his international allegiance for the weekend to watch 17-year-old Harvey.

Phil's brother Gary played 85 times for England as they became two of the most famous international brothers of modern times.

But Harvey, who previously played for Manchester City and Valencia youths, qualifies for the Republic due to his mum Julie's family.

And if he impresses in the Danish double-header then the Irish could quickly come calling again for Euro qualifiers.

Republic boss Tom Mohan is preparing for crunch ties with Switzerland, Austria and Gibraltar next month.