IF Gareth Southgate is to stay true to the fit-and-firing mantra of his England reign, he really should call up Emile Smith Rowe on Thursday.

The Three Lions boss has consistently put out the message that his players need to be getting regular game-time and in form to be selected. 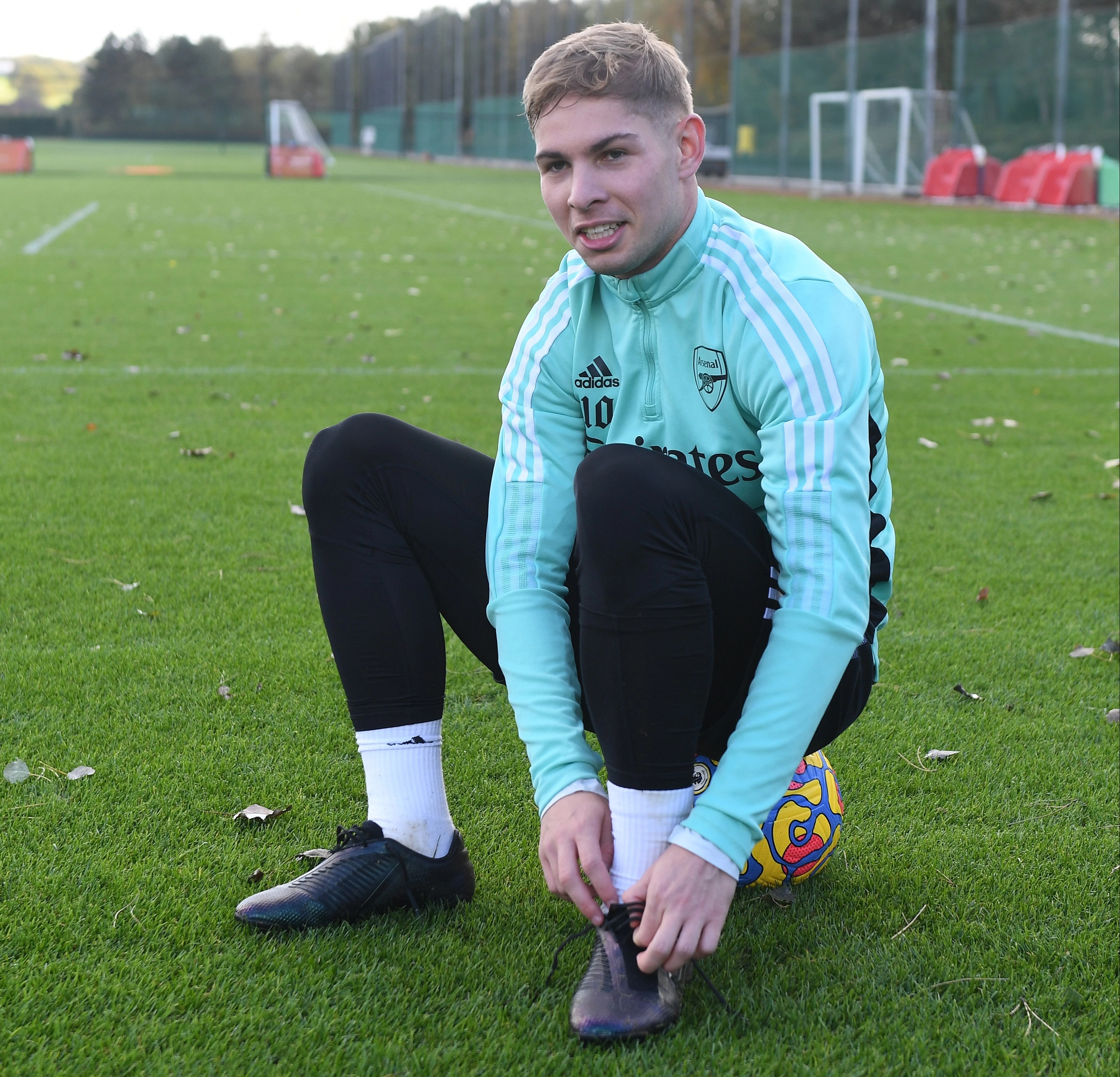 Most of the time, he has stayed true to his word.

Though his last squad saw him stay loyal to many who helped him reach the final of last summer’s Euros, such as Jadon Sancho, or those who came close to the final 26-man selection, like Jesse Lingard.

But if either of that Manchester United pair are called up to face Albania and San Marino this month, they will consider themselves very fortunate given how little they are playing for their club right now.

Meanwhile, Smith Rowe has played more minutes than any Arsenal player this season and has been one of the stars of their turnaround.

The 21-year-old has met the challenge of becoming one of the Gunners’ go-to guys by becoming even more dedicated to his craft and embracing marginal gains.

It was not as if he was a bad eater before, but this summer he expanded his nutritional knowledge.

He makes the most of Arsenal’s chefs’ custom meals and is extremely conscious of what he is consuming, with the help of the club who are very progressive and proactive in this area.

Smith Rowe is also benefiting from his work during the close season.

He joined Rob Holding, Hector Bellerin, Cedric Soares, Calum Chambers and one of Arsenal’s physios for what was effectively a ‘pre-pre-season’ with some warm-weather training in Portugal before the players came back to prepare for the new campaign.

He also enjoyed his first proper pre-season for a couple of years which was vital.

Two summers ago, he was still suffering from the growing pains that disrupted a loan to RB Leipzig in Germany.

The then-teenager suffered shooting pain in around his groin and hip area in what is a common problem for young players with explosive pace – ex-Gunner Serge Gnabry had the same issue.

Smith Rowe could still play but would often experience pain when striking the ball and the problem had to be managed.

Then last pre-season he damaged his shoulder in one of their final friendlies against QPR which took nine weeks to recover from completely.

But this pre-season he was injury free and built on the confidence he gained from a fine end to the last campaign. 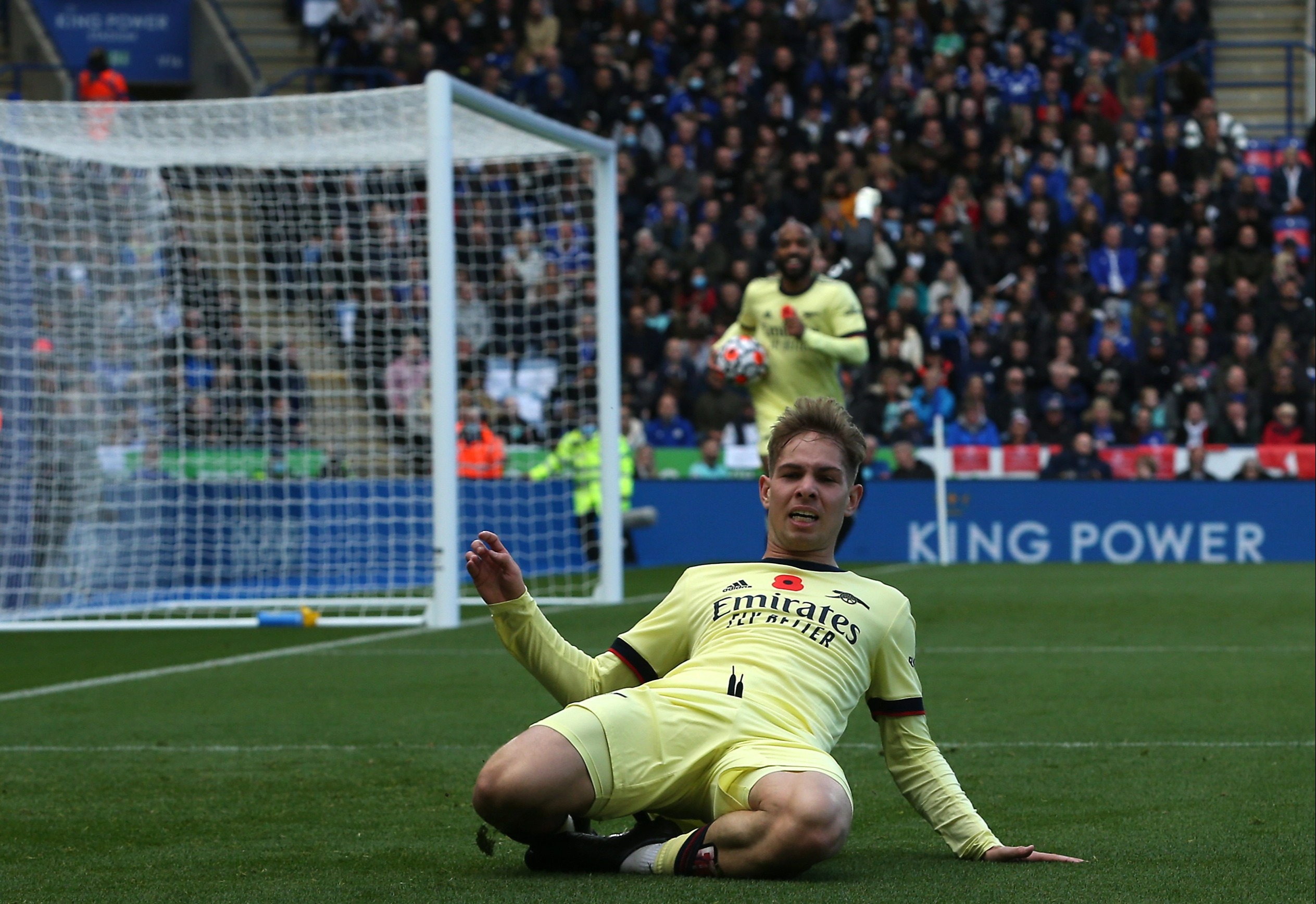 His body has now matured enough that he can show off in the men’s game the blistering pace he often displayed playing up the youth levels.

That was clear from the break-neck speed he clocked for England’s Under-21 side in Andorra last month to net the winner.

As Curtis Jones received the ball after ten-man England cleared a corner, Smith Rowe was seen zooming from his own half and raced onto the Liverpool midfielder’s through-ball before clinically firing past the goalkeeper.

It was the kind of rapid movement that would have made the sprint work Smith Rowe did with Team GB running coach Jonas Tawiah-Dodoo in his own time a few years ago all worthwhile.

Smith Rowe has also been making a concerted effort to shoot more this season and at times be more selfish rather than always looking to create for others.

The stats prove it too: last year he was averaging 0.81 shots per Premier League 90 minutes, this term it is 1.57.

He realises that many of his contemporaries who score more buy more tickets to the raffle, as they say, such as Jack Grealish (2.02 shots per Premier League 90 last term), Mason Mount (2.55) and Bruno Fernandes (3.19).

Smith Rowe has already been rewarded with three league goals and four in all competitions, all of which have come in his last seven games including Saturday’s 2-0 win at Leicester. 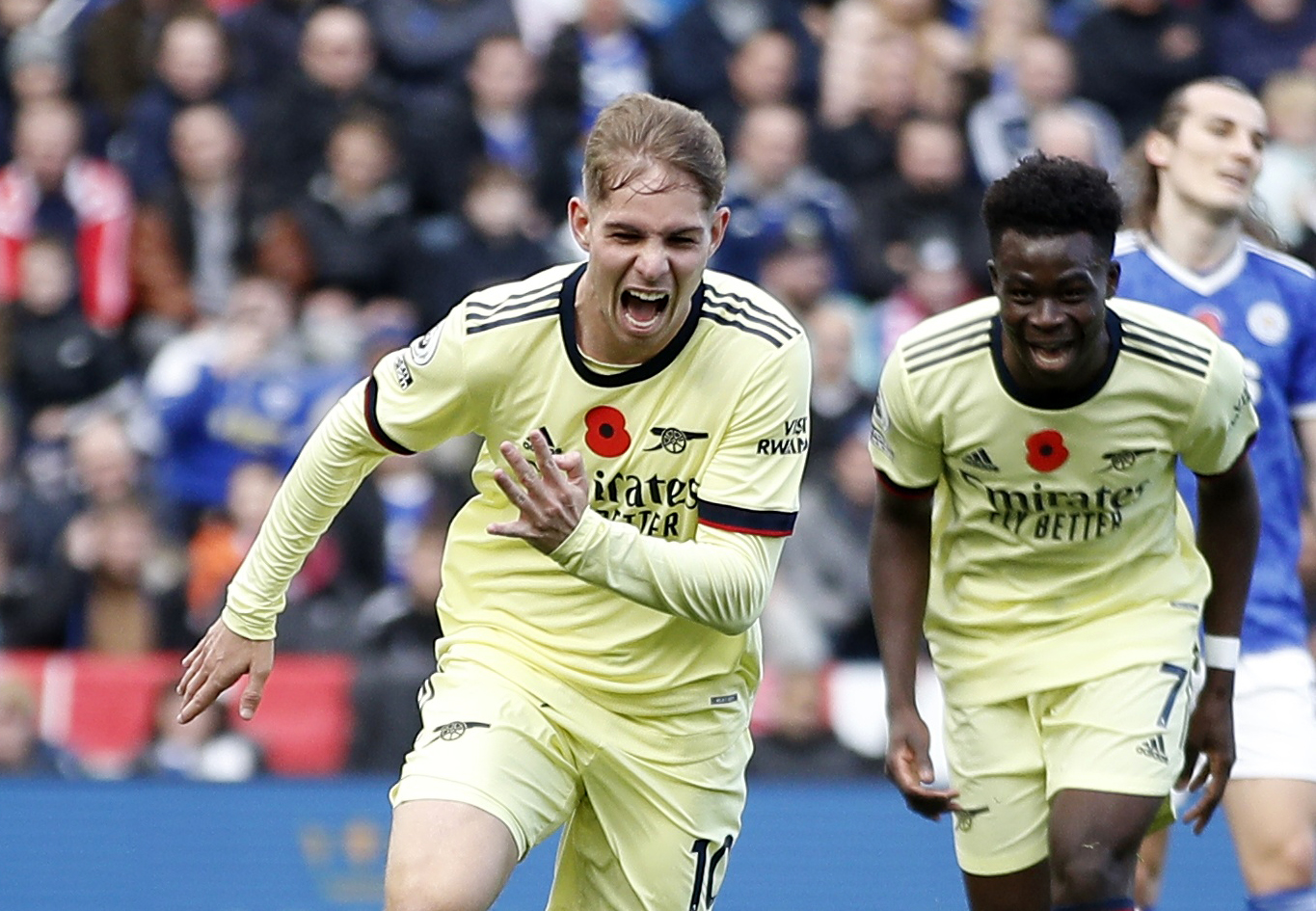 He and his close mate Bukayo Saka have been putting in the hard yards when it comes to finishing, as Smith Rowe revealed when away with the Under-21s last month.

The Croydon lad said: “Because we’re both young players, we’ve got to stay as calm as possible and just focus on the goal.

“We’ve been practising a lot in training, after training and we get the support from the experienced players in the team as well, they’re always helping us.”

Huge credit must go to Smith Rowe and Saka, who is still only 20, on how they have shown great maturity in turning around Arsenal’s season.

Smith Rowe has struck up a strong friendship with £50million new man Ben White but gets on well with all of the Arsenal dressing room, naming Alexandre Lacazette as a close confidant when interviewed by SunSport last season.

Of course, there was a scenario Smith Rowe could not have even been at the club had they accepted one of Aston Villa’s two bids of £25million and then £30m for him in the summer.

Arsenal maintain they were never interested in selling one of their own and Smith Rowe eventually signed a new five-year contract.

Yet it is fair to say Villa’s offers did make the player think twice about committing his future to the Gunners.

But the fact that he has become integral to the team since signing that deal – as well as being handed the No10 shirt – shows how Arsenal have made good on their promises to him that he is key to their future.

As for when that England seniors call-up comes, whether it be this week or in the future, Smith Rowe should have no problem fitting in.

Arsenal have a number in and around the squad such as White, Saka and Aaron Ramsdale that the playmaker obviously knows well.

But he also has his old mates with whom he won the Under-17 World Cup in 2017, including old room-mate Phil Foden.

Smith Rowe told SunSport in March: “Phil and I got so close, we had so many England tournaments together.

“We had a lot of banter together off the pitch. We used to play table tennis and be in the games room quite a lot with England at St George’s Park.

“Even in training, we used to stay behind and were always kicking a ball about after training finished.”

Southgate said Smith Rowe was “very close” to being named in the last squad.

The Gunners starlet has only got better since then, while others have stagnated or hardly been involved at all.

For that reason, he has to be in with a great shot of joining his old pal Foden when the England squad is named at 2pm on Thursday.