EDDIE ALVAREZ admits he was 'surprised' by Dustin Poirier's knockout of Conor McGregor.

The former interim lightweight champion levelled his series with The Notorious with a brutal second-round stoppage in the main event of UFC 257 in January. 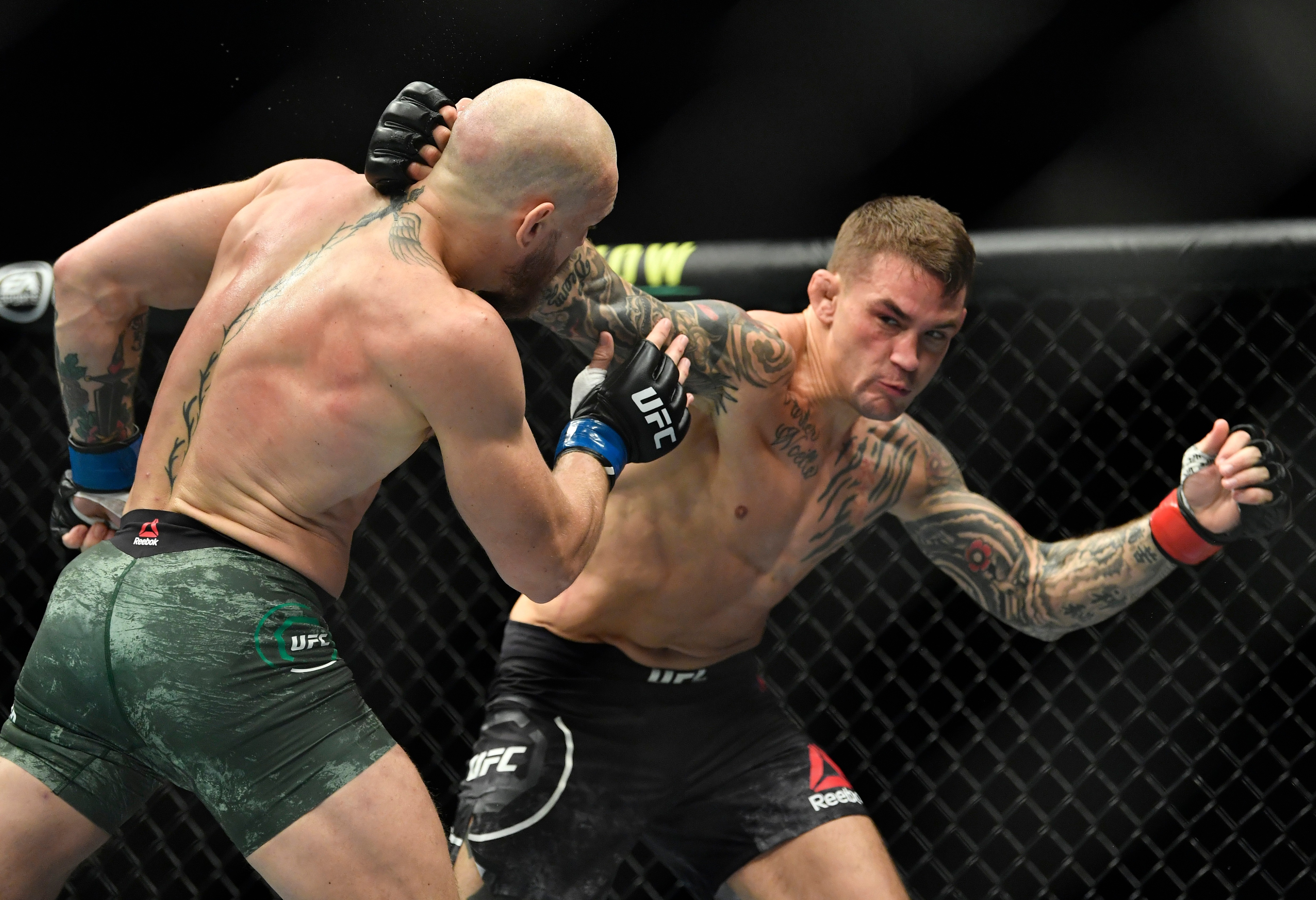 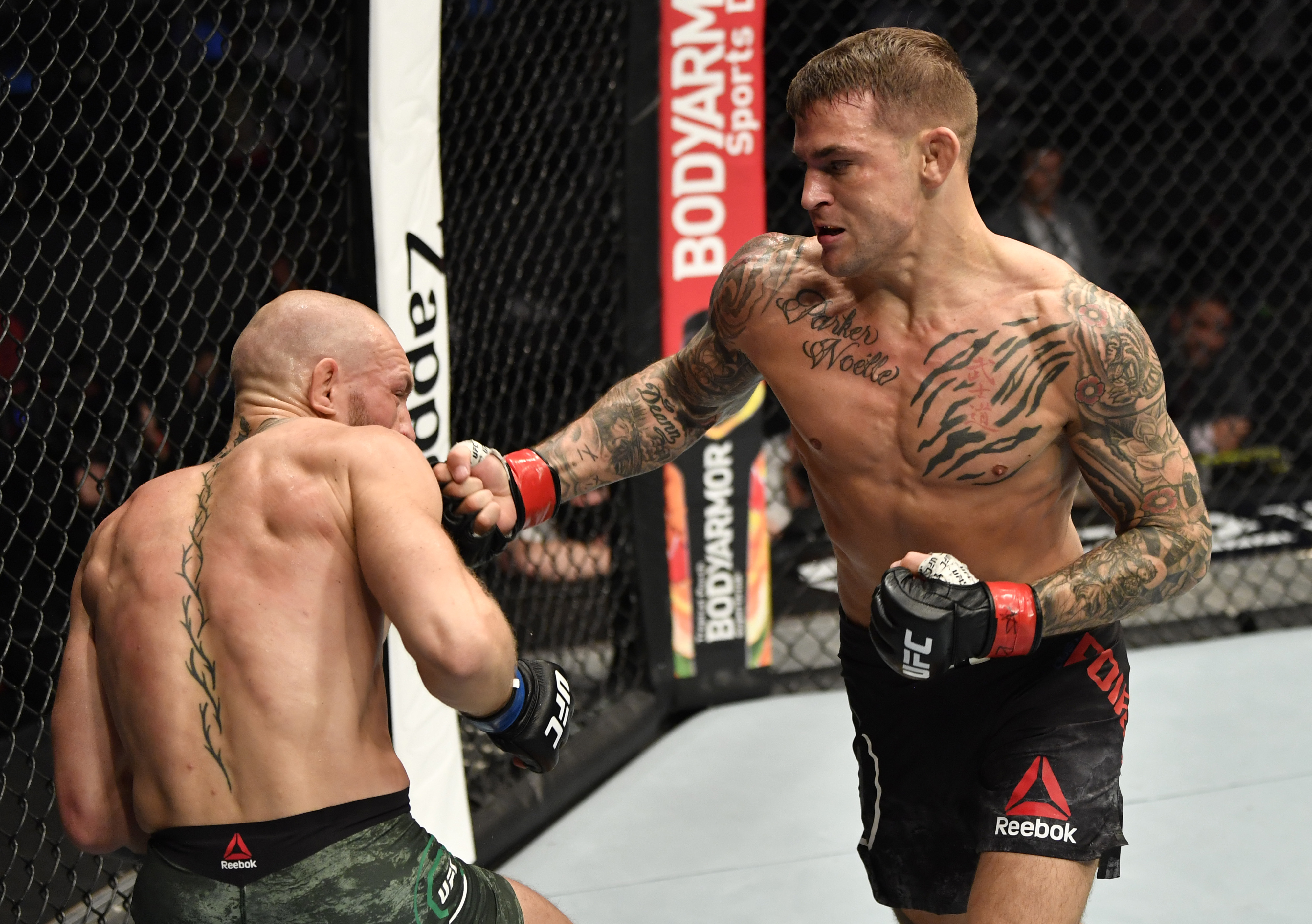 He told MMA journalist James Lynch "I was surprised. I thought if the fight stood standing, Conor would have the advantage.

“But if you go back and look at my interviews, I said it clearly, if there’s any way that Dustin can get this done, he absolutely has to put sprints on McGregor, and that’s how he ended up finishing him.

"He put that sprint on Conor, forced him to panic, make mistakes, make his heart rate go up, and he was able to get the finish. It was phenomenal. I was happy for him.

"If anybody in that division deserves that kind of success, or money, or accolades, it’s Dustin. 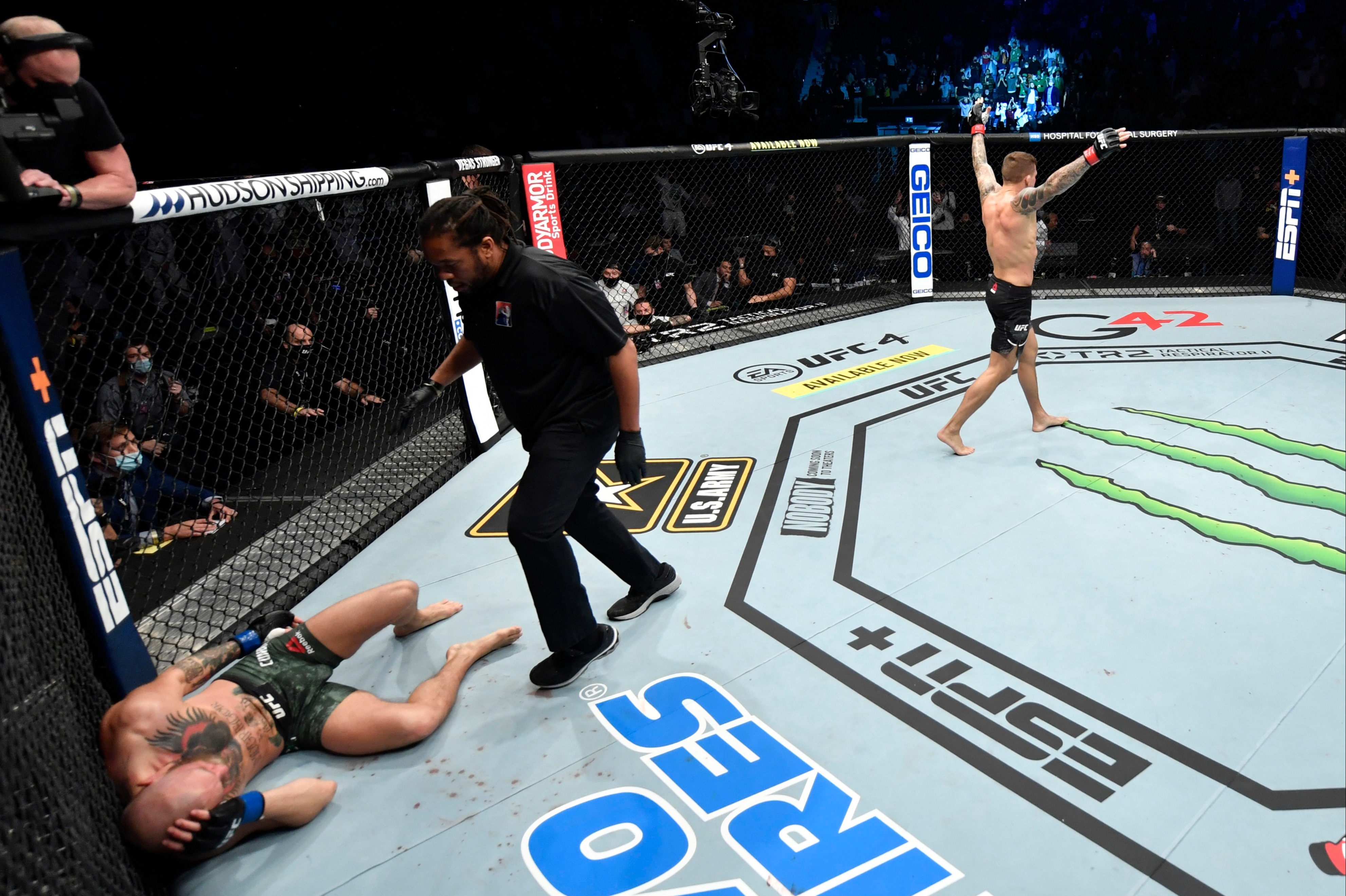 "He’s put his time in, he’s fought the best guys, and he’s starting to see the fruits of his labour.”

Poirier, 32, took away McGregor's movement with debilitating calf kicks before finishing him off with an avalanche of punches midway through the second stanza.

The American Top Team standout's game plan impressed Alvarez, who told SunSport: "It was a hell of a fight."

"I think Dustin and his cornermen, like the trainers there, Mike Brown and the guys who kind of came and formulated that game plan to smash McGregor's leg and to kind of compromise him there first, it was ingenious.

"It was ingenious. It was a great way to take away his left hand.

"Rather than try to move away from his left hand and avoid it, just smash the one thing that won't allow him to plant hard and go heavy on it. They did a good job there.

"And then Dustin put them sprints on him that he does so well and he was able to finish.

"It was just a picture-perfect beautiful night for him. He was super focused. He wasn't totally winning the exchanges earlier in the fight.

"Conor was kind of keeping him at bay but he found a way. And that's what champions do."

Former featherweights Poirier and McGregor will renew their rivalry on July 10 in the main event of UFC 264 in Las Vegas.

And The Notorious is hellbent on getting back in the win column in emphatic fashion.

He told Fox Sports: “All the marbles are on the line.

“I’m here training very, very hard. I’m about to go for my second session of the day. I’m in great condition already.

“And then we’ve got trilogy, I’ve got a few little adjustments to make. I feel very, very confident. I’m very focused and driven.

“And I’ll go in there and put on one hell of a performance and get it back on July 10th.”