I think he could be quite an exciting horse. 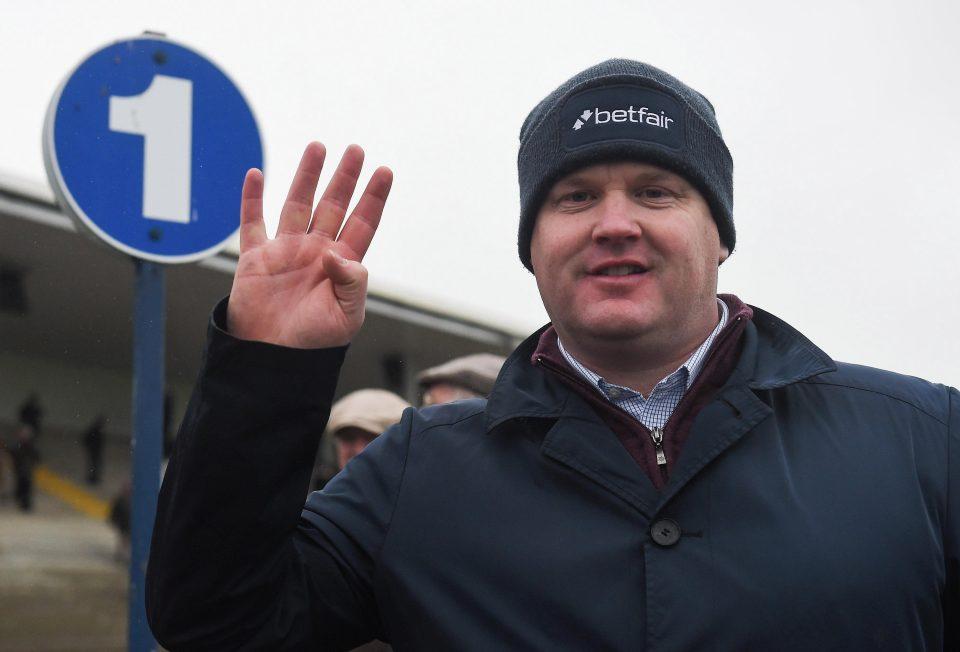 We’ve had to be patient with him and it was frustrating that he didn’t get to run last season but it was great to see him win the way he did in his bumper at Punchestown last month.

He looks a lovely horse to go hurdling with and he’s schooled well so I’d hope that he will go close here although a longer trip would probably suit him better.

I think that we run three nice novices in this race and you could make a case for each of them.

Defi Bleu is a lovely horse who is going to make a smashing chaser but hopefully he will go places as a hurdler before then.

A big, galloping track like Navan is ideal for him and I was pleased with his win over the course and distance last month.

His effort there showed that he had improved from Down Royal and I think that he has improved again in the interim.

He is still a relatively raw horse and ultimately three miles may suit him better but hopefully he will give a good account of himself.

Monbeg Worldwide took a while to get things together over hurdles having won three bumpers but I’m delighted with how he has progressed over two and a half miles this season.

He improved from his maiden hurdle win to beat a useful mare of Willie’s (My Sister Sarah) at Fairyhouse a month ago and that display suggested that he was worth his place in graded company.

I wouldn’t rule out more progress from him and I think he will run a nice race.

Satoshi got his maiden hurdle in the stewards room at Punchestown but aside from that I was delighted with his run there and he ran even better at Gowran the following week when he dropped in trip by three quarters of a mile but still finished a good third in an interesting winners hurdle.

He’s a promising horse with more to give and he’s not of place at this level. He’ll also relish moving back up in distance.

This is a good pot that has been lucky for me in the past so I am keen to give it good support this year and it just happens that it suits quite a few of our horses.

A switch to chasing last season just didn’t work out for De Plotting Shed and he’s been struggling to recapture his best since going back over hurdles.

He’s had a nice break since his last run and seems well in himself so hopefully he will take a step in the right direction but he won’t find it easy off top weight in a handicap like this.

Ball D’arc suffered an injury when he last ran at Naas in February and everyone has done a terrific job getting him back to the track this side of Christmas.

He’s been a great horse for us over the last few seasons and has won plenty of good races and I’d hope there are more good days in him.

He will need this run badly though so he’s best watched for now. Also I would say that he’s a better chaser than a hurdler. 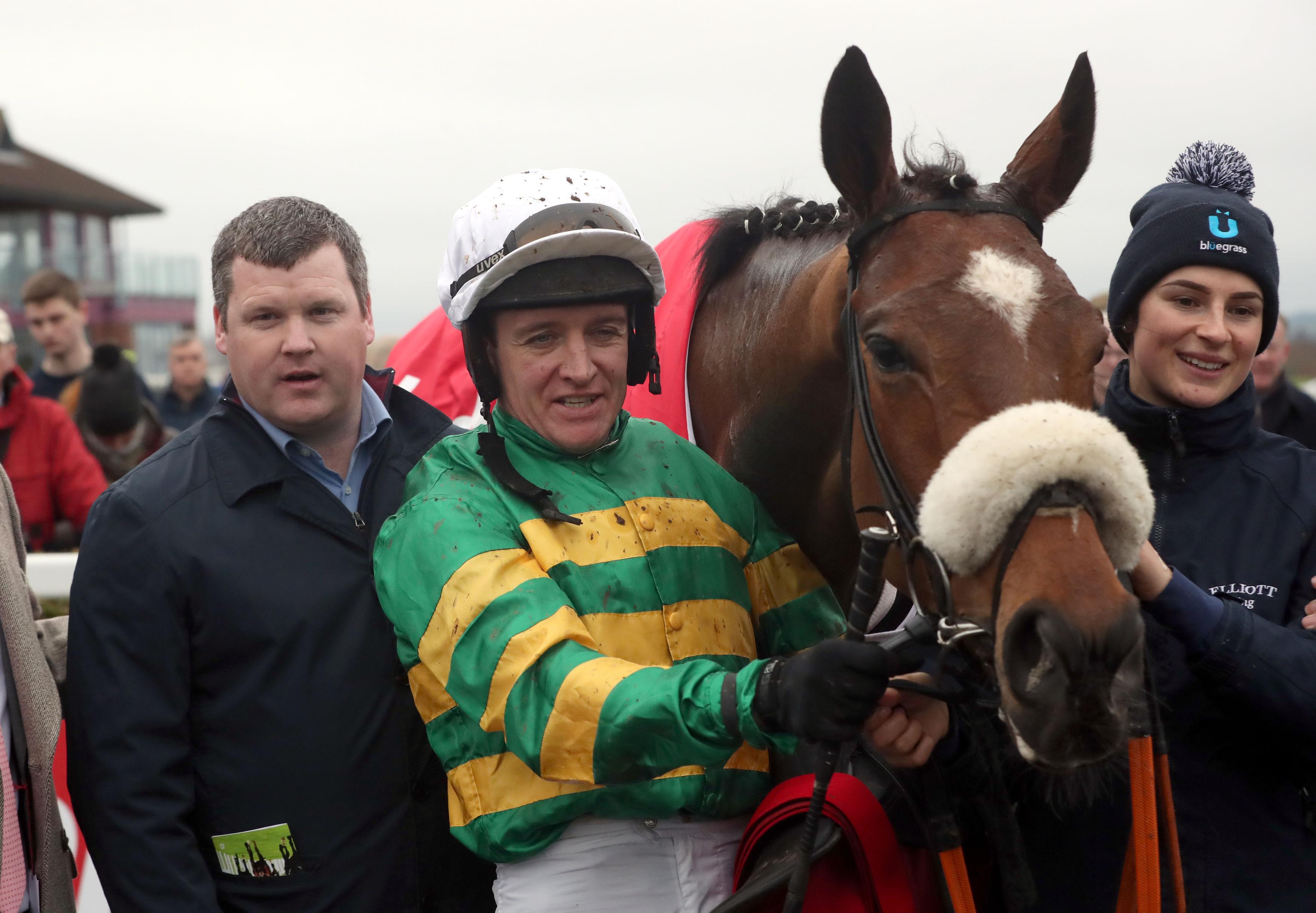 Squouatuer didn’t run any sort of race in the Troytown on his comeback and he’s going to have to do an awful lot better if he is to be competitive in good handicaps later this season.

We’re trying a switch to hurdles to see if that will sweeten him up but’s got to take a huge step forward from his last run.

Dinaria Des Obeaux returns to hurdles as I’m not convinced that she’s in love with chasing at the moment.

She is a capable mare who has held her own in good company for the last couple of seasons and she’s a nice mark for her return to hurdling so hopefully she’ll run well.

She probaably wouldn’t mind if the ground eased further over the weekend.

Stooshie will appreciate moving up to this trip. He’s a good jumper and a strong traveller but over two miles he seems to get caught out and I think that this longer trip will suit him well.

Last time out he actually ran quite well in a high class two mile handicap at Fairyhouse and I wouldn’t be at all surprised to see him get into the shake up here.

He should run well on his second start of the season.

The near three mile trip at a galloping track like Navan should be ideal for him and the ground will be slower than what he encountered at Down Royal on his comeback so that will also work in his favour.

He’s a nice horse who is open to lots of improvement still and I’m hoping he will make a nice staying novice hurdler this season so he should go well.

He has run two nice races over fences, finishing fourth to Ben Dundee at Punchestown before taking second at Thurles last time.

The trip at Thurles was probably a little on the short side for him so he will be happier moving back up to two and a half miles at a much stiffer track.

He’s a grand horse who stays well and this looks his level so he shouldn’t be far away. 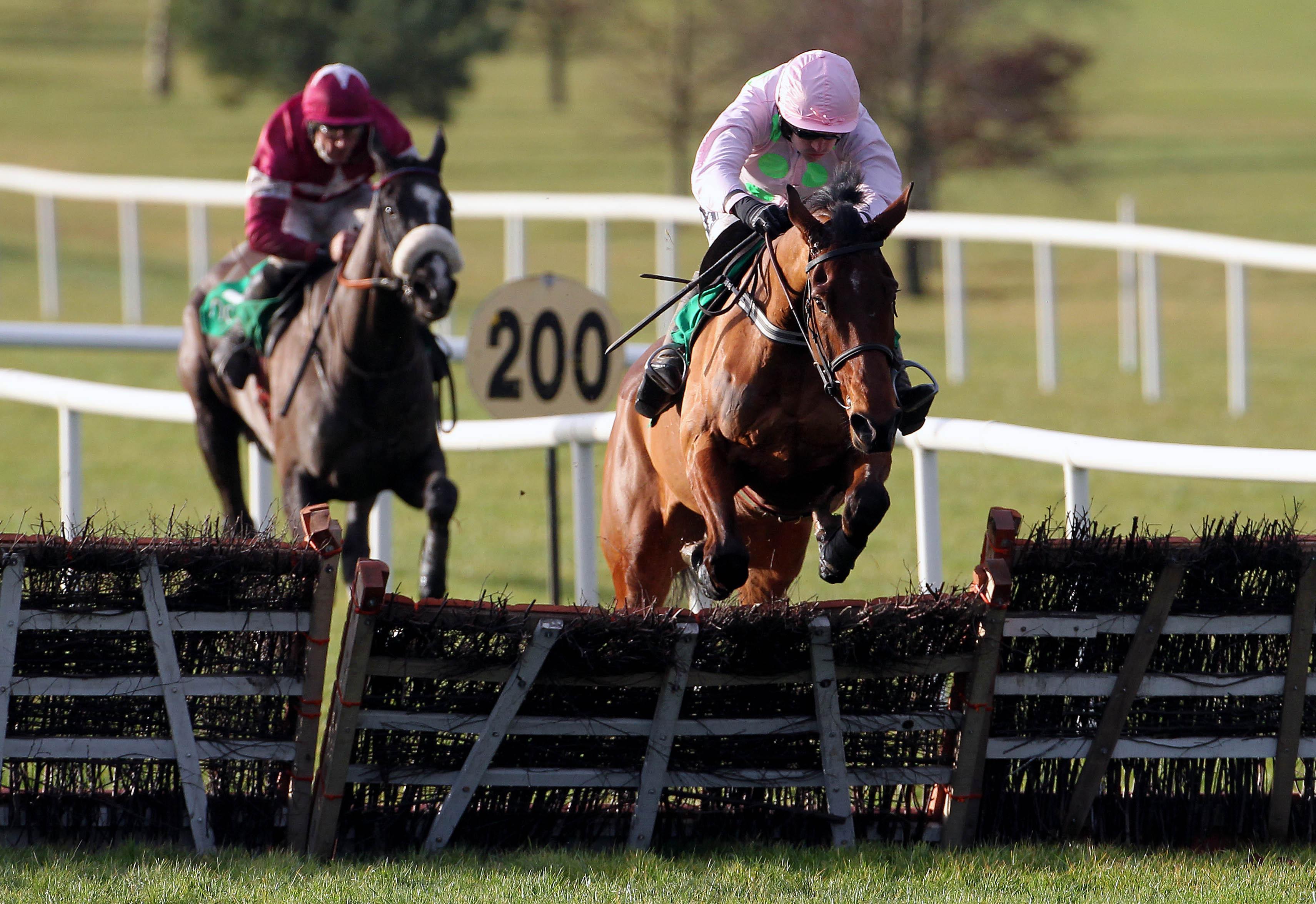 When he was in England he was quite a useful hurdler and he is well treated over fences relative what he did over hurdles.

Since he came into the yard we’ve struggled to get a clear run with him but everything has gone well with him over the last number of weeks and he’s ready to start out for the season.

I’m happy with his work and this looks a good trip for him so hopefully he’ll run well but I do think that the lack of a recent run is going to work against him.

Envoi Allen has done everything right since he came into the yard and I was delighted with his recent win at Fairyhouse where he looked a horse with a big future.

Fairyhouse didn’t seem to take much out of him and he’s been very well over the last couple of weeks so I felt it was worth letting him take his chance for a nice pot.

He’s a horse for the future and isn’t really a bumper horse but I’d like to think he will still take beating here.

Run Wild Fred is a good type who won his point for James Doyle in May.

I’ve liked him since he came into the yard and his work suggests that he will be well up to holding his own in bumpers so it will be interesting to see how he gets on here.

His inexperience will count against him but he gets some useful allowances off the previous winners in the line up.