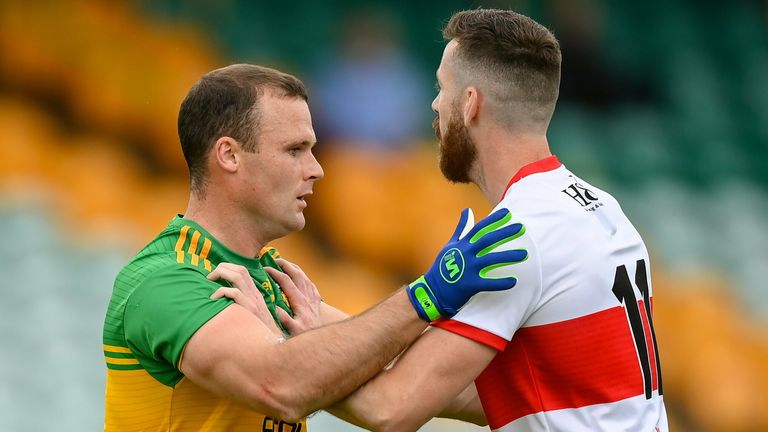 Donegal are through to the Ulster semi-final against Tyrone after digging deep to see off a stern Derry challenge in Ballybofey, 0-16 to 0-15.

A stunning late score from Patrick McBrearty sealed the victory for Declan Bonner’s charges, who trailed for the majority of the contest.

Fresh from their impressive National League campaign, Derry took the fight to their hosts and looked on course to cause the shock of the championship so far when leading by four points in the second half. But they ultimately ran out of steam, as Donegal’s survival instincts saw them over the line. 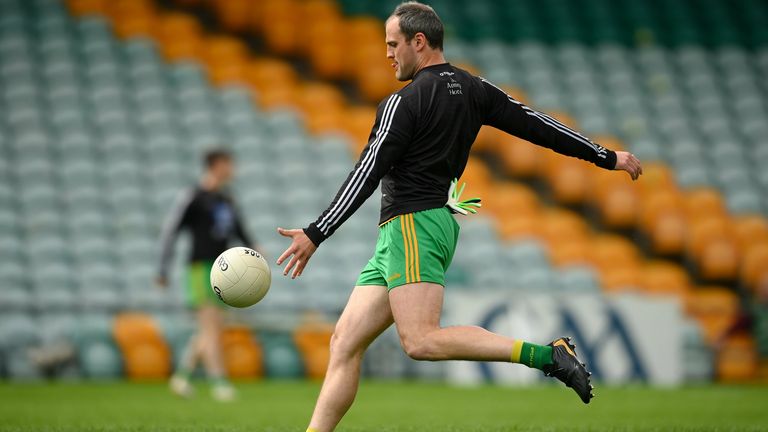 Michael Murphy was held back on the bench, after battling a hamstring injury in recent weeks.

If Donegal thought it would be plain sailing without their talisman, they were badly mistaken as Derry took the game to their hosts in the first half.

Benny Heron, Shane McGuigan and Conor Glass all kicked impressive scores, as they burst into a 0-7 to 0-3 lead.

Glass, who returned last year after a stint as an Australian Rules professional player, was hugely impactful in the middle of the park for Rory Gallagher’s charges, making bursting runs and generally getting involved in play.

Bonner’s charges eventually settled, with Jamie Brennan and Michael Langan growing into the contest with a brace of first-half points each.

Donegal registered the final three points of the half to narrow the gap to one at the halfway mark. Donegal moved up a gear after the restart, with Caolan McGonagle scoring two impressive points.

Indeed, it could have been even better for the Oak-Leaf County, but Heron’s attempt to palm the ball into the empty goal came off the crossbar.

With Donegal trailing by four, Bonner saw fit to introduce Murphy. The Glenswilly man’s arrival galvanised his team, as they hit three without reply.

Gareth McKinless put two between the teams once more, but there was a sense that the visitors’ challenge was waning.

McBrearty and McGuigan converted late frees, as the teams were locked at 0-14 apiece deep into injury-time. It looked like extra-time would be needed.

But the Kilcar club man stepped up at the death with a stunning strike off his favoured left foot to swing the contest and set up a semi-final showdown with Tyrone. 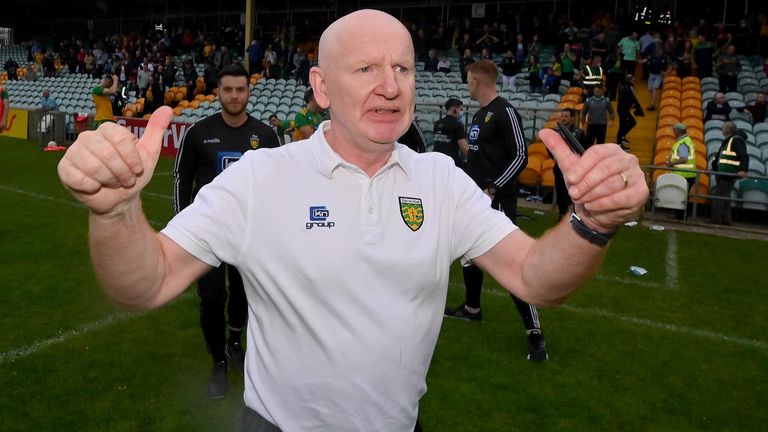