THE ST Leger Festival rolls on with a cracking card on Thursday.

There are Group races and competitive handicaps galore. Our man Jack Keene has taken a close look and picked out his best bets. 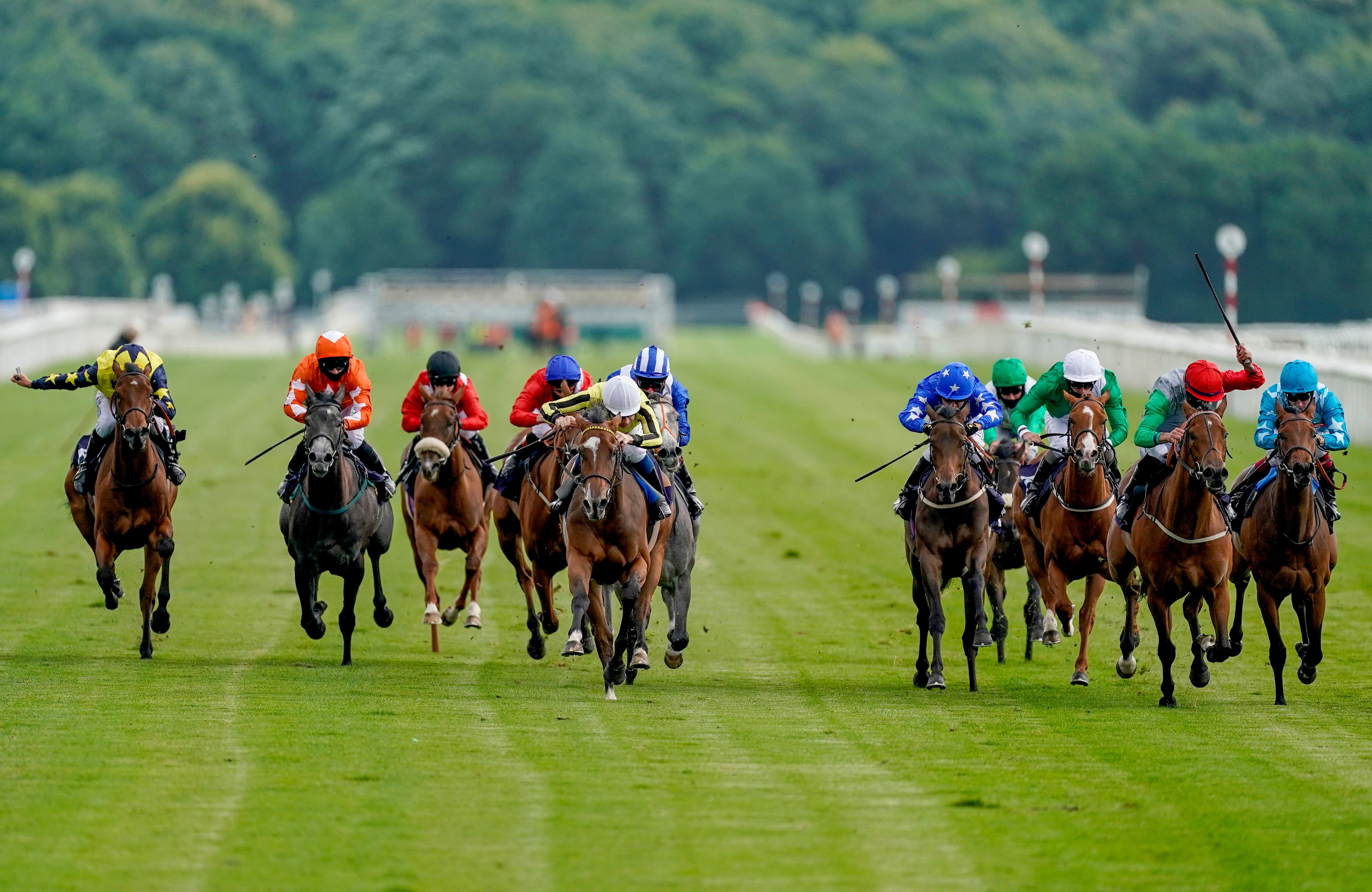 John Gosden's grey is unbeaten in five starts and has been off the track with a number of issues since ending his three-year-old season with a Classic victory.

Only three declared for this race on Tuesday, including the classy Zaaki, but he was scratched on Wednesday meaning Mythical Magic is the only horse standing in Logician's way.

Logician will be long, long odds-on and will win if anywhere near his best, so keep your money in your pocket.

ADVICE: No need to have a bet here

A fiercely competitive nursery in which chances can be given to several.

The nicely-bred SKY ANGEL has progressed with each visit to the racecourse this summer, finishing a close second on handicap debut at Newmarket last time.

The form of that race has been franked so she can land the spoils at the chief expense of Nazuna, who was a gutsy winner at this track 26 days ago.

Spright appreciated the return to 6f when regaining the winning thread at Chester and she remains open to further improvement.

Meu Amor and Credible arrive in winning form and they will no doubt prove better than their respective marks in time.

ZABEEL QUEEN is pretty short now considering she is taking on some similarly unexposed fillies in this Group 2.

But the well-bred filly was very impressive when beating a promising type on debut at Ascot and that race has since produced a few winners.

Trainer Roger Varian has a great record at his track and she looks to have a very bright future, with the step up to 1m set to suit.

She gets the nod ahead of Indigo Girl, who opened her account in pleasing fashion at the first time of asking, for all that maiden lacked the same depth as Zabeel Queen's.

Ubuntu has already achieved a smart level of form, finishing a close-up third on her second start in a Group 3 at the Curragh.

She would ideally prefer slower ground but is respected nonetheless, while Lilac Road broke her duck over C&D and isn't ruled out for William Haggas.

Yazaman sets a clear standard, but he was very disappointing in the Gimcrack at York and now gets a first time visor.

If the headgear has a positive effect he could outclass these, but he has big questions to answer now and it could pay to side with UNCLE JUMBO instead.

Kevin Ryan has a good record in these big sales races and Uncle Jumbo was doing his best work late over 6f at York last month. That was his first outing for over two months and he should be sharper now, with this slightly longer trip a plus.

Ryan has an excellent back-up in Cairn Island, who is seeking a hat-trick after wins at Ayr and York.

He is shortlisted, as is Line Of Departure and Norfolk Stakes third Imperial Force.

A cracking race in prospect, and Alpinista is the one to beat on her excellent (if distant) second to Love in the Yorkshire Oaks.

This step up in trip shouldn't be an issue and she sets the standard now eased into Group 2 company.

But it was impossible not to be taken with the manner of BELIEVE IN LOVE'S victory over this trip at Newmarket last time.

The daughter of Make Believe has improved hand over fist this year, and she is now 31lb higher than when she started her winning sequence in March. She has plenty of untapped potential as a stayer and she gets the vote.

Monica Sheriff ran a fine race on her return to action when fourth in the Ebor 19 days ago. The 'bounce' factor is a slight concern, as is the drying ground.

Irish raiders Pista and Snow shouldn't be underestimated, particularly the latter who is a sister to Leger hero Kew Gardens and gets first-time blinkers now.

COLD FRONT bombed out when well-fancied for a mile handicap at York last month.

He had bolted up over this trip at Haydock on his previous start, so he is given another chance back down in distance now fitted with a tongue-tie.

Mister Snowdon was a touch unlucky at Glorious Goodwood when last sighted and he has held his form well this year.

He is the main danger, though Broughtons Gold is having a terrific season and shouldn't be underestimated, for all he is 4lb higher than his narrow Windsor win.

Jumaira Bay won nicely at Chepstow and is an obvious contender, while Persuasion was outclassed in the Guineas but showed plenty of ability as a juvenile and is worth close market attention with Dettori booked.

FIGHTING IRISH was a high-class performer as a two and three-year-old but he lost his way last year.

He has slipped to a very tempting mark and is having his first run for David O'Meara. If a change of scenery has had the desired effect he could prove a cut above.

Gunmetal will find this easier than the Great St Wilfrid and he is another who is well handicapped on past form.

Tenax will appreciate the step back up to 6f and is another to consider, as is the lightly-raced Fresh.