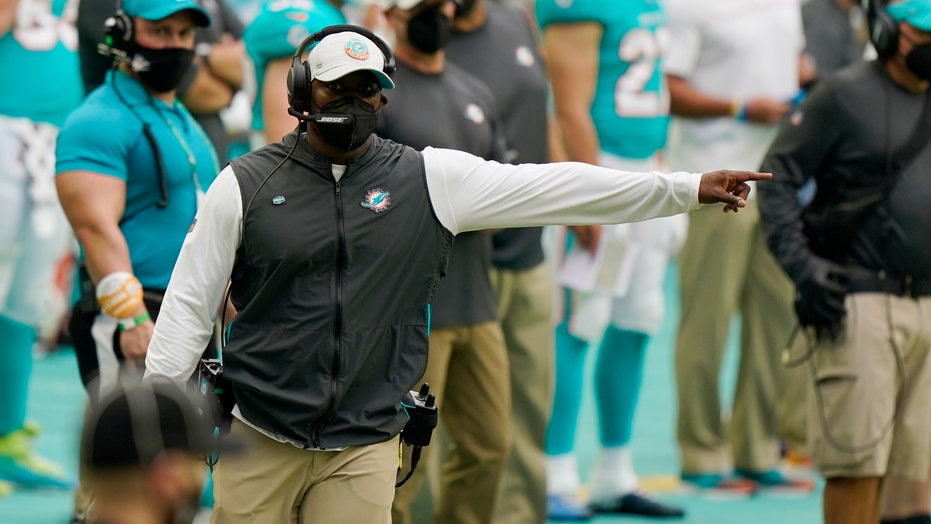 With about 12 minutes left in the fourth quarter of the Miami Dolphins-Cincinnati Bengals game on Sunday afternoon, the benches cleared after Dolphins returner Jakeem Grant was drilled while receiving the punt.

Bengals special teams player Mike Thomas was called for kick catch inference on the play, and Dolphins head coach Brian Flores ran across the field and was furious with the Bengals.

A fight later broke out and punches were thrown, which forced referees to eject players from the game.

The Dolphins, however, managed to come away with the 19-7 victory.

Kicker Jason Sanders booted four field goals, including a 48-yarder as the first half expired, and quarterback Tua Tagovailoa connected with tight end Mike Gesicki for a 5-yard touchdown to cap an 8-play, 75-yard drive in the third quarter to put the Dolphins up 13-7.

Tagovailoa completed 26 of 39 passes for 296 yards and the passing score, running back Myles Gaskin had 21 carries for 90 yards rushing and two receptions for 51 yards, and Gesicki finished with a team-high nine receptions for 88 yards to go along with his touchdown.

The Dolphins (8-4) defense had two interceptions and six sacks in the win.