LIVERPOOL are sweating on Diogo Jota's fitness after he was ruled out of Sunday's trip to Fulham.

The Portuguese summer signing picked up a knock to his knee on Wednesday night against Midtjylland. 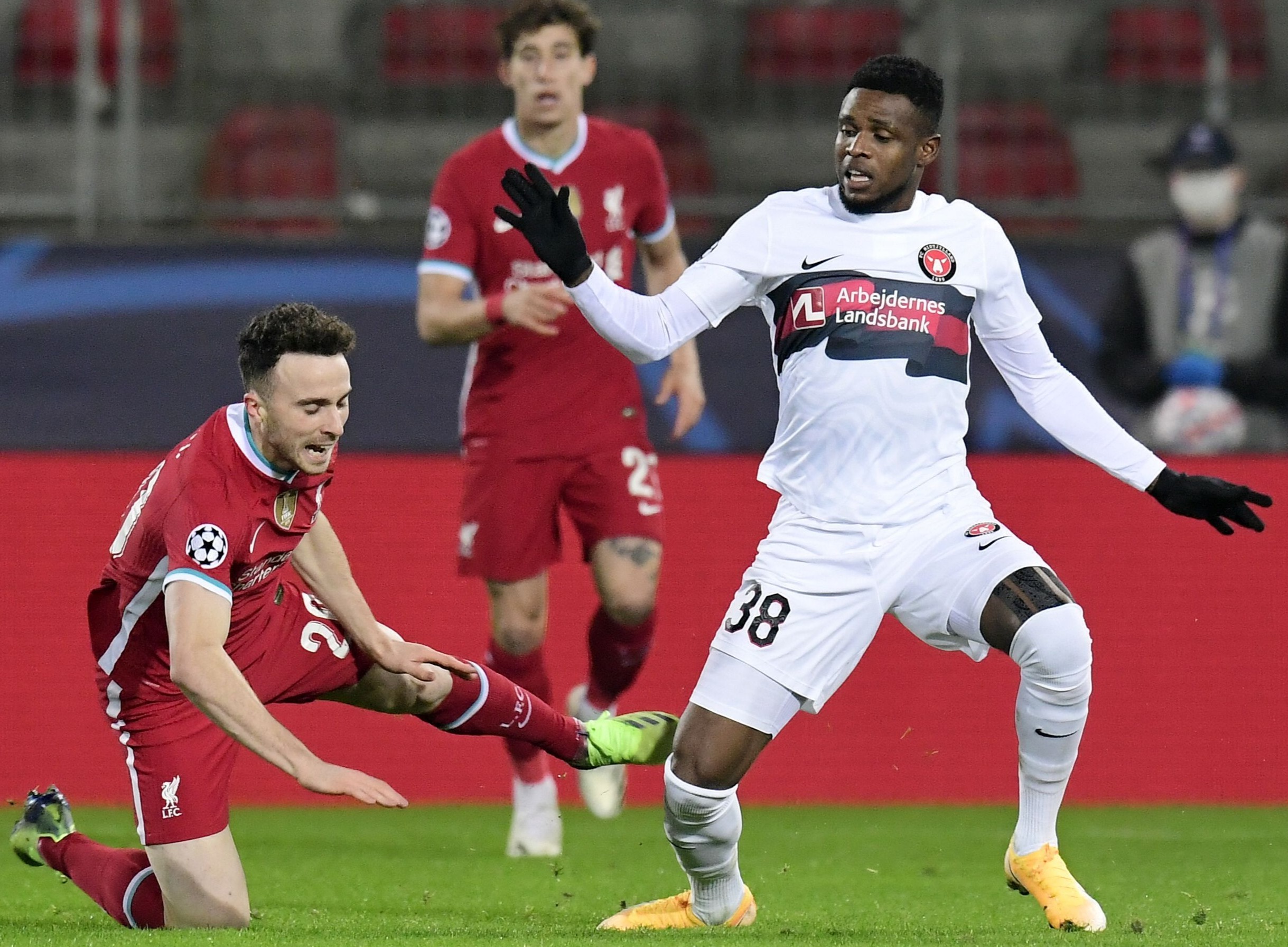 And Jota, 24, was facing a late fitness test for the Craven Cottage clash but has now been ruled out.

And The Times football correspondent Paul Joyce reported that the club are still waiting to assess the severity of his knee problem.

"He’s out of tomorrow’s game at Fulham with a knee injury. Not yet known how long he won’t be available as club continue to do tests."

Jota's absence will be a bitter blow for Jurgen Klopp – who has seen his squad decimated by injuries this season.

Liverpool face three Premier League games in six days – including a top-of-the-table showdown with Tottenham on Wednesday – before a busy festive period.

The Reds are already without both first choice centre-backs Virgil van Dijk and Joe Gomez for the foreseeable future with serious knee injuries.

And Jota's fellow summer arrival Thiago will be out until the new year.

James Milner and Xherdan Shaqiri remain sidelined but Klopp hopes to have Alex Oxlade-Chamberlain available soon after being injured in pre-season.

Reds goalkeeper Alisson is also nearing a return while Trent Alexander-Arnold came back and captained the side on Wednesday.

£40m signing Jota has hit the ground running since arriving at Anfield with nine goals for the Reds.