DIEGO MARADONA has posted a bizarre video on social media where he has his hands tied by a cake ribbon.

Th clip is in response to claims made by his daughters that he is being "held hostage" by his entourage, but the 59-year-old has quickly rubbished their statement. 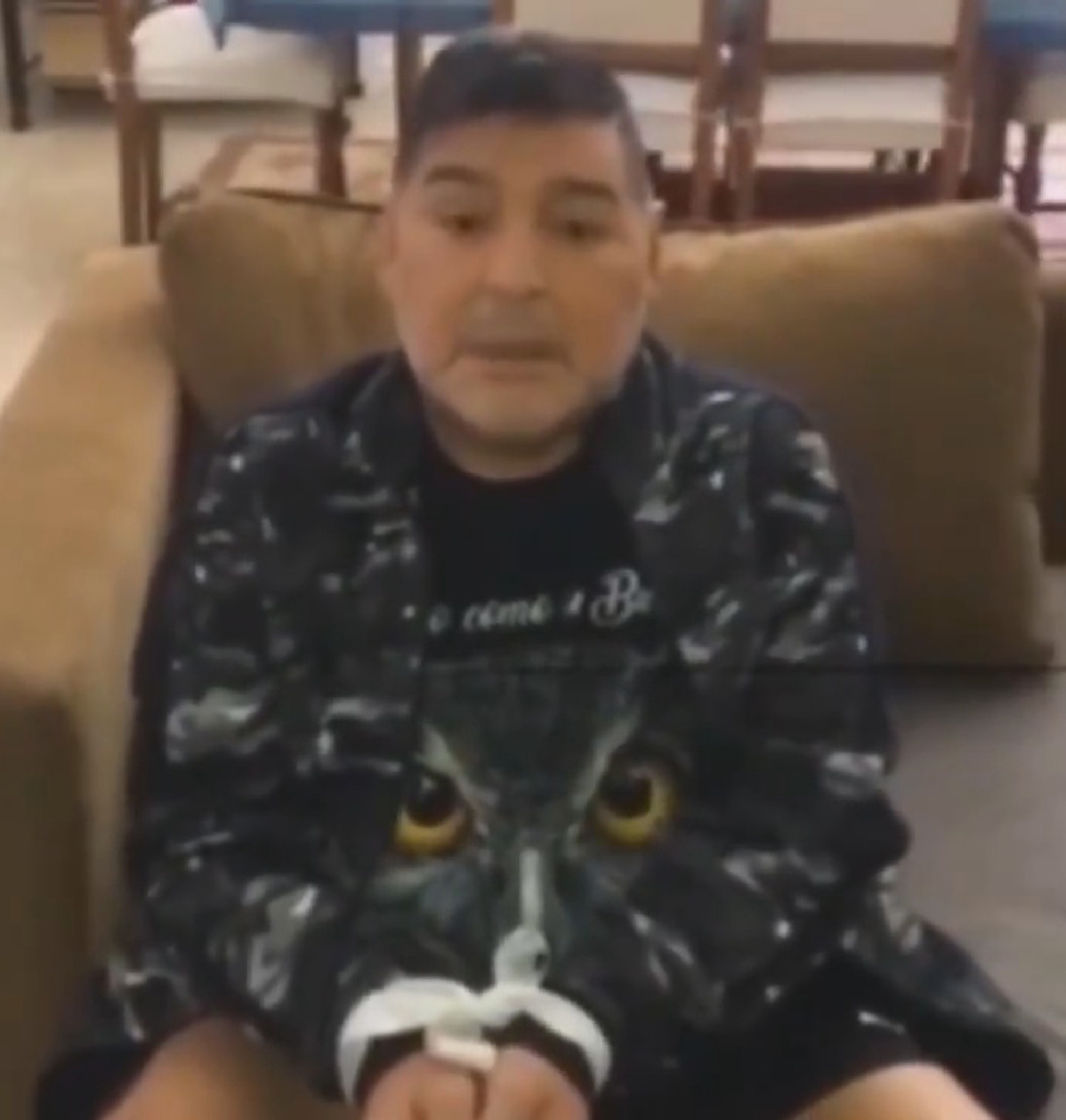 Gianinna Maradona, 31, said she and Dalma, 33, are concerned about their dad's alcohol consumption.

And such is their desire to kick the 1986 World Cup winner off the booze, they are willing to go to court to get help for their father.

Fashion designer Gianinna told Argentine TV: “I don’t have to expose my dad. If I do it, it will be in front of a judge, so it can be done judicially.

“I don’t tell him not to drink alcohol anymore. But he doesn’t enjoy it. I want my dad to keep living.

"I'm at the limit where I don't have to expose my dad. If I do it, it will be in front of a judge, so it can be done judicially."

This led to speculation that Fernando Burlando, the lawyer of Maradona’s ex-wife Claudia Villafane, could represent Gianinna and Dalma.

Speaking of Maradona, Burlando told the Argentine TV show Intrusos: "I’m of the idea that for someone to be deprived of their liberty they don’t necessarily have to be in a cellar or locked up with a padlock, there are other ways to deprive liberty.

“When you don’t have the capacity and possibility to make decisions, that is an eloquent form of deprivation of liberty.

"The episodes that have repeatedly occurred in the lives of the relatives of Diego Maradona, in the notes that he has made, for example, that had to be rectified by him, without there being any proof that he has expressed these declarations, speak of the fact that they are cornering him and managing his life.”

And now Maradona – who went viral last month after flashing his bum to the camera while dancing with his girlfriend – has responded the claims against him. 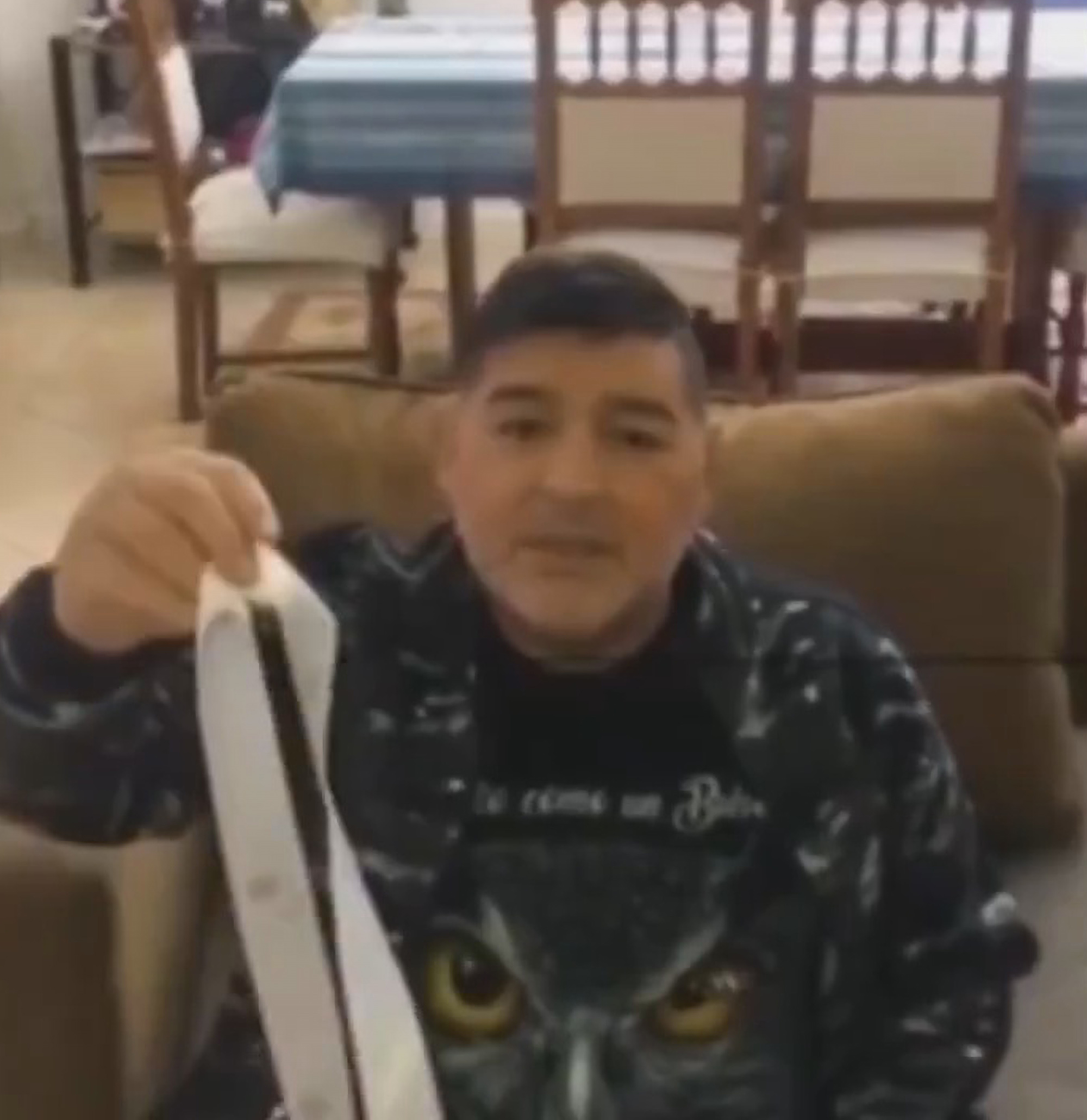 In a video that has been shared on social media, Maradona can be seen sitting down with a cake ribbon tied around his hands.

Speaking as he broke out of the ribbon, he said: "I didn't know I was imprisoned.

"Look how imprisoned I am. This is from the cake that was made here, in this house. Imprisoned, my a**e.”