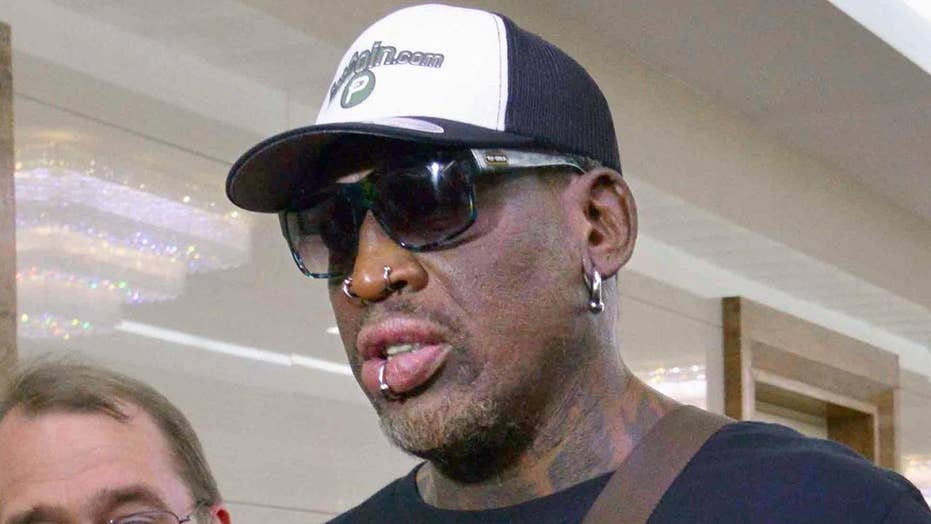 The 57-year-old, who's remained in the spotlight due to his friendship with North Korean dictator Kim Jong Un and President Trump, told TMZ Sports he started drinking again when he went some bars in Newport Beach, Calif., a couple of weeks ago. He called it a mistake and said after reaching out to his agent and his AA sponsor for help, he is back on track.

“It’s a long process and it’s gonna take time to get over the hump,” said Rodman, who added the meetings helped remind him he's not alone.

Kanye West may get an audience with North Korean leader Kim Jong Un in September if Dennis Rodman makes good on his recent promise for an invite.

Rodman entered rehab early this year after a January DUI arrest and has spoke openly about his difficulties remaining sober. His 2018 rehab stint was Rodman's second. He previously spent three weeks at Turning Point in 2014 after returning from one of his trips to North Korea.

Rodman told TMZ Sports going to the AA meetings had been helpful to him at the start, but, after a while, they grew monotonous and boring.

“But every once in a while, you have to go back and put yourself back in the situation that's why you became that in the beginning,” he said.

Rodman’s agent, Darren Prince, told TMZ Sports: “Dennis is the king of rebounds and he’ll rebound from this too.”