But it wasn’t just his barnet that caught the eye. 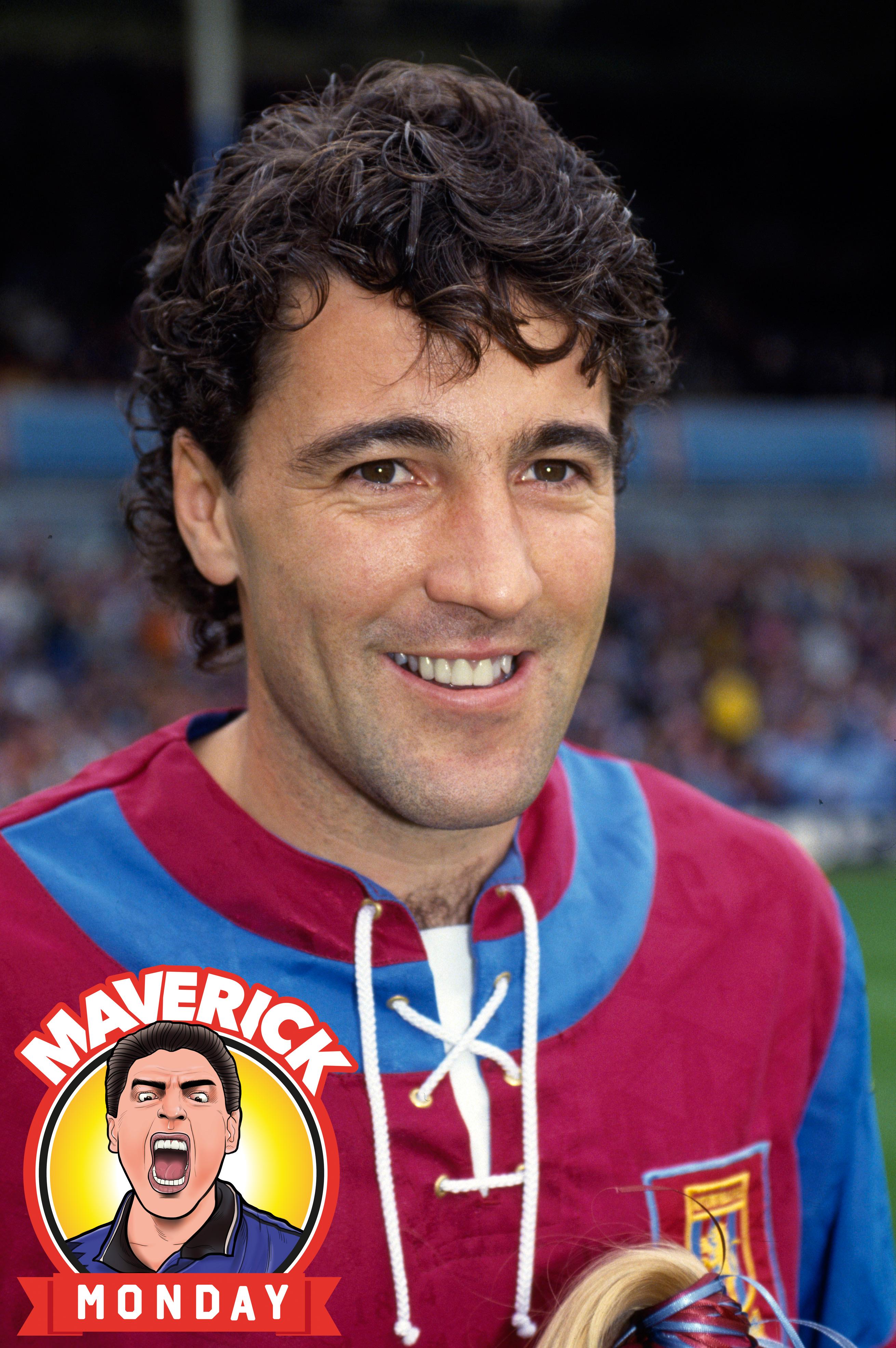 Across a career spanning nearly 20 years and clubs as diverse as Derby and Galatasaray, Bradford and Benfica, he averaged a goal every three games.

And, having scored 22 goals in his 75 caps, he is the fourth highest scorer in the history of the Welsh national team.

A prolific striker, certainly, but quite a character too…

He hit the ground running with Derby County… 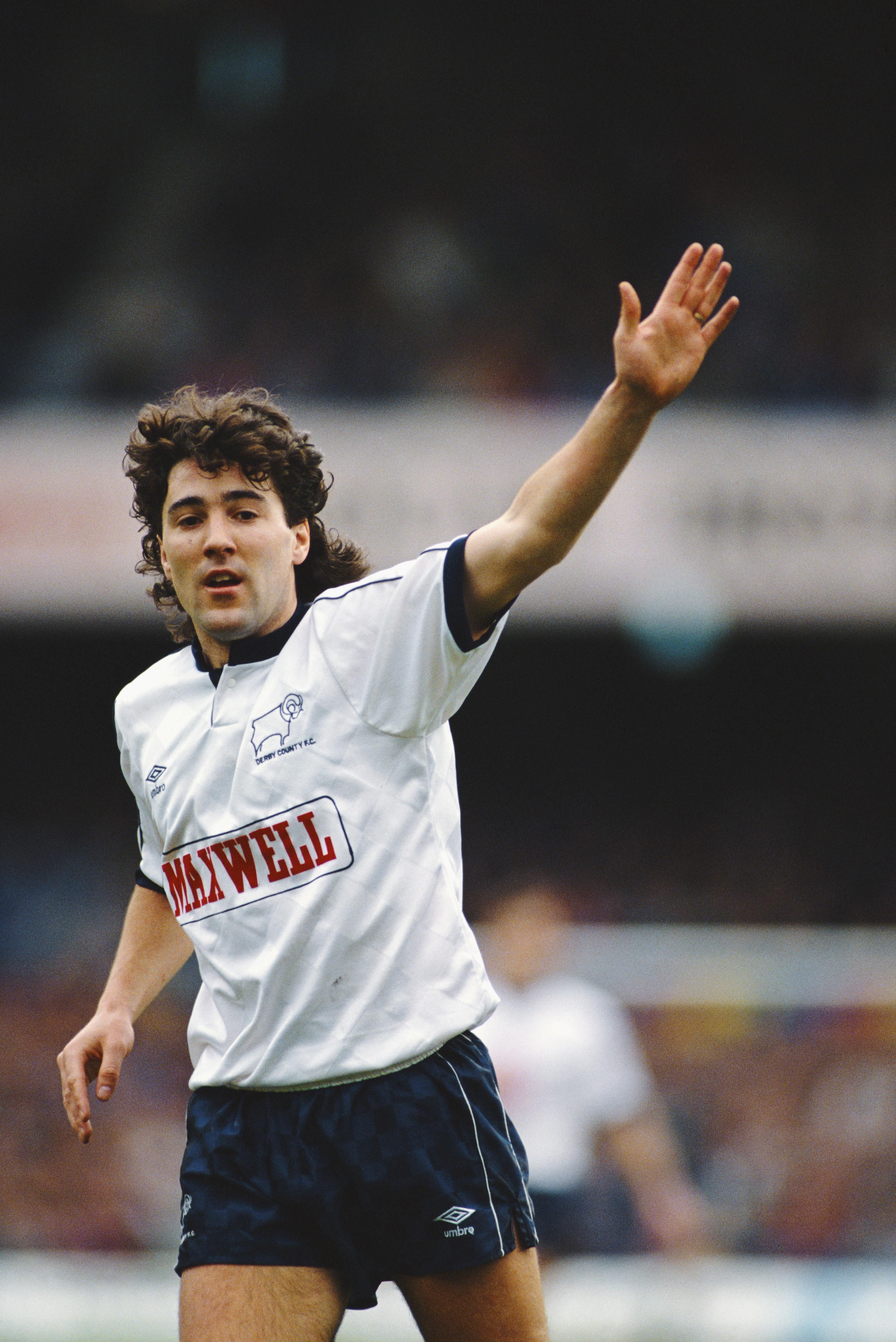 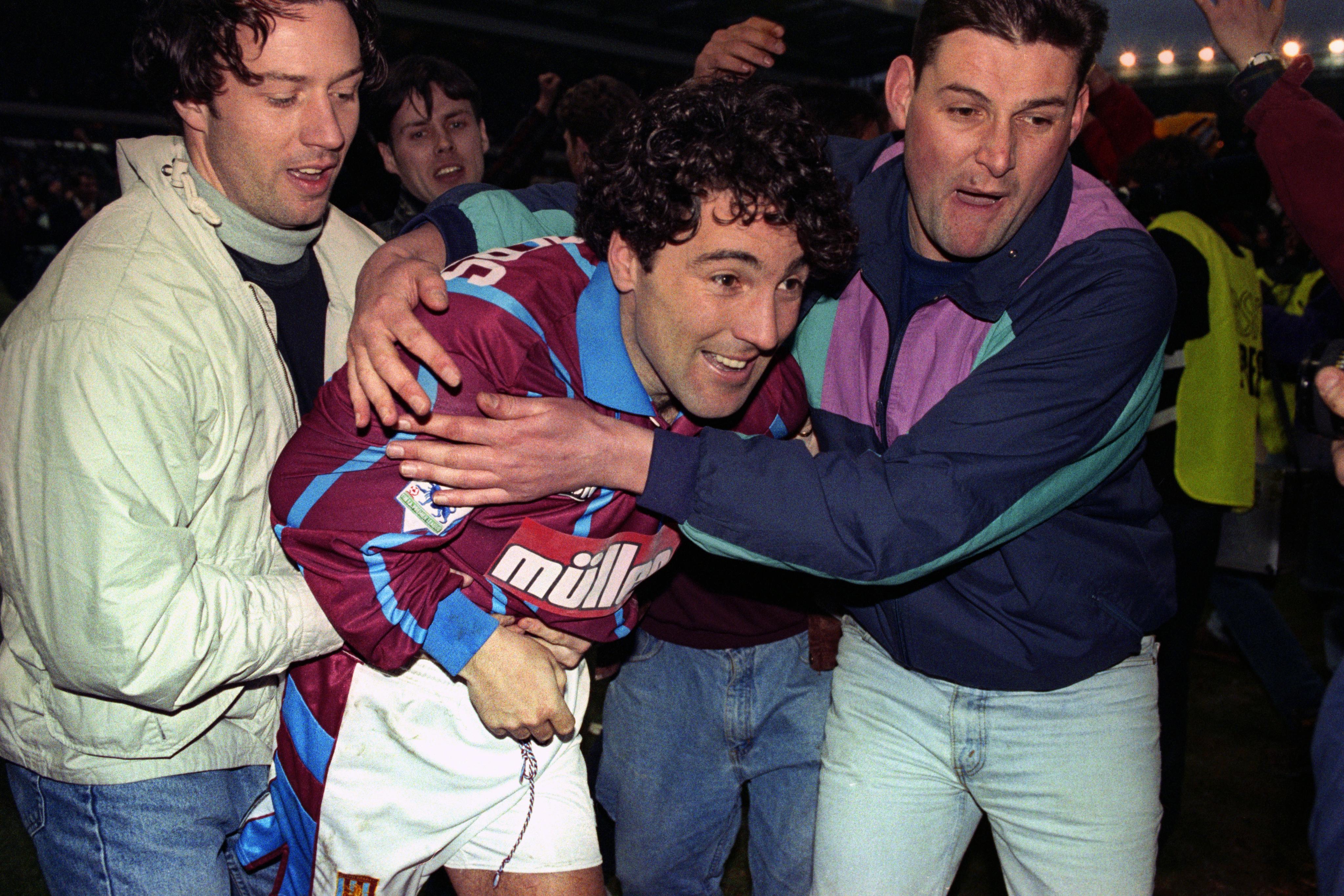 Saunders joined Derby from Oxford in late 1988 – the clubs first £1m signing – and made his first appearance against Wimbledon at the Baseball Ground on October 29.

It was a dream debut. He scored twice in a 4-1 win and also went on to score in each of his first four games as they beat Spurs and Aston Villa and drew with Manchester United.

Saunders would score 14 goals in his debut season for Derby, taking them to a fifth placed finish in the top flight – their highest placing since they won the league title in 1975.

Football runs in the Saunders’ family… 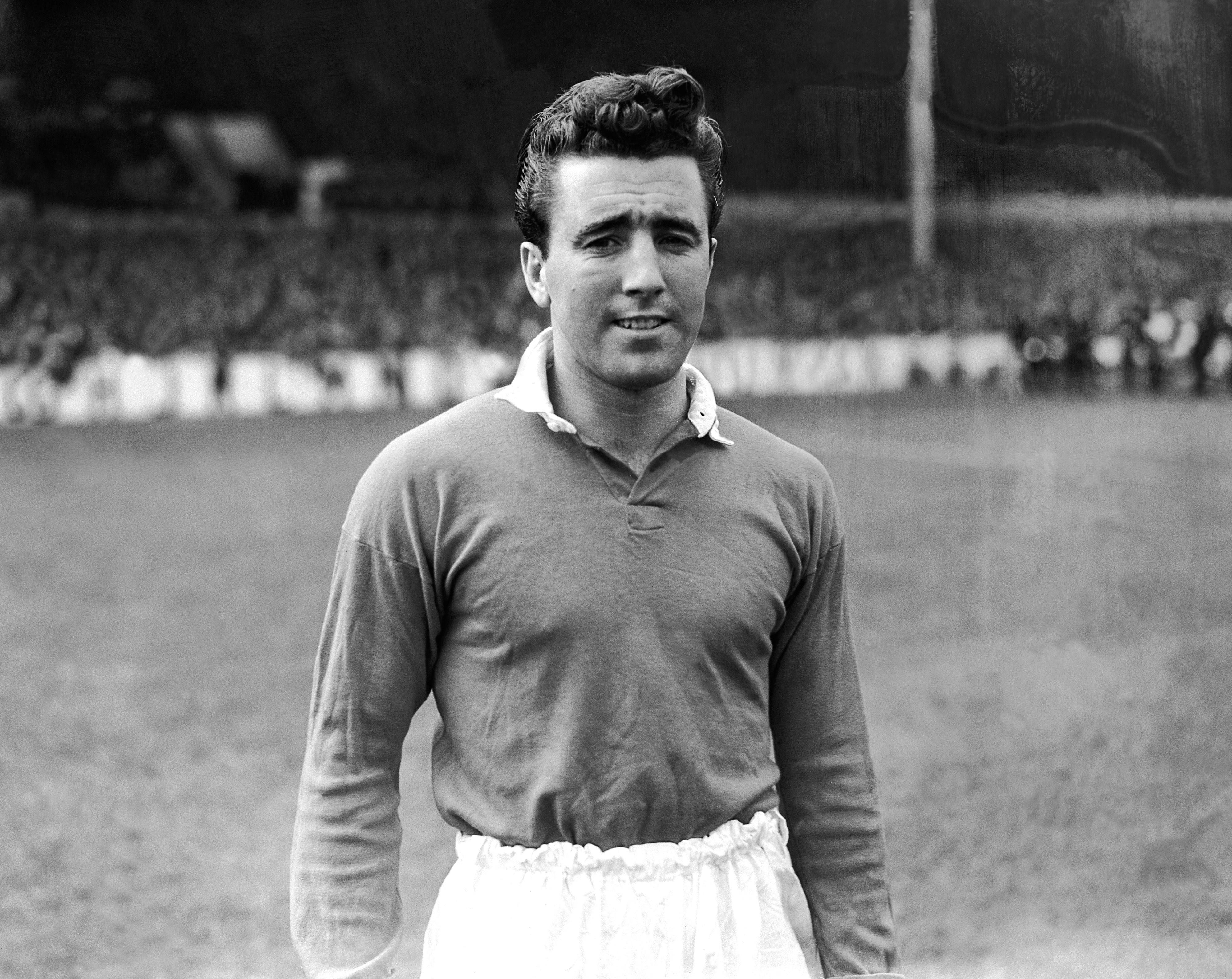 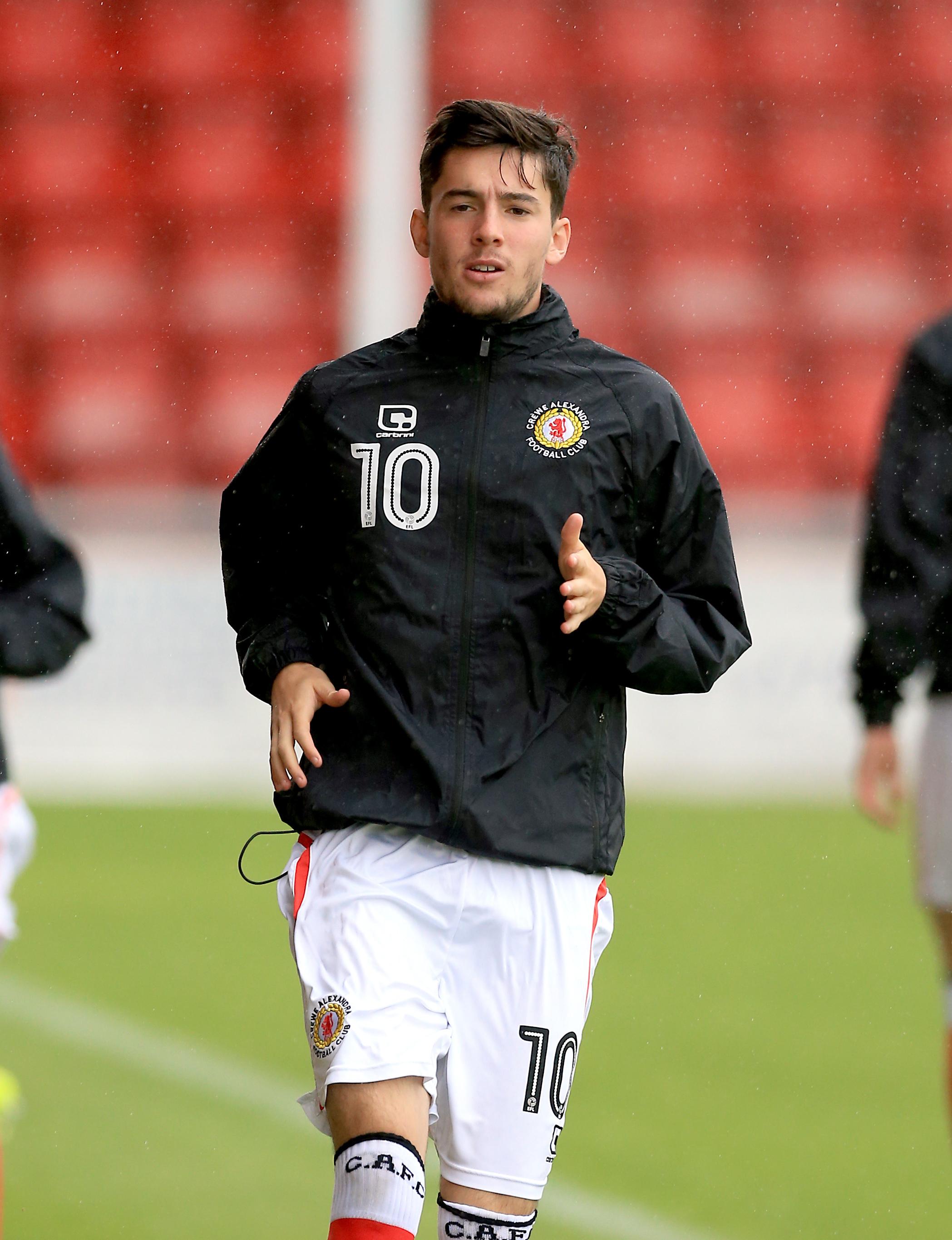 Saunders’ father, Roy, played 146 times for Liverpool and almost 100 games for Swansea while his son, Callum, is also a striker having played for Crewe, Notts County and the Welsh Under-21 side. He’s currently at Northern Premier League side Nantwich Town.

He played through the pain barrier…

It was the night before Villa’s game against Chelsea and Saunders was feeling unwell. He also had a a few mysterious spots appearing on his face and body too.

Advised to rest by the club physio, Saunders condition got worse and, later that day, he pulled his shirt up to find his chest covered in new blisters. Chicken pox. 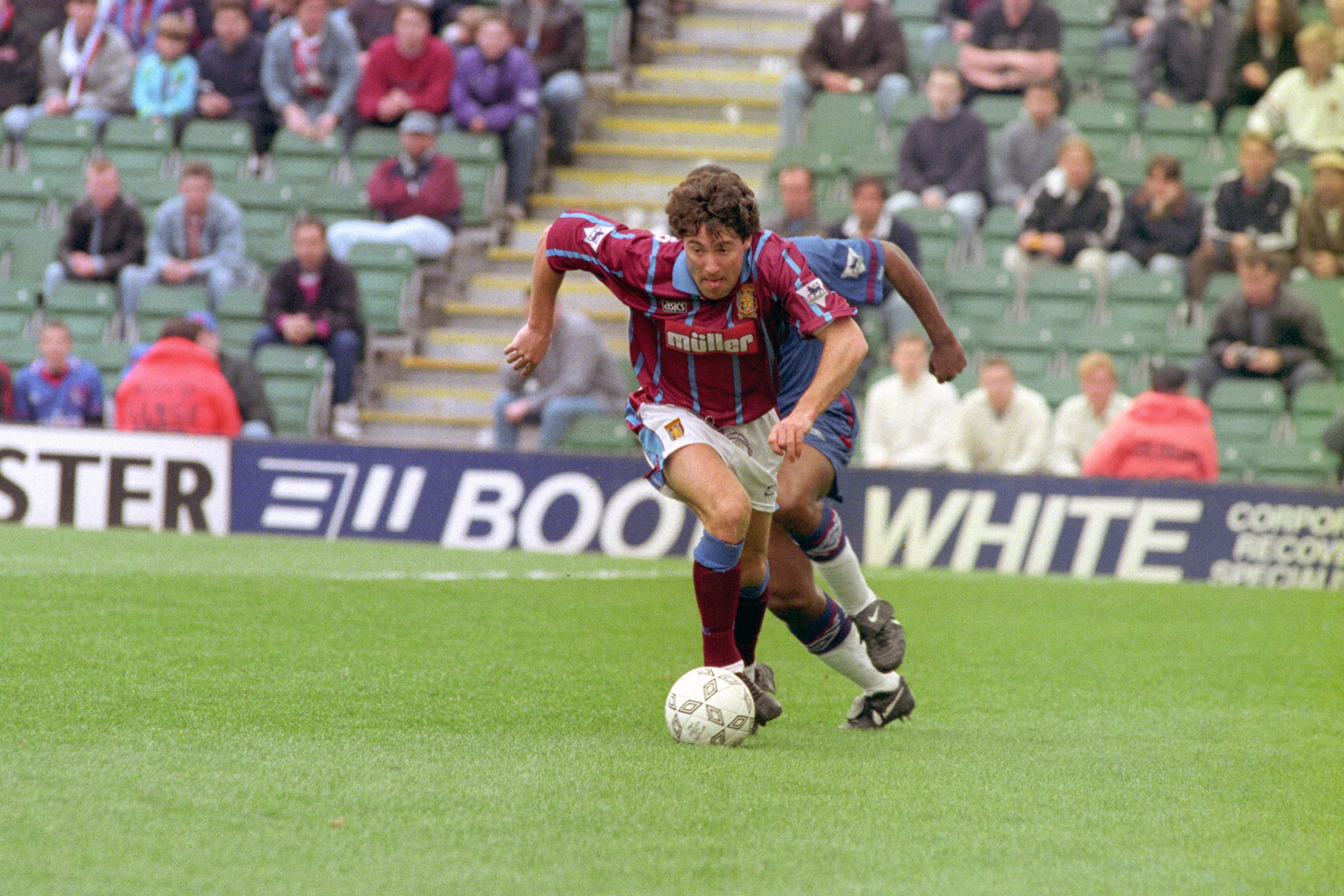 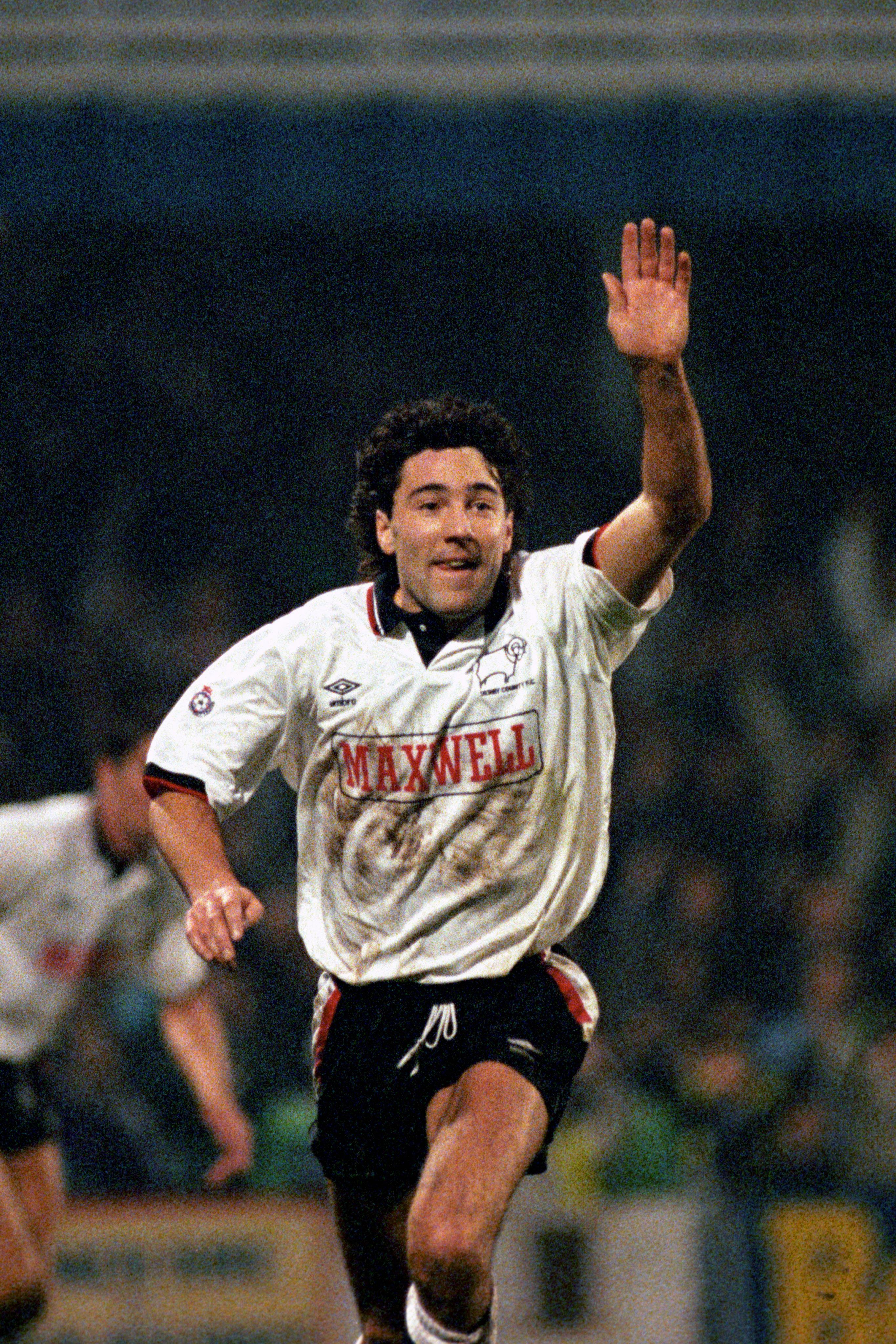 Not that Villa manager Ron Atkinson cared. He just delayed Saunders’ diagnosis until as late as possible and stuck him in the starting line-up.

“The blisters were bursting when the ball hit me on the chest but I played the whole game,” recalled Saunders later.

He took to Turkey…

As Brian Little took over at Villa Park, Saunders was sold to Turkish side Galatasaray where he was reunited with his former manager at Liverpool, Graeme Souness. 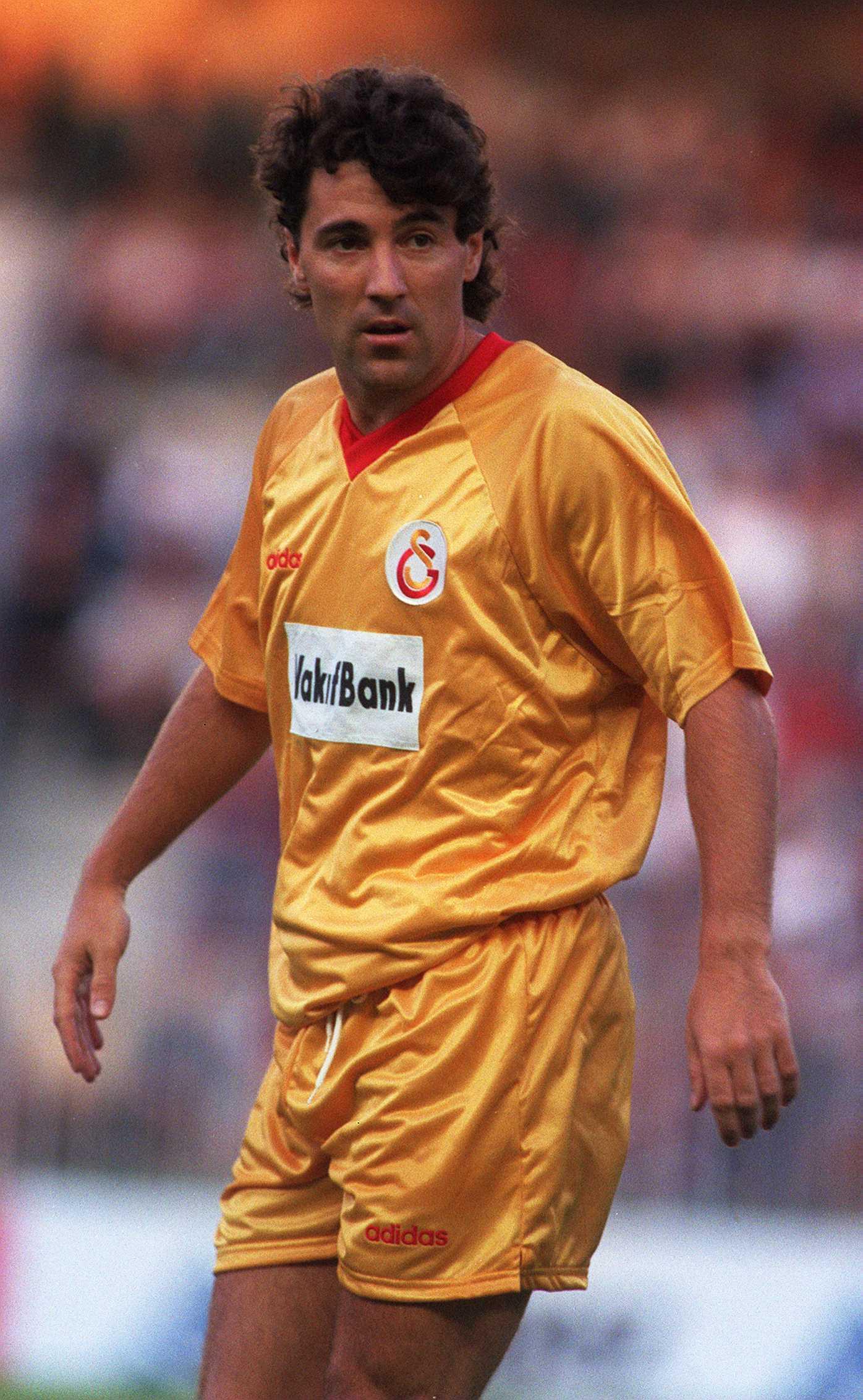 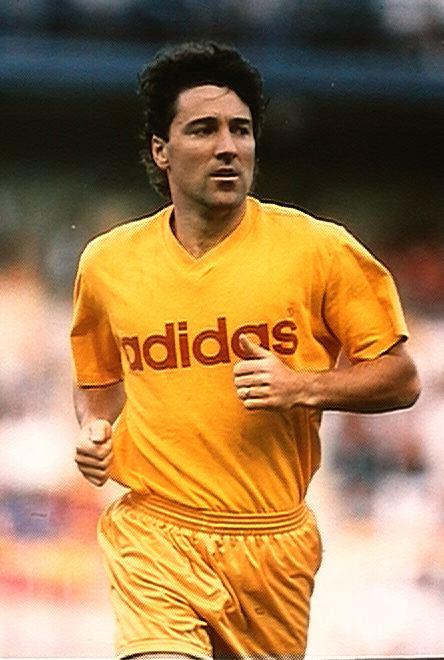 Trouble was he didn’t tell his wife, Helen, and the first she knew of it was when Saunders took her to Turkey one weekend and promptly told her that this was her new home.

Saunders would spend just one season in Istanbul, but it was a year where he also welcomed his son Callum into the world, meaning Saunders Junior could play for Turkey if he chose to.

Well, not all of it…

Saunders shared his time at Galatasaray with the American keeper Brad Friedel and his former Liverpool teammate Barry Venison and while he embraced the culture there were certain things he drew the line at. 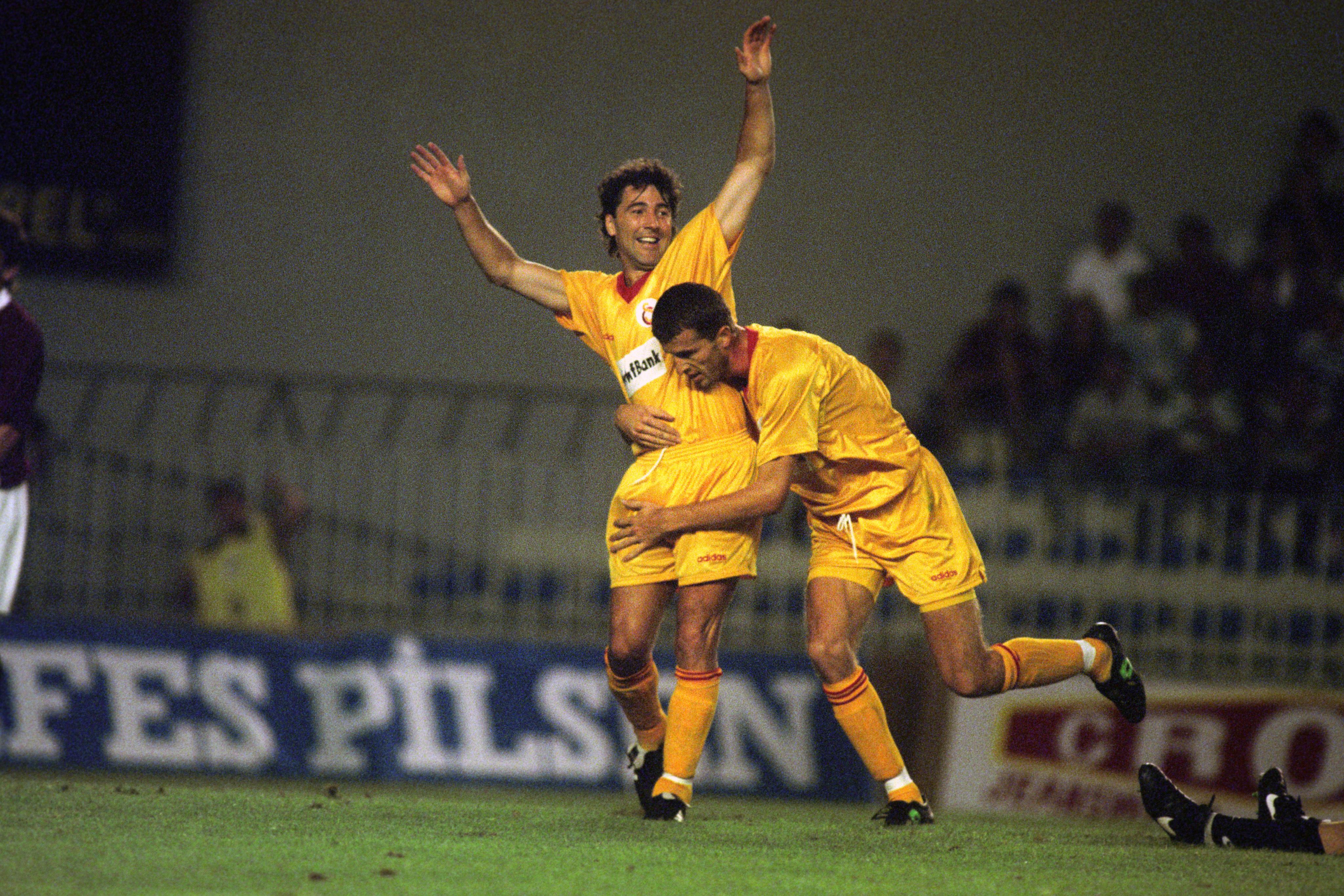 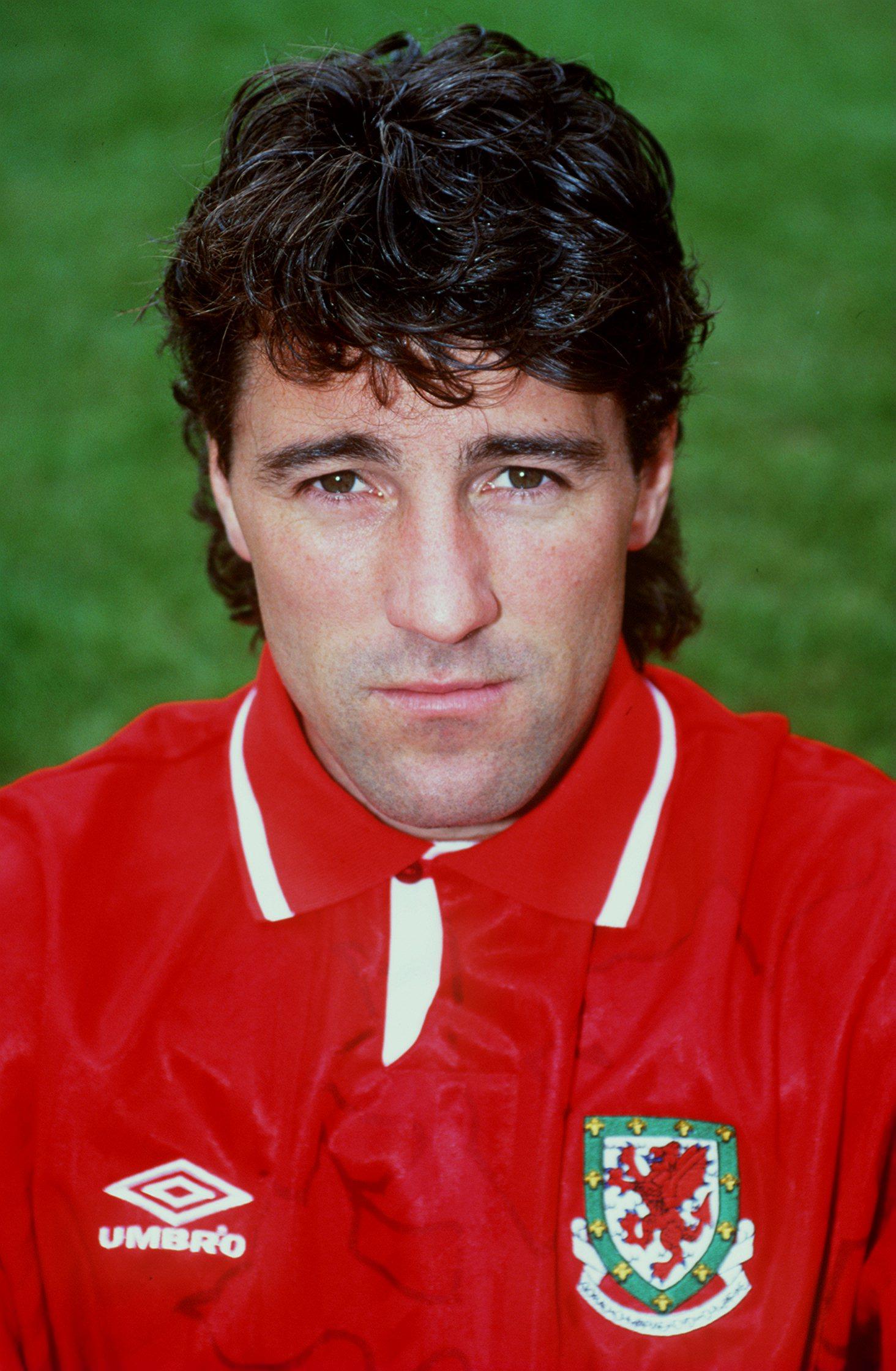 Before one game, a goat was brought on to the pitch and with the teams lining up, had it’s throat slit and it’s still warm blood drained into a cup for the players to sip.

It was, Saunders was told, good luck. But he wasn’t having it and he breathed a sigh of relief when he saw the goat’s carcass being dragged off to the side of the pitch.

The problem was it was still there during the game and when Saunders chased a ball down the touchline he lost his footing after a tackle and slid, face first, through a pool of the goat’s blood and straight into the carcass of the animal itself.

He was a very quick thinker… 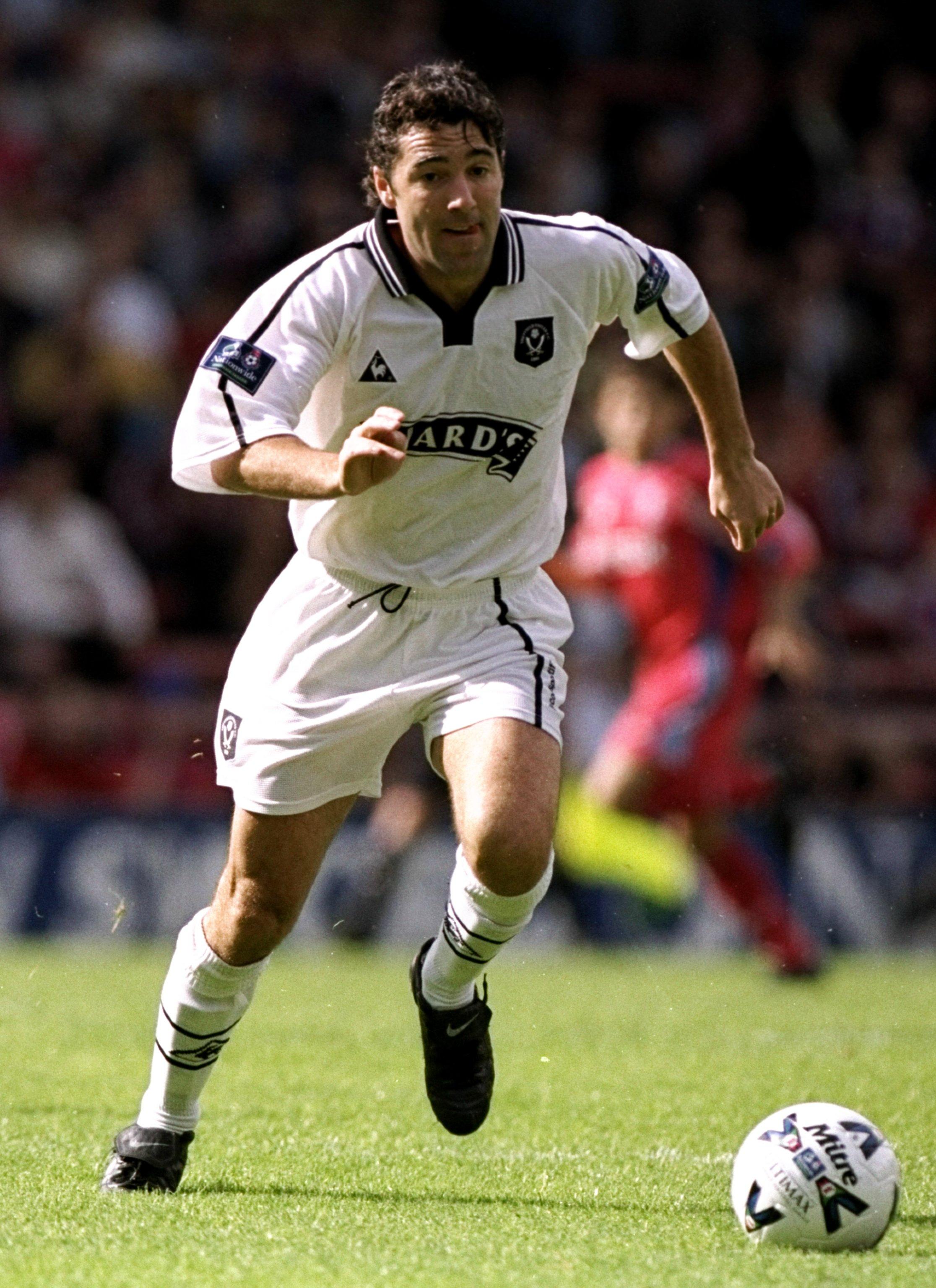 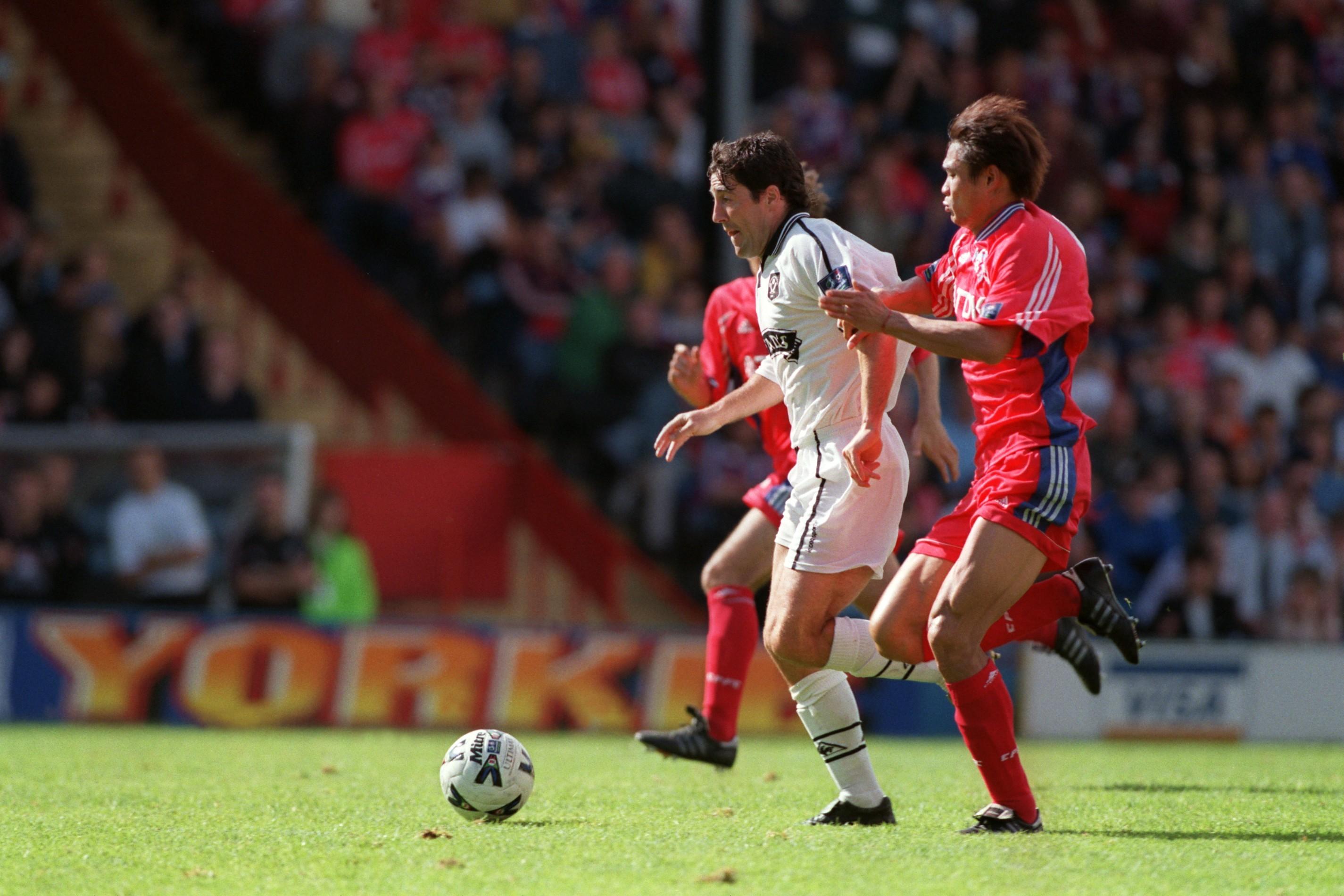 During his short time at Sheffield United, Saunders produced one of the most ingenious bits of improvisation ever seen in the English game, and you can find it on YouTube.

In a match against Port Vale, he and Vale keeper Paul Musselwhite chased down a through ball and though Musselwhite beat him to it on the left touchline, knocking it out for a throw-in, Saunders was alive to the opportunity.

As the keeper raced back to his goal and without any of his team nearby, Saunders simply threw the ball against Musselwhite’s back and then rolled the ball into the empty, unguarded net.

But he could also score worldies… 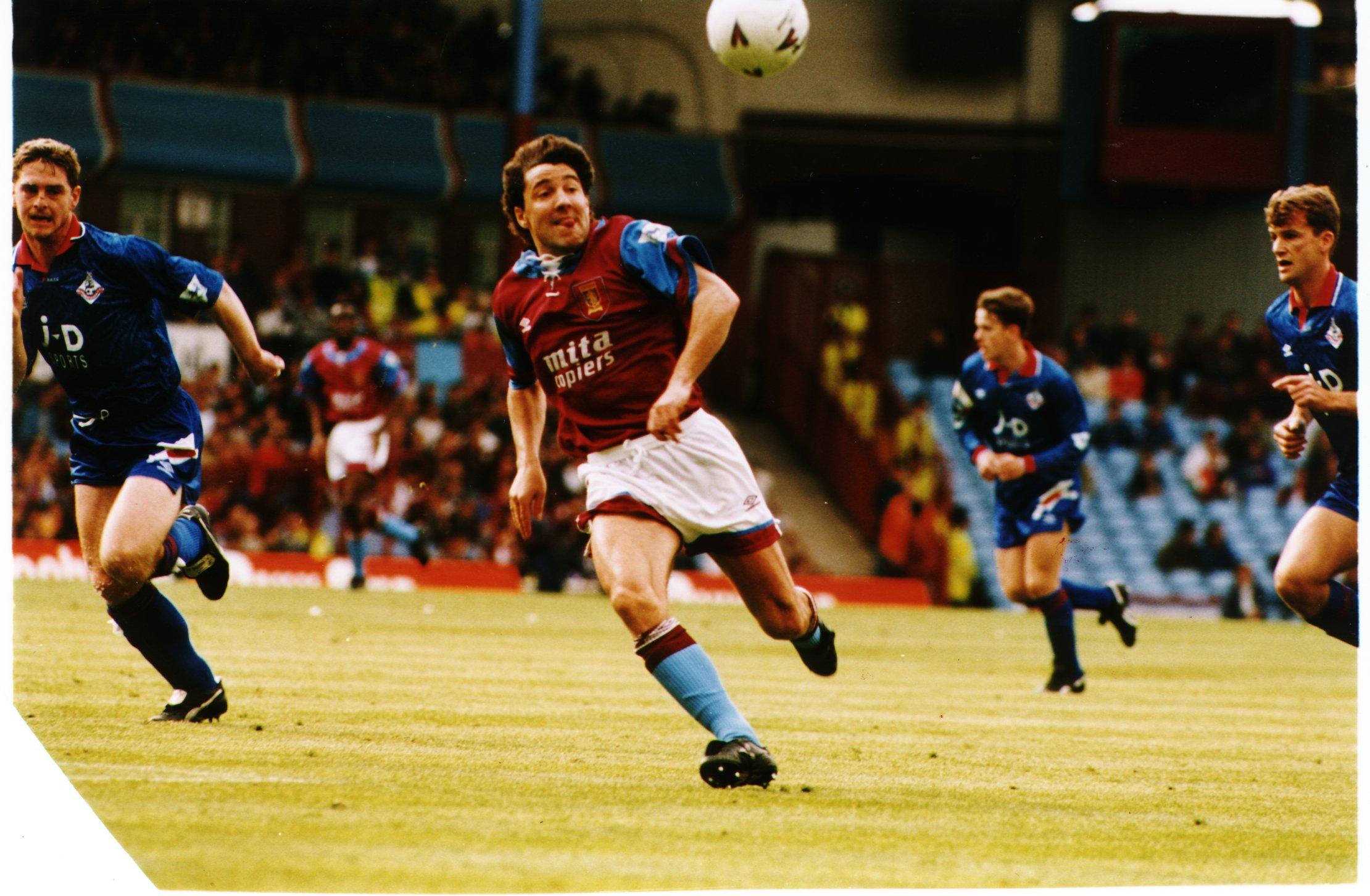 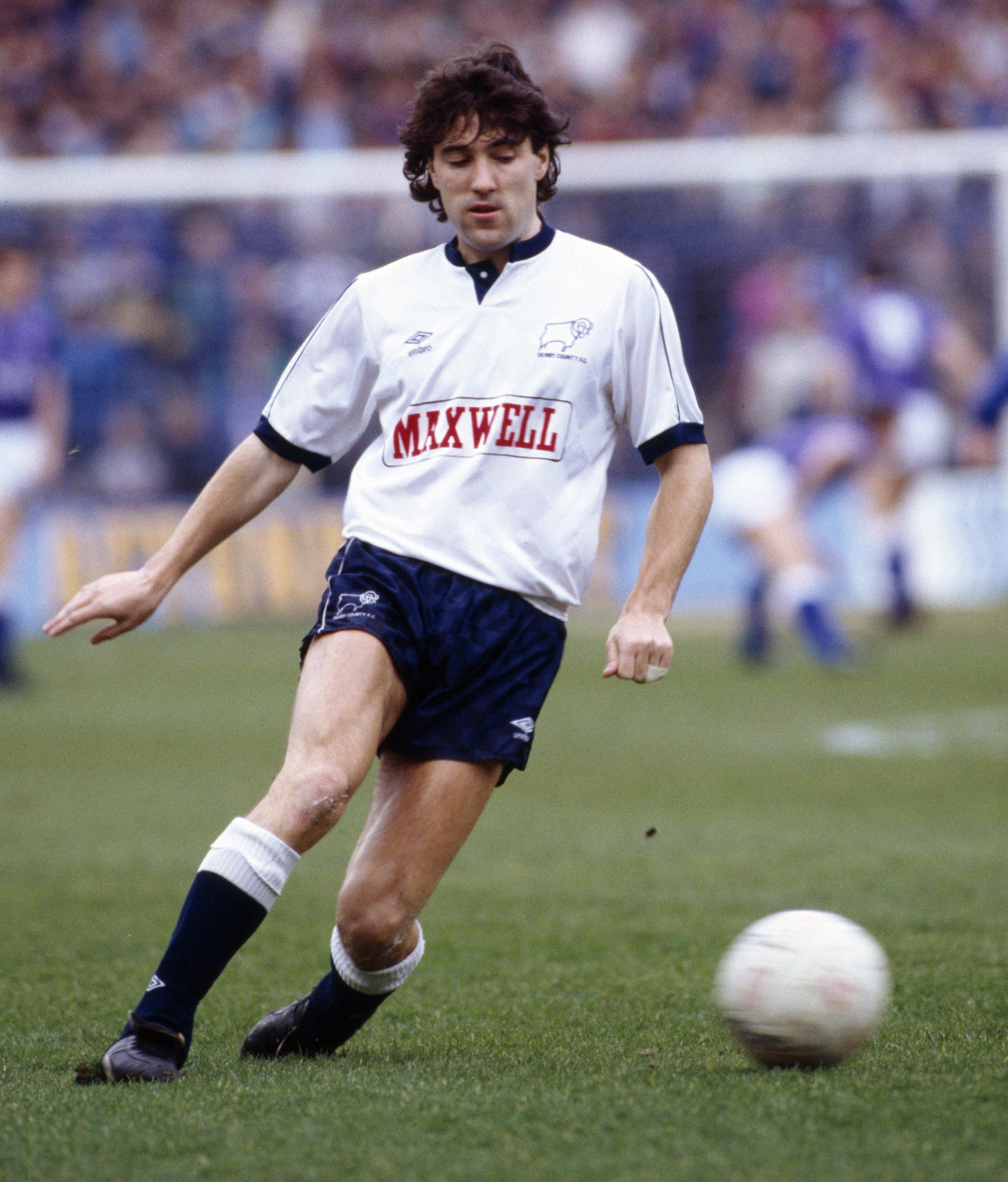 Picture the scene. It was a game against Ipswich at Villa Park in February 1993. A bouncing through ball down the right wing.

Saunders is maybe 40 yards out when he latches on to it, but in a flash he swivels and volleys it high over the head of Town keeper Clive Baker and into the net, prompting scenes of hysteria in the Holte End.

He was immune to abuse… 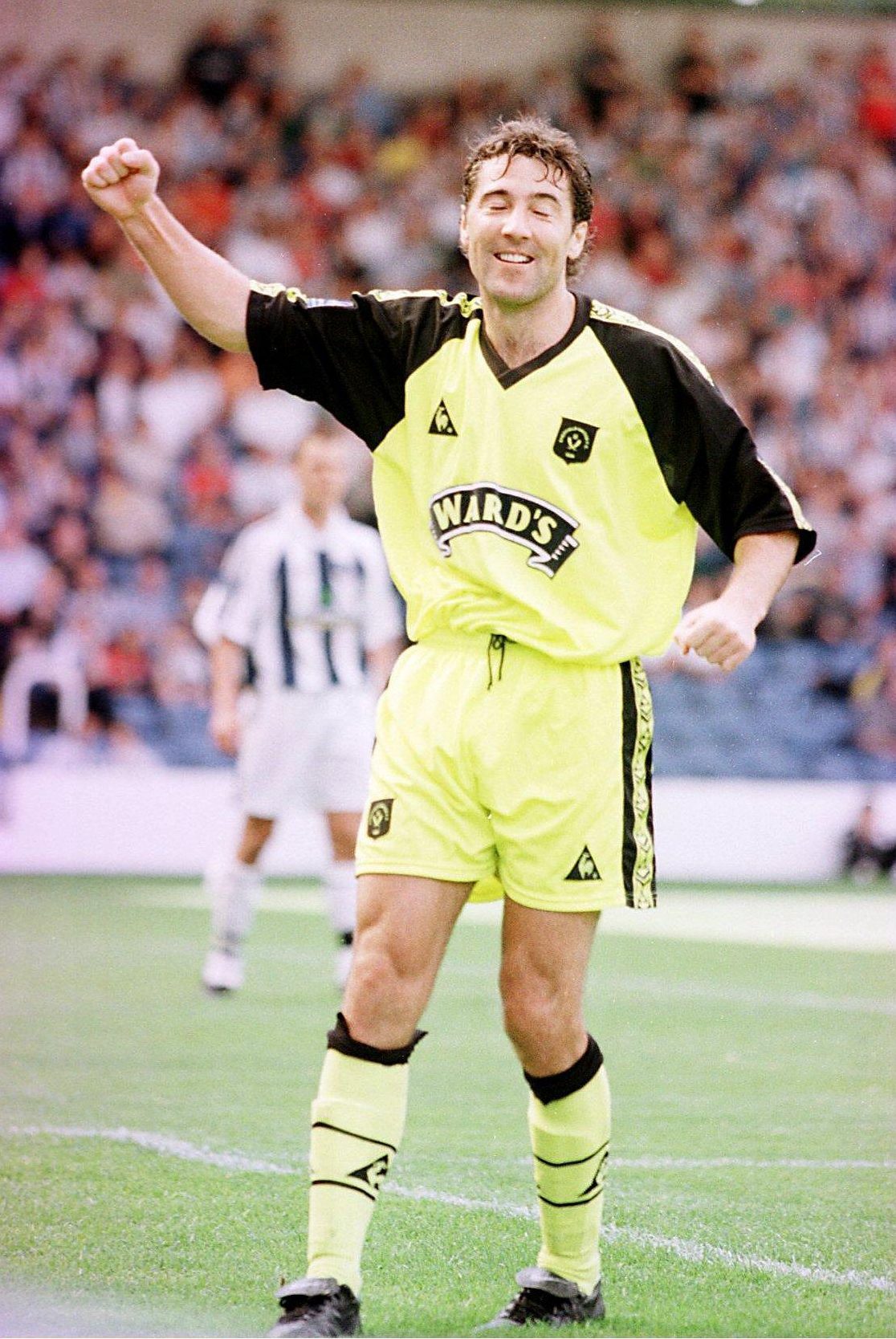 With his supreme self-confidence and his knack of scoring crucial goals, Saunders was never a favourite among opposition fans.The fact he was a proud Welshman didn’t help his cause either.

“I had someone throw an inflatable sheep at me once — at Selhurst Park I think,” he recalled. “I said I didn’t fancy it so I threw it back!”

When Wales qualified for the 2016 European Championship Finals, Saunders decided to head over to France and flew out from Birmingham, leaving his car in the airport’s short stay car park. 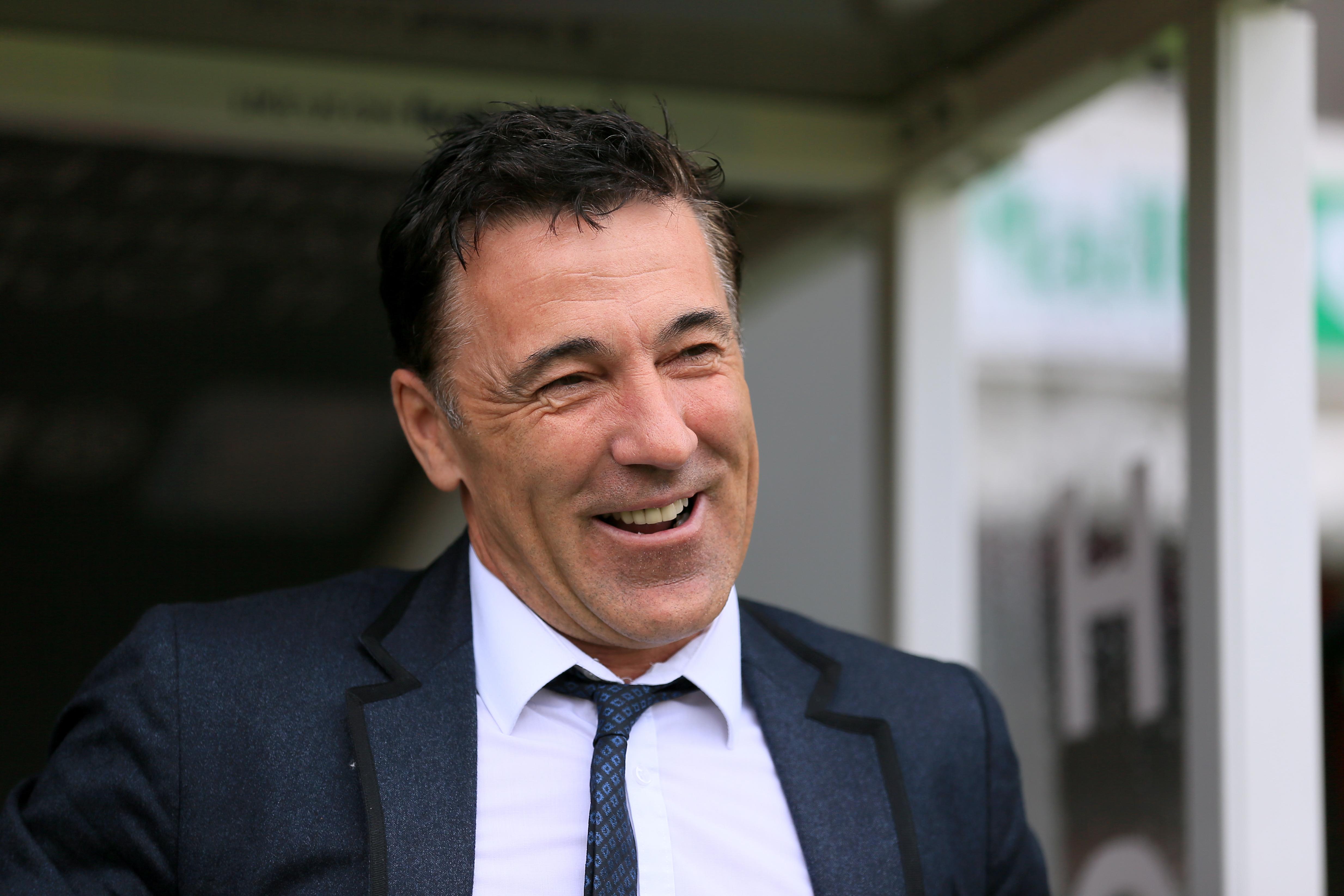 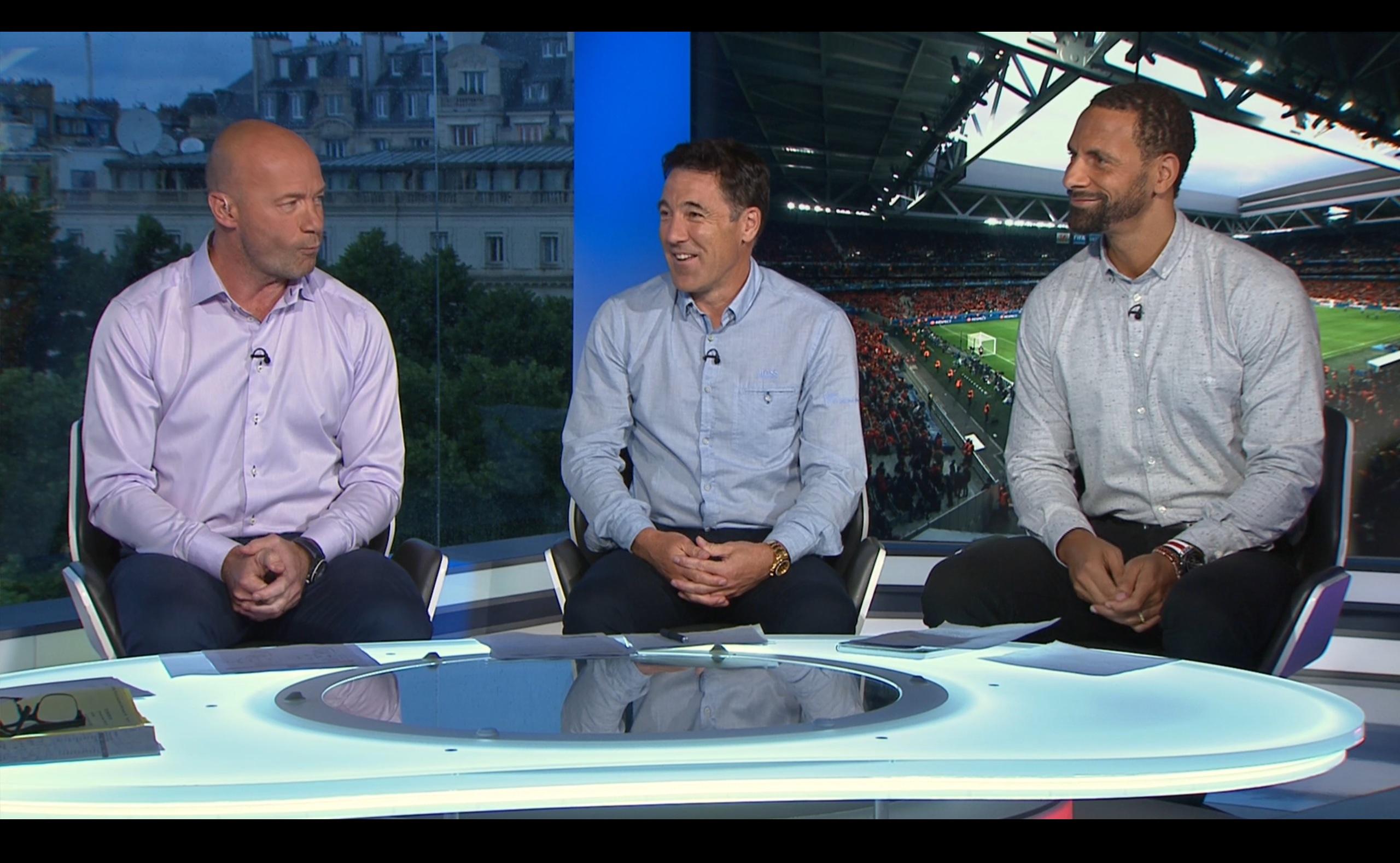 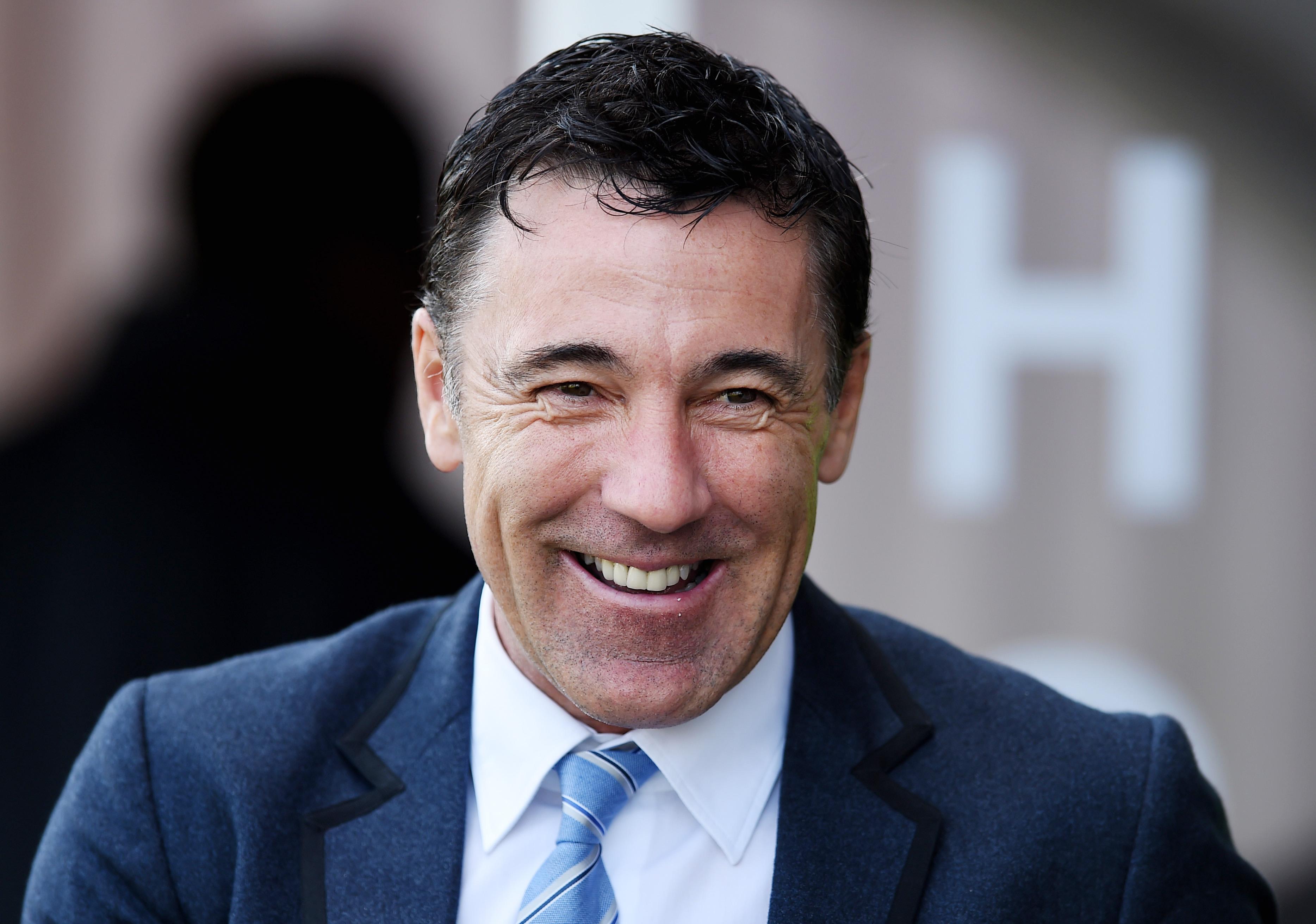 Three and a half weeks later, Saunders was still in France as Chris Coleman’s side went all the way to the semi-final.

But Saunders had only booked his car in for the group stages, and now each additional day was costing him £100.

While Saunders joked about having “to take out another mortgage” to cover his parking costs, Coleman’s brother-in-law, Richard Jackson, set up a Just Giving page to help raise money.

He needn’t have worried as when he returned home Birmingham Airport waived the additional charges.