Arsenal were saved by a late Lucas Torreira bicycle kick seven minutes from time, as the Gunners had three players booked. 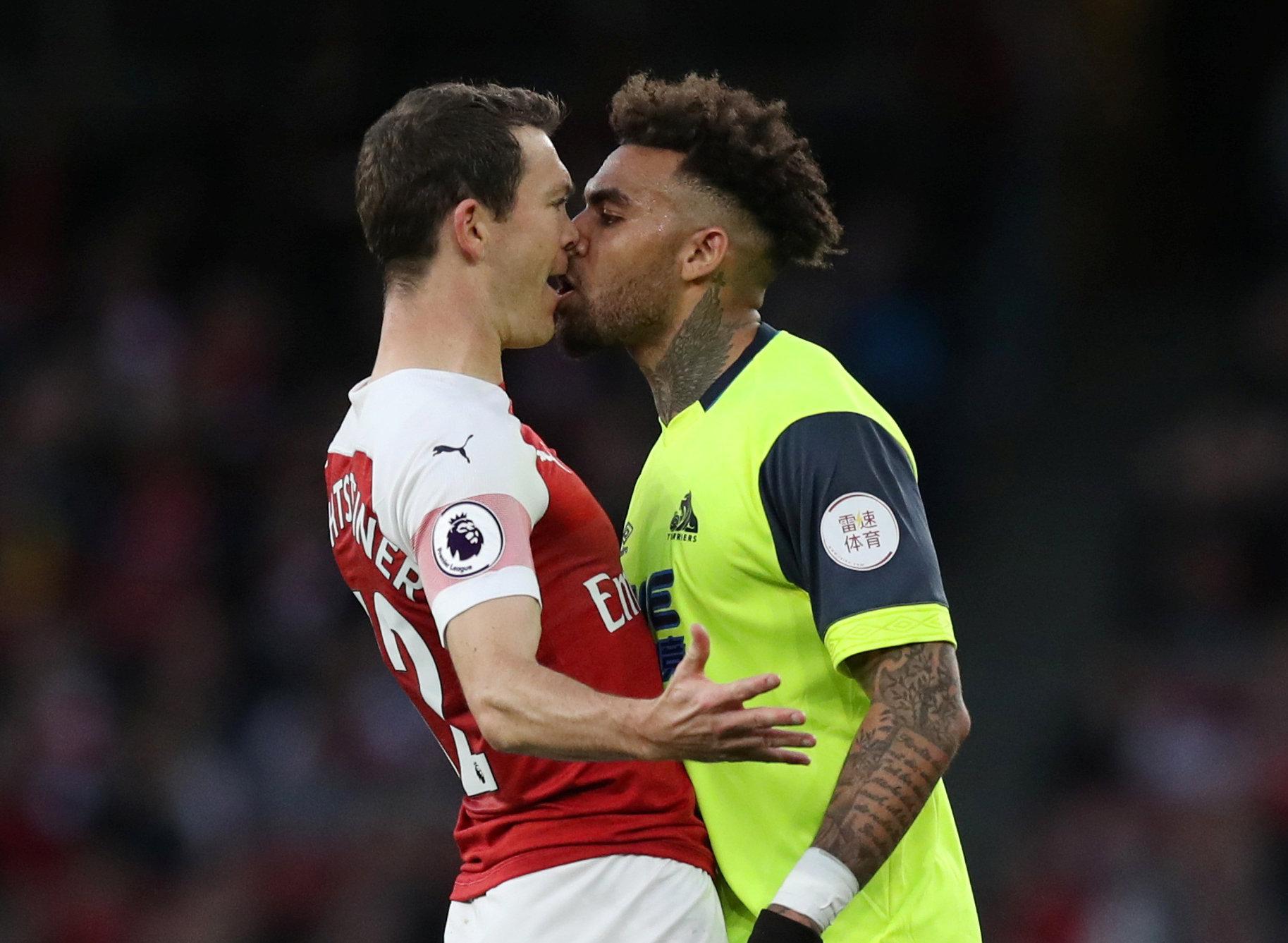 On the 36th minute mark Williams clattered into Torreira in a challenge that he seemed never destined to make.

Lichtsteiner was incensed by the tackle as tempers boiled over with the full-back squaring up to Williams.

Both Lichtsteiner and Williams are shown yellow cards while just two minutes later Tommy Smith was booked for a challenge on Guendouzi.

Nine bookings were shown in a game that also saw 33 fouls, as Arsenal snatched all three points late on. 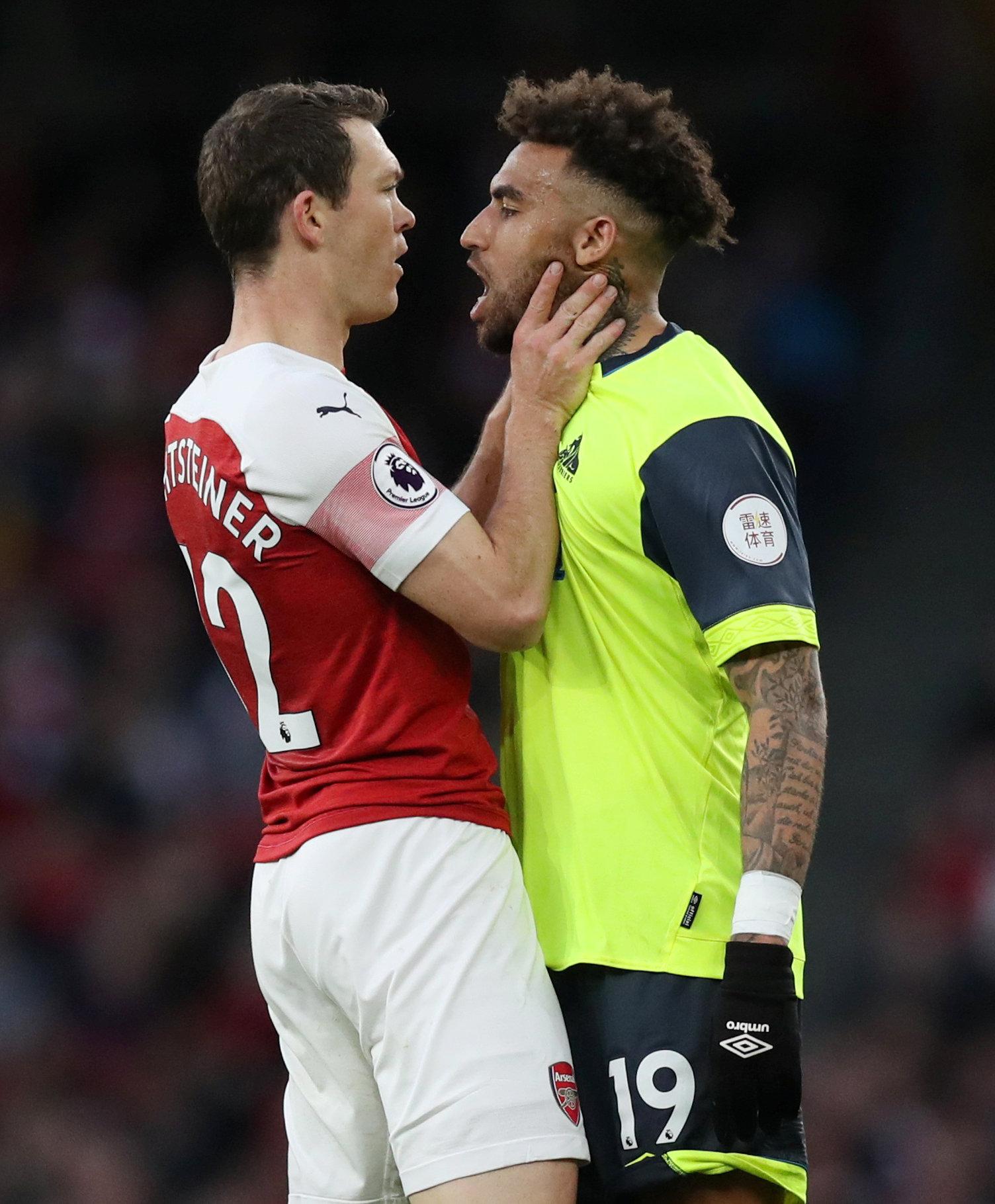 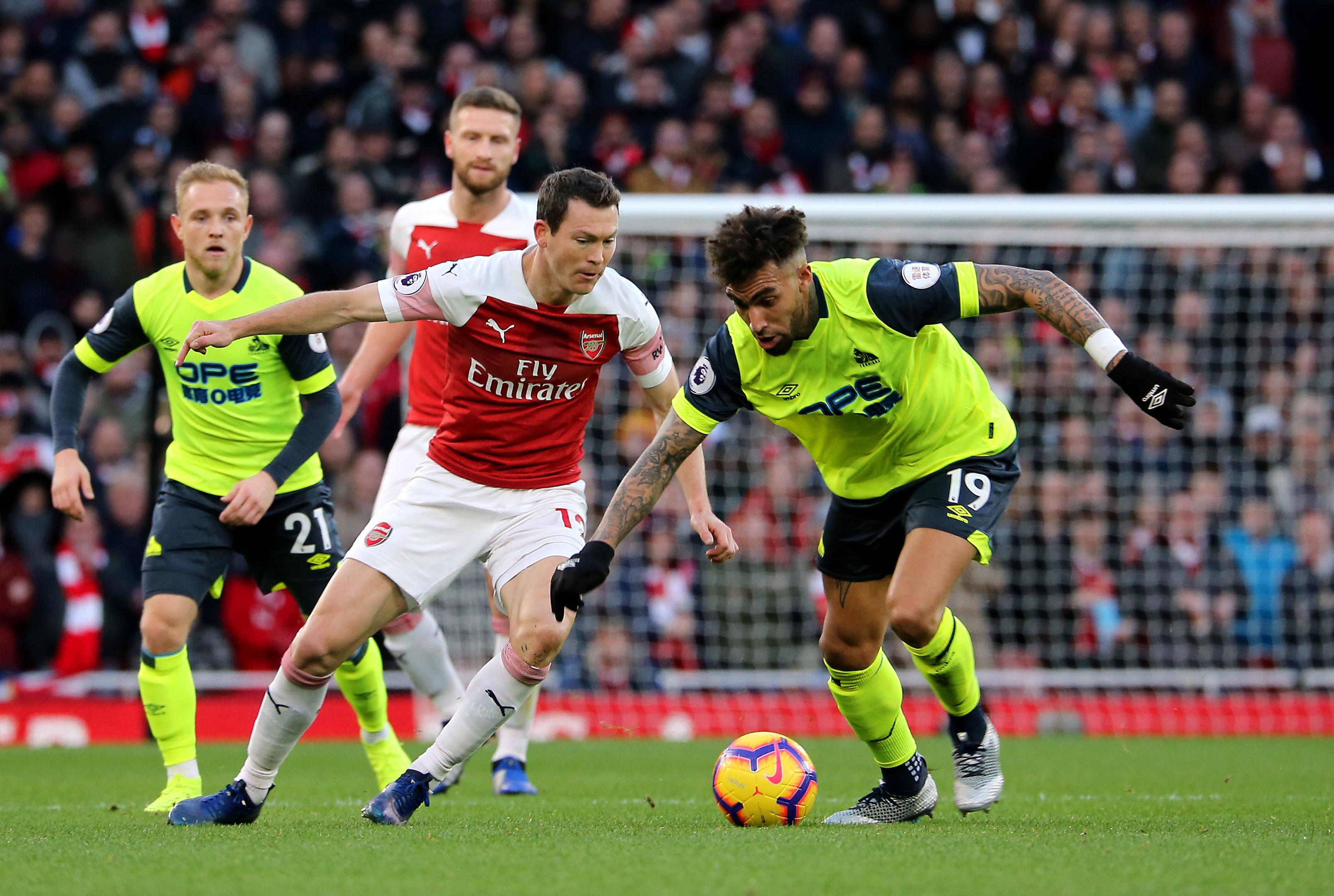 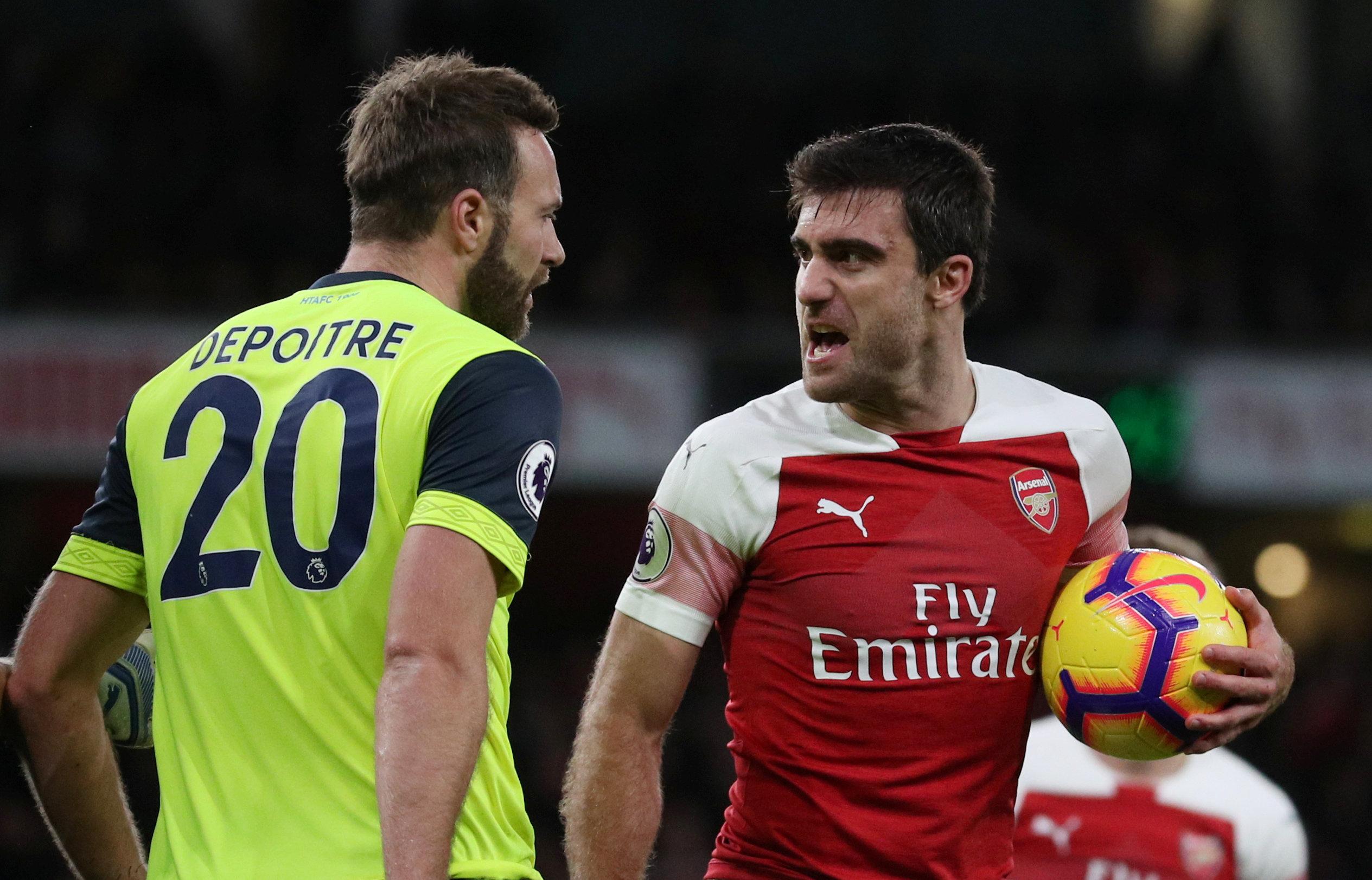 The Gunners now stretch to 14 games unbeaten, but they now face a battle with squad depth as they suffer an injury crisis.

Center-back Shkodran Mustafi was taken off with a hamstring injury, while Nacho Monreal is out with the same problem.

Rob Holding suffered a knee injury in Arsenal 2-2 away draw against Manchester United with the center-back expected to miss nine months out.

Arsenal will now go to Southampton in their next league game with just Laurent Koscielny – who has not played since last season – and Sokratis as the only recognised centre-backs available. 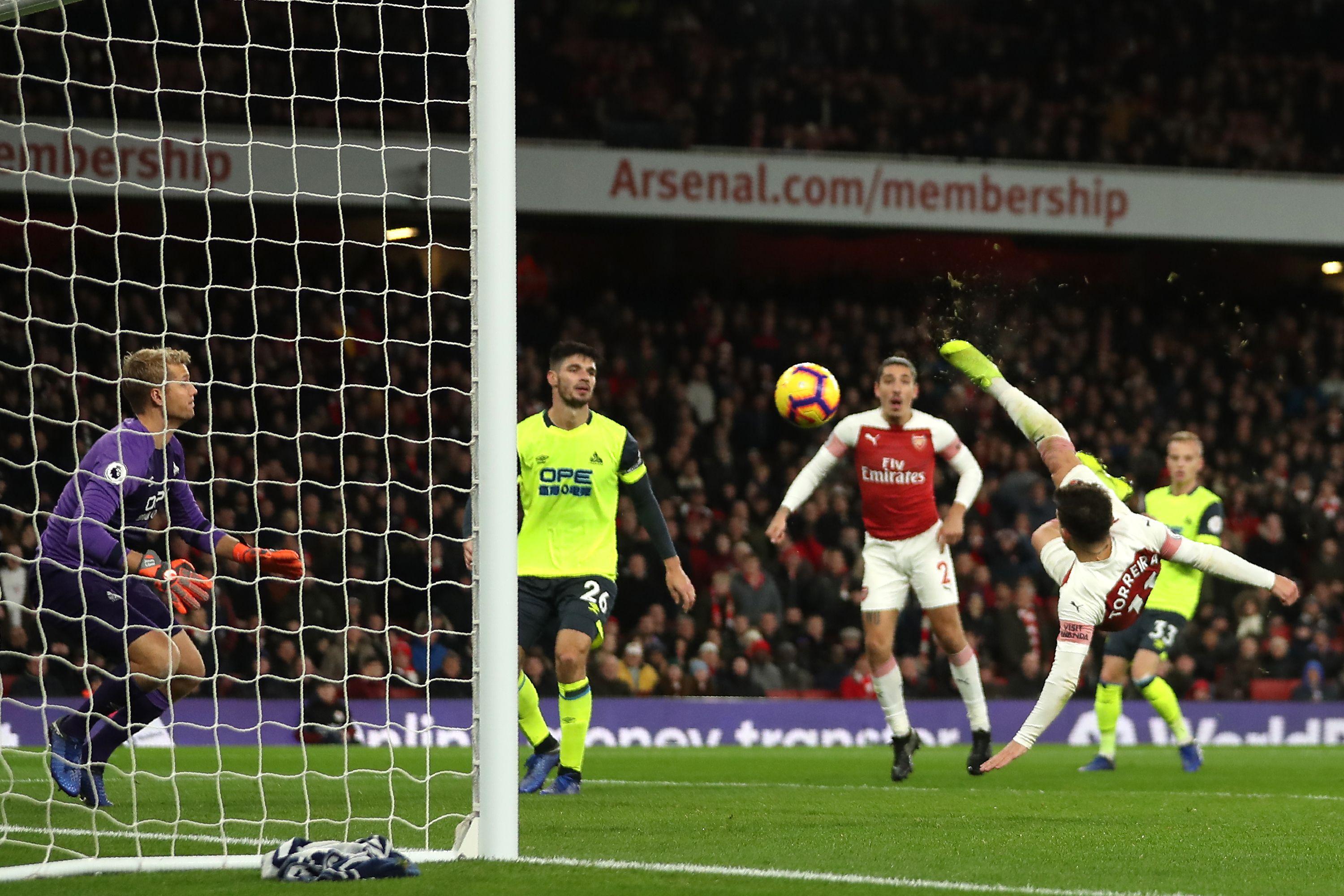 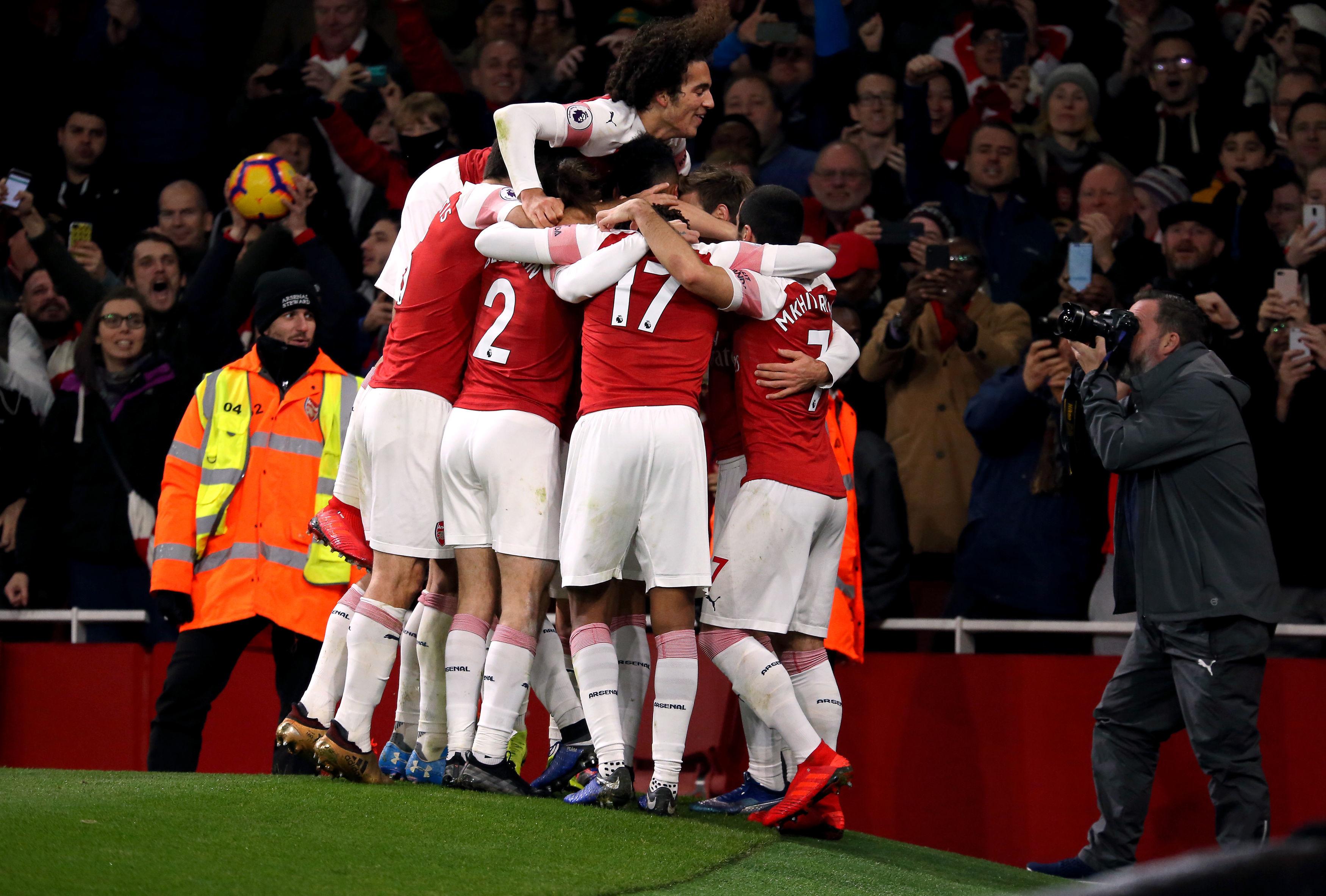 Forward Danny Welbeck is set to miss the rest of the season with an ankle injury he sustained against Sporting Lisbon in a Europa League clash.