CRISTIANO RONALDO'S mum has come out fighting against reports she has stopped talking to Georgina Rodriguez.

Dolores Aveiro has already shown her strength in bouncing back from a life-threatening stroke. 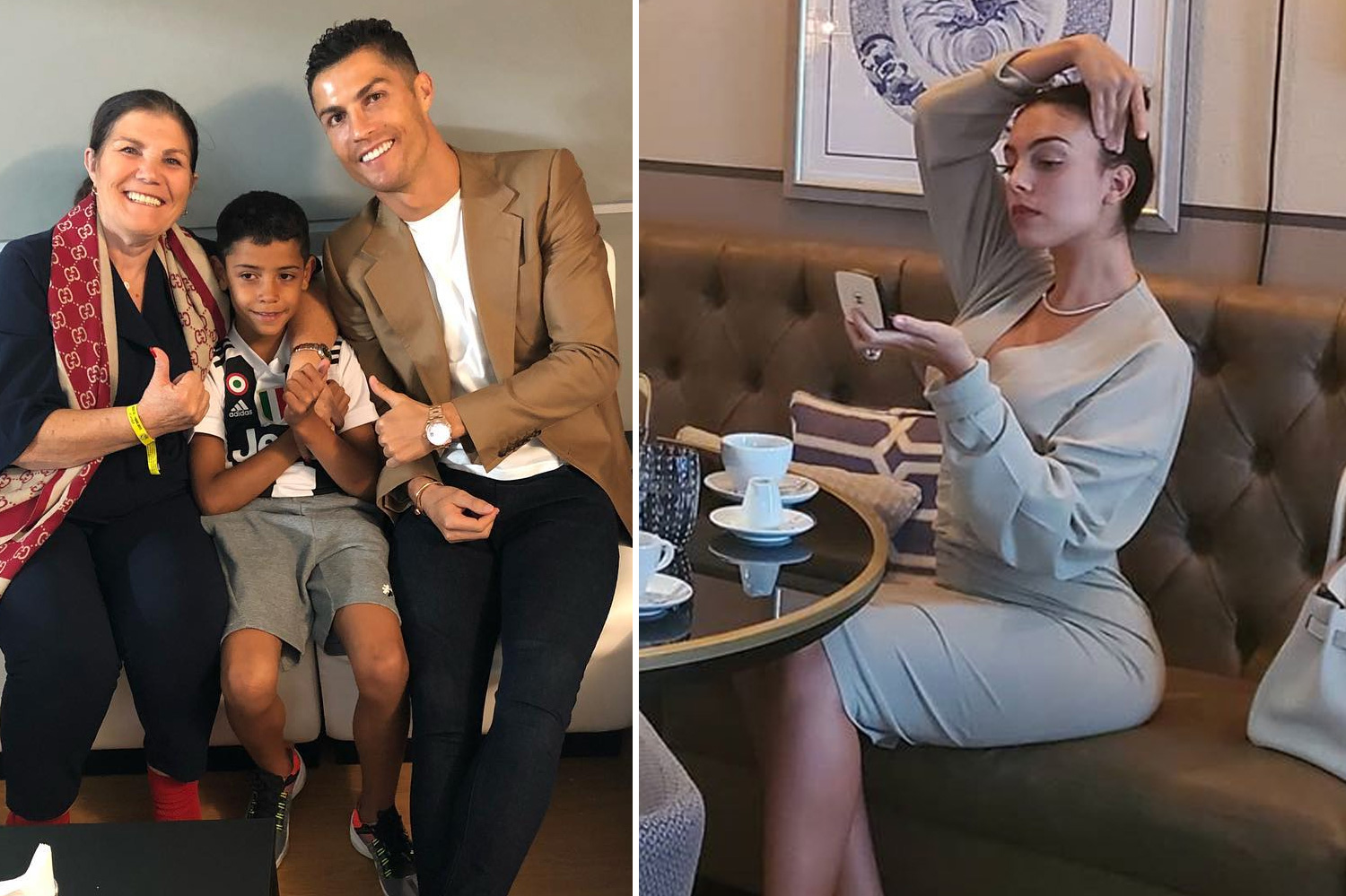 And now she has showed the same resolve to rubbish reports in Portugal of a rift with the woman she has described as a future “daughter-in-law” after she was accused of unfollowing her on Instagram.

Dolores, famed for her good nature and dislike of controversy, posted an Instagram Story to make it clear everything was hunky-dory with Georgina.

Portuguese news outlet Correio da Manha was among the Portuguese media that highlighted the fact the 65-year-old was no longer following the 25-year-old and said it showed there was a “new” rift between the two.

But Dolores hit back, as she said: “My dear followers, if I stop following someone I’ve got a direct connection with, it would be very strange and without intention.

“As you know I only use Instagram superficially and I don’t understand all this really.”

Describing Georgina as her daughter-in-law, normal in Southern Europe for long-standing partners although she and Cristiano are not officially married, Dolores added: “If I stopped following my daughter-in-law and other people it was by accident.

“I must have confused a button without meaning to. Stop making up stories because there’s no rift.”

The 65-year-old mum-of-four also made a point of ‘liking’ a photo Georgina posted on her Instagram page on Thursday, showing her looking fantastic in an elegant dress and high heels alongside the caption ‘Workday.’

Cristiano’s sister Katia, who lives in Brazil, also gave the photo the thumbs-up.

Dolores has remained in Madeira as she continues to get back to full health following her stroke on March 3.

Cristiano and his family have returned to Italy following a near-two-month stay on his native island and he is back at training with Serie A side Juventus.

Dolores has often had to endure claims of a topsy-turvy relationship with Georgina.

The Spanish model spent a large part of her stay in Madeira at a £3,500-a-week rented villa a short drive from the apartment block Cristiano owns in the capital Funchal where his mum lives.

In 2018 the Juventus star’s mum said of Georgina during a magazine interview about her son’s love life, children and his alcoholic dad Dinis who drank himself into an early grave in September 2005.

Georgina, a former shop worker born in the Pyrenees town of Jaca, has fuelled speculation she is pregnant again in recent weeks with a series of intriguing social media posts.

Two posts have featured the caption ‘Baby girl’ by a heart wrapped in a bow.