CRISTIANO RONALDO was consoled by his Serbian replica Nemanja Radonjic after the underdog's shock victory over Portugal on Sunday.

Ronaldo, 36, held back tears following Serbia's last-gasp 2-1 win in the World Cup qualifier which saw Portugal crash into the play-offs. 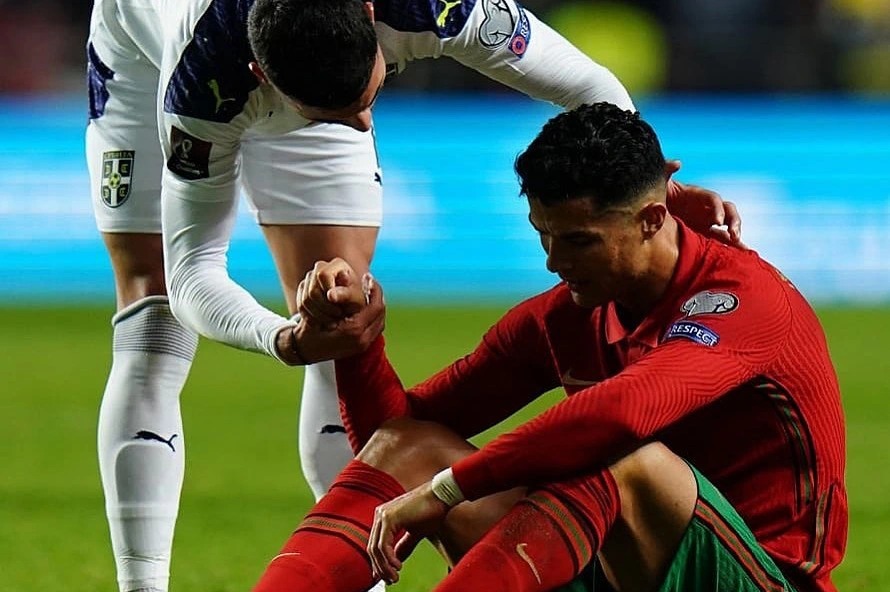 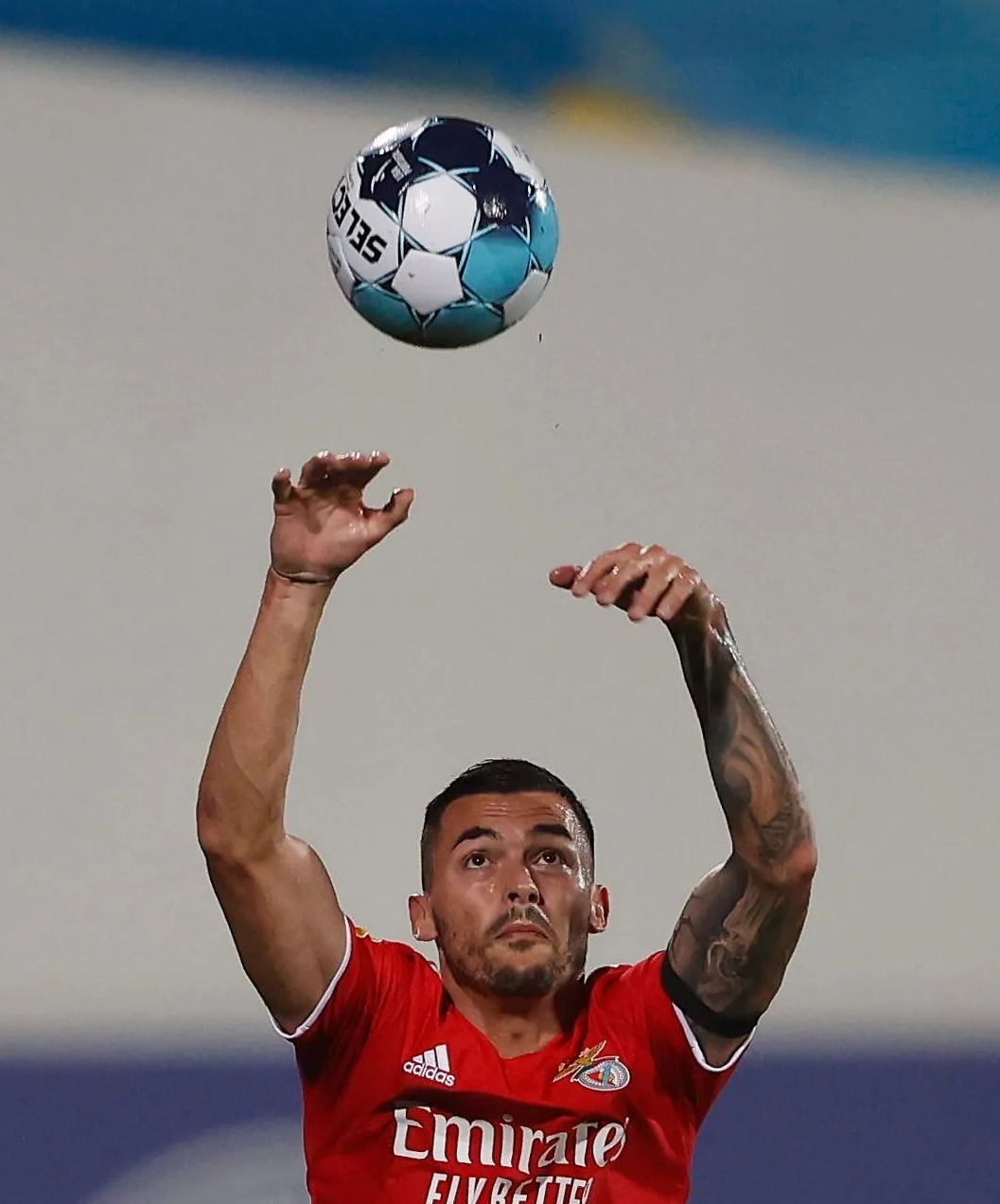 But as the Manchester United star sat in a heap, Serbian winger Radonjic, dubbed 'SR7' for his similarities on the pitch to Ronaldo, ran over to give him a helping hand.

The heart-warming moment was captured on camera and posted to Radonjic's Instagram account with the caption: "Hand to the greatest, " accompanied by the goat emoji.

Radonjic, 25, earned the 'SR7' moniker while playing for Marseille last season where he scored five goals and provided one assist.

Speaking on his comparison to the five-time Ballon d'Or, Radonjic previously said: "I saw that my team-mates compared me to Ronaldo on Instagram.

"It may be because we have a similar game during games and training."

But when it comes to scoring goals, the pair are worlds apart.

In comparison, Radonjic has only scored once in five games while on loan at Benfica from Marseille.

And all in all, Cristiano's racked up a phenomenal 683 career goals in 907 matches, in contrast to Radonjic's tally of 26 – albeit in 161 games.

However, not all of Radonjic's teammates were sympathetic to Cristiano's tears asPortugal's World Cup spot in Qatar next year hangs in the balance.

It may be the last time the Red Devils winger features in the competition but Serbian's match-winner Aleksandar Mitrović was in no mood for niceties as he allegedly trolled Cristiano after the game.

The striker ran over to the small section of Serbia fans holding a can of Coke aloft after firing his team to victory.

And some are convinced it's a cheeky reference to Ronaldo's coke snub at Euro 2020.

But Cristiano can always count on his mum, Dolores Aveiro, to be there for him and she posted a picture with him after Portugal's shocking loss on her Instagram account in a bid to cheer him up.

His No.1 fan wrote a rousing caption alongside the snap that read: "Force to believe always son."