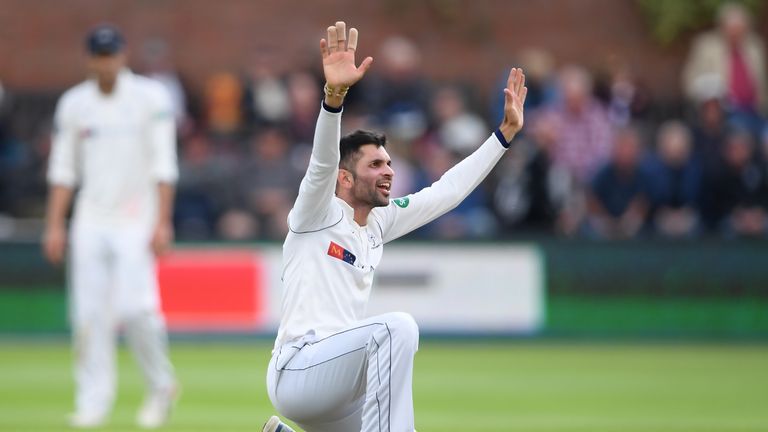 Yorkshire spinner Keshav Maharaj proved the scourge of Somerset again with 5-54 on the opening day of the Specsavers County Championship Division One match at Taunton.

The South African helped dismiss the hosts for 199 with only Tom Abell (66) and Jamie Overton (40 not out) showing any resistance. Yorkshire vs Somerset scorecard

Somerset, chasing a first-ever County Championship title, did fight back in the final session and dismissed Gary Ballance for 35 late on to leave Yorkshire on 70-3.

Essex also found life tough and could only restrict hosts Warwickshire to 269-3 at Edgbaston with Simon Harmer the only bowler to enjoy success on his way to 3-67. Essex vs Warwickshire scorecard

England hopeful Dominic Sibley provided a solid platform with 51 at the top of the order before Sam Hain (77 no) and Matthew Lamb (69 no) joined forces to put Warwickshire in a strong position.

Darren Stevens scored 88 as Kent made 304 against Nottinghamshire at Trent Bridge with able support from Heino Kuhn (56) and Daniel Bell-Drummond (45). Kent vs Nottinghamshire scorecard

Ravi Ashwin took his tally of county wickets to 27 from just four championship appearances as he finished with 4-121. Nottinghamshire finished on 35-2 in reply.

Ollie Pope pushed his case to be a part of England’s winter Test plans with a half-century as Surrey and Hampshire traded blows at the Ageas Bowl. Surrey vs Hampshire scorecard

Godleman’s 20th first-class ton was the runaway highlight of a scrappy innings from the visitors at Old Trafford, who were bowled out for a below-par 244. The hosts were 20-1 at the close following the loss of Alex Davies.

Michael Hogan and Timm van der Gugten established a position of strength with the ball for promotion-chasing Glamorgan away to Worcestershire. Glamorgan vs Worcestershire scorecard

Hogan claimed 4-53 and Van der Gugten 3-44 as Worcestershire were bowled out for 205 with Rikki Wessels top-scoring on 45. Glamorgan were 44-2 at the close. 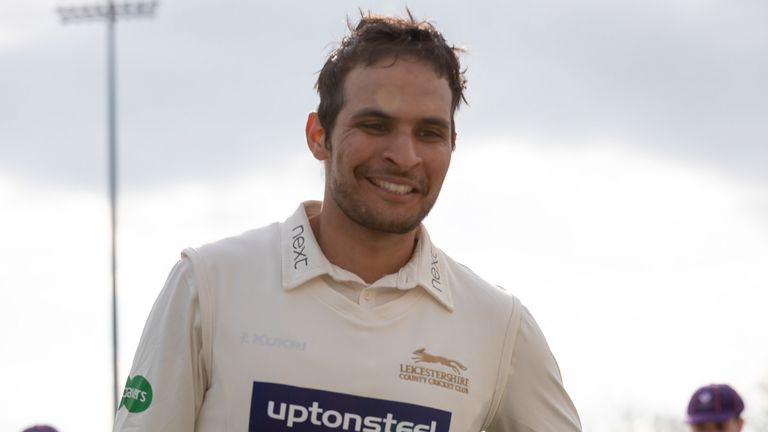 Azad made 86, sharing a partnership of 122 for the third wicket with Mark Cosgrove (65), with Luke Procter taking 3-43 for the visitors.

James Bracey stood out from the crowd as Gloucestershire’s batsmen found the going tough against Sussex at Bristol. Gloucestershire vs Sussex scorecard