Nevada fight regulators have postponed hearings on the suspensions of Conor McGregor and Khabib Nurmagomedov for a brawl after UFC 229 in Las Vegas.

Marnell has said fines and punishment up to a lifetime ban could be considered for the Irishman and the Russian from Dagestan. 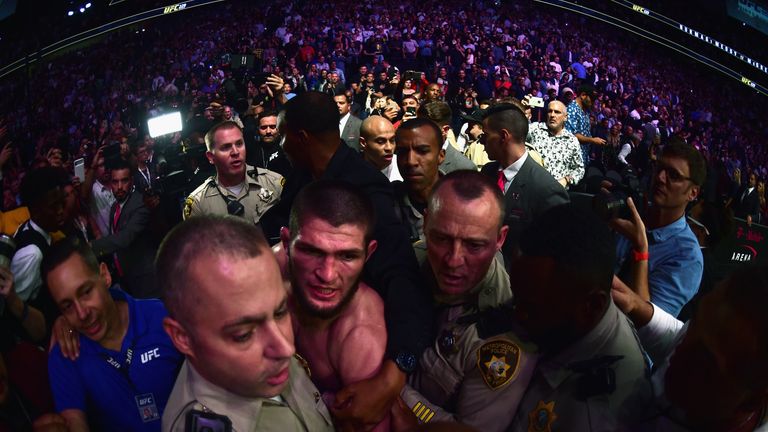 He says the suspensions will continue until an investigation is complete.

Both fighters were suspended and the board withheld $1m (£795,000) of Nurmagomedov’s purse after the October 6 brawl at T-Mobile Arena.