Sportsmail’s Dominic King gladly agreed to take on Conor Coady in the England squad’s ‘Players v Media’ darts challenge… but what followed was a ‘humiliating, embarrassing shambles’ for our man in Qatar!

‘You’re hustling me, aren’t you? Conor Coady said, with a wry smile. ‘Look at the stance! You’ve played, haven’t you?’

Looks, as always, can be deceptive. Any fears that Everton’s defender may have had before he stood on the oche next to your intrepid Sportsmail reporter for the latest round of “players v media” darts were swiftly and comprehensively dispersed.

Not since the late, great Jim Bowen beckoned the non-dart player over for the final challenge on Bullseye – the one who was most likely to pot a window than hit the board – have you seen three arrows thrown so badly. 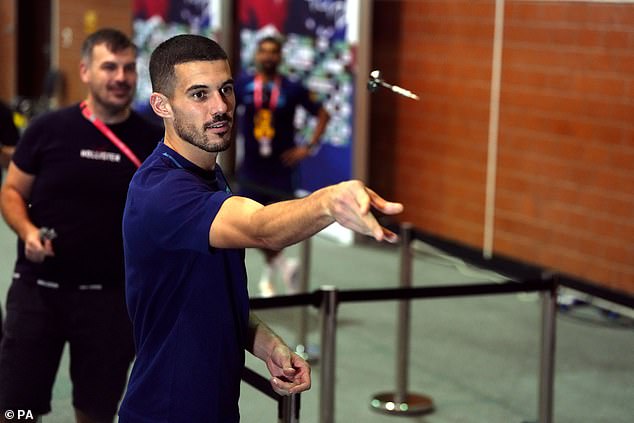 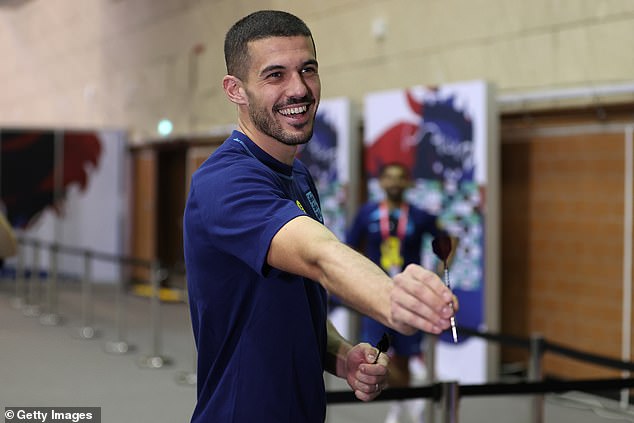 How had it come to this absolute shambles?

Before Coady entered the media facility at the Al Wakrah Sports Complex, England’s base out here in Doha, I did what anyone else would have done in this position and spent 10 minutes getting my sight in – I might visually resemble someone on the darts circuit but playing wouldn’t be a strength.

This is the third tournament that players v media darts has been part of the daily routine and the relaxed atmosphere around the camp could not be more different to Euro 2016, when Joe Hart refused to even reveal which players were winning in games between themselves.

So after being asked by the FA Media squad if I would take on the challenge, I had a few goes: 46 to start with. Not bad! We’d have taken that – there were even a few approving nodding heads from the assembled photographers.

Then again – 87! Maybe this isn’t going to be too bad at all. Then another respectable bash: treble 14, treble 11 and 7 for 82. All of these totals would have been gleefully accepted. It might not be Michael van Gerwen but it would be good enough for here. 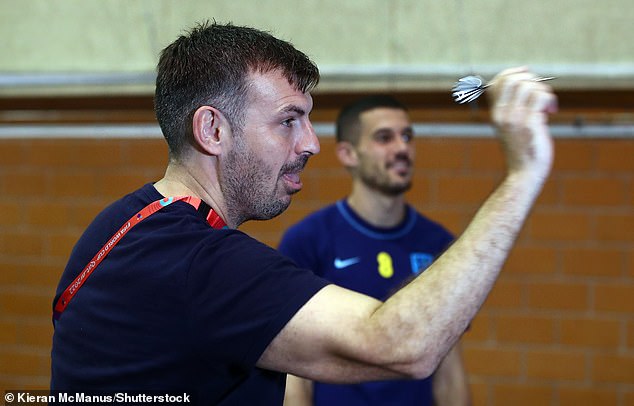 King could only manage a ‘humiliating, embarrassing’ score of eight with his three darts 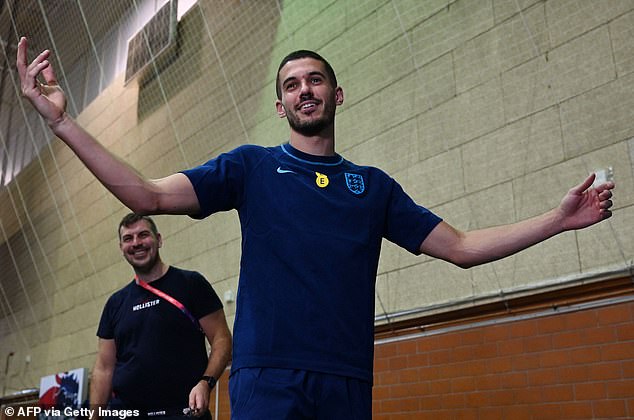 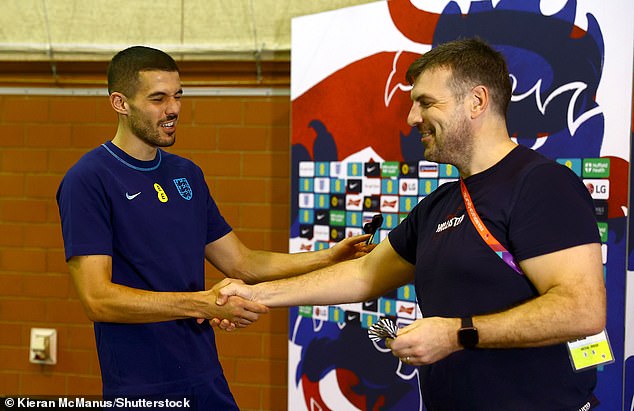 Practice, however, did not make perfect for this hapless soul as were soon to find out.

First dart? One. Oh no. Second dart? Two. Oh for… you know the next two words. I could have said we were playing “round the clock” but my mind had been scrambled by the prospect of humiliation and embarrassment. Next dart? Five. Three (darts) for eight, like an old England batting collapse.

Up stepped Conor, whose first arrow plonked emphatically into 13.

‘Do I need to continue?’ he said with a smile and a glint in his eye. Of course he did. He almost got a bullseye with his next before finishing with a six. This painful tale should end there but, no. I threw three more darts to get it out of my system. The total? 10. We’ll leave the sport to the professionals.