City dug out a 1-1 draw with Melbourne Victory on Saturday night with a 92nd-minute equaliser, scored by Dario Vidosic and assisted by Jamieson. 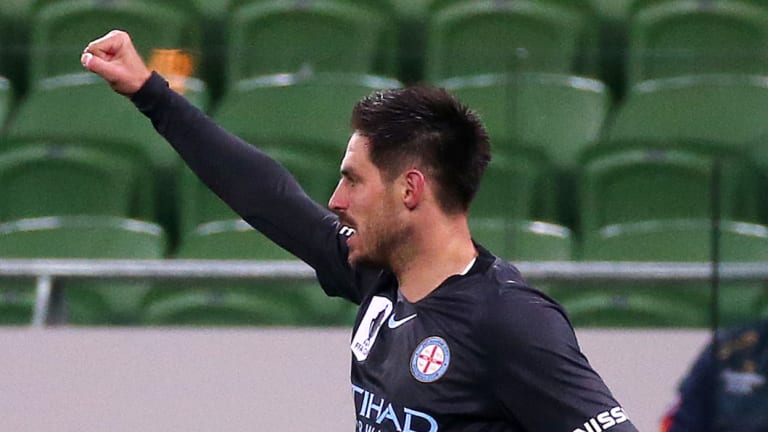 The skipper had an incident-packed night but hoped his late cross could be the start of a galvanising run for City.

And Jamieson hasn't given up hope that the club's all-time goalscorer can be a part of it.

Fornaroli hasn't been picked for a month, since coach Warren Joyce took issue with his fitness and attitude.

But with City managing just 11 goals in nine games, Jamieson knows a fix is needed.

"It's up to the football club now and the people above. Hopefully Warren, Bruno and a few of us can maybe sit down and try to work something out for the positive of the football club," he said.

Joyce declined to discuss the issue after the match, saying "nothing had changed" in the standoff.

The ex-Manchester United assistant did praise his "outstanding" players for finding the resolve to equalise, meaning City had picked up two wins and a draw from the four games without the Uruguayan.

"I've been at football clubs as a player where there's a circus going on," he said.

"Sometimes it's not easy … particularly when we've got young kids as well.

"They showed tremendous fighting spirit to drive the game and get something out of it."

Jamieson's late intervention saved the result but earlier in the match he had two comedic moments.

He mimicked a "call me" sign to James Troisi, referencing Socceroos coach Graham Arnold's decision not to give him a courtesy call before overlooking the Victory man for the Asian Cup.

"I don't want it to turn into something because I really get on with James and I really respect him … it was a tongue in cheek thing. It wasn't to be disrespectful, it was a bit of a laugh," he said.

Shortly after, he got into a shooting position before spraying an effort high and wide for a goal kick; but all was forgotten when City earnt a point.

"It wasn't very good was it. One of those where you get a bit excited and away she went," Jamieson said.

"A ballboy probably got hurt over the other side.

"But it's always exciting to score a late equaliser and we deserved it … I felt ecstatic like our supporters."