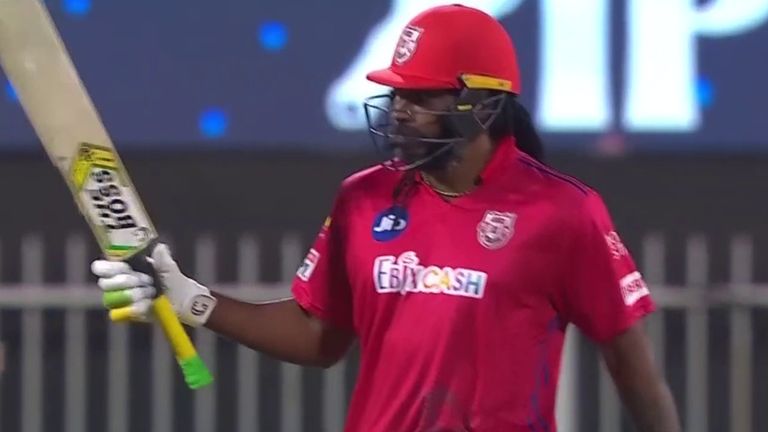 Chris Gayle became the first batsman to score 1,000 T20 sixes after passing the milestone during a bruising innings in the IPL.

The 41-year-old West Indian hammered eight sixes, taking his career tally in the format to 1,001, during a knock of 99 from 63 balls for Kings XI Punjab against Rajasthan Royals in Abu Dhabi.

Gayle thumped his 1,001st six off Jofra Archer in the final over of Kings XI’s innings, only to then be bowled next delivery by the England paceman as he missed out on a 23rd T20 hundred. 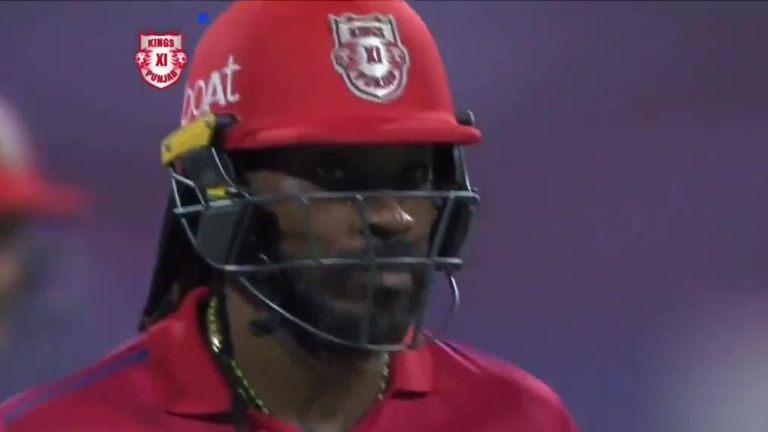 The Jamaican’s total of T20 sixes is over 300 more than second-placed Kieron Pollard, who has hit 690 maximums to date and over 500 more than third-place Brendon McCullum, who struck 485.

Speaking after his innings, Gayle – who now has three half-centuries in six IPL innings this season – said: “To the guys I promised a century, I missed out, but in my mind it’s a century! It was a good knock.

“Getting out on 99 was unfortunate. I have been there and done that already but these things happen.

“I have to give thanks that I am still hitting it well at the age of 41. I think the dedication and hard work has paid off over the years

“I am still feeling good. It’s all about the mental aspect of my game, I think that’s what’s keeping me going.

“I am still enjoying my cricket the same way and I still want to do well. I’d love an IPL trophy under my belt.”

Just witnessed a 41 yr getting the most amazing 99 !!! In doing so he hit his 1000 six in T20 cricket … Without question @henrygayle has to be the greatest T20 player of all time … #UniverseBoss #IPLinUAE

T20 ka Bradman- Chris Gayls. Without a doubt the greatest that there has ever been @henrygayle . Entertainment ka baap. #KXIPvRR

349 – Number of sixes for Gayle in the Indian Premier League, the most by a batsman in any T20 league.

18 – The highest number of sixes Gayle has struck in one T20 innings, for Rangpur Riders against Dhaka Dynamites in the 2017 Bangladesh Premier League final.

18 – Number of times Gayle has hit 10 or more sixes in a T20 match. No other batsman has done it more than three times.

Watch every match of the 2020 IPL live on Sky Sports Cricket.

You can also catch hour-long highlights of each game every weekday at 8pm and then at 7pm and 8pm on double-header weekends.