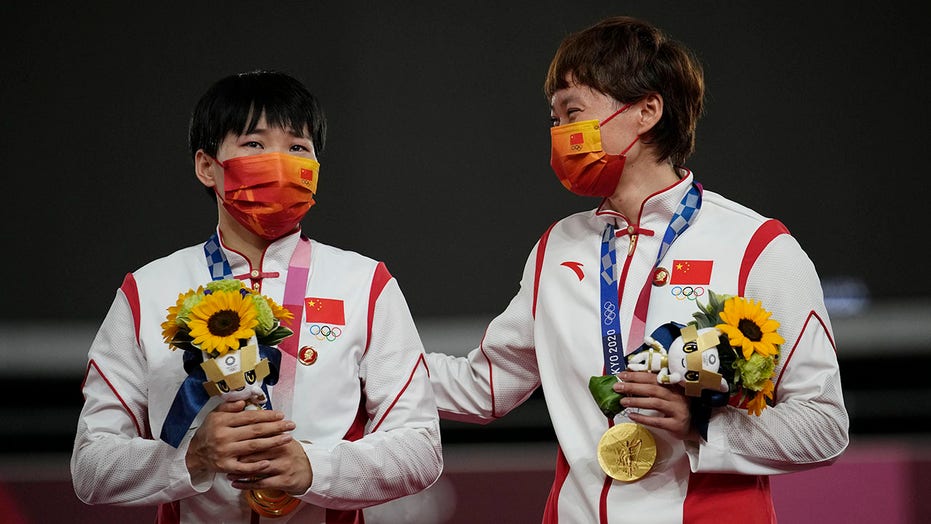 Bao Shanju and Zhong Tianshi won gold in the women’s sprint in track cycling on Monday, and when they took the podium to receive their medals, both were pictured wearing red Mao pins. 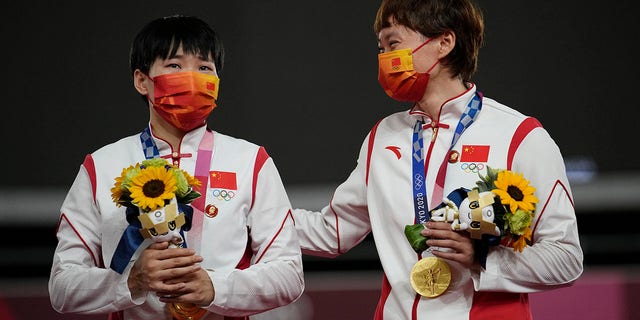 The duo could face punishment for the display under Rule 50 of the Olympic Charter if the pins are deemed “political propaganda.”

“No kind of demonstration or political, religious or racial propaganda is permitted in any Olympic sites, venus or other areas,” the policy reads. Violations of that rule could result in “disqualification” or “withdrawal of the accreditation of the person or delegation concerned.”

Badges showing Mao’s profile were worn by hundreds of millions of people in the 1960s to show their loyalty to the Communist Party chairman and the ultra-radical Cultural Revolution he launched in 1966.

The incident involving Bao and Zhong followed U.S. shot-put silver medalist Raven Saunders’ crossing the wrists of her raised arms on the podium after she stood facing the Chinese flag during the national anthem playing for Gong Lijiao.

“It’s the intersection of where all people who are oppressed meet,” Saunders said of her gesture.

It was unclear if Bao and Zhong wore the pins in response to Saunders’ gesture.

The U.S. Olympic body is taking no action against Saunders, who it said late Monday “was respectful of her competitors and did not violate our rules related to demonstration.”