CHELTENHAM Festival is famous for being Jump racing's showpiece event – and all the thrills and spills that go along with it.

From the infamous fall that is known as the 'most expensive in racing history' to an Olympian going from two wheels to four legs, it has had it all. 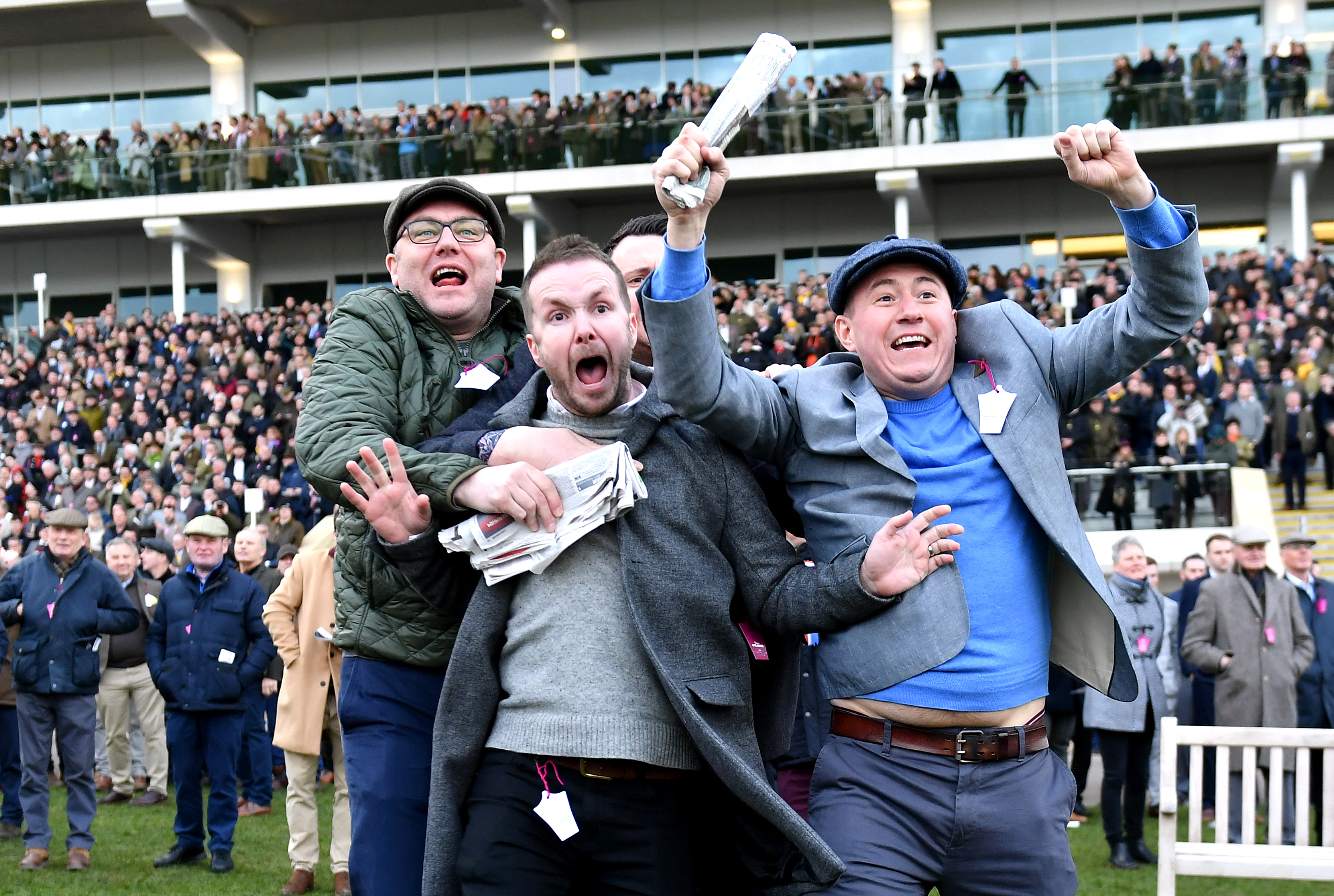 Here we look back at the seven most extraordinary moments from Prestbury Park.

Paddy Power: New Customer Offer. Place a £5 single racing bet, min odds 1/5 (1.2) and get £20 in free bets. You will also get an additional £5 in free bets for each day of the Cheltenham festival (£40 in total). Only deposits made using cards or Apple Pay will qualify for this promotion. Free bets will be awarded after the qualifying bet has been settled and are valid for 30 days. T&Cs apply. Paddy's Rewards Club: Get a £10 free bet when you place 5x bets of £10+. T&Cs apply. 18+ Begambleaware.org

Famed jockey Ruby Walsh was in command and on path to certain victory aboard Annie Power in the 2015 Mares' Hurdle.

But disaster struck at the final obstacle when the Willie Mullins-trained superstar fell with victory at her mercy.

The fall was estimated to have saved bookies a huge £50million pay out and is regarded as 'the most expensive fall in racing history'. 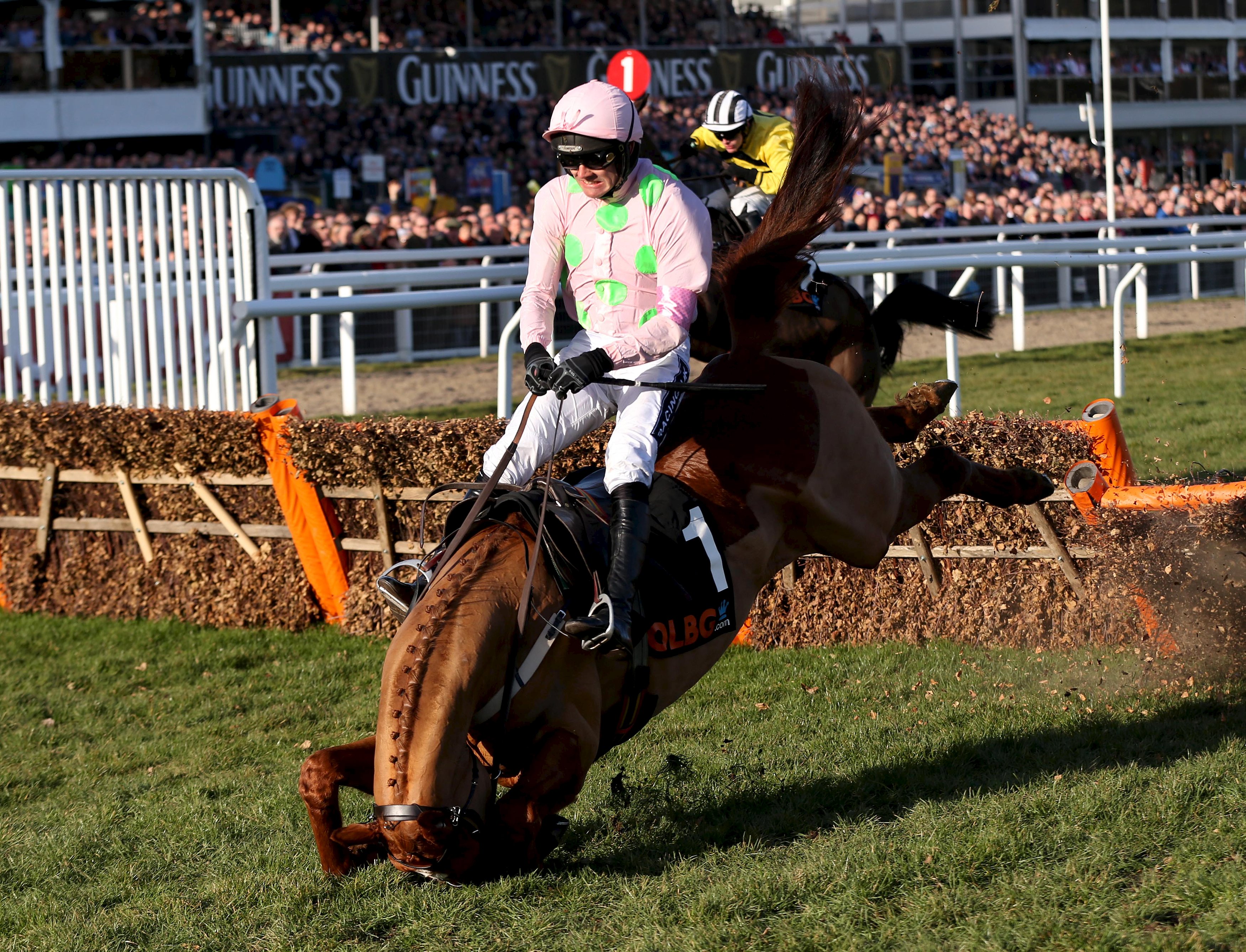 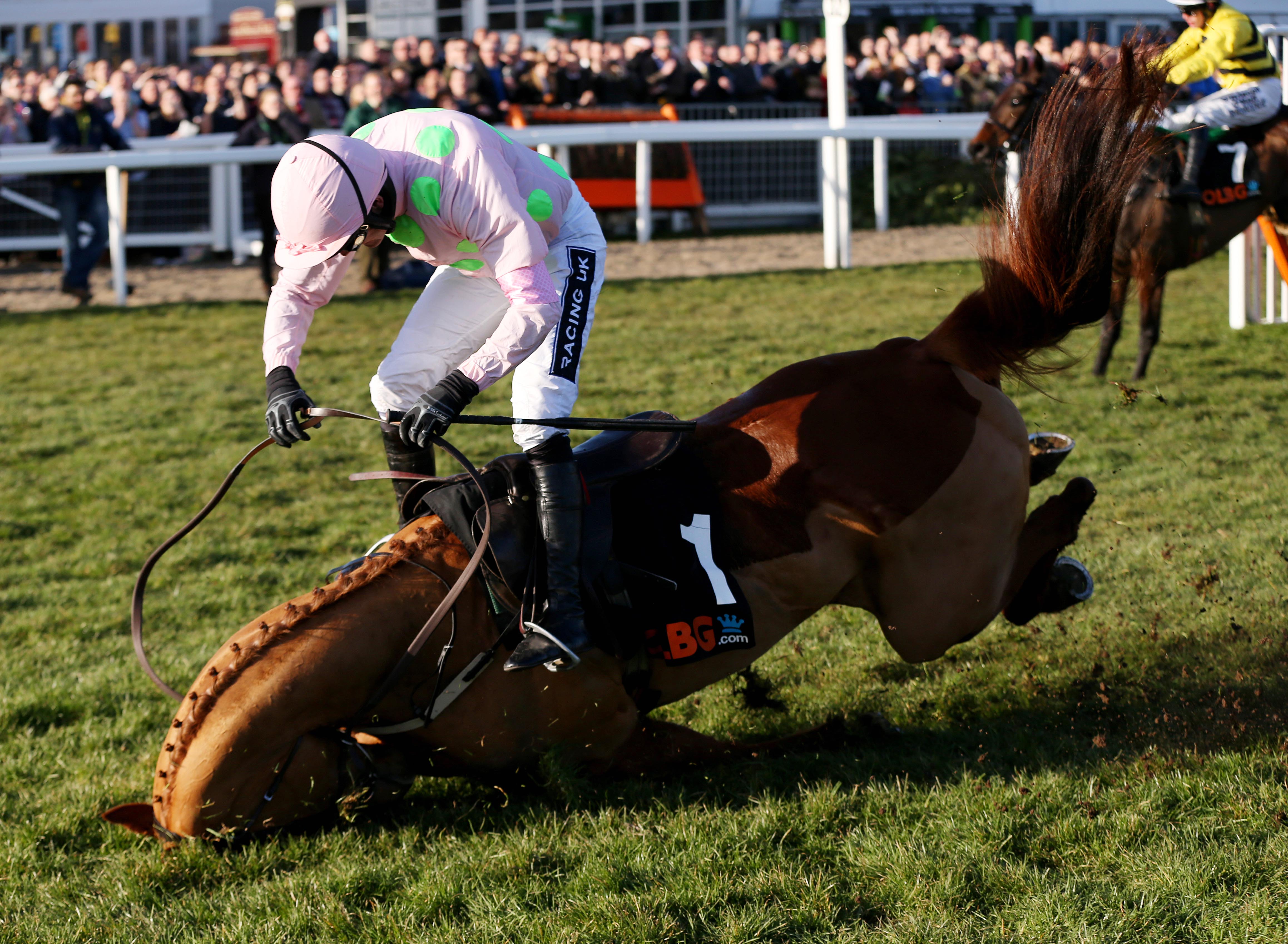 Punters had been licking their lips at the prospect of a whopping payday thanks to the Walsh/Mullins combo.

Douvan, Un De Sceaux and Faugheen had all won earlier in the day to leave bookies quaking in their boots.

But there is that old saying about them never losing, and sure enough four-fold accumulators were ruined when Walsh went at the last.

Fortunately, Annie was OK and won the Champion Hurdle the next year.

An Olympic hero on the bike, Victoria Pendleton had never ridden a horse when she was set the challenge of racing at Cheltenham five years ago.

But showing immense reserves of determination and skill, she steered Pacha Du Polder to fifth in the St James' Palace Foxhunters Chase. 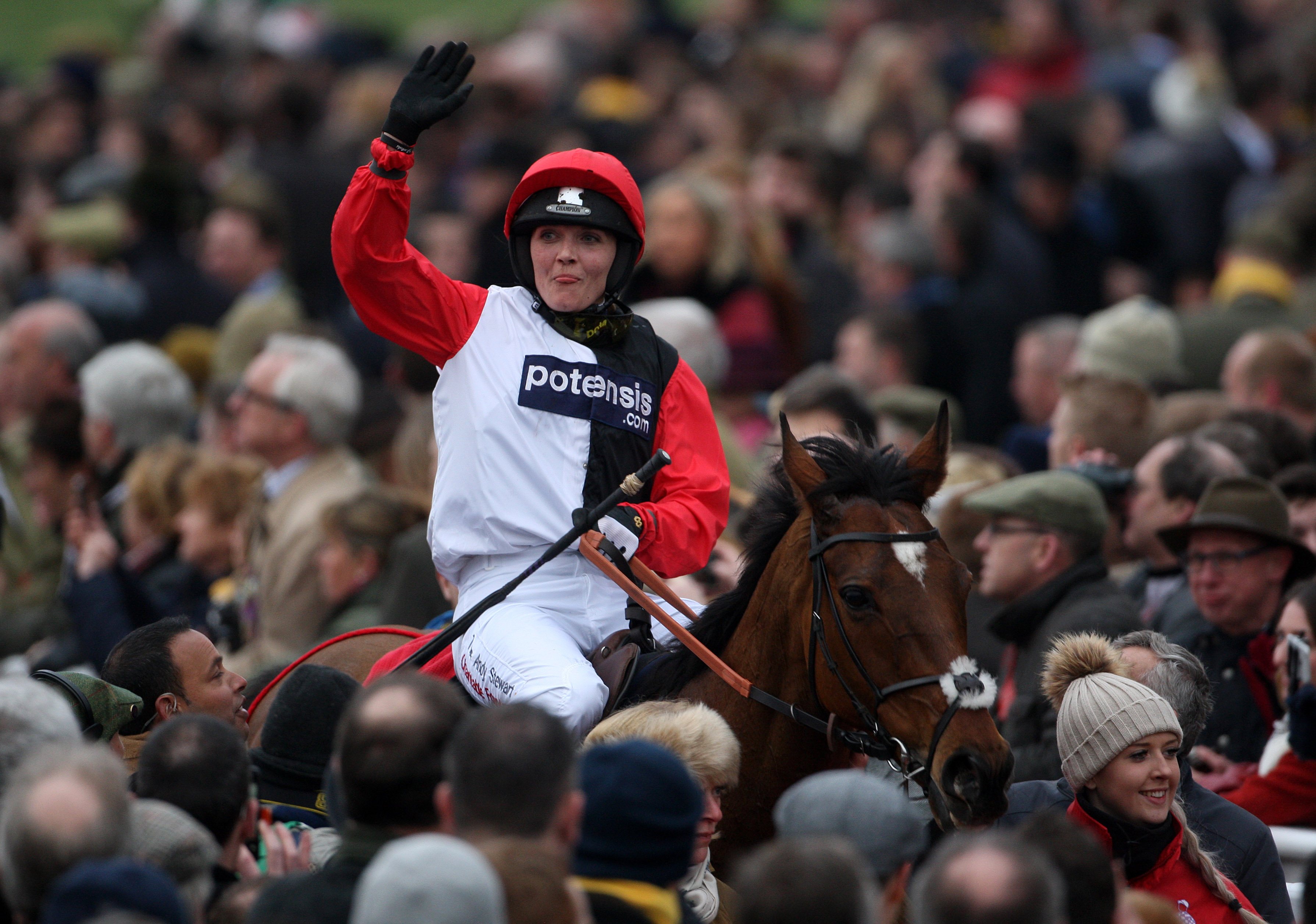 What did she make of it all? She said it was 'probably the greatest achievement of my life'.

High praise for someone with two gold medals.

The Grand National might be more famous, but there is no denying every jockey dreams of roaring up the Cheltenham hill in the lead in the Gold Cup.

No one thinks they can manage it as an amateur.

He won aboard Long Run in 2011, with the likes of AP McCoy and Barry Geraghty – who both pulled up their rides – and Walsh all lagging behind.

It is to a horse named after McCoy we next go – and his simply jaw-dropping win in last year's RSA Insurance Novices' Chase.

Nearly nine lengths down at the final fence and with the famous uphill finish to come, no one thought the Nicky Henderson-trained superstar could challenge Minella Indo and Allaho.

Then Minella Indo got in tight at the last.

Allaho ran out of gas.

And through came Geraghty on Champ for one of those true spine-tingling moments you never forget.

Fair to say next to no one was clutching a winning betting slip after the 1990 Gold Cup.

Norton's Coin, a 100-1 outsider with seemingly no chance of victory, did the job for Welsh dairy farmer Sirrell Griffiths, who had just two other horses in his stable.

And it was to prove the ultimate flash in the pan.

Norton's Coin won just one of his next 18 races before retiring.

Best Mate matched the legendary Arkle when winning a third Gold Cup in 2004.

It was one of those brilliant moments where a horse that has captured the hearts of the punting public performs again on the biggest scale.

We could see the same again this year as Al Boum Photo goes for a treble. 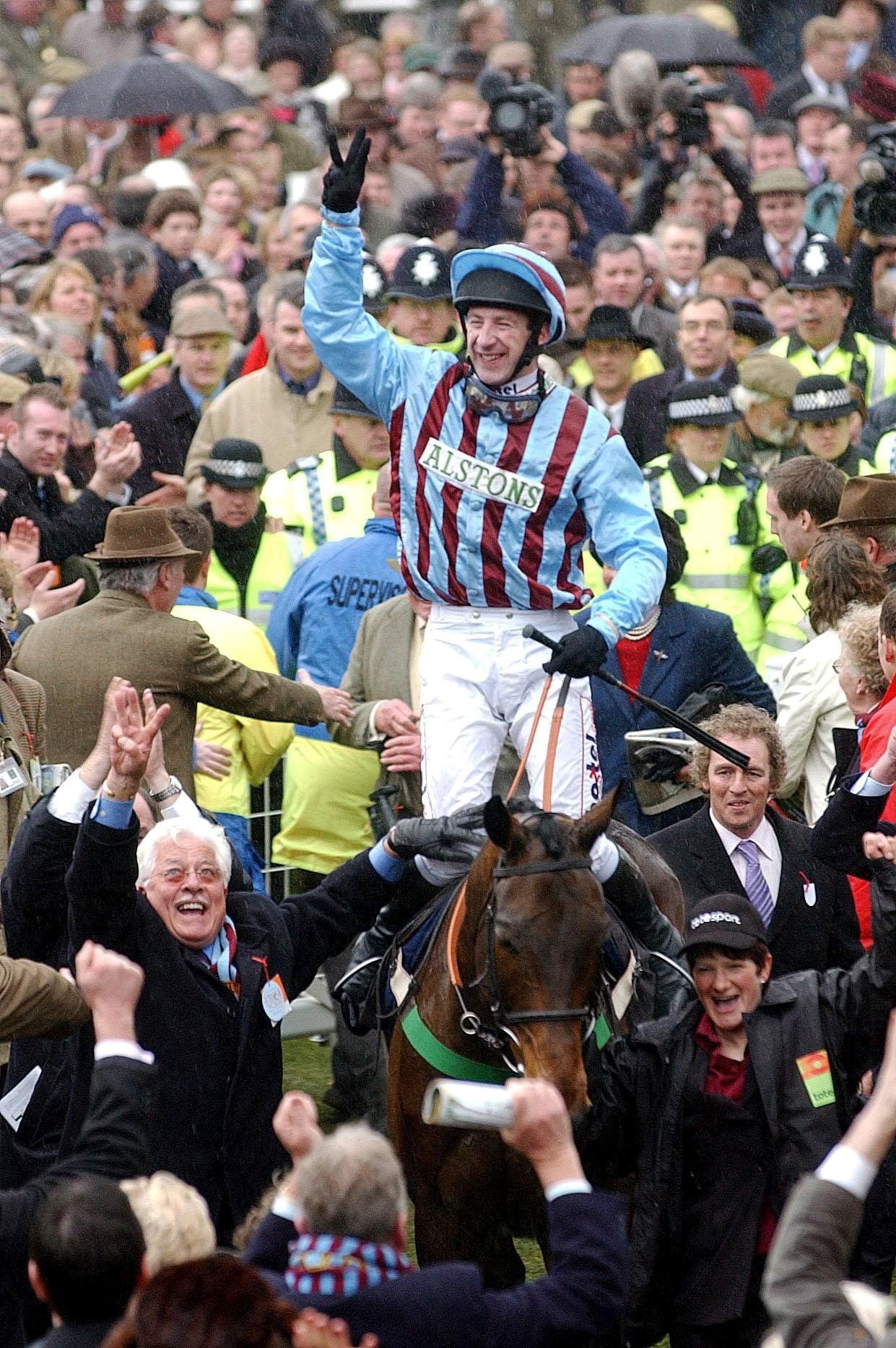 Cheltenham will be different this year, with everyone bar trainers and stable staff watching from home.

But for memories of the good times, let's go back to 2009, when Kauto Star regained the Gold Cup with victory over stablemate Denman. 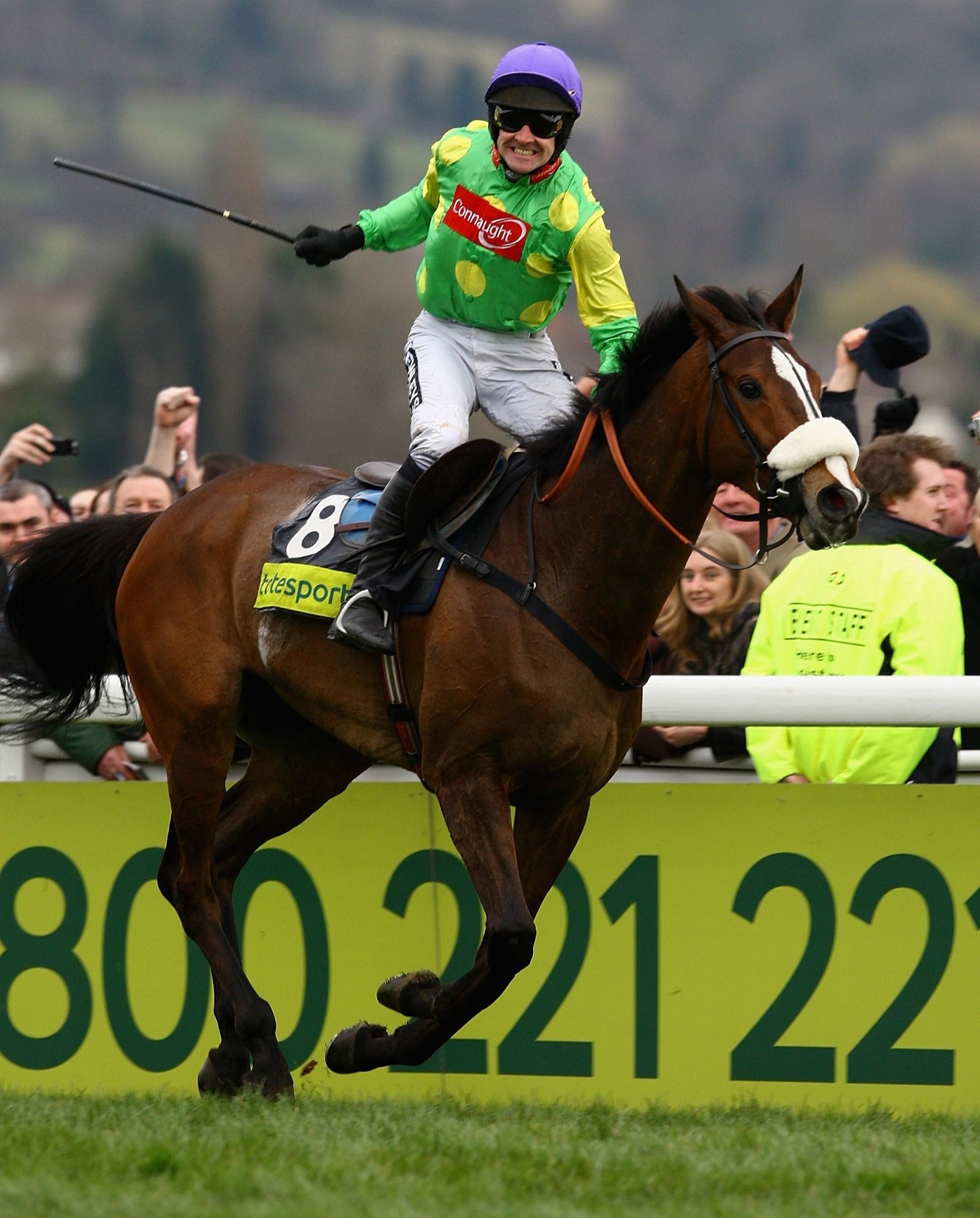 Pulling 13 lengths clear of his main rival – who beat him in the same race the year before – the Paul Nicholls-trained runner cemented his status as a legend with victory.

In doing so, he became the first horse to regain the Gold Cup after losing it.

For the punters there, whether they backed the horse or not, it was one of those moments where you just know you're witnessing history.