Christian Pulisic scored twice as Kai Havertz had his best game in a Chelsea shirt to stake his claim for a regular starting spot. 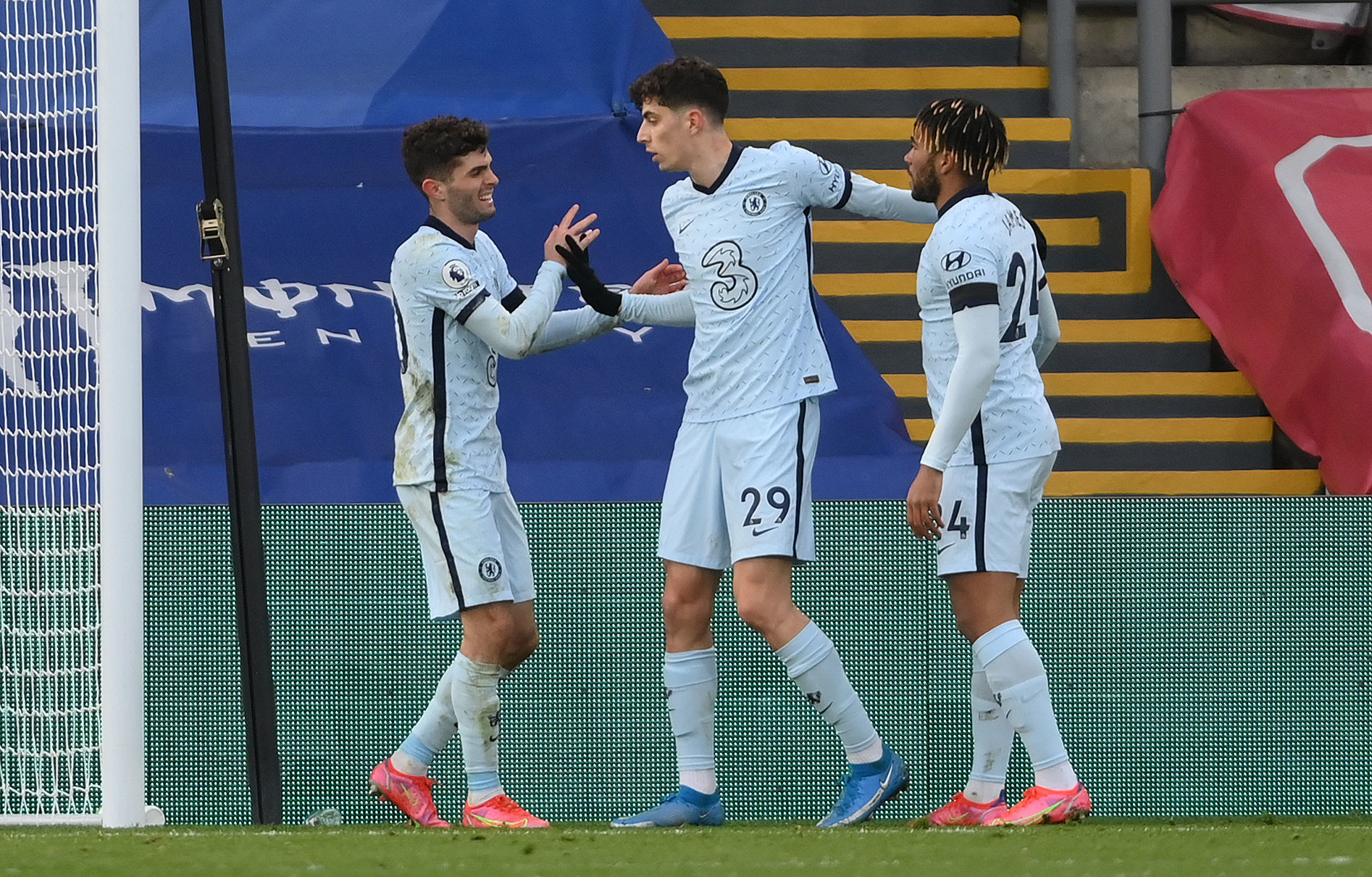 They were 3-0 up inside half an hour thanks to Kai Havertz, Kurt Zouma and Christian Pulisic.

Christian Benteke managed to pull one back for the home side just past the hour mark but the Pulisic struck again with 13 minutes remaining to wrap up the points.

The West Londoners moved fourth with the win with West Ham able to overtake them if they beat Leicester tomorrow.

He barely touched the ball for Chelsea and was only there to make up the numbers, that's how little he was troubled by Palace. Apart from Benteke's goal.

He had a couple of important tackles and blocks to make on the odd occasion that Palace did attack, and he did very well with that.

Also made use of himself in attacking positions.

Scored Chelsea's third goal with a brilliant header from a Mason Mount corner, and he looked like a real threat from every set piece.

Made a rash challenge that almost resulted in a threat from Palace in the first half, but largely did a good job.

He was largely untroubled at left centre back and was often not even pressed when he did have the ball.

Easy evening for him but he did his job well.

Put in a good and menacing performance, often looking to beat his man down the right and usually did.

Every time the ball went out to him, he made something happen.

He controlled the midfield alongside Kovacic perfectly and did not put a foot wrong, orchestrating Chelsea's play through the middle of the park.

Linked very well with Jorginho to control possession for Chelsea from deep, making some good triangles and dribbling with the ball well.

Always a threat down the left with his pace and caused a danger for Crystal Palace as the extra man in attack.

He looked well up for this game as he has been showing signs of recently, and his first half goal almost broke the net to put Chelsea 2-0 up.

And with his second goal he certainly staked a strong claim to keep a starting role moving forward and was constantly positive and direct on the ball.

A typical Mason Mount performance that we have grown used to seeing consistently.

He was bossing the ball in attack and was a real nuisance every time Palace got the ball getting tight on their first touches and intercepting it often.

Scored a brilliant goal and created an equally good goal for Chelsea both inside the first 13 minutes.

In fact, this was his best game in a Chelsea shirt and he probably should have scored more.

Chelsea conceded as soon as he came on unfortunately as he failed to block a cross, but he was his usual energetic and effective self otherwise.

Not enough time to make impact.

Not enough time to make impact.