CHELSEA legend Branislav Ivanovic managed just 13 minutes against his former club before needing to be replaced.

The 37-year-old, now playing for West Brom, pulled a hamstring while trying to keep up with Timo Werner. 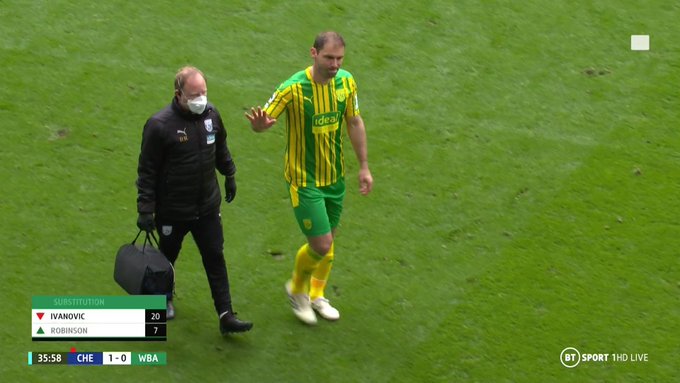 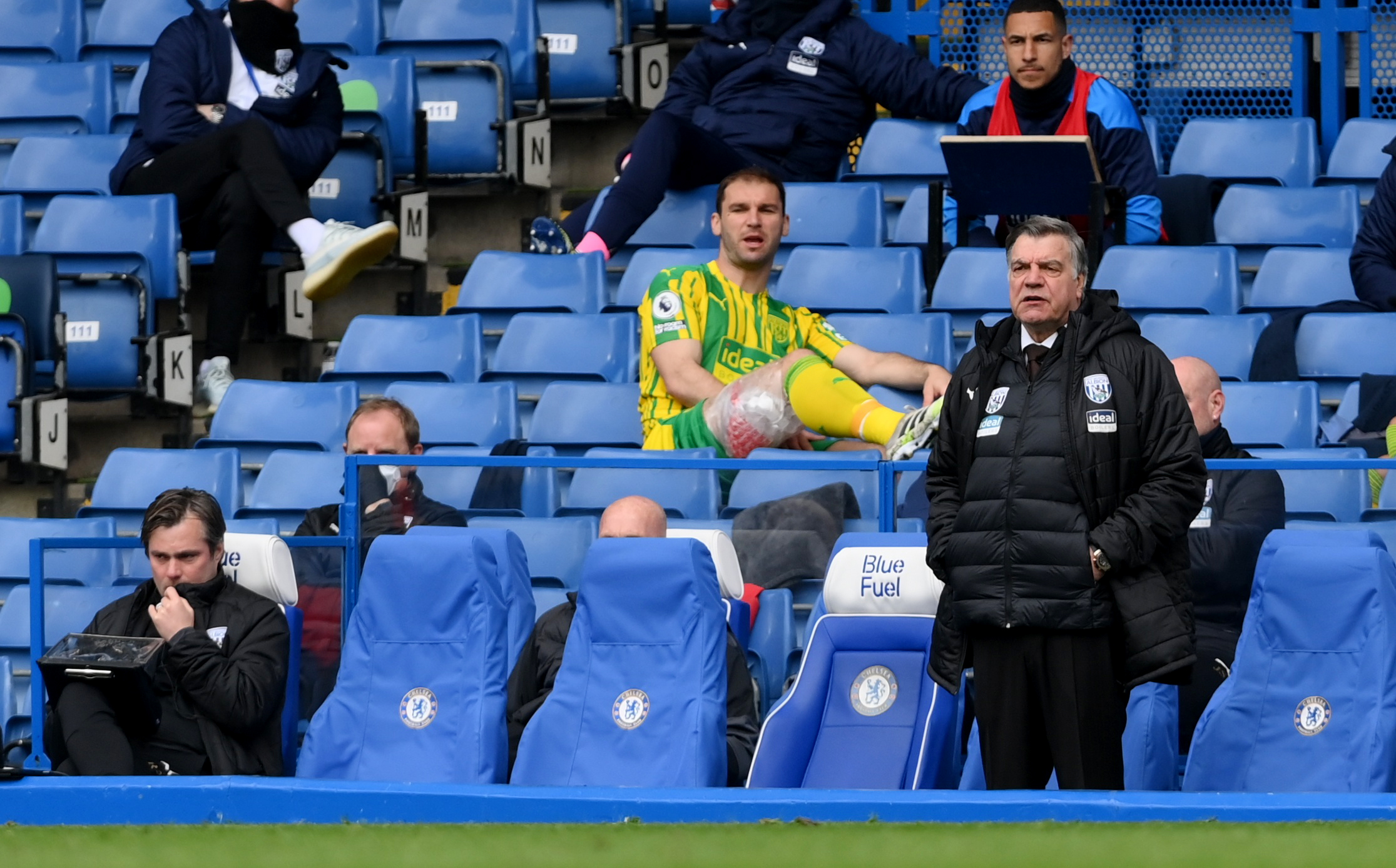 With the 25-year-old forward running through on goal, Ivanovic used all his experience and quality to try and stop him in his tracks.

And he successfully denied the 10-men Blues – who had Thiago Silva sent off for a second yellow card in the 29th minute – from doubling their 1-0 lead.

But it came at a cost as he pulled his hamstring and needed to be replaced – just 13 minutes after coming on for Dara O'Shea without a proper warm-up.

It was a short but sweet return for the Stamford Bridge icon, who won nine major honours during his time at the club.

Two goals from Costa Pereira just before half-time have given the visitors a precious 2-1 lead.

It is the first time Chelsea have conceded two goals in a match since Thomas Tuchel was appointed manager in January, and it got worse after the Baggies made it 4-2 in the second half.

Ivanovic played for the Blues between 2008 and 2017, making more than 250 Premier League appearances.

During that time he won three Premier League titles and the 2012 Champions League.

The former Serbia international also scored the winner in the 2013 Europa League final against Benfica.

He joined West Brom from Russian side Zenit Saint Petersburg at the beginning of the season and will be desperate to help Sam Allardyce's team avoid relegation.