CHELSEA unveiled the return of striker Romelu Lukaku with a brilliant throwback video to his previous spell at the club.

The 28-year-old, who officially completed the transfer back to Stamford Bridge for £97.5million on Thursday, spent three years with the Blues between 2011 and 2014. 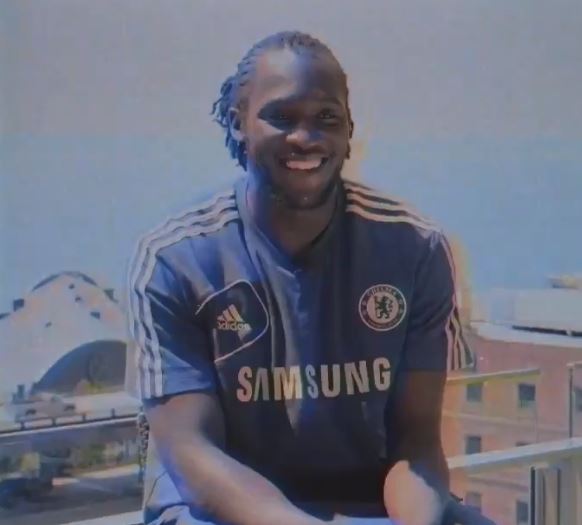 And while he only made 15 appearances during his first stint at Chelsea, the club used some old footage of Lukaku playing as a way of welcoming him back.

The short montage posted on social media showed the Belgian joining in August 2011 and then fast forwarded to now as he prepares to return.

Speaking about his move back to London, Lukaku told the club website: "I’m happy and blessed to be back at this wonderful club.

"It’s been a long journey for me: I came here as a kid who had a lot to learn, now I’m coming back with a lot of experience and more mature.

"The relationship I have with this club means so much to me, as you know. I have supported Chelsea as a kid and now to be back and try to help them win more titles is an amazing feeling.

"The way the club is going fits my ambitions perfectly at 28 and just coming off winning Serie A.

BETTING SPECIAL – GET ARSENAL TO BEAT BRENTFORD AT 30/1

"I think this opportunity comes at the right time and hopefully we can have a lot of success together.

"Since I left Chelsea, it’s been a long journey with a lot of ups and downs, but these experiences made me strong and the challenge is to try to help the team win some more trophies.

"I can’t wait to get started and to help the club achieve more success."

Lukaku has signed a five-year deal with Chelsea which will keep him at the club until 2026.

He then moved to Inter Milan where he netted 47 times in 74 Serie A appearances.

And Chelsea director Marina Granovskaia was thrilled to welcome Lukaku back.

"Romelu Lukaku is quite simply one of the world’s best strikers and goalscorers," she said.

"We are absolutely delighted to be bringing him back to the club he loves, and are excited to be adding his talent to our Champions League-winning squad.

"We are of course looking to build on last season’s success, and Lukaku will play a big role in achieving our targets. I’m sure all Chelsea fans will join me in saying welcome home, Romelu!"